Social distancing at the playground? Inventors come up with a way to keep children safe

Bumps, bruises and scratches aren’t the only danger now: how do you keep children safe on the playground during a global pandemic? Asking themselves this question, Berlin-based inventors Martin Binder and Claudio Rimmele created Rimbin, a concept for an infection-free playground. The space provides children with individual platforms, allowing them to see, communicate with and play games with each other safely. Parents, meanwhile, are able to keep an eye out from a distance.

Binder, a designer and artist, and Rimmele, a psychologist and publicist, came up with the idea after seeing playgrounds in Berlin become ‘forbidden areas’ during the country’s quarantine period. Knowing the well-established importance of recreational activity for the physical and mental development of children, the pair ventured to design a solution. ‘Even though playgrounds have reopened in Germany,’ they say, ‘playing together with unknown children cannot be as relaxed for the time being,’ with the risk of infection still at large. And, as they point out, ‘Several countries keep playgrounds closed, without a clear plan as to when they will reopen again. 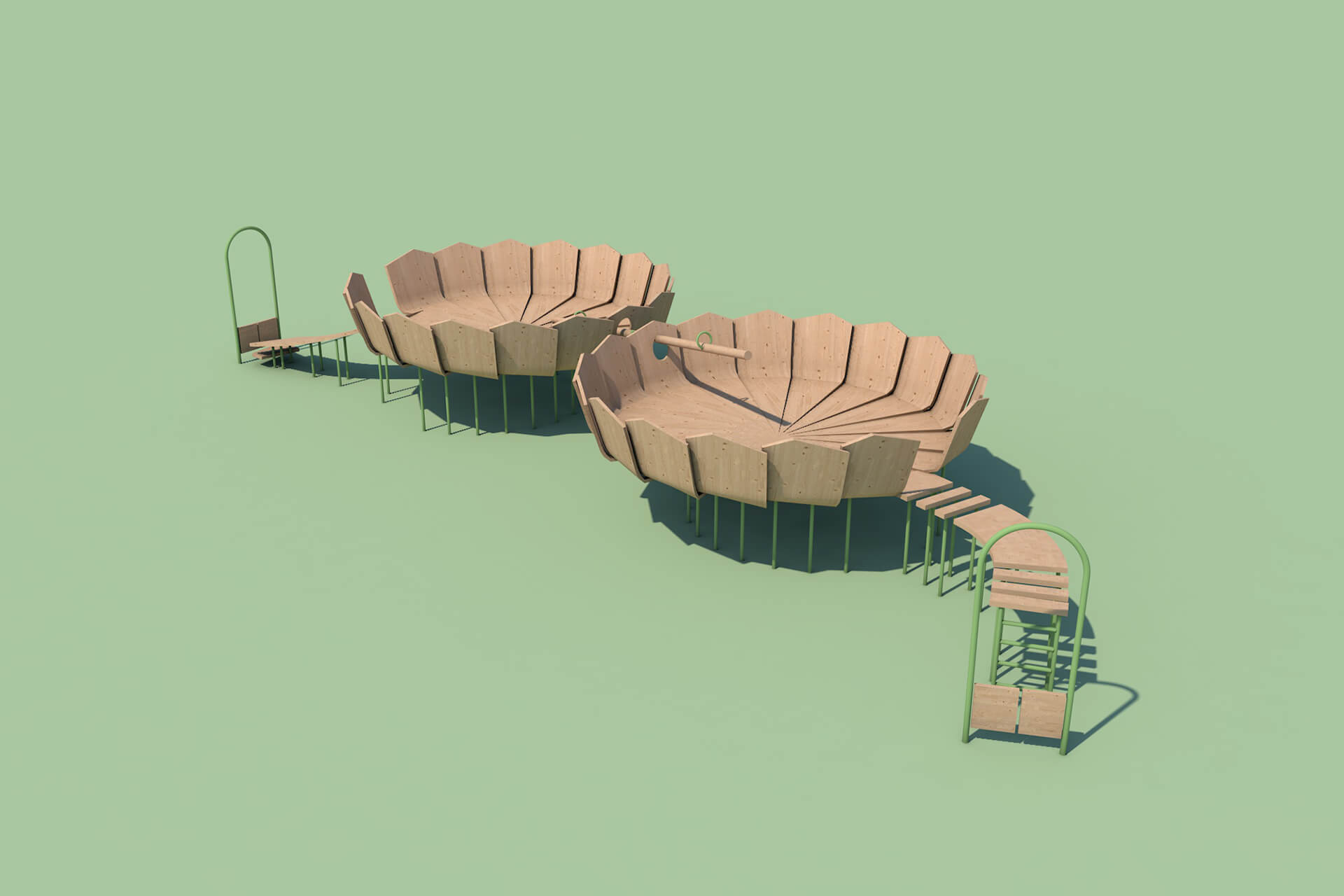 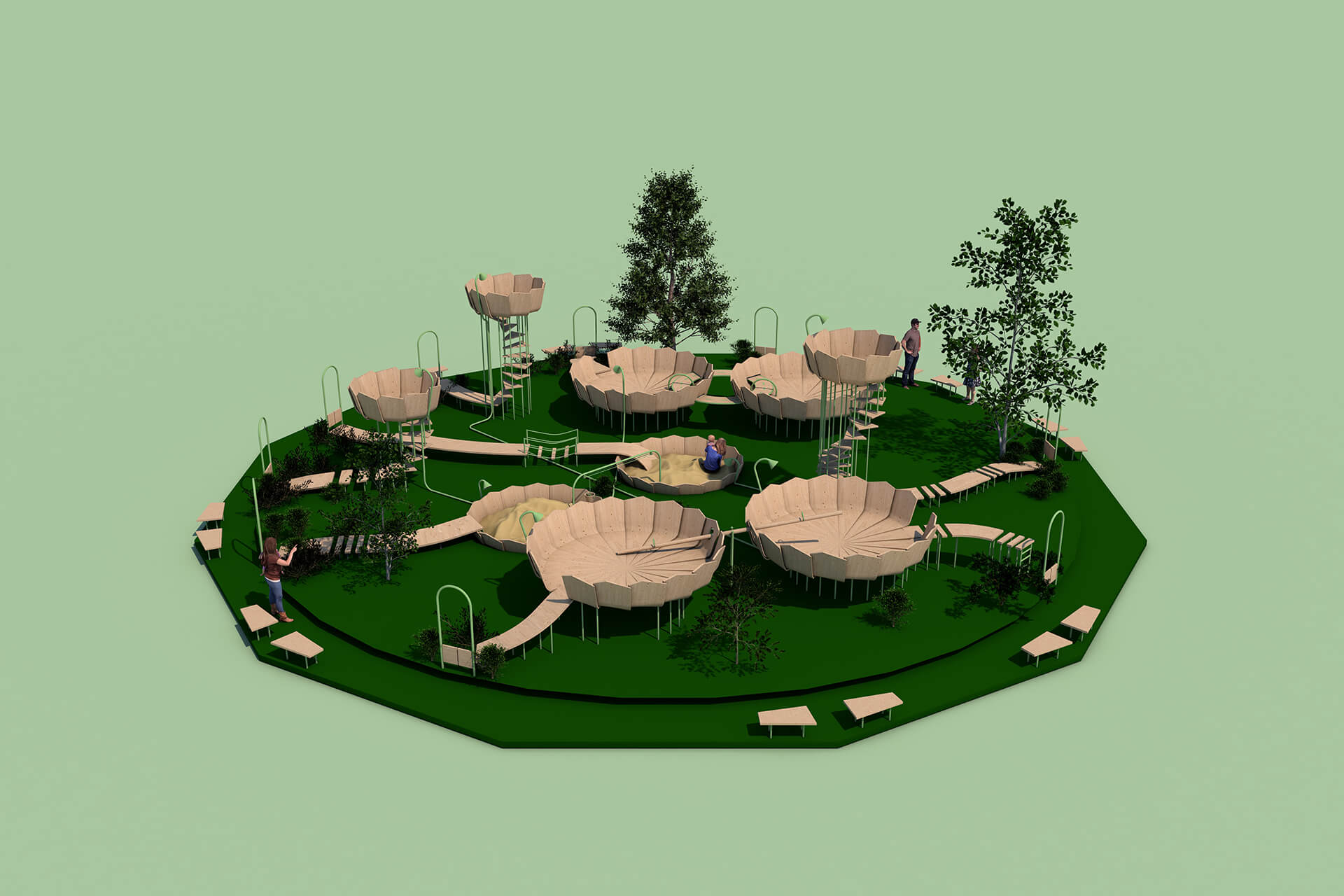 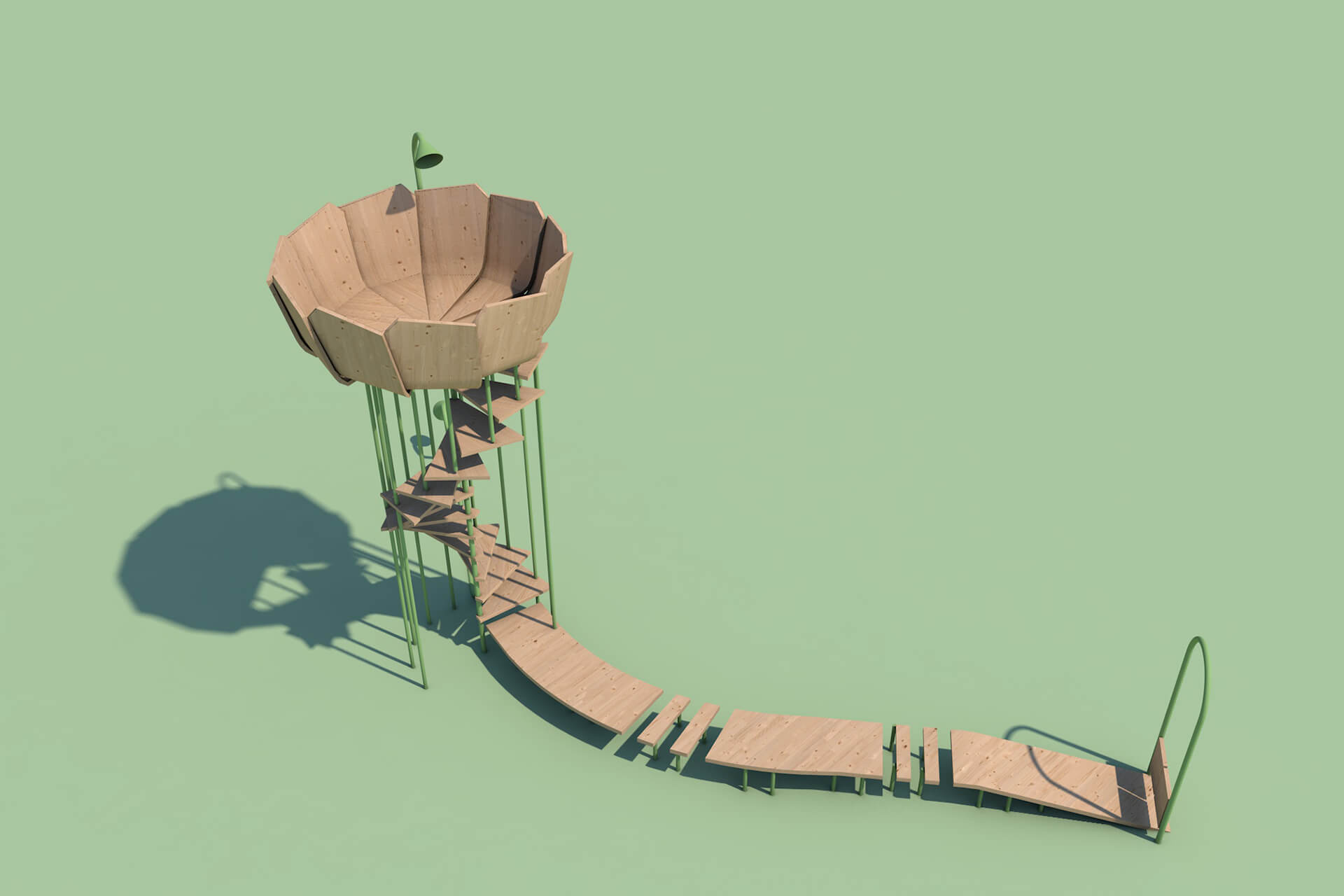 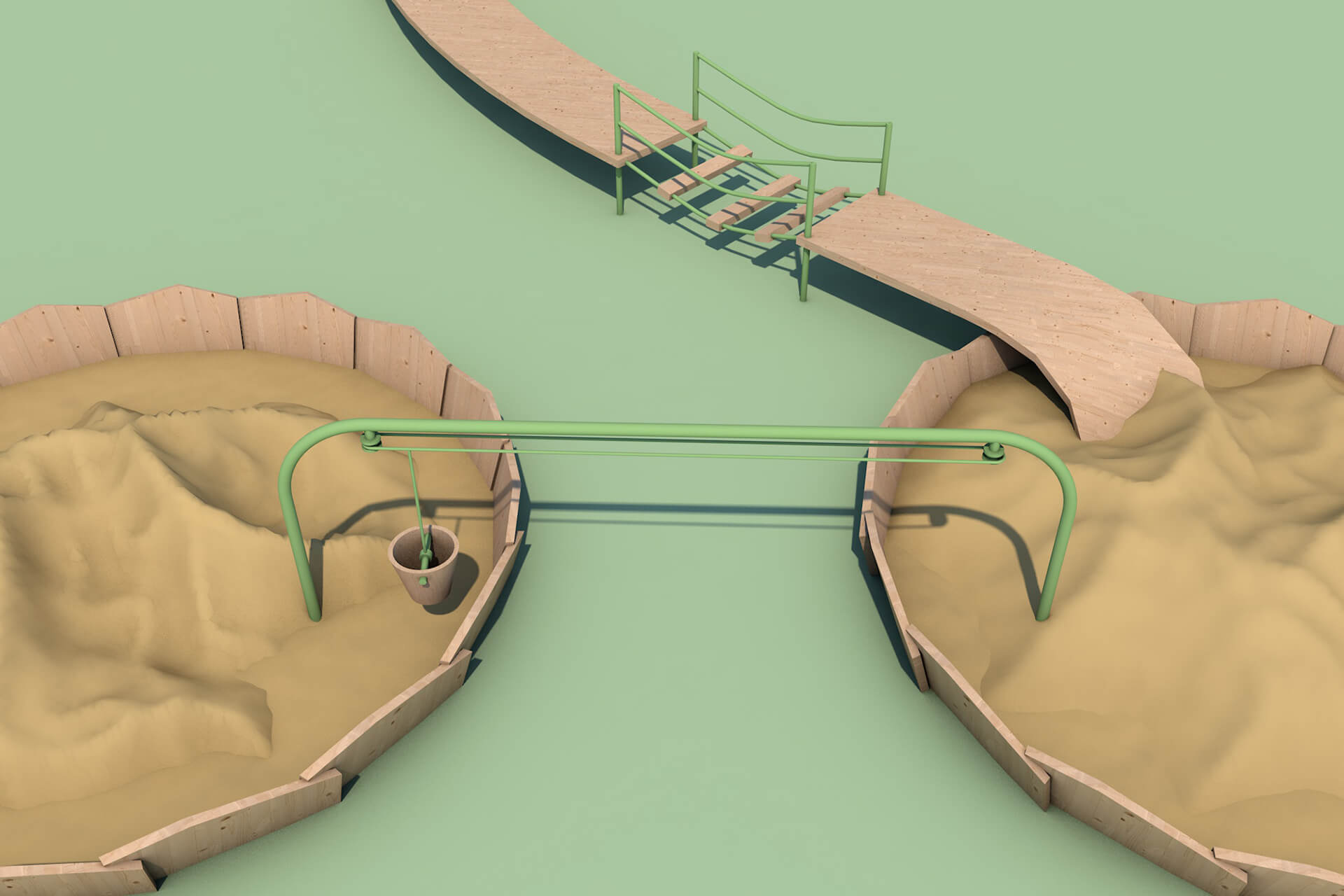 Interviewing parents and children about their experiences throughout the restrictions informed the inventors about the primary requirements that Rimbin had to address. The first was that the playground needed to provide a space for sociability, the second that it needed to connect kids with nature. Rimbin’s singular platforms are modular, meaning that the layout can be configured depending on expected traffic. Parents can easily see whether one is already occupied as each has its own entrance gate. The play areas are inspired by giant water lilies – in 1849, botanist Joseph Baxton placed his daughter in the centre of a pad to demonstrate their natural carrying power. ‘Rimbin's play areas should be as safe and stable for children as these leaves,’ explain Binder and Rimmele.

The inventors recommend that in highly populated cities a playground supervisor ensure individual kids get their turns on the playground. Children from the same household are allowed to use one area together. Between the platforms, little ones can speak to each other via connective speaking tubes. These fixtures are ‘placed on the sides of the play areas with enough distance so children are not encouraged to touch or lick the funnels at the end of the speaking tubes’. Regardless, the inventors propose that permanent disinfectant disposers be installed so parents can clean the spaces to lower the risk of infection.

Rimbin isn’t solely a reaction to the COVID-19 crisis, however. Binder and Rimmele hope the idea encourages more permanent change in terms of how playgrounds are conceived in urban environments, so that they can remain open should a comparable situation occur.