Courtesy of Proof of the Sum

Located some 30 kilometres from Amsterdam, Alkmaar is better known for its respect of traditions – the historical cheese market, its old canals and its medieval architecture are its main tourist attractions – than its technological leanings. And yet, the municipality has set itself a challenging goal: by 2021, it aims to become the country’s most innovative office of its kind with a population larger than 100,000 inhabitants.

In a time of digitalization, remote working and pro-active visibility close to the residents, the employees needed a central and attractive base

The first step in the plan was to physically bring together its employees, who worked at five different locations throughout the city. That’s where Dutch architectural firm Proof of the Sum came in: the team drastically redeveloped the five-storey city office on the Mallegatsplein,. And how did they fit 600 civil servants in a location that can only house 200 workstations? By letting employees and managers decide for themselves how, where and with whom they work: departments no longer have their own territories. ‘In a time of digitalization, remote working and pro-active visibility close to the residents, the employees needed a central and attractive base’ explained Roy Pype, the firm’s founder. 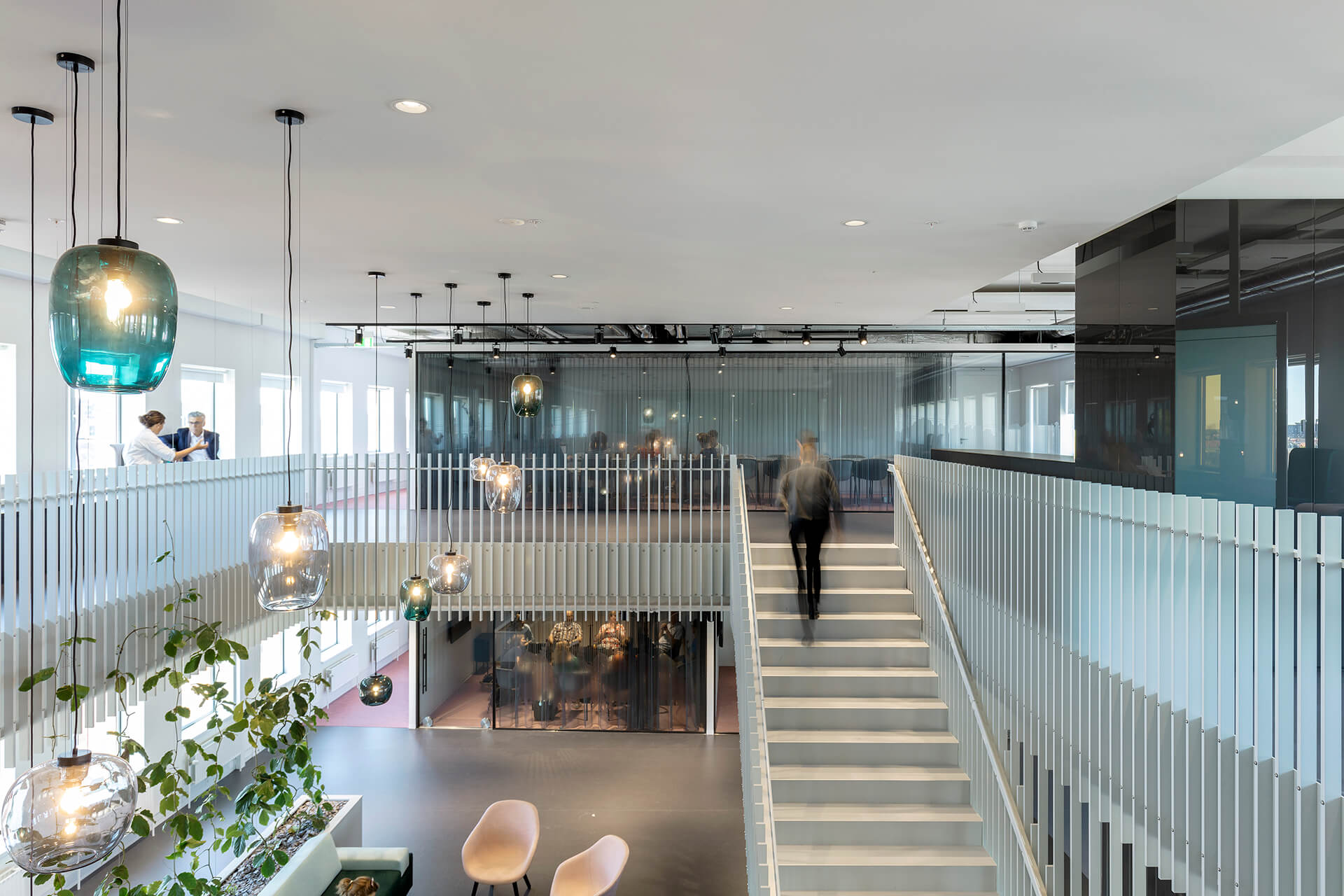 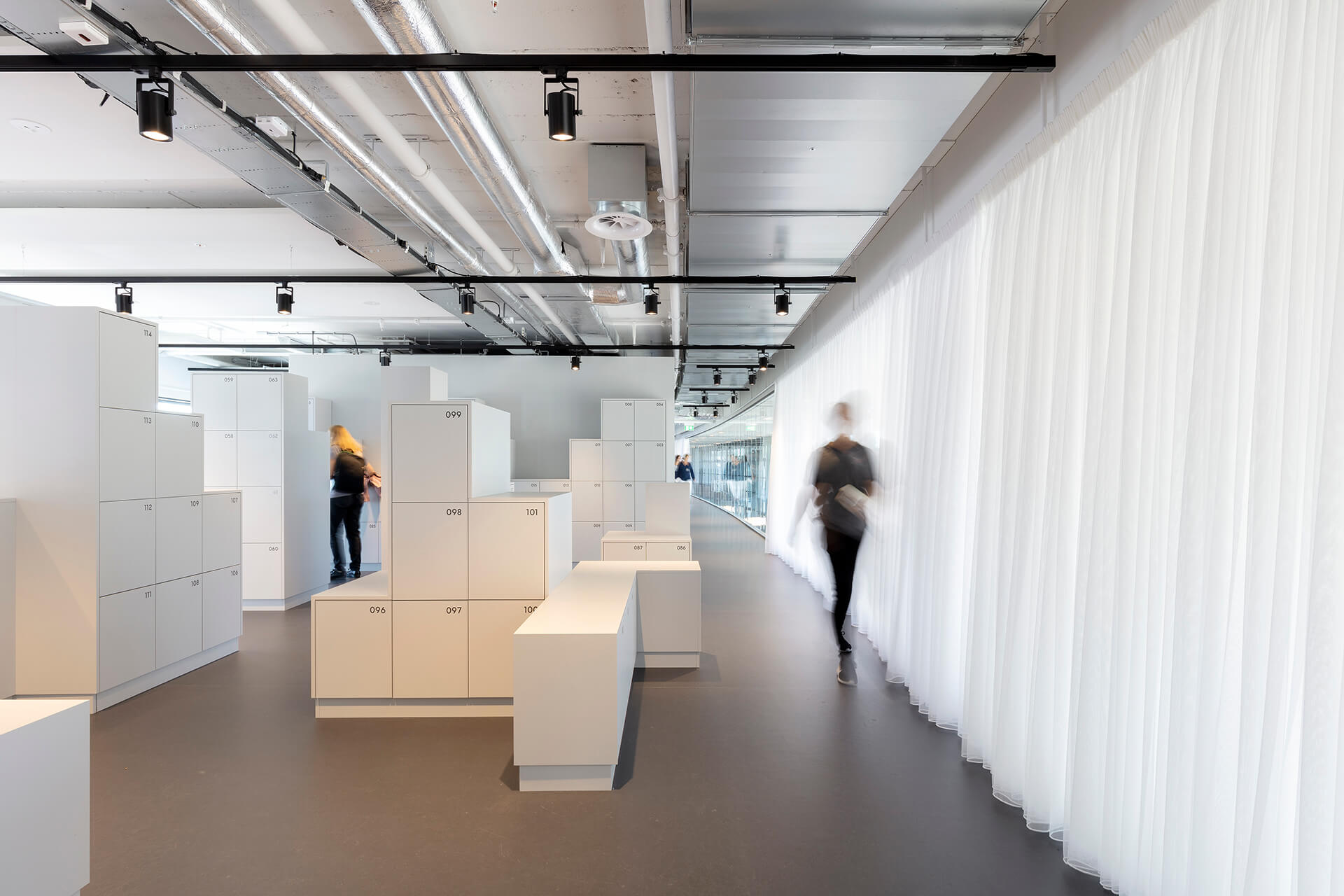 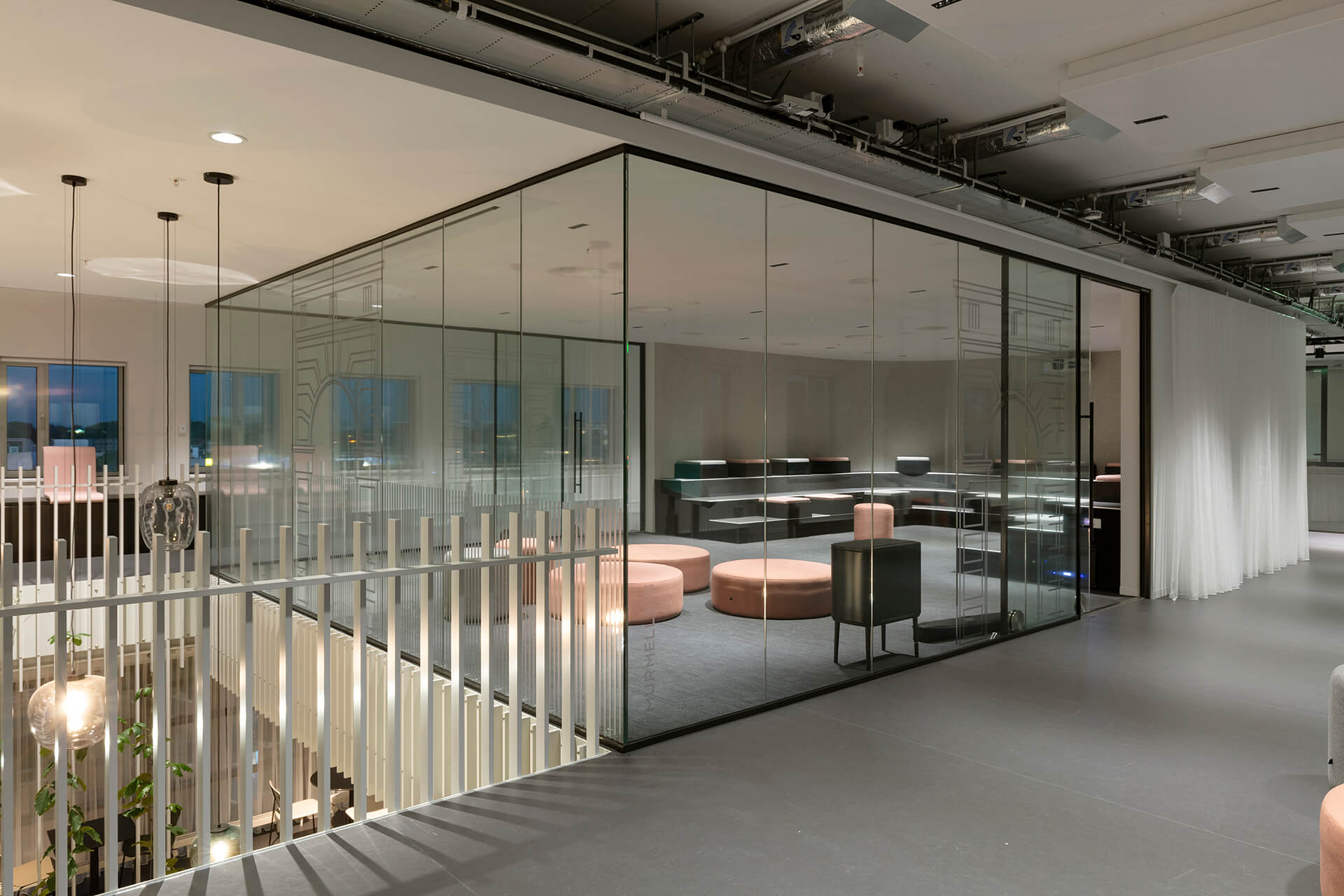 But the challenge, he admits, was to create a single place for 600 people while allowing room for the individual with privacy and concentration in mind. This tension informed the design concept: from the outside, the 150-meter-long volume looks imposing, with red-brick masonry towers. Inside, the team made it light, breaking through its clay layers in order to create two large mezzanines and thus form links between the third, fourth and fifth floor, both spatially and programme-wise.

‘We wanted to activate the building, so to speak, and have the officers make use of the entire space in a natural manner throughout their workday,’ said Pype. That means they can start their day on the third floor, in the network café and service centre, and move around for meetings – even the locker area is designed as an informal consultation space. And for those in need of quiet time, the adjacent floors have rooms devised to host concentrated work and small teams. 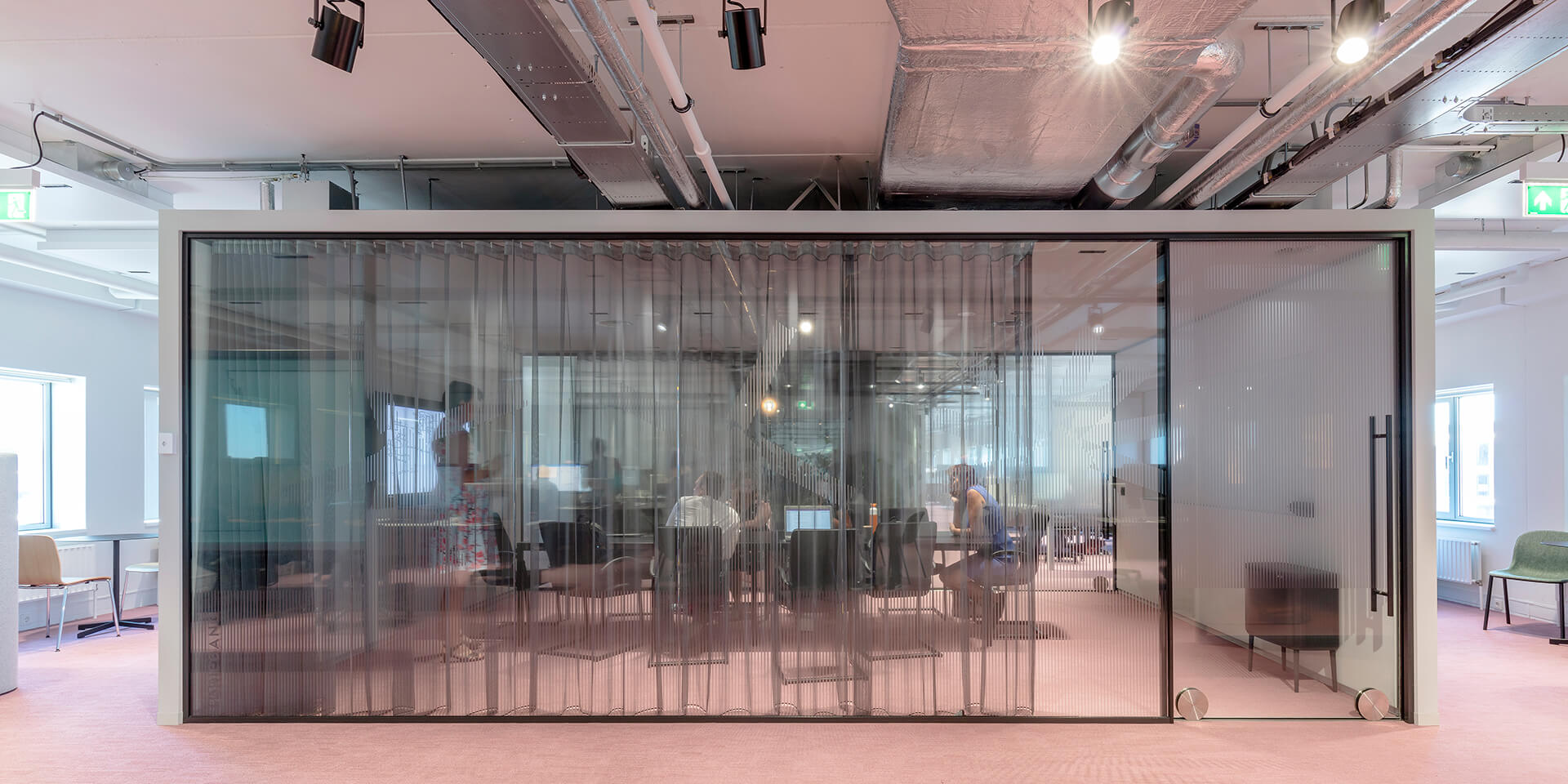 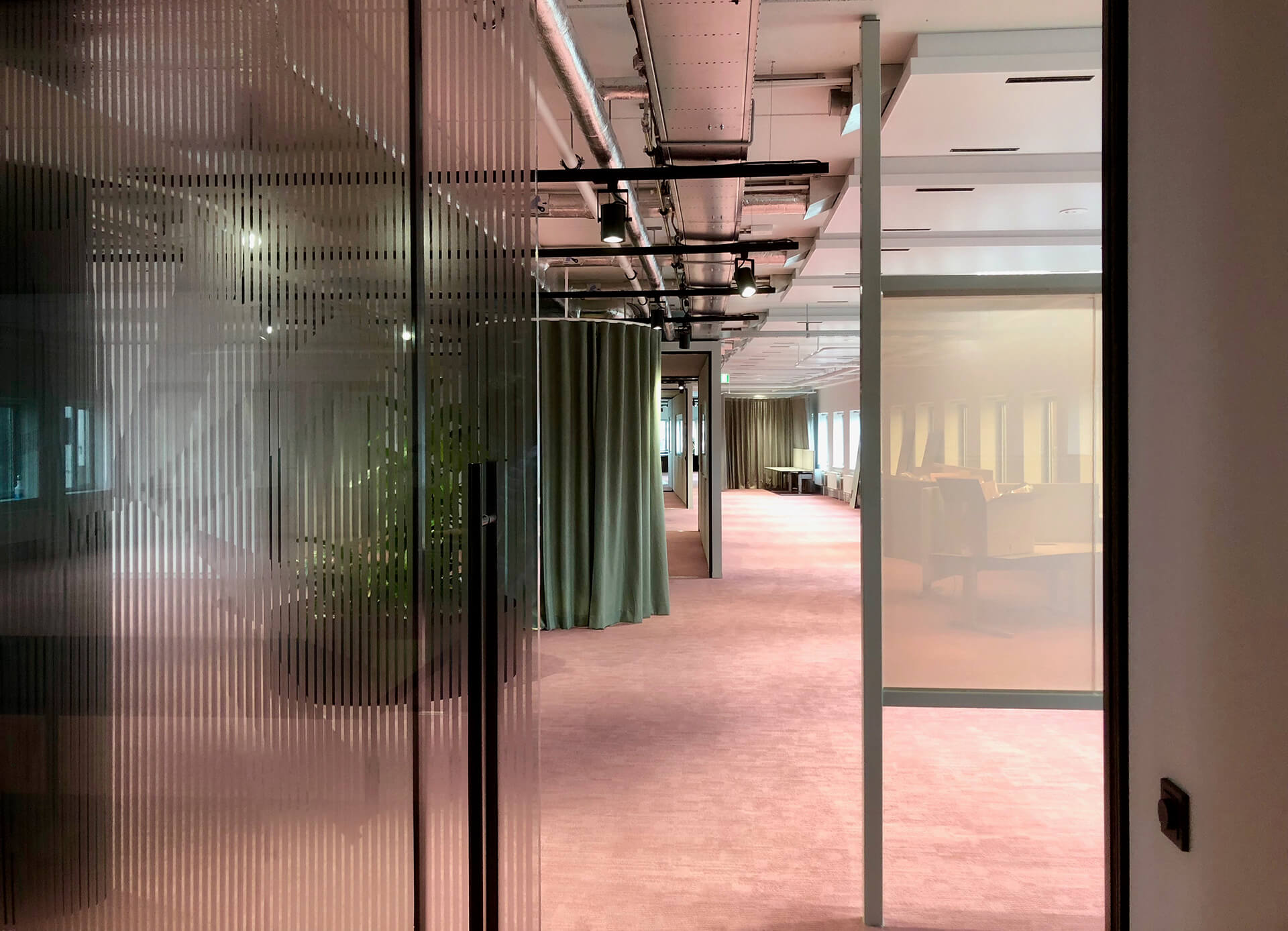 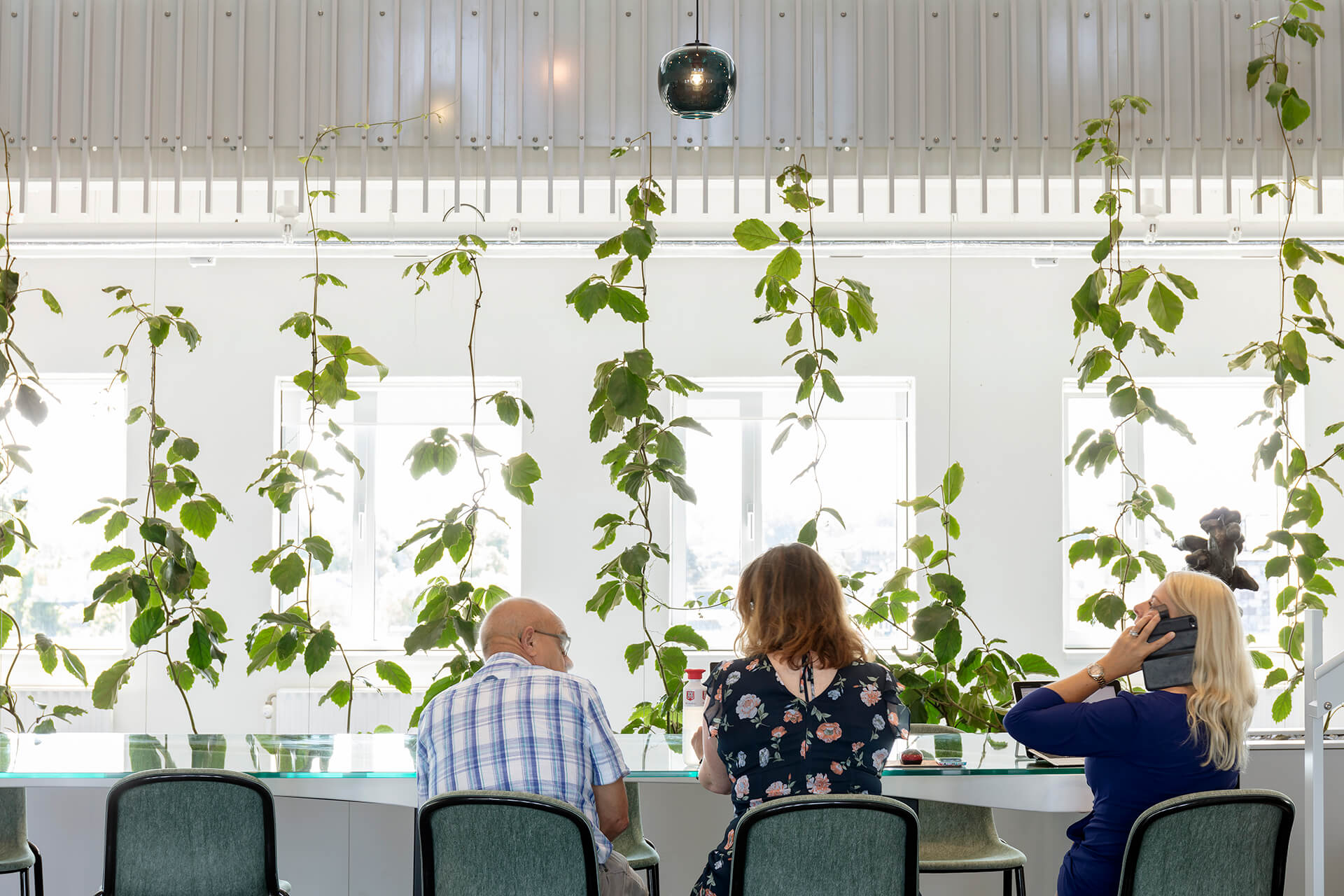 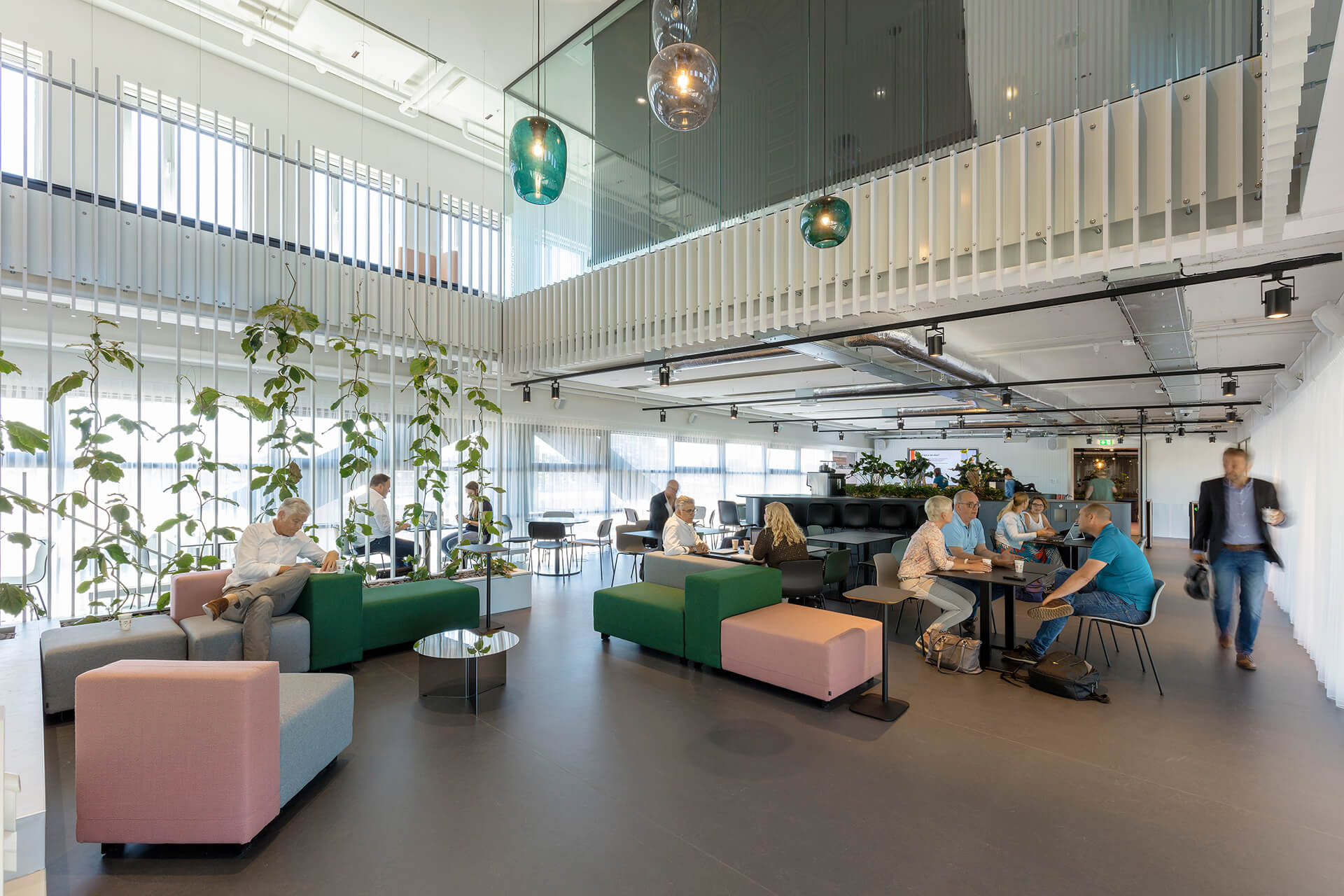 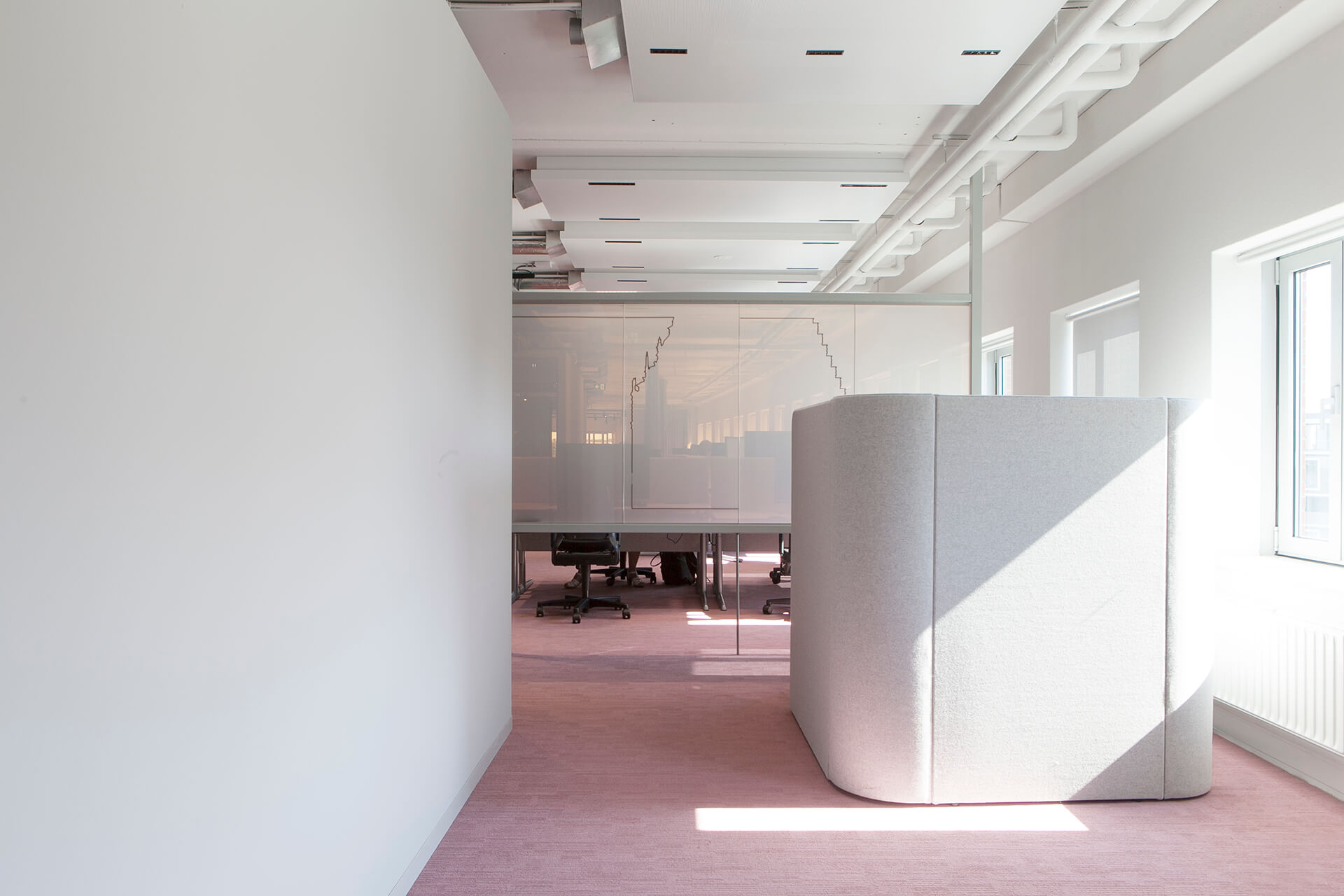 With this mobility and variety of spaces, though, how can employees keep track of their co-workers and the options available on a minute-by-minute basis? Alkmaar wanted to be an innovative municipality, so they took it to heart with its new building: the smart grid of sensors installed not only track factors such as lighting and ventilation, but they also let the workers locate their colleagues and also find a warmer or quieter work spot.

The response from the employees since the building opened a few weeks ago has been strikingly positive. ‘It’s not in the least because the municipality undertook the entire training and counselling process for its employees throughout the process,’ Pype stated. ‘This proves that organisational change and accommodation innovation go hand in hand.’