‘The fun – and challenging – thing about my job is that we don’t have a brand DNA,’ says Ave Bradley, seated in the lobby of Kimpton De Witt in Amsterdam. She’s the global senior vice president and design and creative director of US-based Kimpton Hotels, and this is her first project outside of her home country. Back in the States, six additional Kimptons will open before the end of the year, and venues in Paris and Asia are in the works.

Each hotel draws on its specific location, which means Kimpton is ‘open to lots of different buildings, cities and neighbourhoods’. Bradley collaborated with London-based Michaelis Boyd on the Amsterdam project, and the team was presented with a particularly curious case: large 1980s buildings that encase smaller historical houses, one of which was the childhood home of Dutch playwright P.C. Hooft. 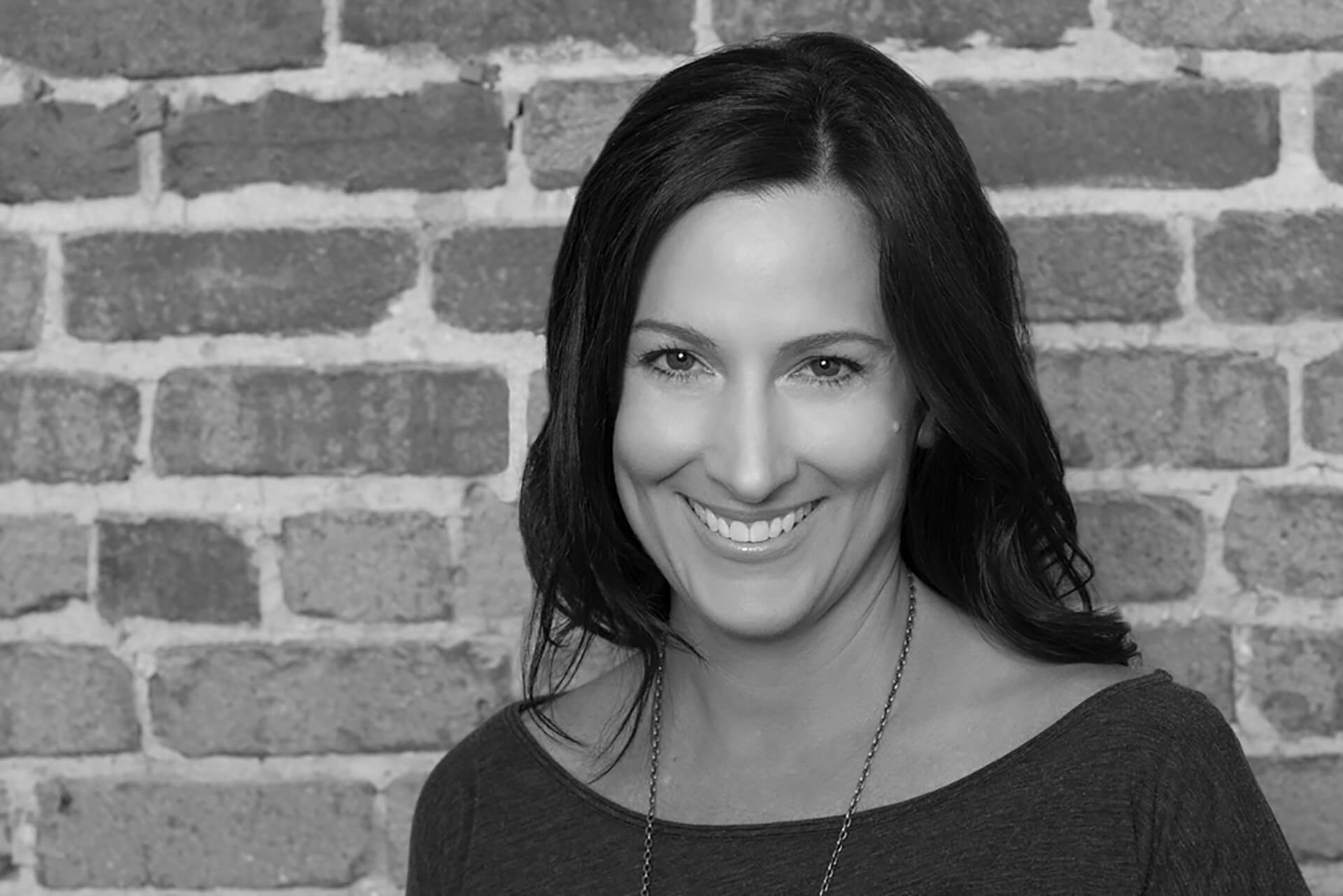 ‘It was very important to have a local firm design the restaurant,’ says Ave Bradley, global senior vice president and design and creative director of Kimpton Hotels. ‘There are culture-specific dining nuances.’

As hospitality projects strive to become as local as possible (keep an eye out for Frame 118, released on 1 September, which delves deeper into the topic), we talk to Bradley about her approach as an outsider – and how the hotel experience is changing.

We’ve seen a rise in hotels offering uber-local experiences and focusing on local design elements. What was your approach to this?
AVE BRADLEY: When I start a project, it’s always important for me to tap into the local culture. I first came to Amsterdam just over two years ago, and I spent time getting to know the existing hotel scene – understanding what offerings and design styles were already available – and trying to figure out what felt authentically Dutch. I also got to know this building and the opportunities it presented to make sure that what we created felt true to the site while making sense within the marketplace.

My challenge is to offer something different that still feels local. I walked and walked and walked – for days. I would sit down for a coffee and take in my surroundings to get a feel for the style and personality of Amsterdammers. I saw carefree people riding their bicycles, armed with a big bunch of flowers and carrying their children on the back. There’s an appreciation for the simple things that add beauty to life, like stopping at the corner flower shop on the way home. Or grabbing a nice bottle of wine and sitting on the stoop on a warm summer afternoon or evening.

The more that I watched – at all times of day and night – a palette started to register, something that felt very ‘Dutch’. 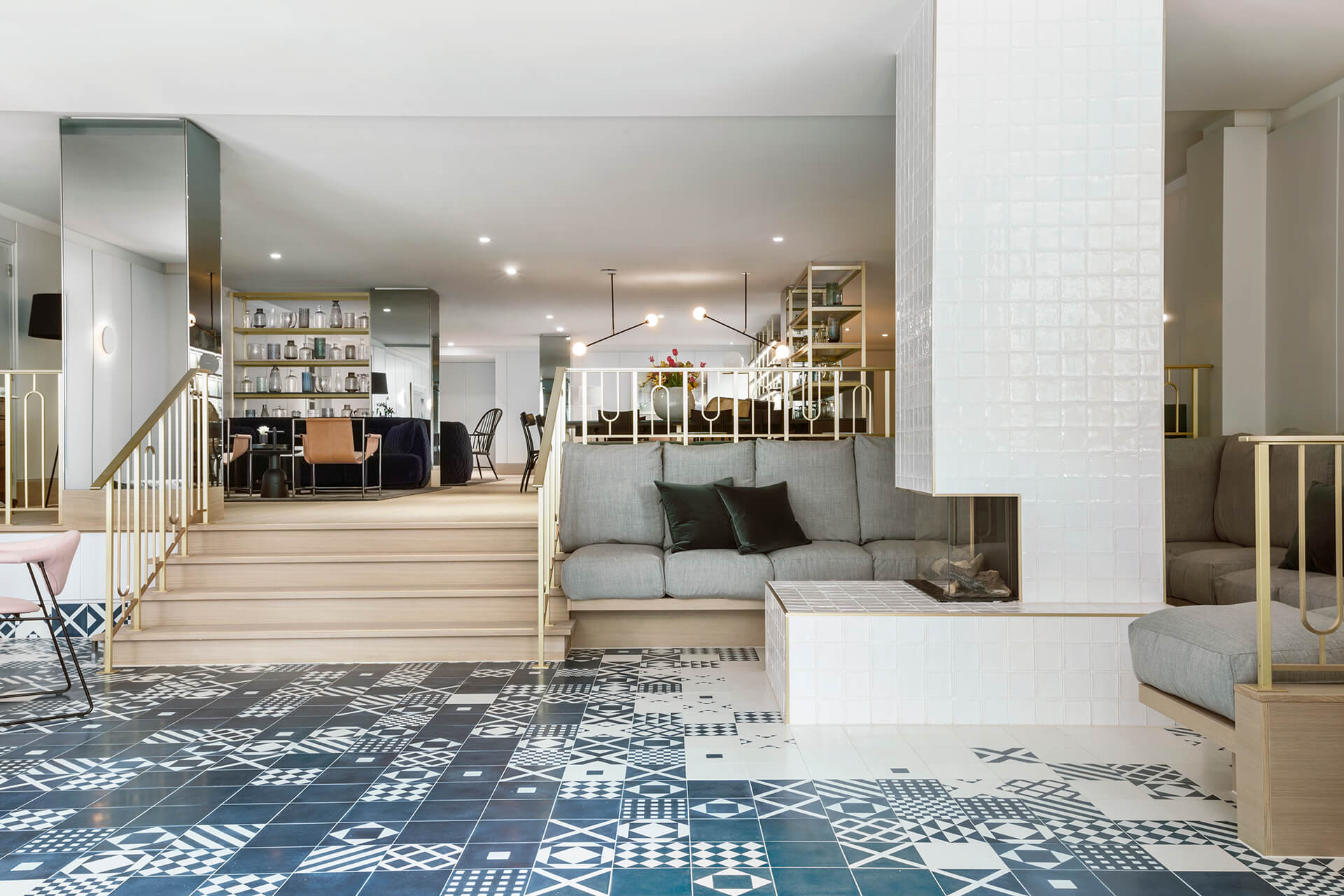 Kimpton de Witt’s site-specific references include custom-designed blue-and-white tiles in the lobby, which are inspired by Delftware.

The challenge here was working in two newer buildings from the 1980s that enclose smaller precious historic buildings from the 1600s. My design and palette, as well as the architectural language, had to make sense – and we had to find a way to merge it with the older buildings. I didn’t want to create a strictly modern or contemporary hotel. This location needed a historic layer to make sure that spaces like House Bar [which is located in one of the historic buildings, a 1645 former family home] made sense. I furiously shopped nearby for antiques, and found a great gallery that sells orphan art.

You mention the ‘Amsterdam palette’. What were the city’s most distinguishing colours, and how did you translate them into the space?
For me it’s the murky blues and greens, as well as a pale celery colour. And every now and then there’s an injection of vibrant sunshine-yellow or a little bit of blush. It’s a mysterious palette. You can see it in the accessories we purchased locally, and even in the books we have on display. 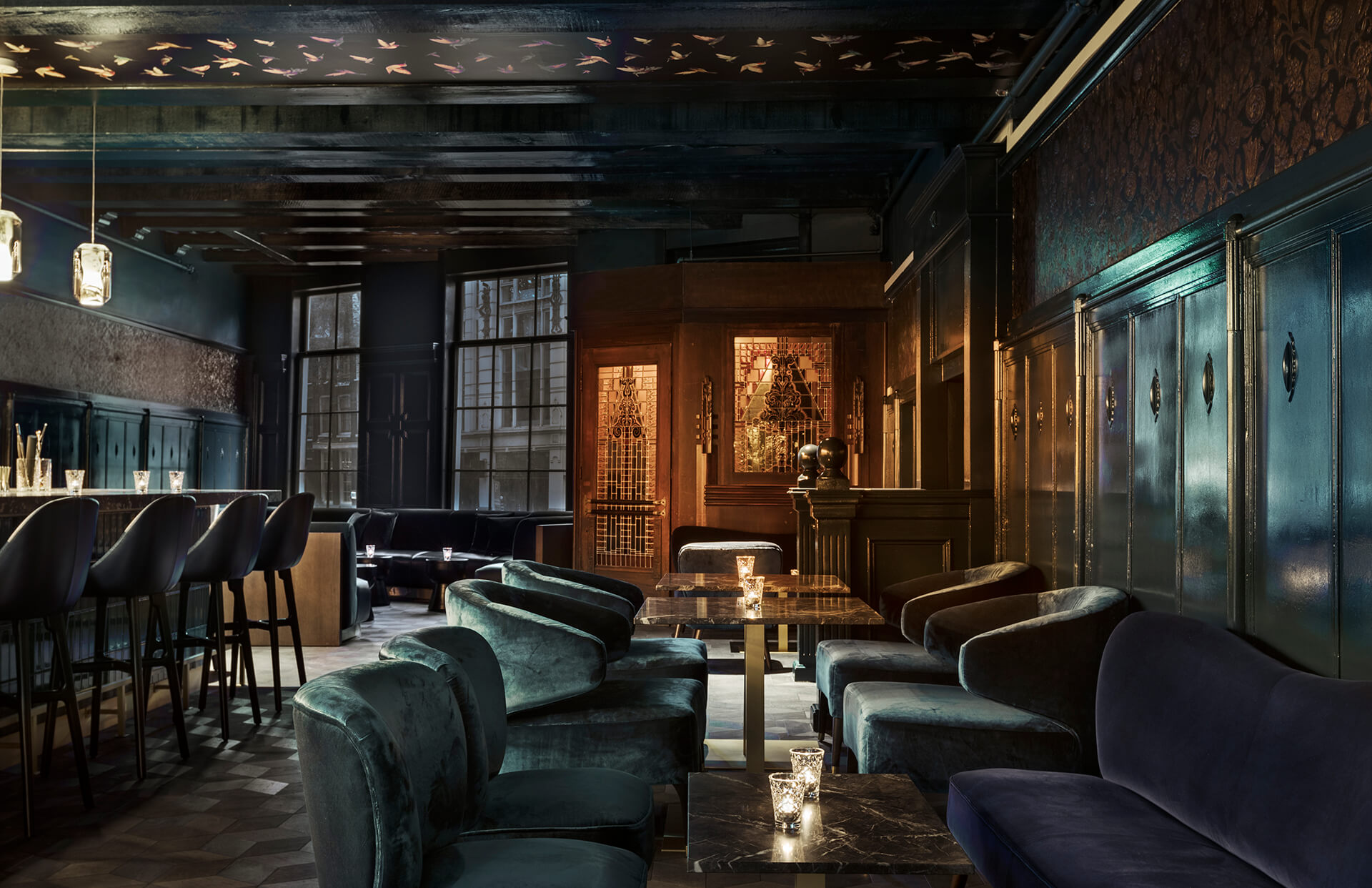 House Bar, a cocktail spot within one of the site’s original residential buildings, maintains elements of its original décor.

And you surely got some insights from working with local designers Studio Modijefsky for two of the hotel’s hospitality venues: Wyers Restaurant  and Miss Louisa . . .
Esther [Stam] and her team were great gut checks when I needed to know that I wasn’t working with clichés or pandering to locals. It was very important to have a local firm design the restaurant. There are culture-specific dining nuances, and restaurant and bar concepts come and go so quickly. I felt strongly that we needed to immediately have our finger on the pulse of what was going on the ground. 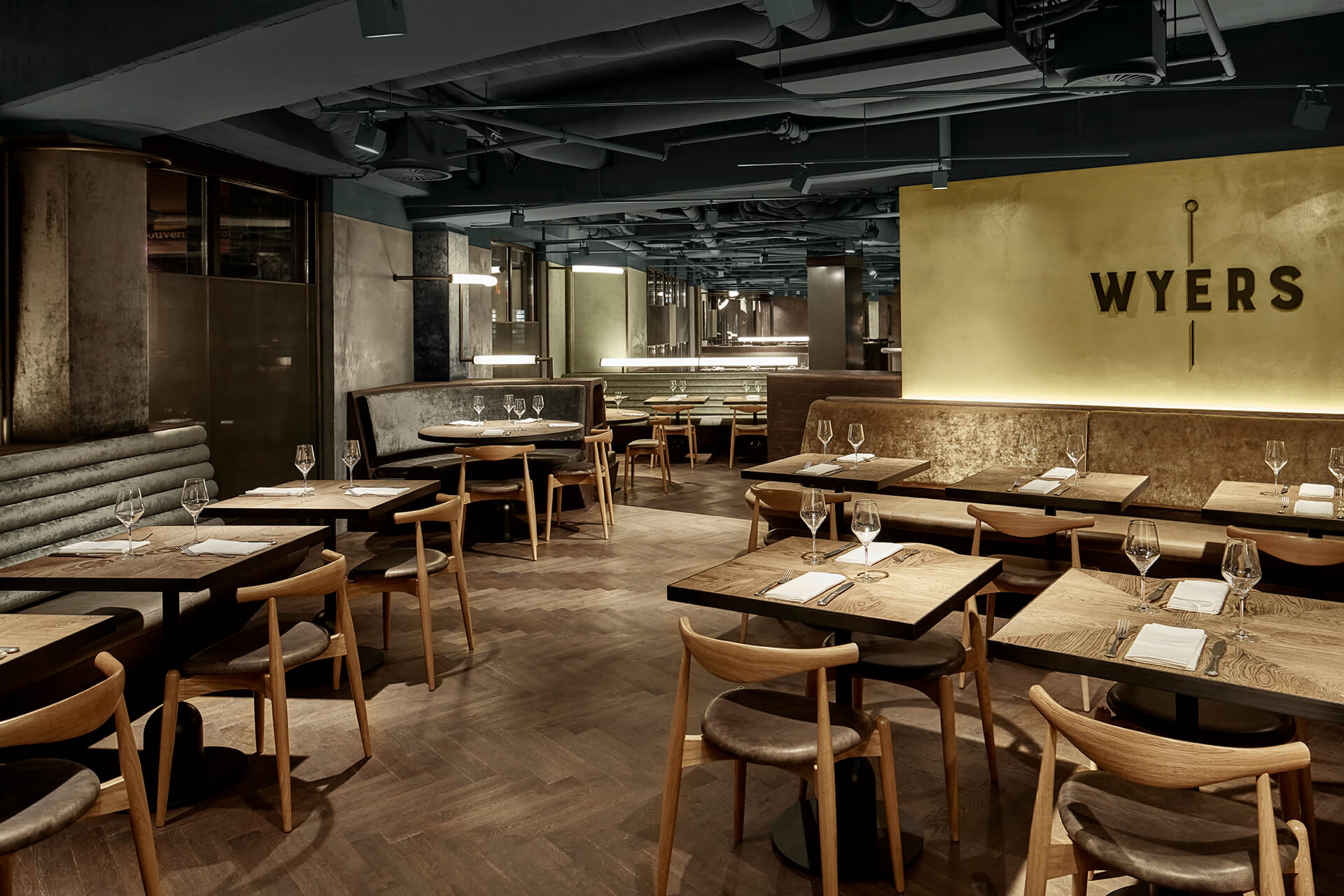 Studio Modijefsky pays homage to the Dutch textile industry in the restaurant design of Wyers Restaurant and Bar.

You have some long-standing elements we all associate with hotels, like various tiers of rooms, and a mini bar. Which typical offerings do you think are still relevant, and which have had their day?
There was a time when hotels thought that every room should serve every function. You needed a place for in-room dining, to work at a formal desk and also a lounge space. The new trend in the design of guest rooms– which is probably related to what we’re seeing with multipurpose socially activated spaces – is that we no longer need those specific zones. There was a defined formula for many years and it was hard to break the habit. People were asking, where’s the person going to have room service? We wondered if that was even something to consider, based on how many people actually order room service in a day. We’re such an R&B-focused company that we’d rather people come out of their rooms and into one of our restaurants instead. 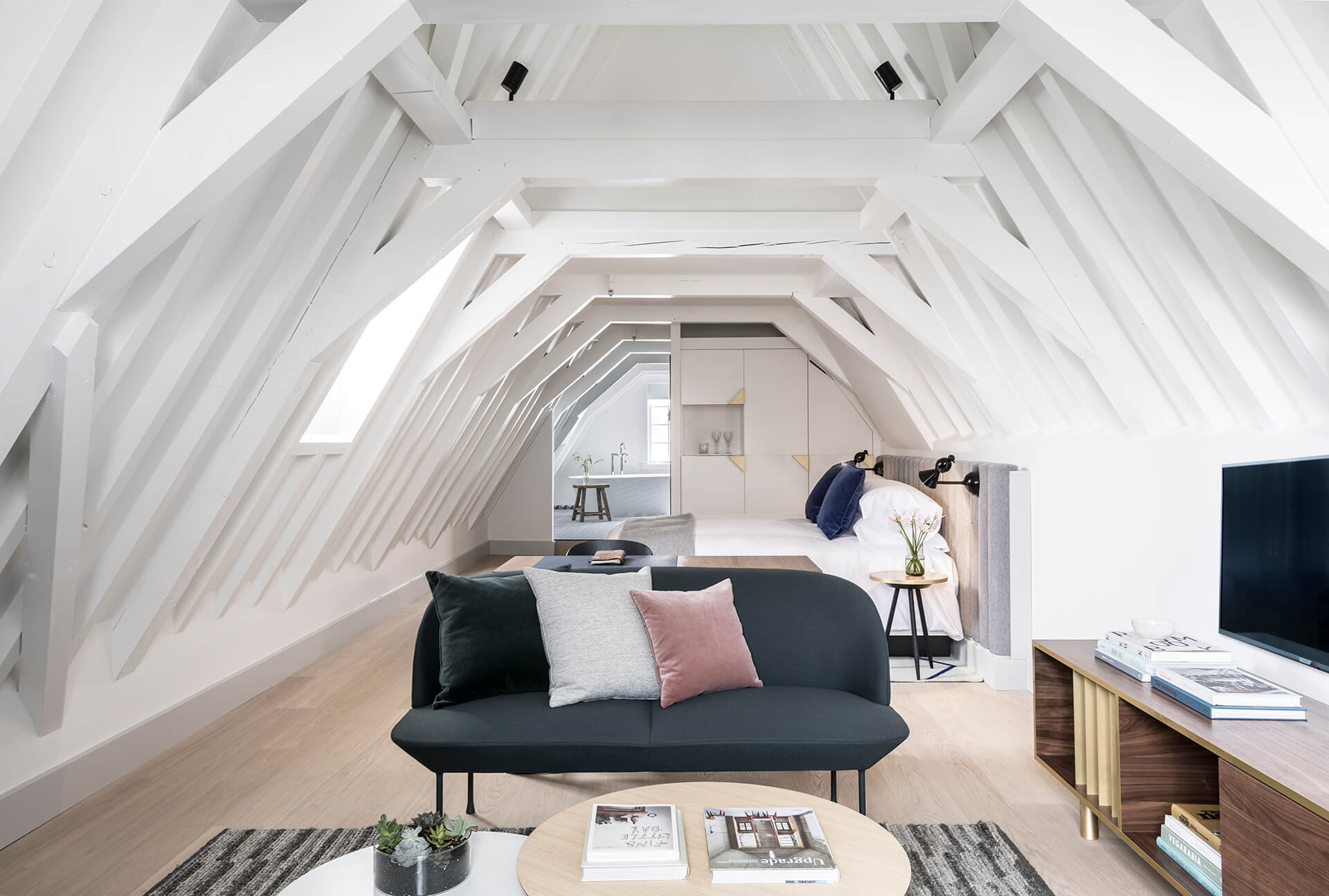 Rooms housed within the historic parts of the hotel have a Dutch apartment-like atmosphere.

We do have coffee machines and tea kettles in the rooms: it’s an expectation in Europe more than in the US. But we wanted to add a lot of sweet local flavour to that. We included Dutch products and made a presentation out of it; it’s not purely functional.

Each room is slightly different, too. When you’re staying in part of the historic building it’s like being in a Dutch apartment. 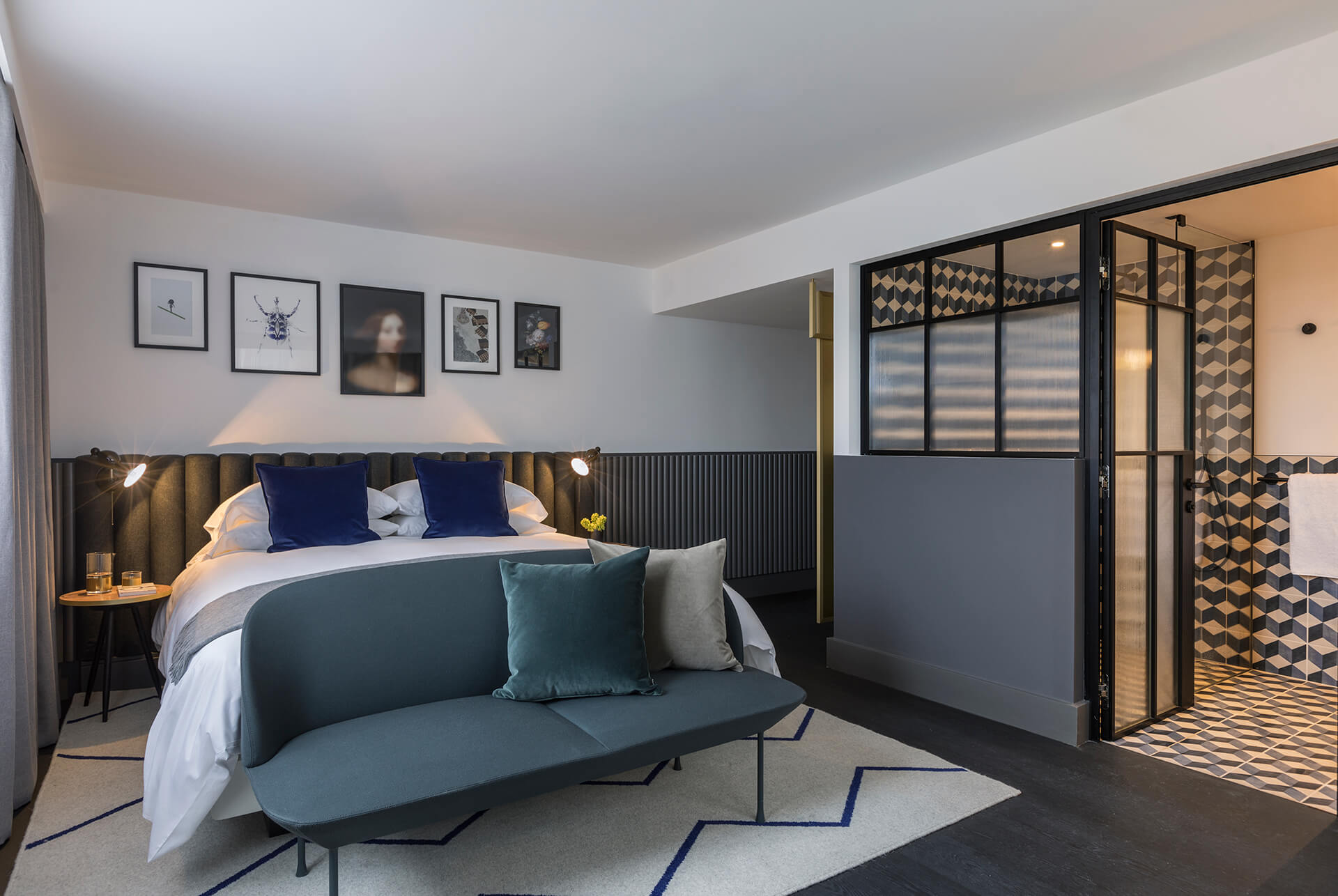 Based on her observations of Amsterdam, Bradley developed a palette that includes ‘murky blues and greens’.