The upcoming edition of the London Design Festival will take place between 14-22 September. To help our readers decide which projects to visit, here are some of our picks for the event’s outdoors offerings.

[+] PATTERNITY’S LIFE LABYRINTH
Patternity’s bold monochrome maze is both a destination for quiet contemplation within a guided walking experience. The Life Labyrinth is a space meant to heal the senses: the creative studio took inspiration from the healing principles of harmony and glow. 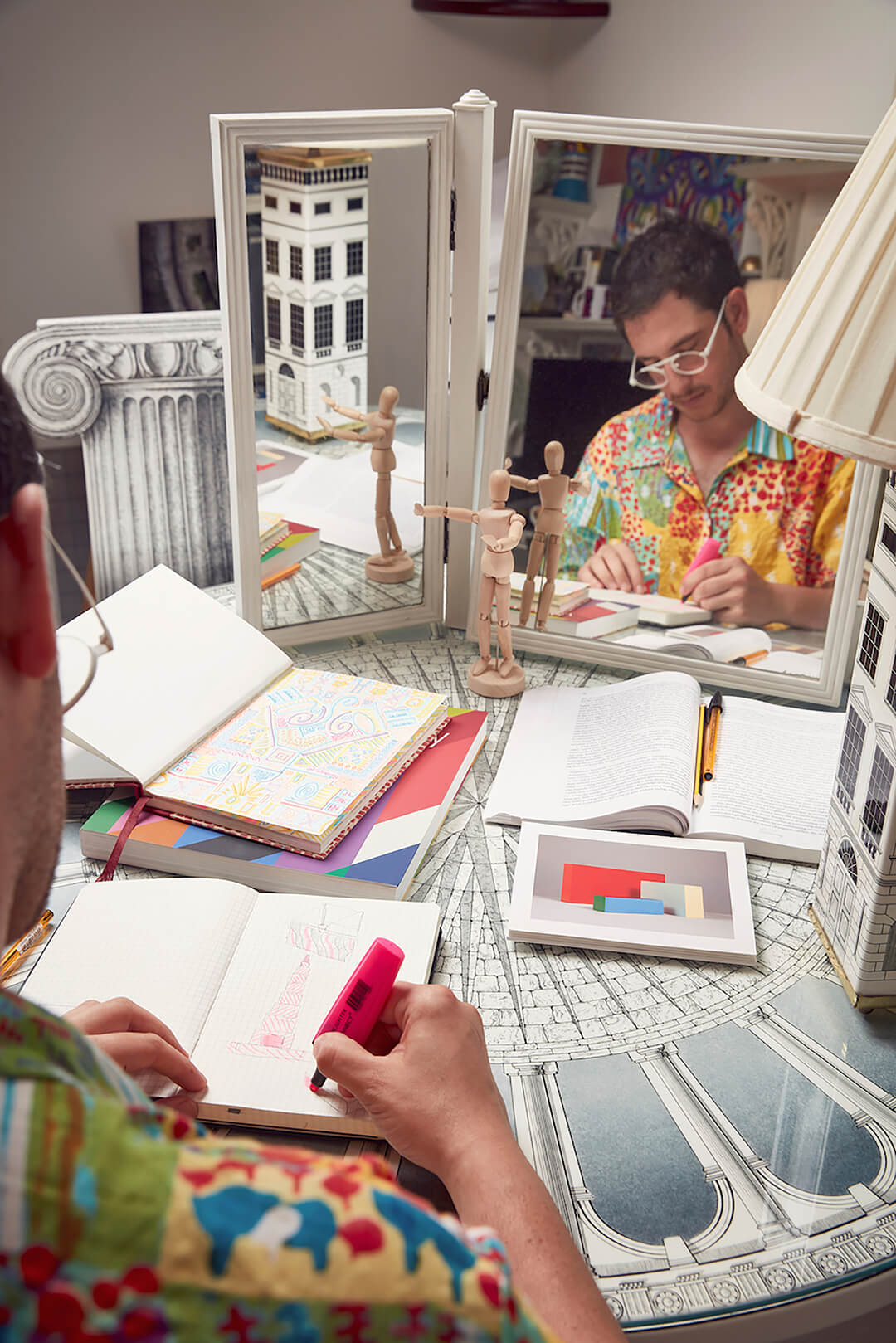 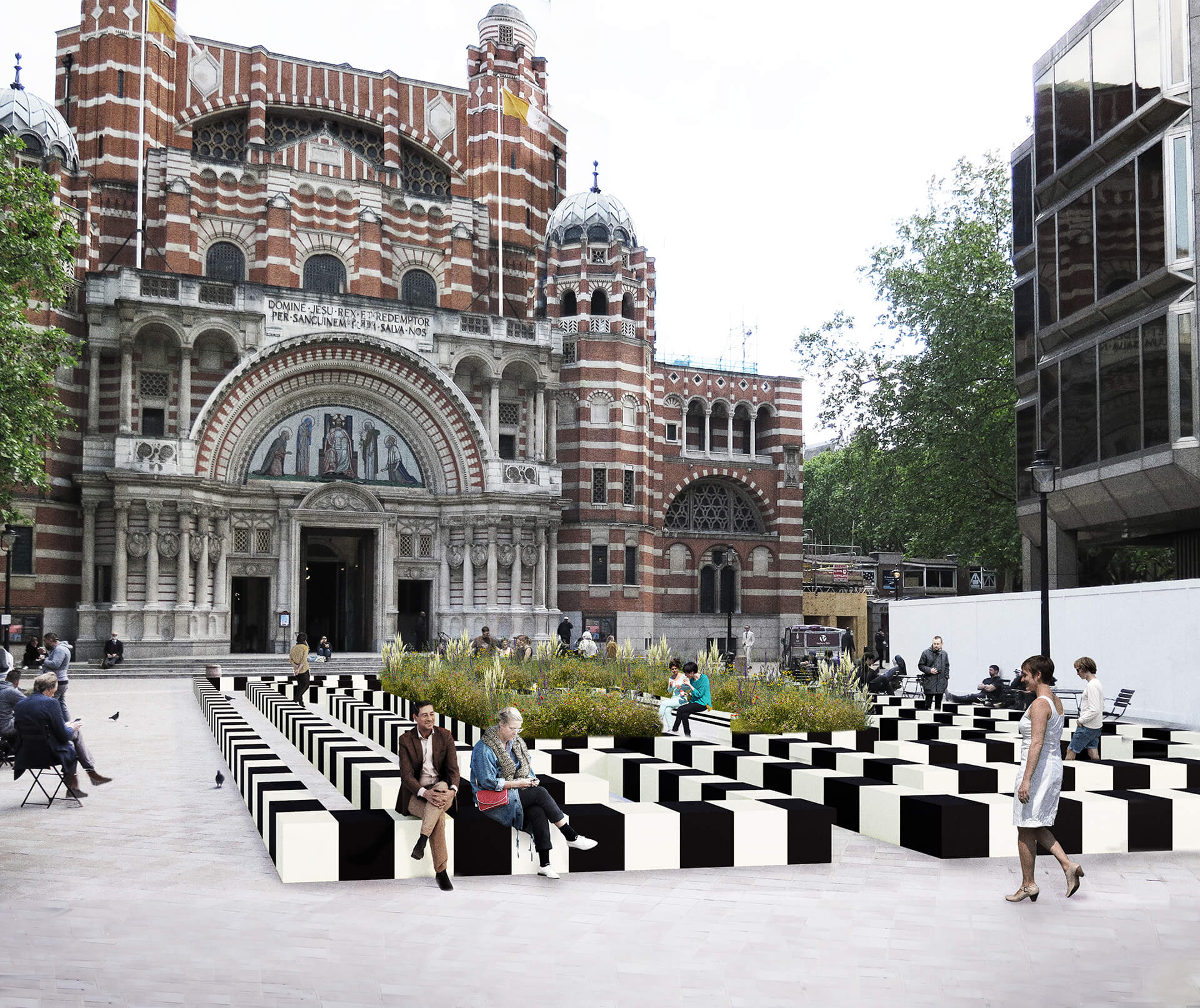 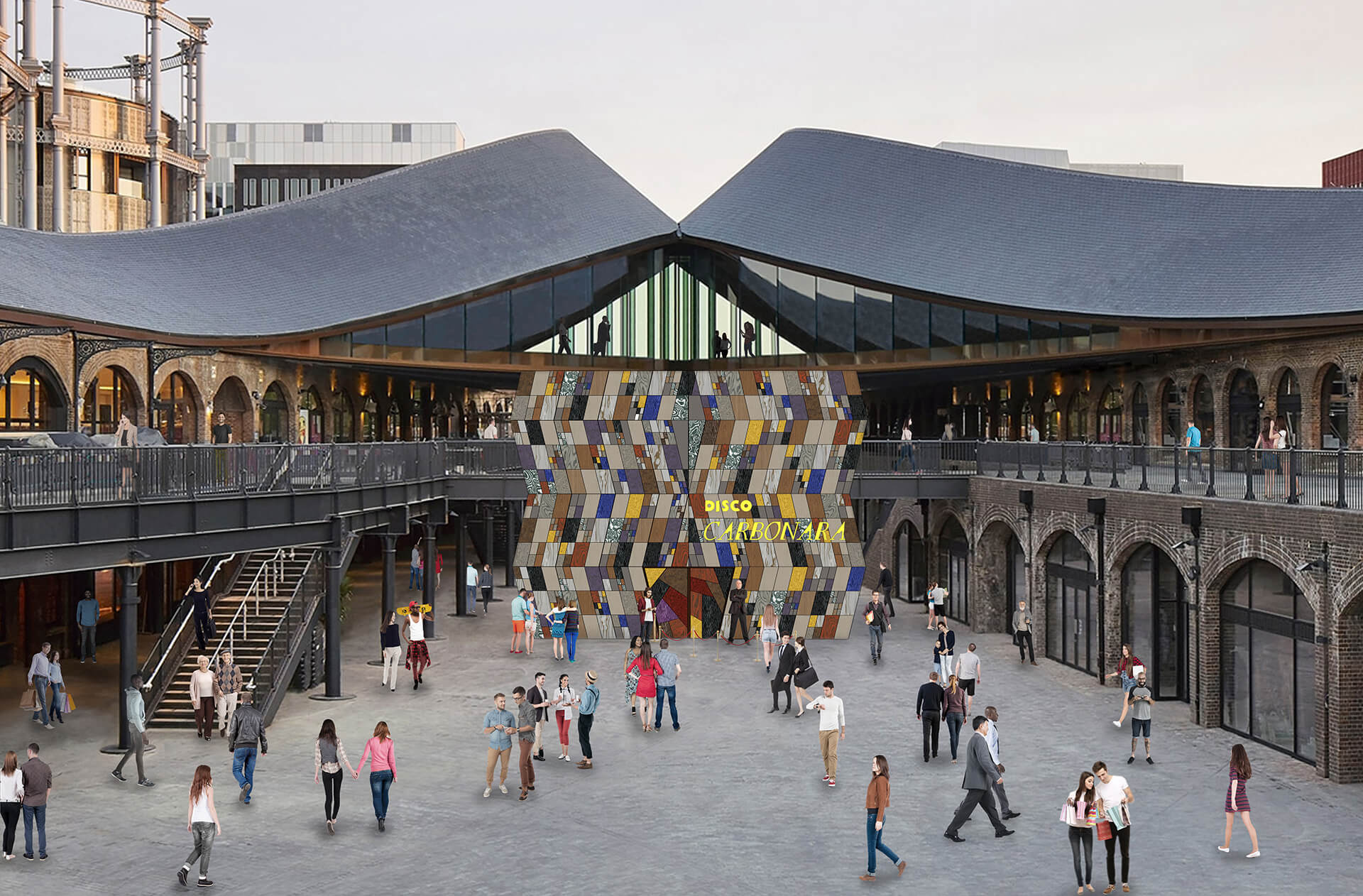 Adam Nathaniel Furman working on his Paddington Pyramid, a preview of Patternity's Life Labyrinth and another of Martino Gamper's Disco Carbonara - Photos courtesy of the respective studios

[+] PAUL COCKSEDGE’S PLEASE BE SEATED
London’s largest pedestrianised neighbourhood will host a large-scale structure by Paul Cocksedge that responds to the changing rhythm of those who walk through London. Titled Please Be Seated, the scaffolding planks invite people to sit or walk under the installation.

[+] CAMILLE WALALA’S LOUNGE
Camille Walala is transforming an entire street in Mayfair into a public living room. Throughout its pedestrianised 200 metres, the designer is offering a Lounge made up of a set of 11 benches where passersby can sit, rest and socialise.

[+] KENGO KUMA’S WEAVING INTO LIGHTNESS
Kengo Kuma’s Bamboo Ring: Weaving into Lightness is an experiment where the plant-based material comes into contact with carbon fibre to create a large-scale doughnut-like structure. In Kuma’s words, it is ‘an exploration of pliancy, precision, lightness and strength.’

Location: The John Madjeski Garden at the Victoria & Albert Museum 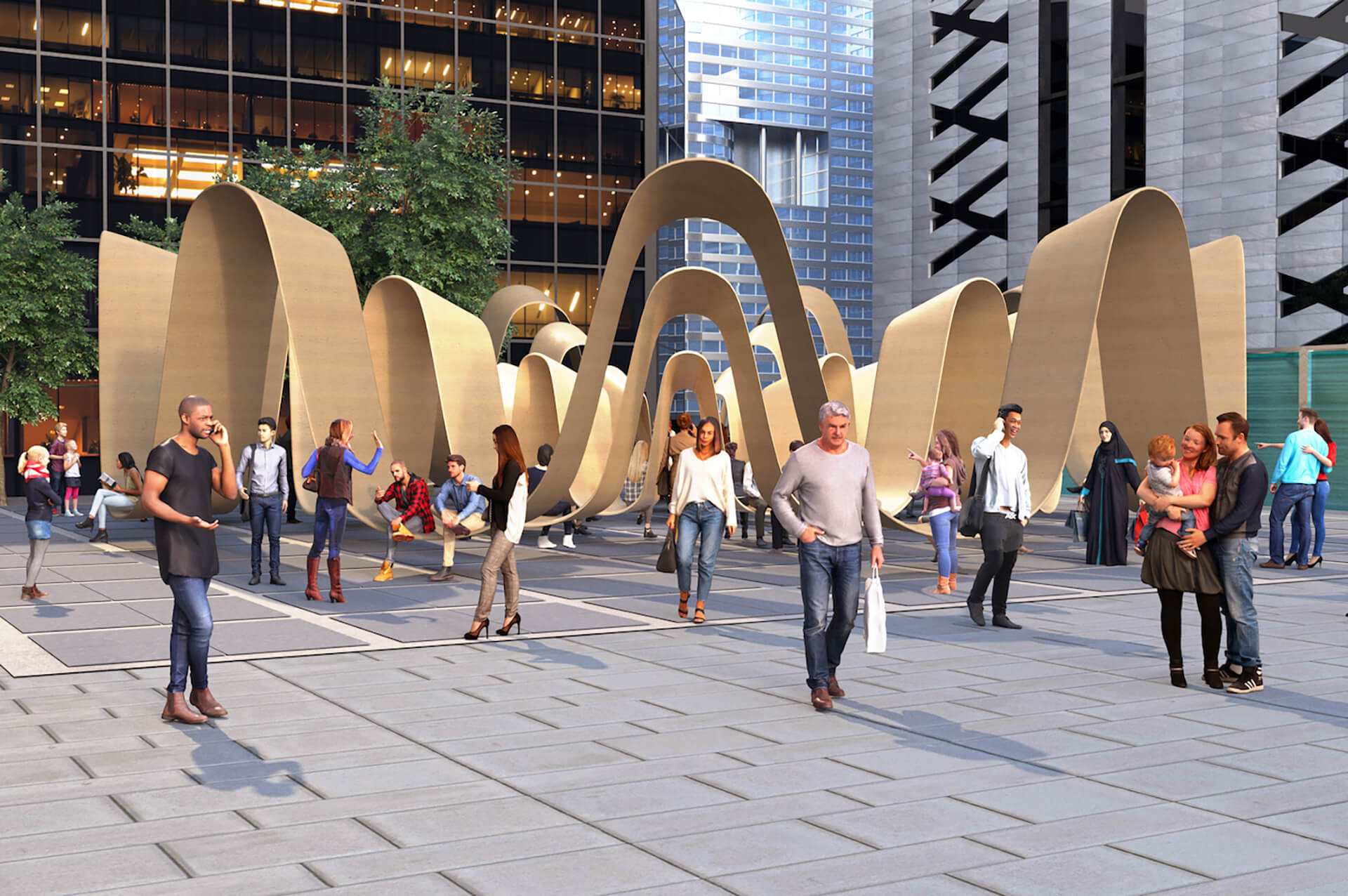 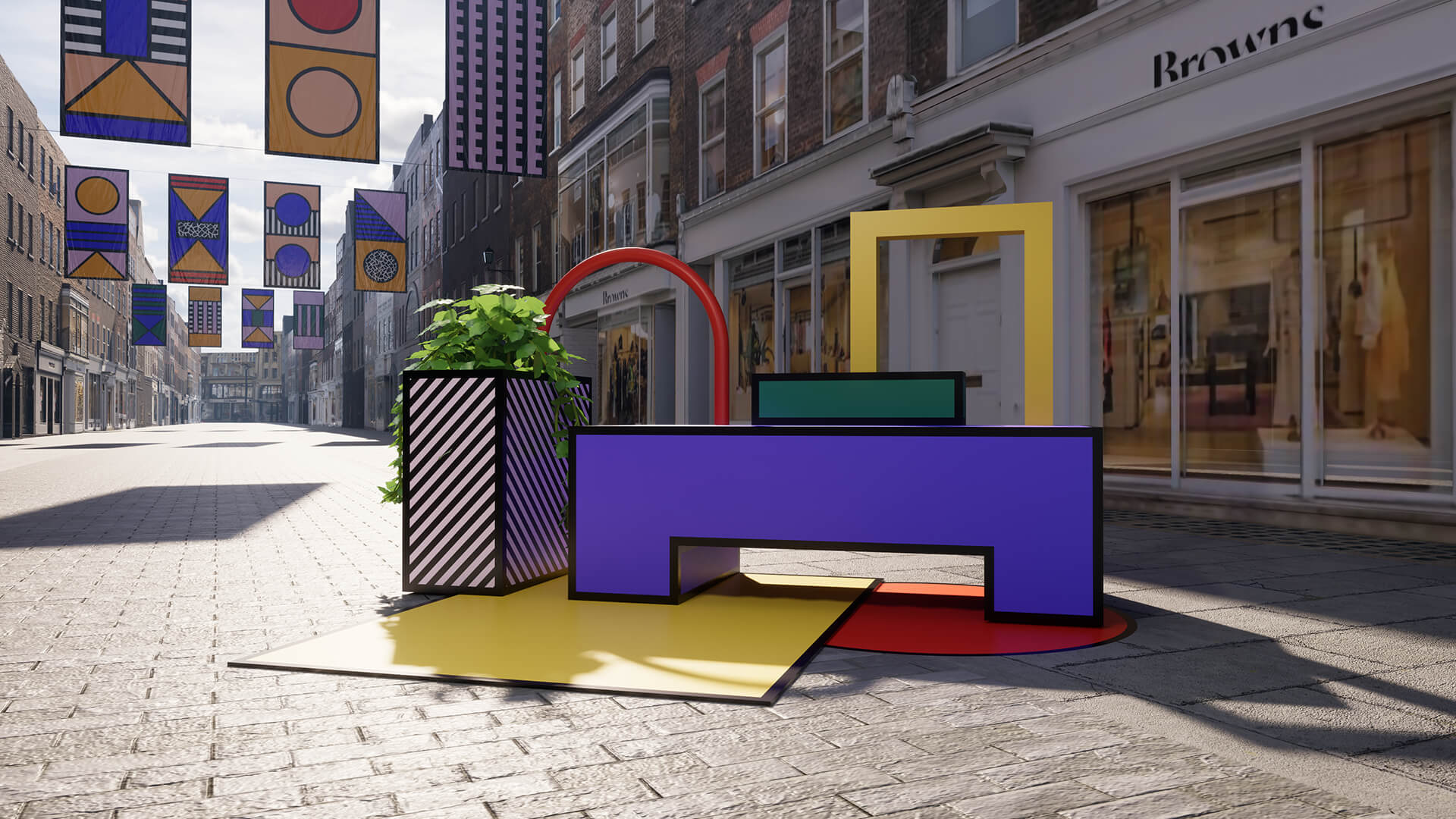 [+] THE NON-PAVILION AT THE V&A
Studio MiCat, There Projects and Proud Studio present a series of Augmented Reality proposals that respond to the concept of degrowth within the context of installation design. As the group of curators asks, ‘can design help identify and promote societal values for the 21st century and advance a sustainable, prosperous and fulfilling human existence?’

Location: The Sackler Courtyard at the Victoria & Albert Museum