Nature alone can’t sustain our food habits, so this designer has a spicy solution

Using molecules to spice up gastronomic experiences, Russian-German food designer Alexandra Genis proves that not everything artificial is unsustainable, as she eliminates the need to transport produce around the world.

The creative way in which the Design Academy Eindhoven graduate addresses and tackles complex and controversial topics gained her a spot in The Challenge.

You’ve nosed out a way to tackle future food shortages.
ALEXANDRA GENIS: In Western Europe, we want everything to be ‘natural’ without thinking about logic or consequences. Nature can neither produce nor sustain the amounts of strawberries, vanilla, citrus and many other foods required for flavouring the products on supermarket shelves. Why do we feel entitled to take a field of strawberries – delicious and filled with all sorts of vitamins – and use it to make jam or ice cream? 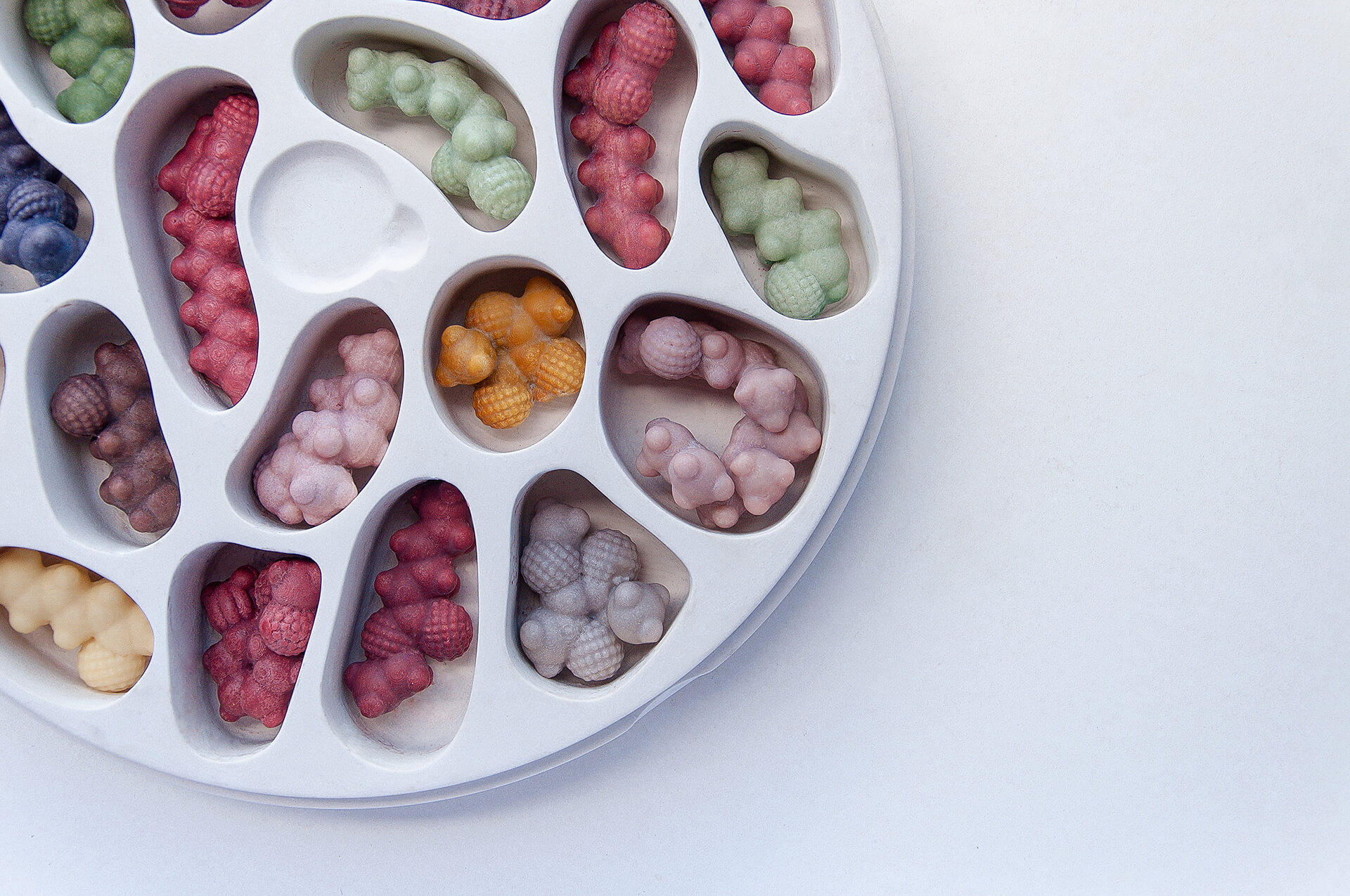 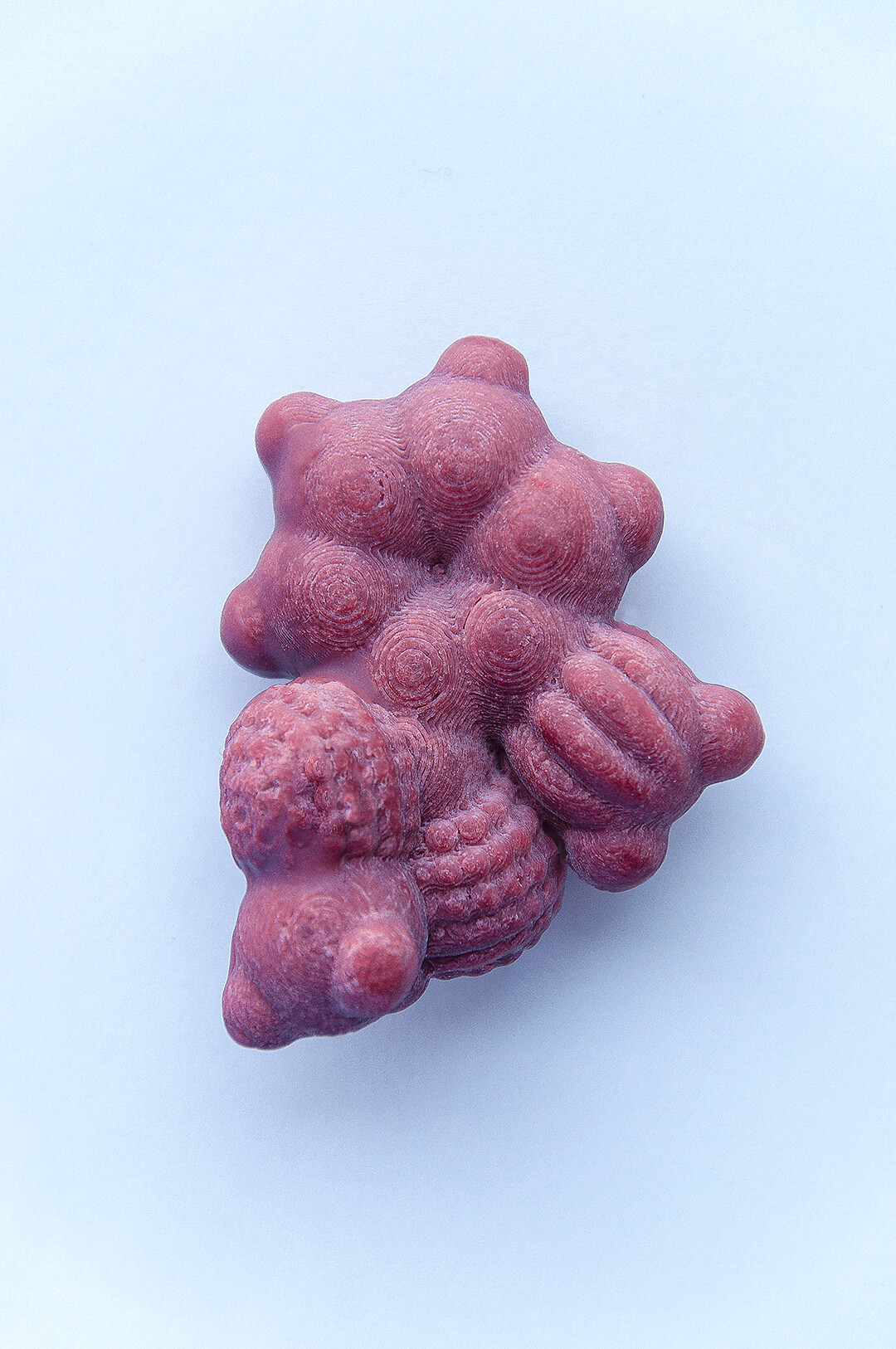 What’s your solution?
A collection of spices that create flavour through nothing but pure molecules. After reading ‘no artificial flavouring’ on a jar of yoghurt, I wondered why added flavour should be negatively perceived. I started researching the subject and found that we can taste 11,000 molecules, so why can’t each molecule be a spice?

How does Atoma work?
Each molecule has an individual flavour and can be added to a dish by rasping, like we do with nutmeg. Strawberries have up to 200 flavour compounds, but we can taste only 24 of them. I used these 24 molecules to make 24 spices, employing the molecular shape as a guideline. To produce strawberry flavouring, however, you have to mix all 24 together, just like nature does.

An ‘aroma’ is a smell, and a ‘flavour’ is something we taste. The two words are not interchangeable.

How could Atoma be applied to hospitality projects?
In a gastronomic context, Atoma is at one end of the scale and Noma’s Time & Place is at the other. Atoma has no time and place. Every flavour can be concocted everywhere, in any season or climate, eliminating the need for transporting exotic and expensive produce from faraway places. Atoma ensures high-quality food experiences without affecting the landscape. 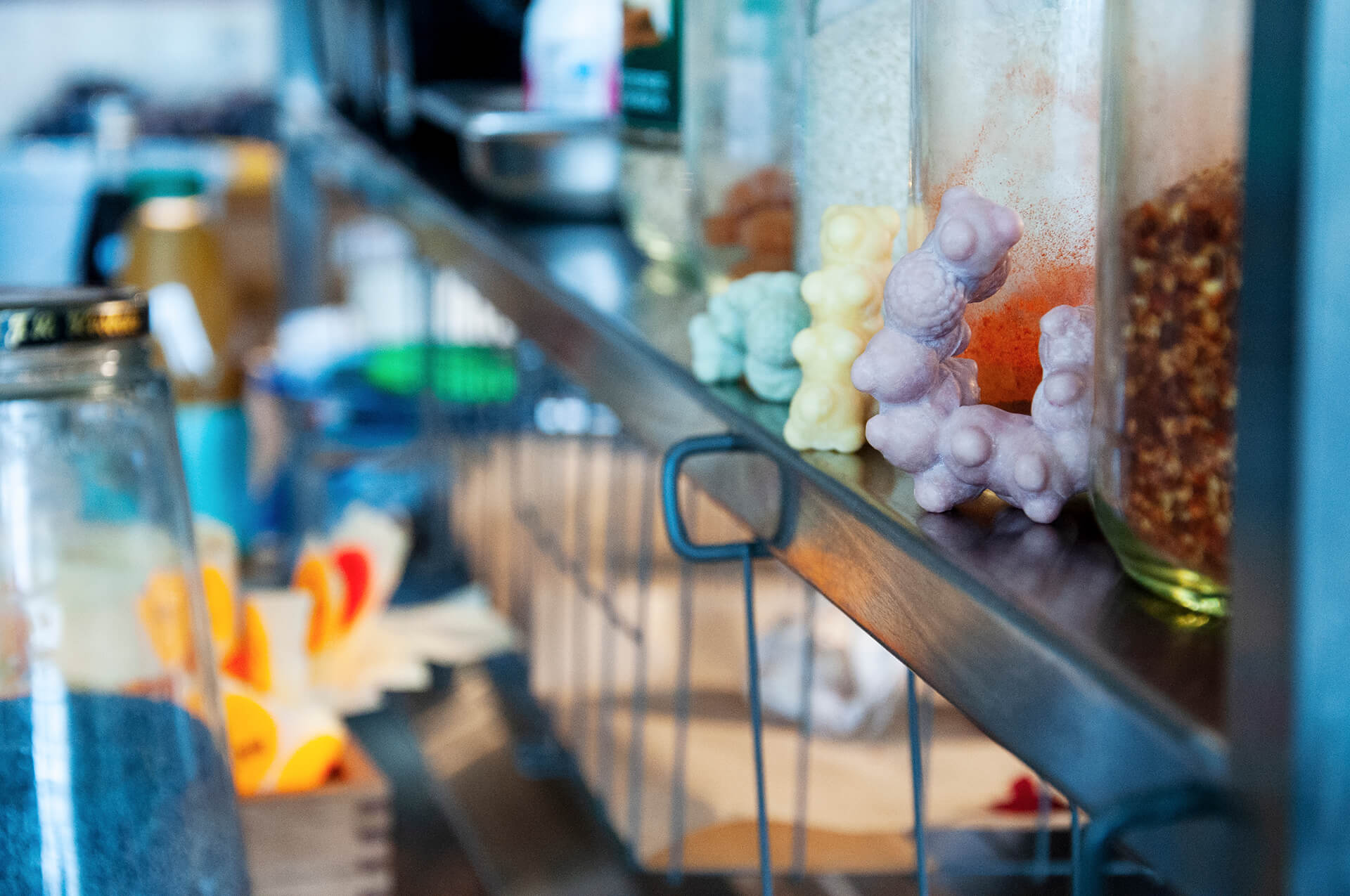 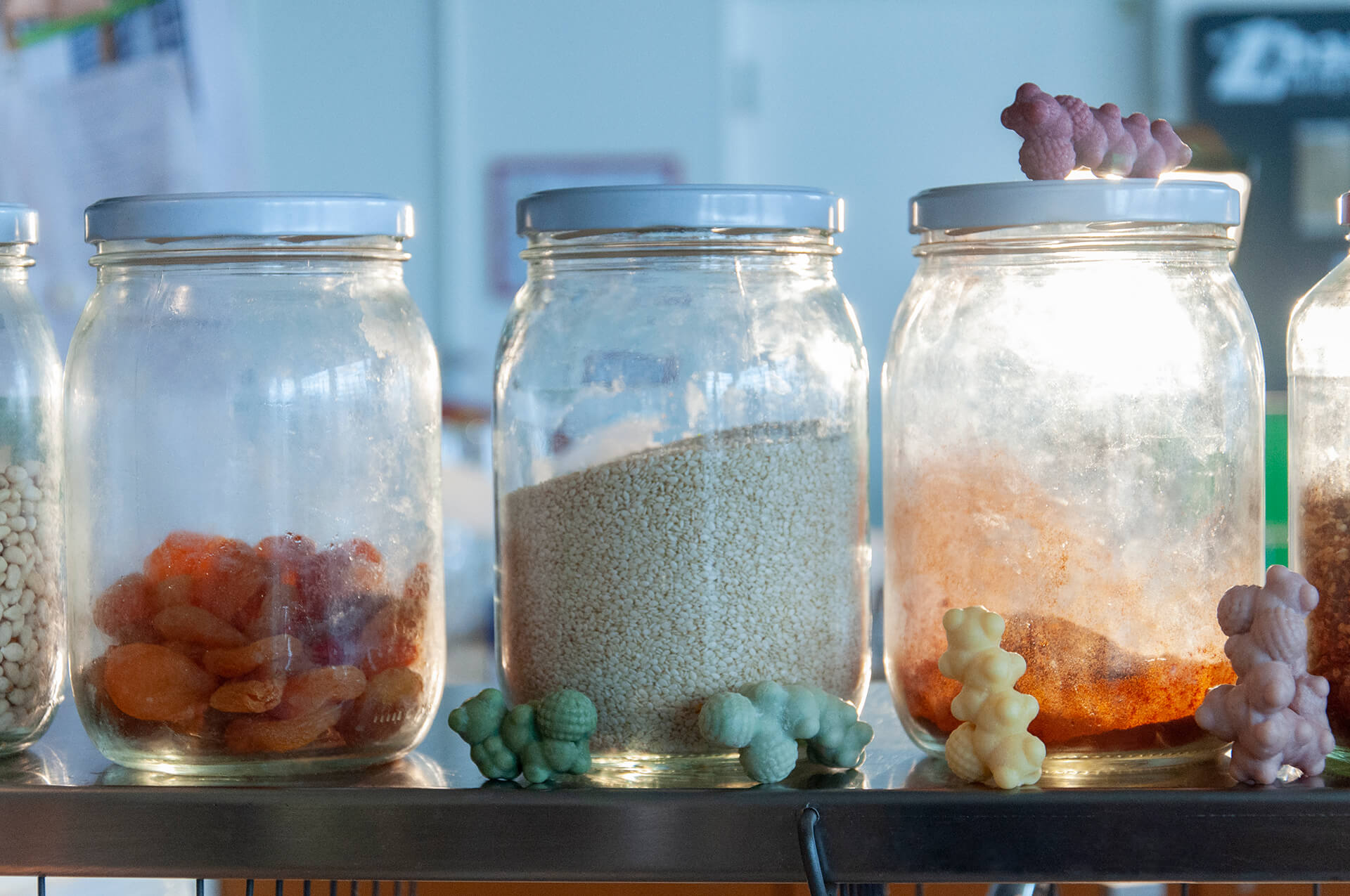 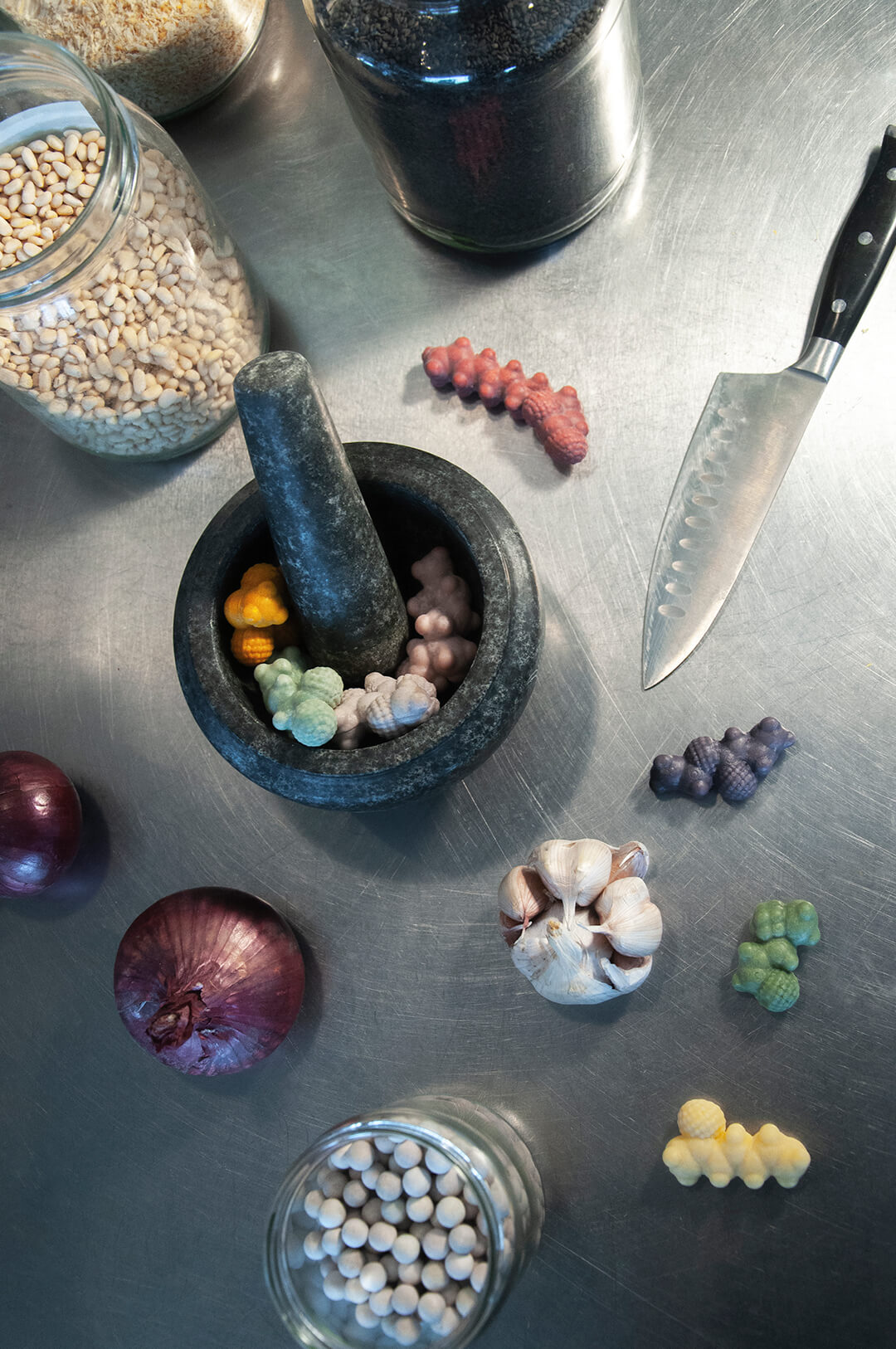 Can you tell us more about your research – and the results?
I visited a company that produces flavourings and was introduced to the process of making potato crisps. A crisp without flavour-filled additives tastes like cardboard; what makes the crisp so addictive is the composition of potatoes, oils and ‘flavour enhancers’. My conclusion is that people enjoy almost any food with mouthwatering additives. If you know the right combination of molecules, it should be possible to develop sustainable foods with perfect nutritional properties and to flavour them in exciting ways. In theory, you should be able to re-create any flavour in any type of dish, whether you’re cooking up edibles that taste like tree bark, Martian sand, petroleum or dinosaur. The possibilities are far-reaching.

What do you want to achieve with Atoma?
I’d like to expand our understanding of food and reverse the Western notion that artificial things are responsible for the environmental crisis. Generally speaking, the public consensus is that everything artificial is automatically unsustainable, but I want people to make peace with artificiality and to embrace the opportunities that science offers instead of being scared. People are becoming less conservative when it comes to other cultures, and it would be great if we could also start opening borders when it comes to food.

This piece originally appeared on Frame 124. You can purchase a copy of the magazine, focused on sustainable hospitality projects, here.