Masquespacio’s casual and non-committal interpretation of a sushi bar

In true contemporary style, Masquespacio delivers an interior concept for restaurant Kento that’s casual in more ways than one, as the owners remain undecided as to the restaurant’s future direction. 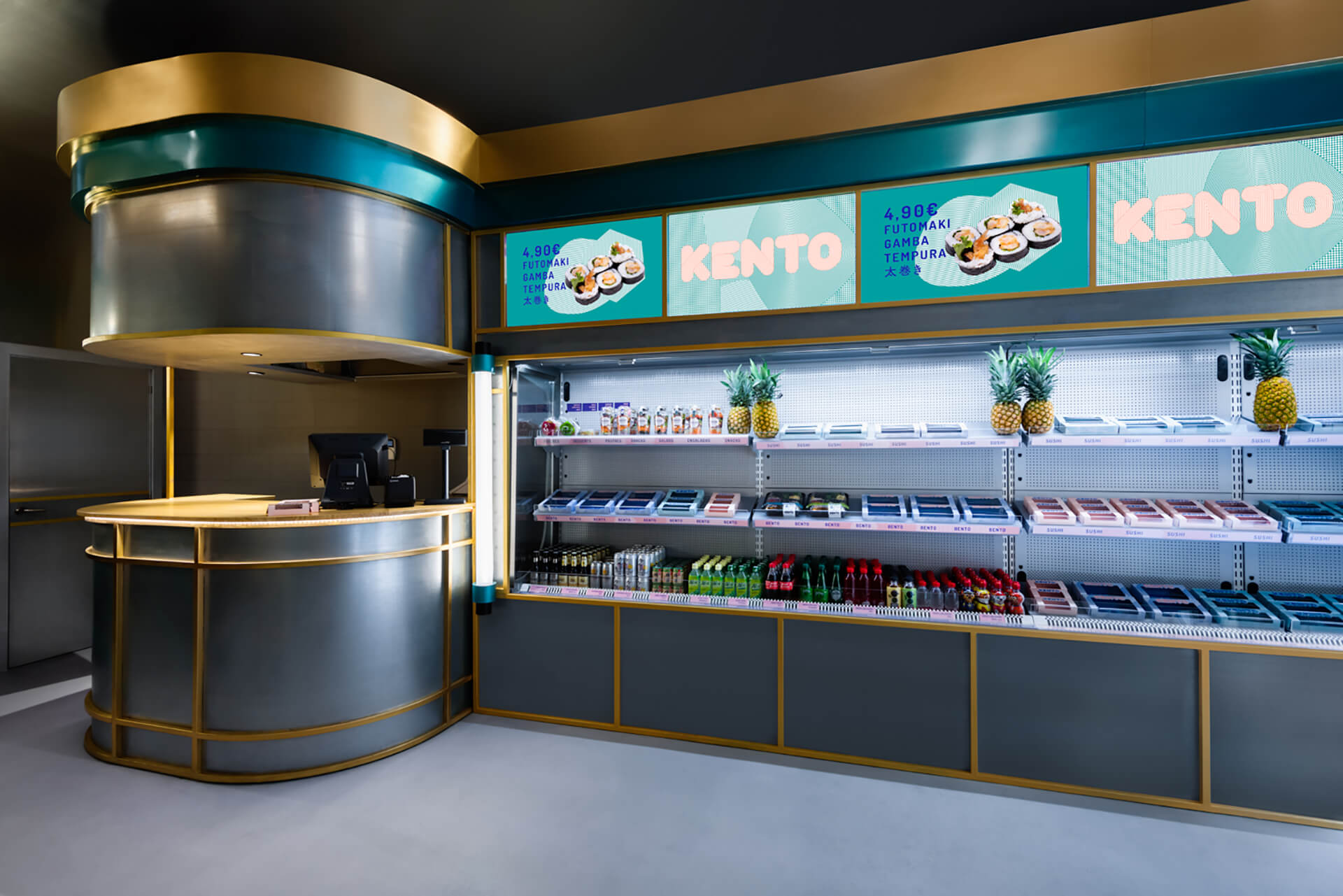 Entrepreneur Eduardo Hijlkema together with YouTube personality and chef Taka Sasaki created the sushi bar and takeout concept in response to the city’s lack of high-quality Japanese food at affordable prices, but hope to expand Kento’s menu to dishes from other parts of the Asian continent in the future. Unfazed by this ambiguity, Masquespacio creates a quirky interior that takes cues from Japanese cuisine as well as the contemporary concept of a casual takeout restaurant. 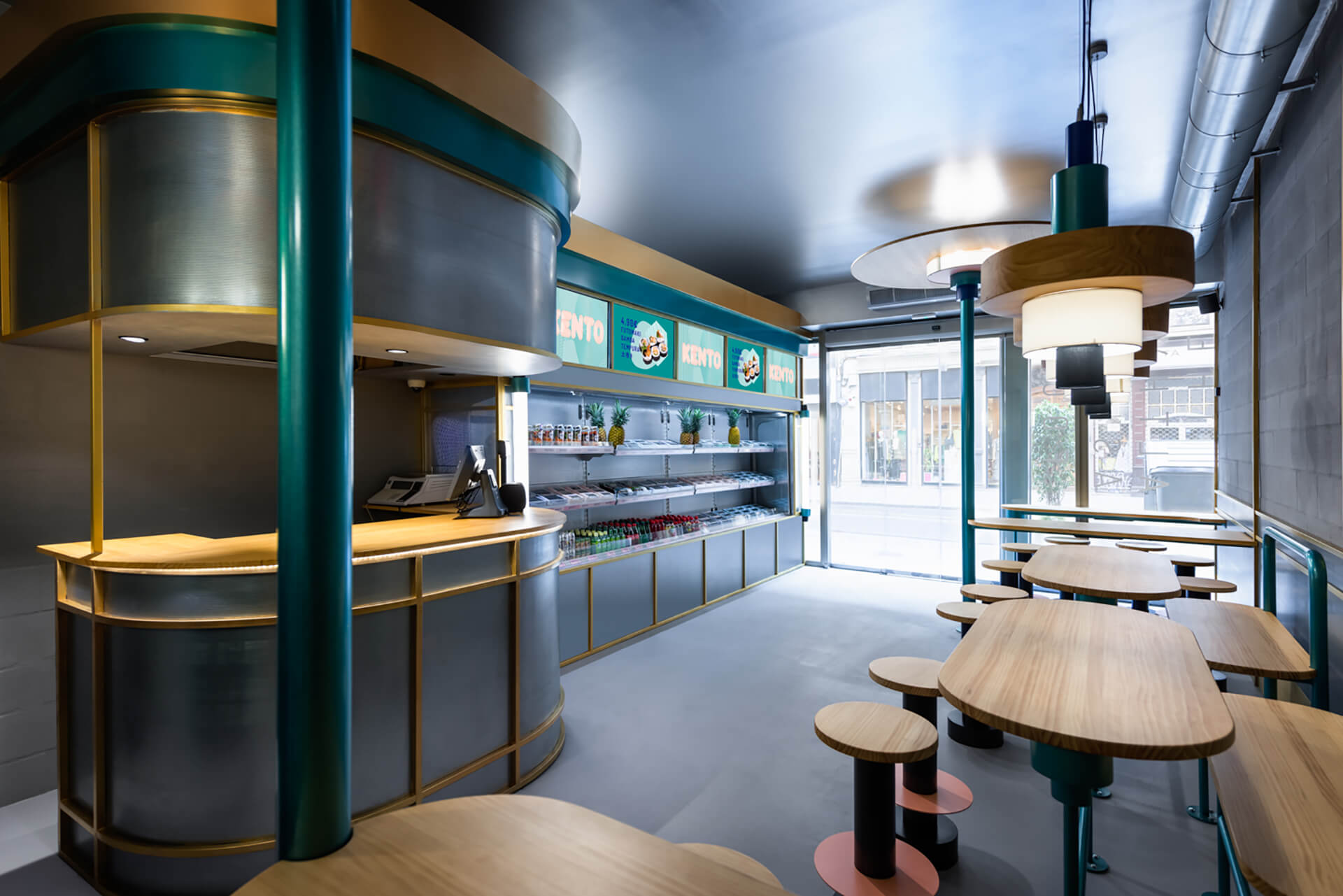 A strong visual dynamic within the confined space communicates its fast-paced nature, with a simple, linear layout and hard grey surfaces reminiscent of a train station. The 80-sq-m restaurant subtly refers to the cuisine without appearing exclusively Japanese by taking inspiration from the collective Western understanding of ‘Oriental aesthetics’. At the same time, rough masonry walls and smooth concrete floors give Kento a contemporary finish while geometric furniture custom-designed by Masquespacio adds a playful personality. 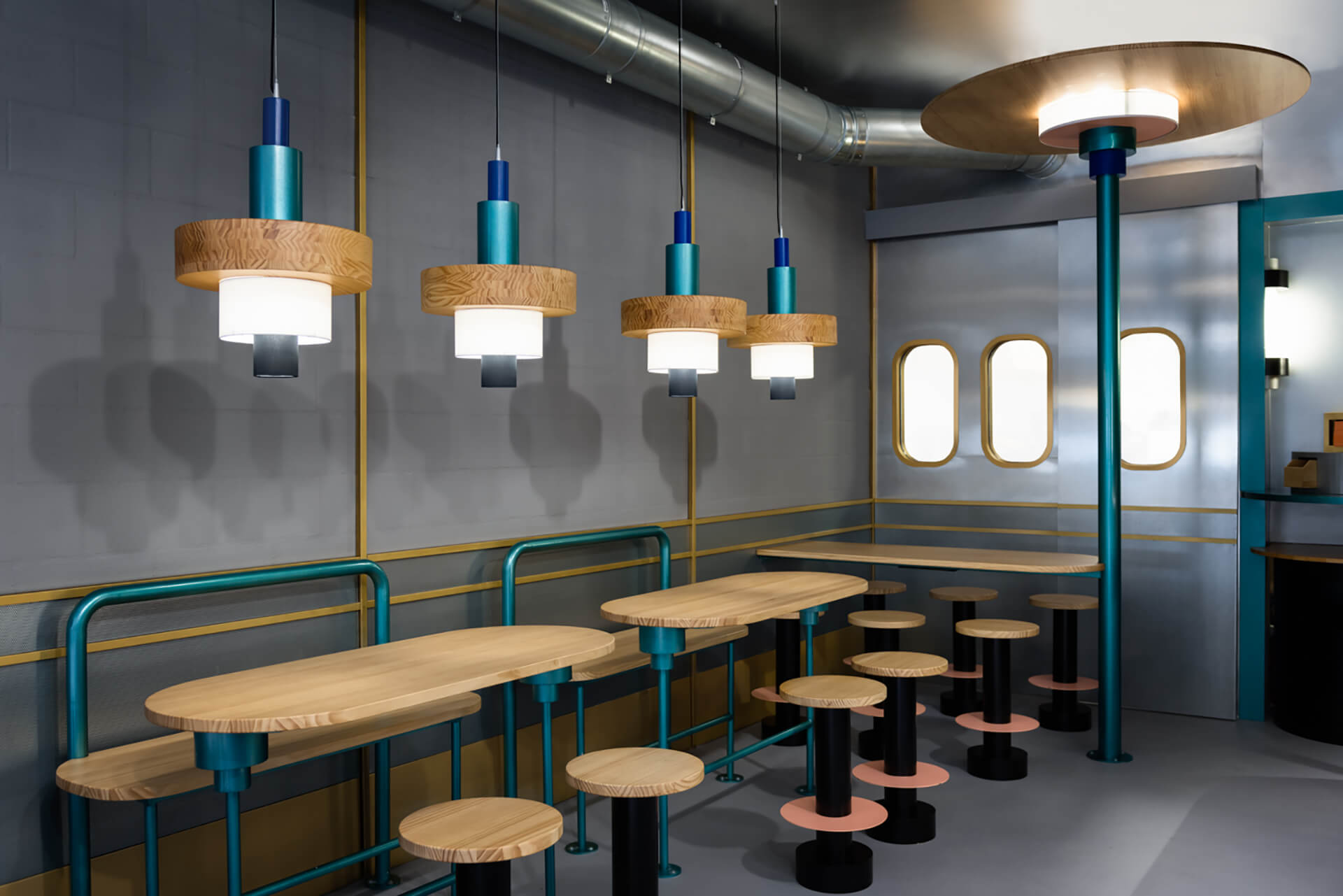 In Kento, the design studio’s signature use of bold colour blocking is restrained to muted-pink and turquoise-tinted elements. These unlikely chromatic combinations – along with rounded rectangles and bespoke lighting – give the space a unique identity. 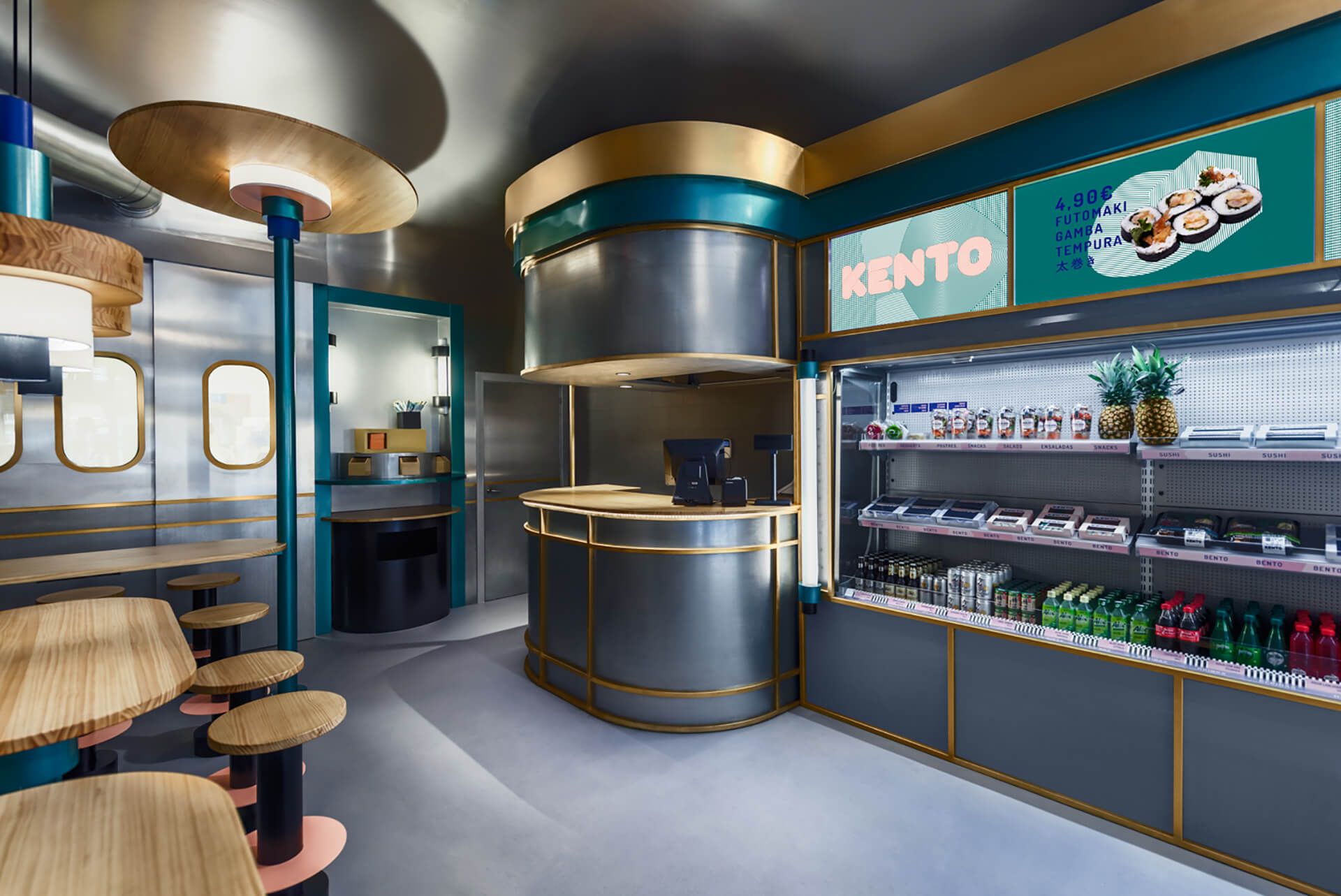 Balancing traditional Japanese aesthetics against the modern takeout concept and the abstraction of Asian cuisine, Masquespacio employs just the right measure of quirky colours and forms to navigate these competing identities in a cohesive, branded interior.