Masquespacio continues spreading out a lush, glossy and highly tactile vision of sushi hospitality in its home base of Valencia: the duo now ventured out to the busy Gran Vía in the Spanish city, for the latest location of restaurant chain Kento.

The first Kento spot came to life in the summer of 2017 with a striking proposal of cement, golden touches and metal greens – something unexpected for the type of cuisine at hand. For this location, the fourth in the company’s roster, the designers went for several changes in scale: they experimented with large tiles throughout the venue’s 90 sq-m, along with semicircular strips of wood. 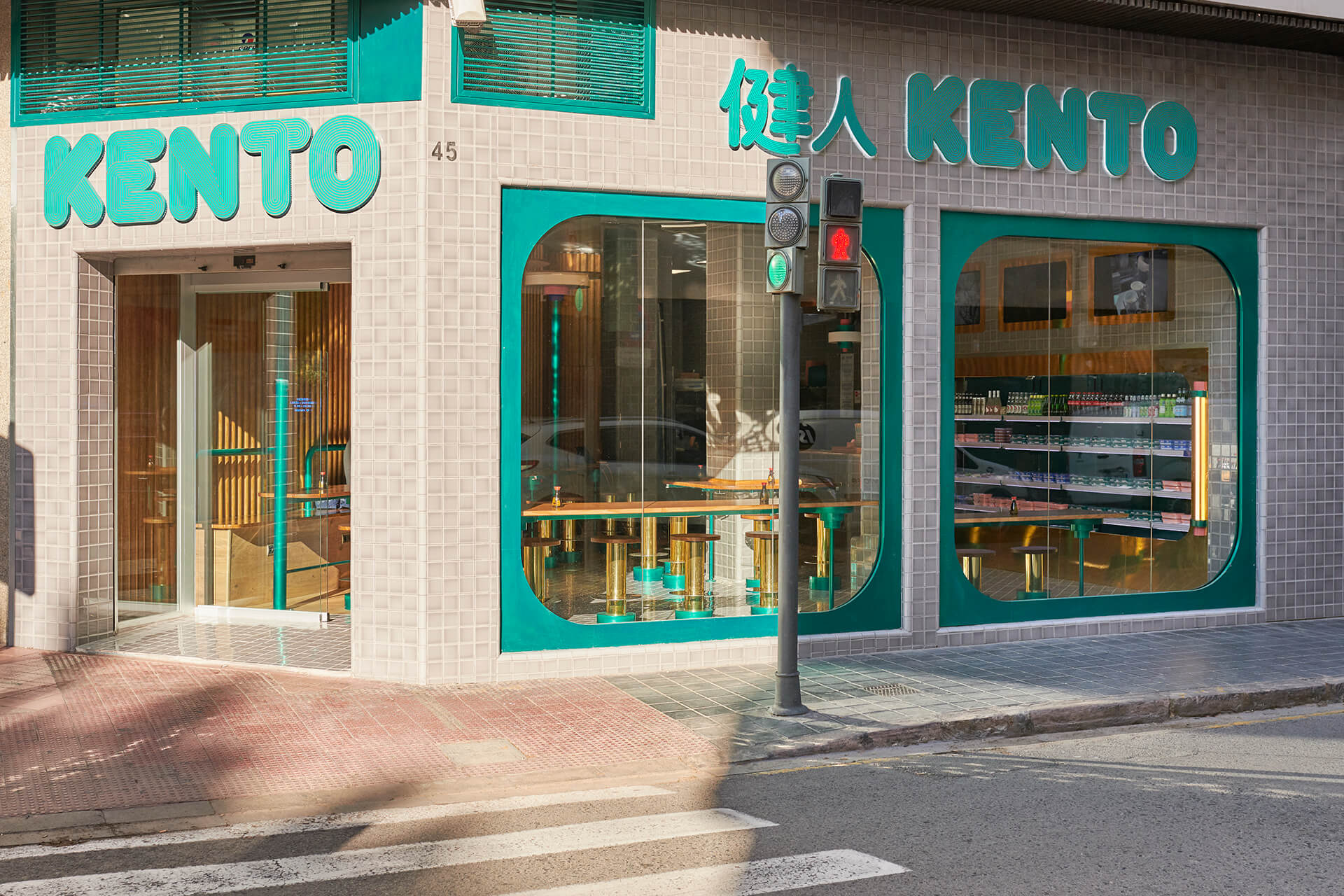 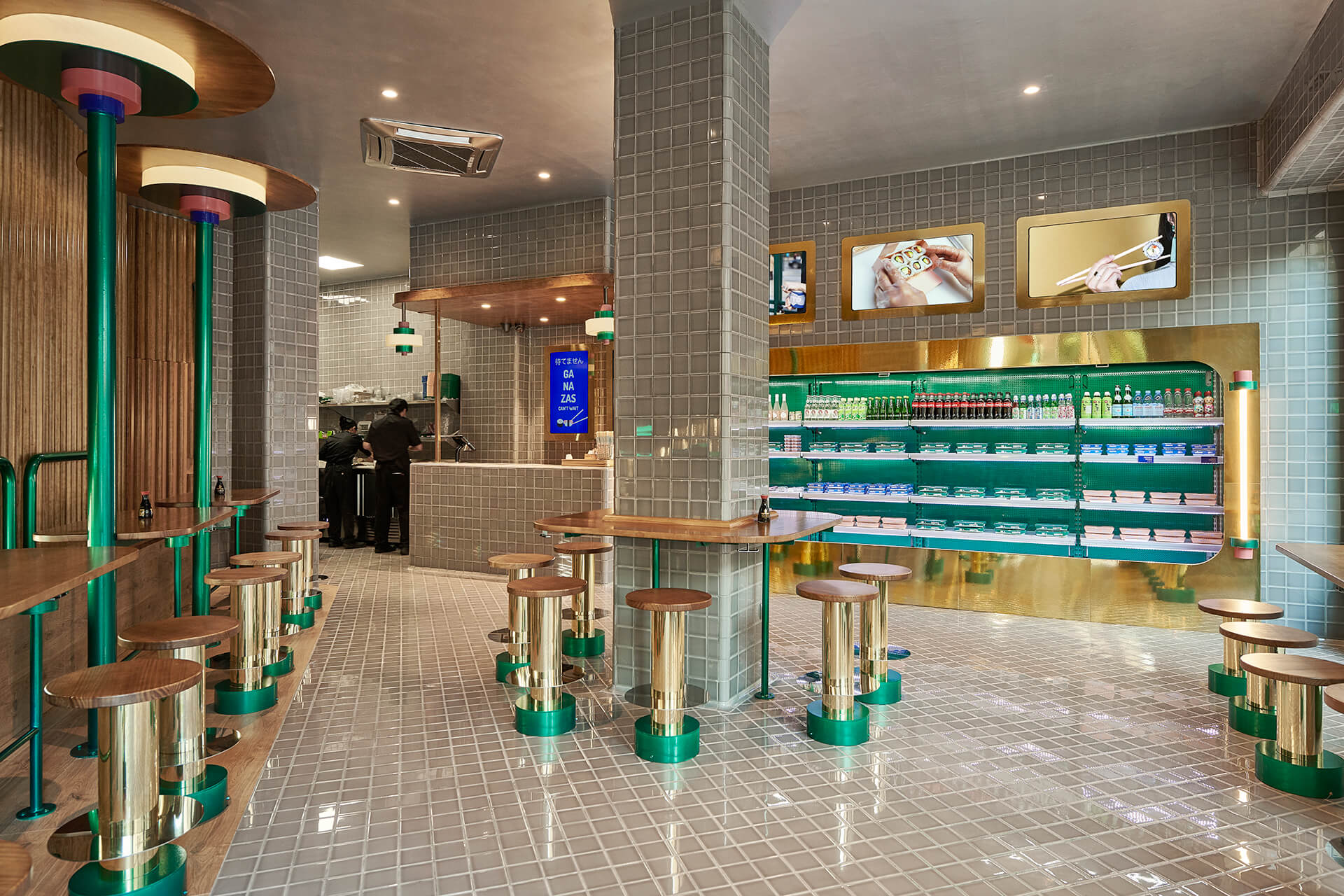 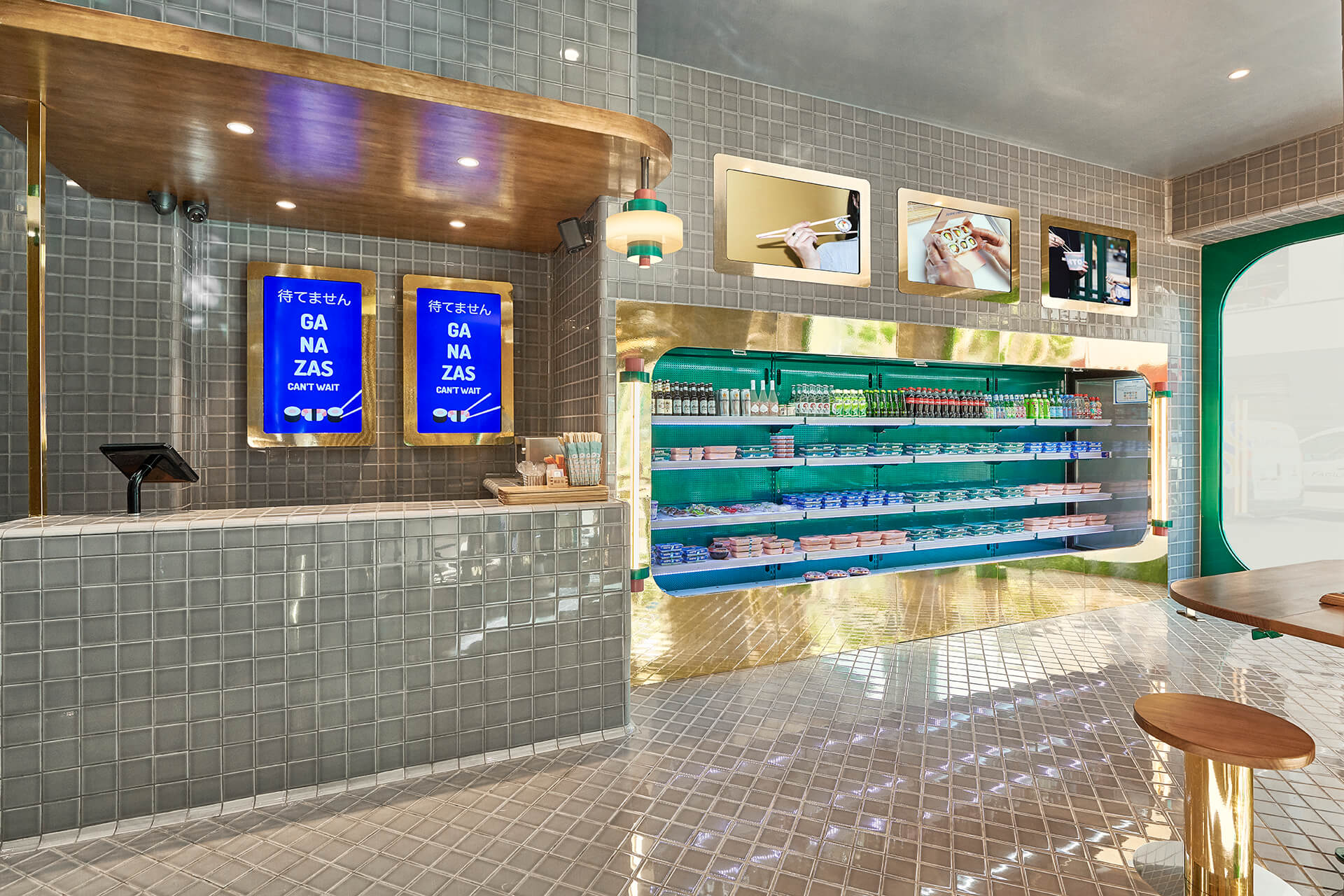 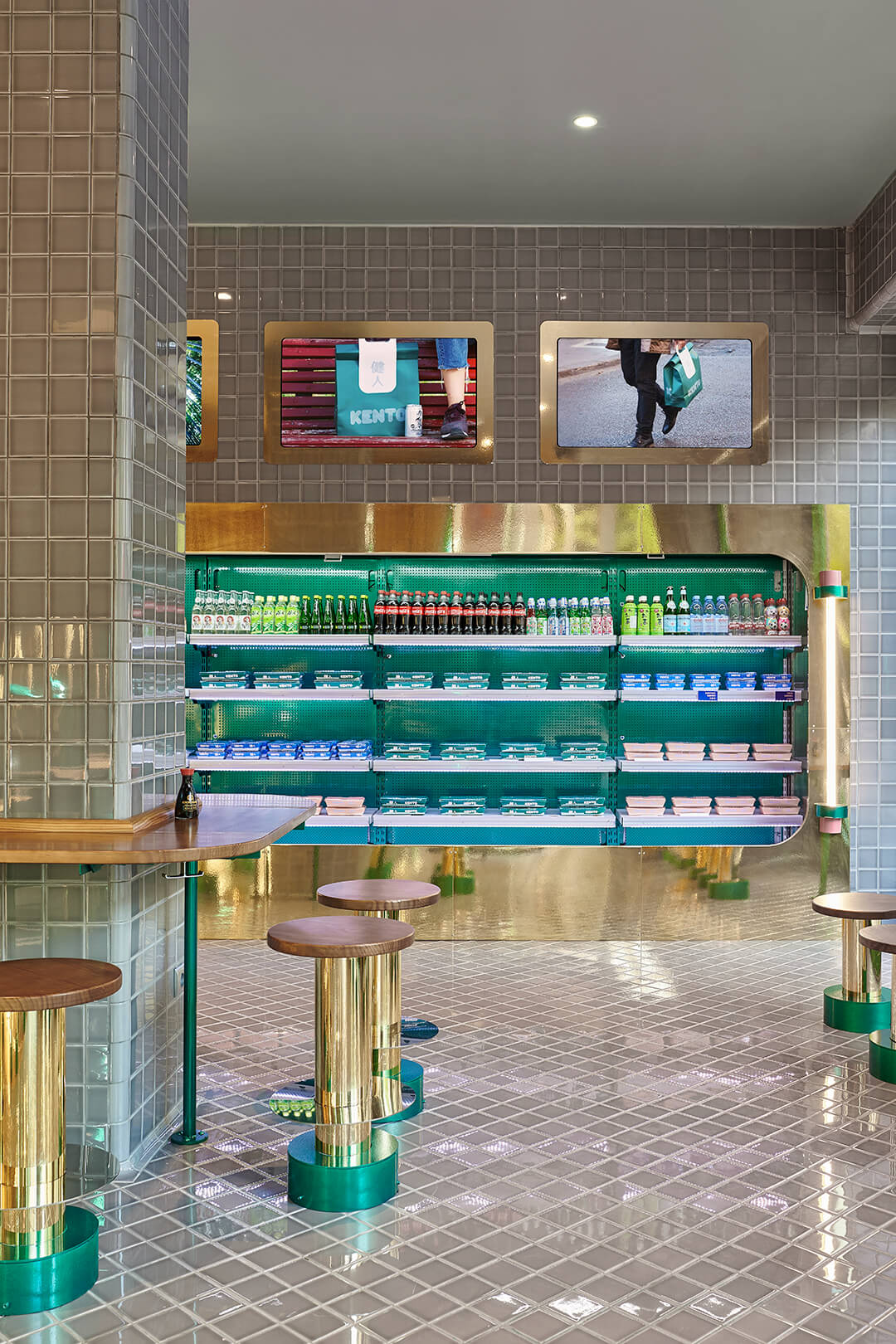 The former material is a new introduction, while the latter is a recurring element of the visual identity the duo created for its client. ‘We wanted to continue to introduce a new material for each Kento, but maintaining others that clearly point to the brand’s previous interiors,’ explained Masquespacio’s Christophe Penasse.

The half-familiar, half-new formula has turned the Kento locations into recognizable but still surprising locations – although there is a common look, no two restaurants are the same. That is particularly relevant given the fact that the nearest Kento spot is a mere three blocks away. ‘The aim of the design is to surprise the client every time you enter a new Kento, but keeping elements that clearly identify the Japanese food brand,’ explained co-designer Ana Milena Hernández. ‘For us, it’s a good example of how to maintain your brand image while introducing a new design for each point of sale.’