When on the Mediterranean coast, sun, sand, and wild vegetation dominate our views. Here to give us a new vantage point is La Barquière designed by Pietri Architectes in Marseille, coming in the form of a white and glimmering 62-unit building. Pietri Architectes follows their motto of ‘romantic rationalism’ and this is duly noted in the project - seductive curves and a shining enamelled façade cover an efficient apartment complex. 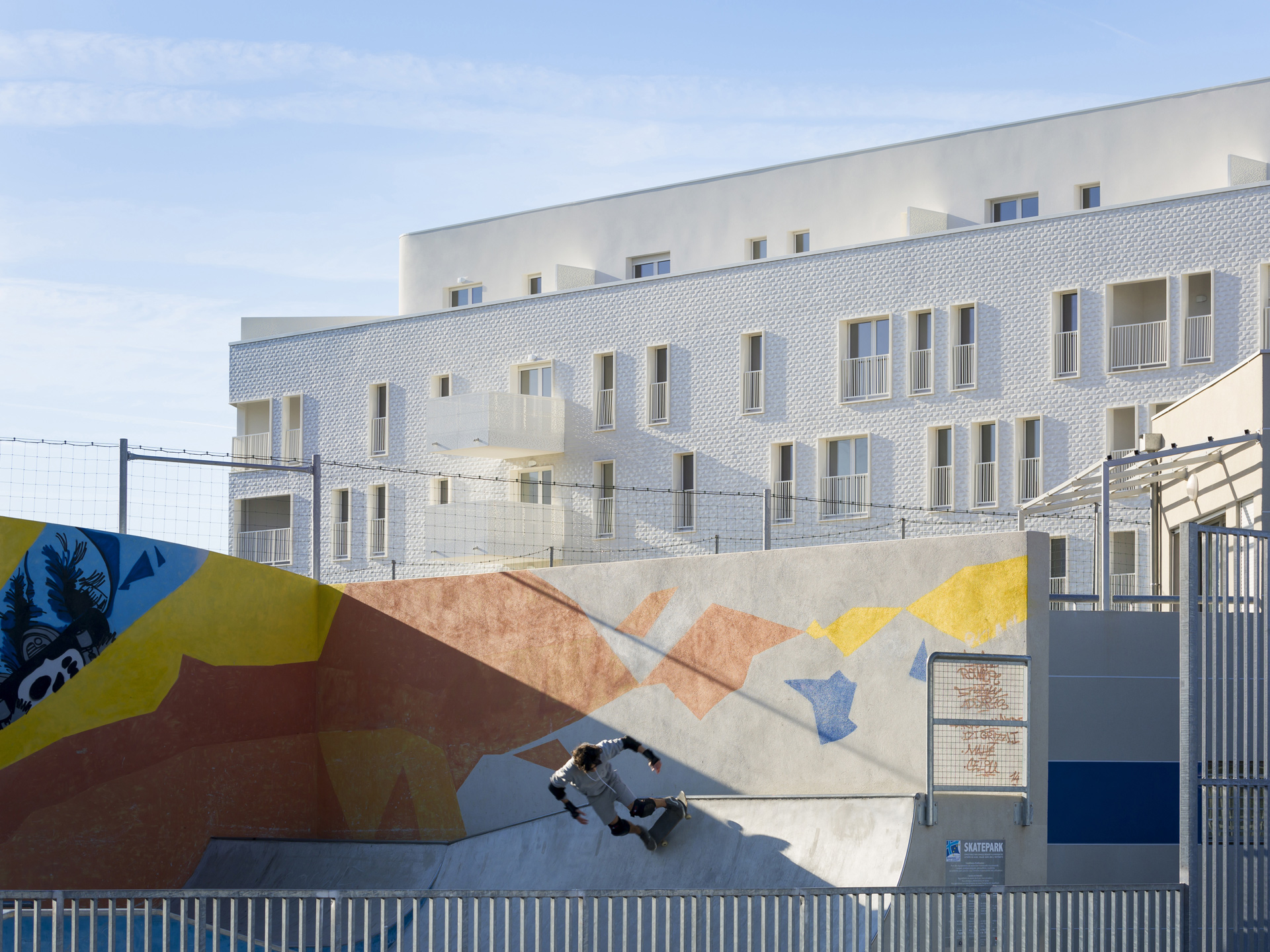 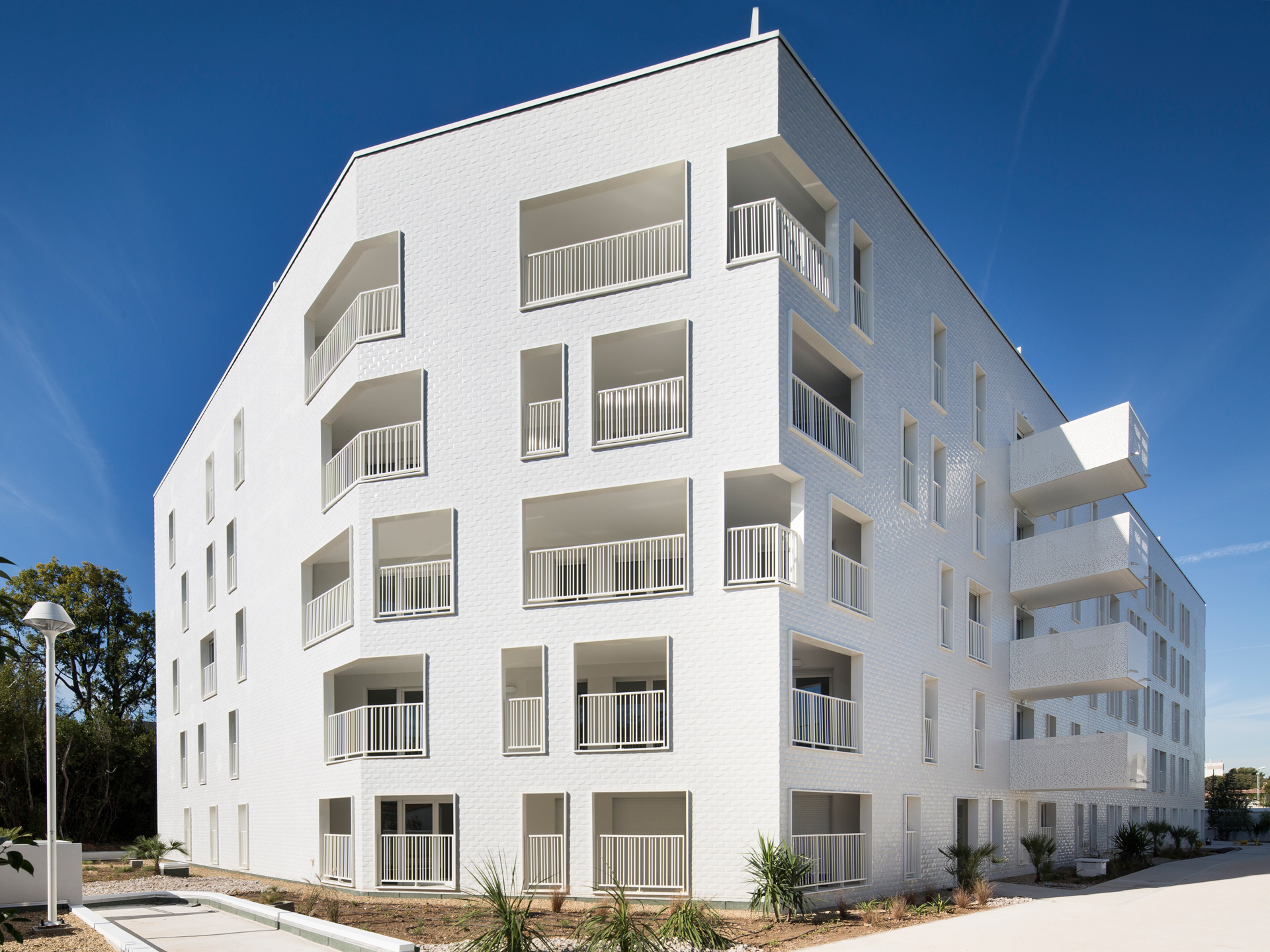 The L-shaped block takes a minimal footprint of 991 sq-m, leaving ample space between itself and an existing 18th century villa the owner wanted to keep. Additionally, a large area is kept for an existing Provençal garden. Besides embracing the greenery and the villa on one side, the six-storey building fits into the eclectic urban fabric as it stands on the corner of the street on the other side. 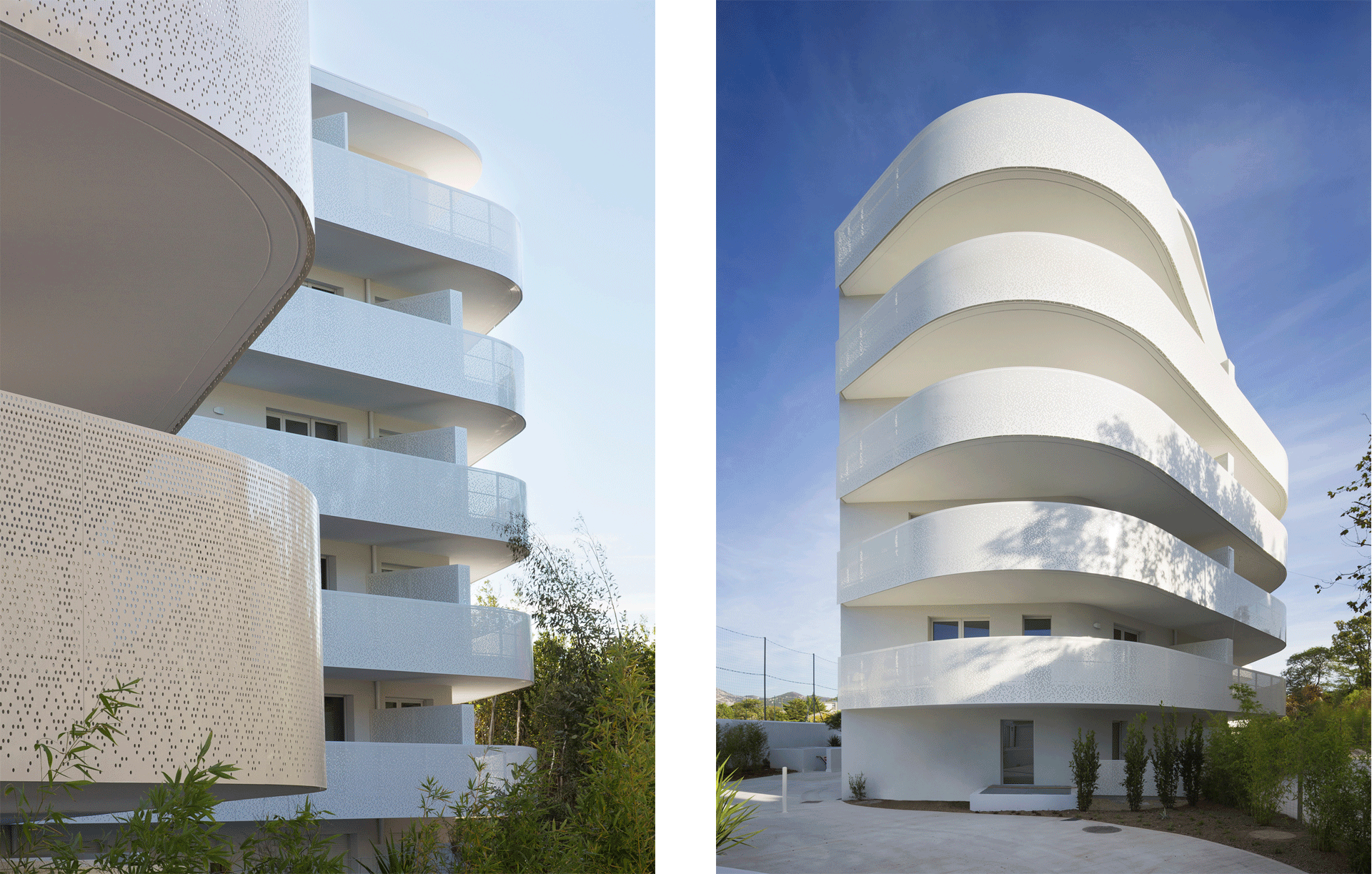 In this two-sided site, the architects chose to create a duality in its façade language. On one side, impeccably white ceramic tiles clad the street-facing façade. On the other, the architecture takes its inspiration from Streamline-Miami rather than an overdone Art Deco-Riviera style. 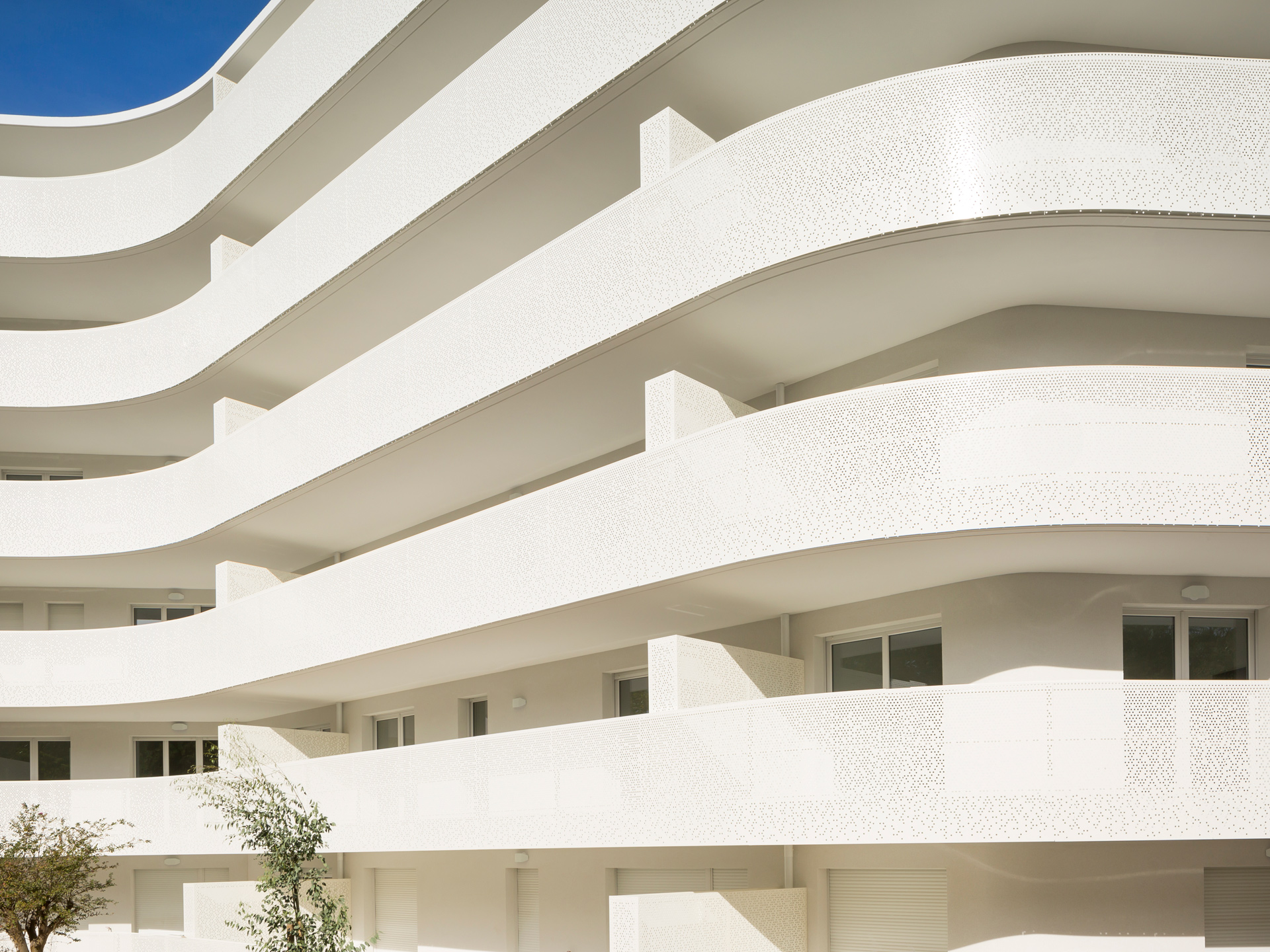 Folded sheet metal balcony balustrades are patterned with perforations as they curve along the residences. The undulating balcony outlines confront the more vertically laid out tile-façade northwest façade. ‘It is a solar and "bipolar" architecture,’ explains Jean Baptiste Pietri, founder of the firm. 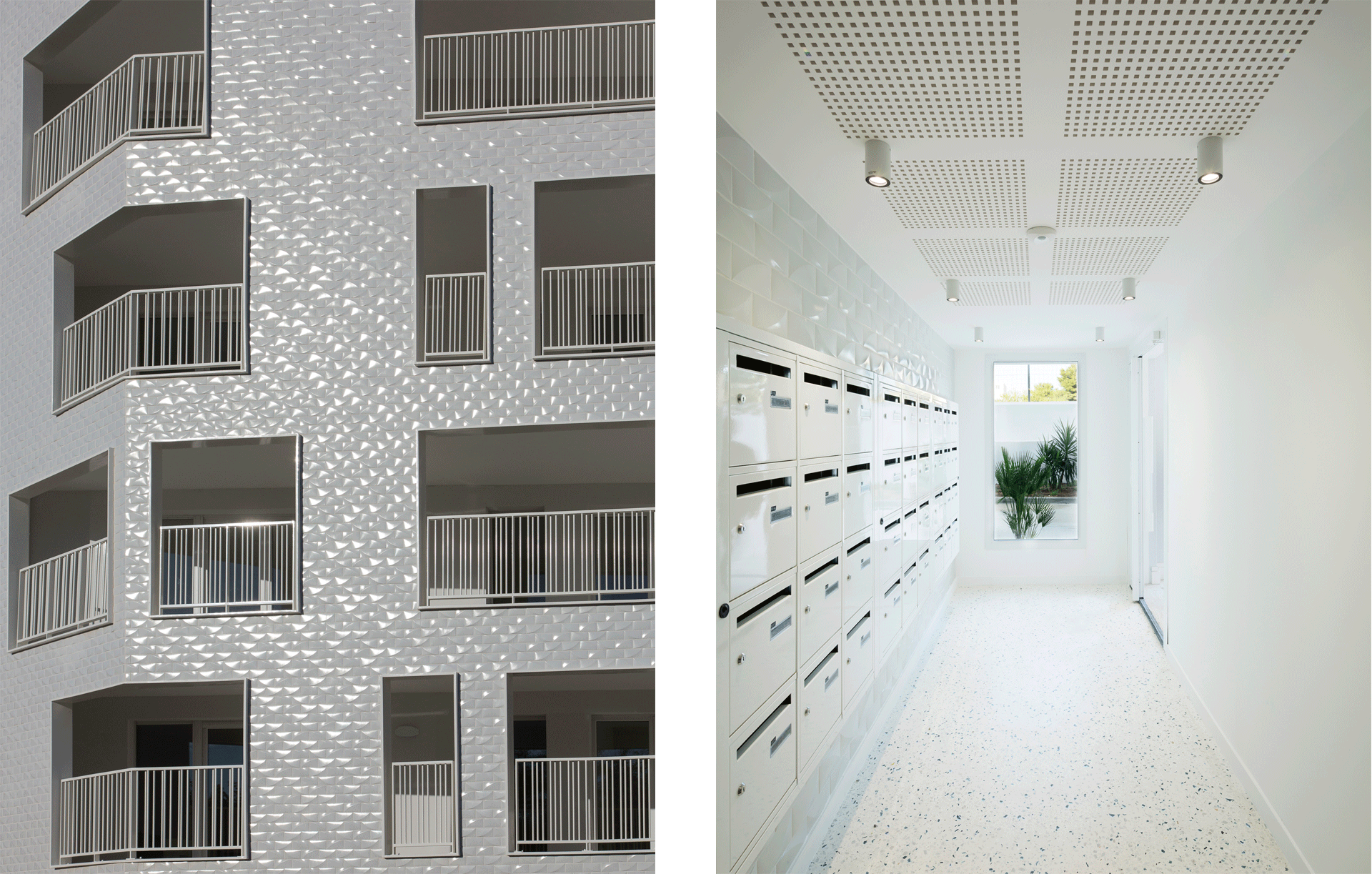 The lobby brings in the same white as the exterior. Visitors and residents are met by polished terrazzo floors with marble chips and blue speckles – a soft reminder that pristine waters are just around the corner. The apartments are identical to one another but the architects got playful with the position of the bay windows for the North and East. Each apartment boasts a balcony, a loggia or a continuous terrace, depending on its size and orientation. 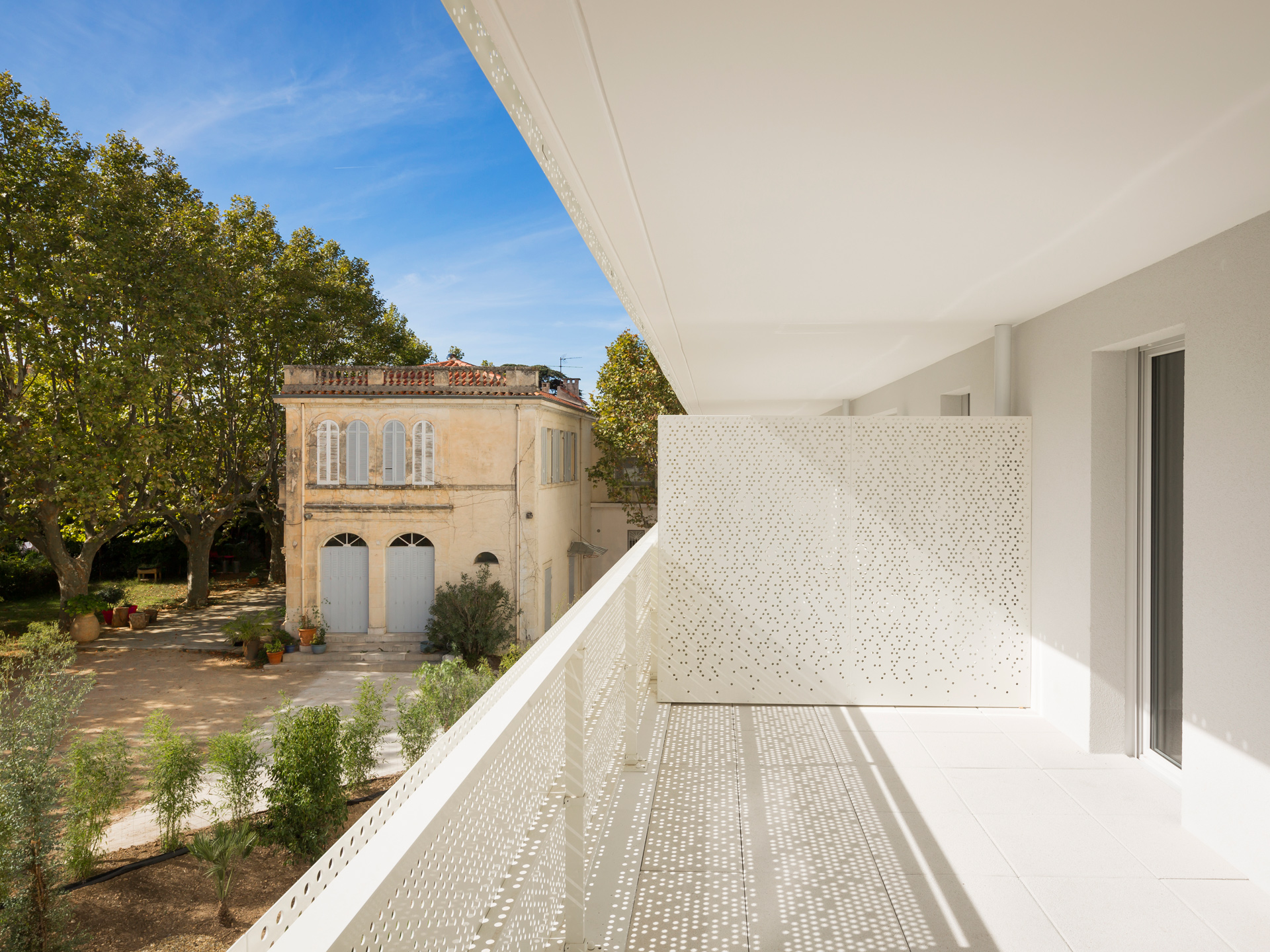