Joly & Loiret turns out a performance building well-tuned for education

VERSAILLES – Perusing the portfolio of architect studio Joly & Loiret, a firm from Paris, there is a particular style that emanates. Crisp clean lines, solid volumes, a little play with form and simple material palettes are characteristics that are shared between the built and unbuilt works of the studio. There is no exception to the recently completed design for the Le Conservatoire music and performance extension to an existing primary school in Versailles, just outside Paris. 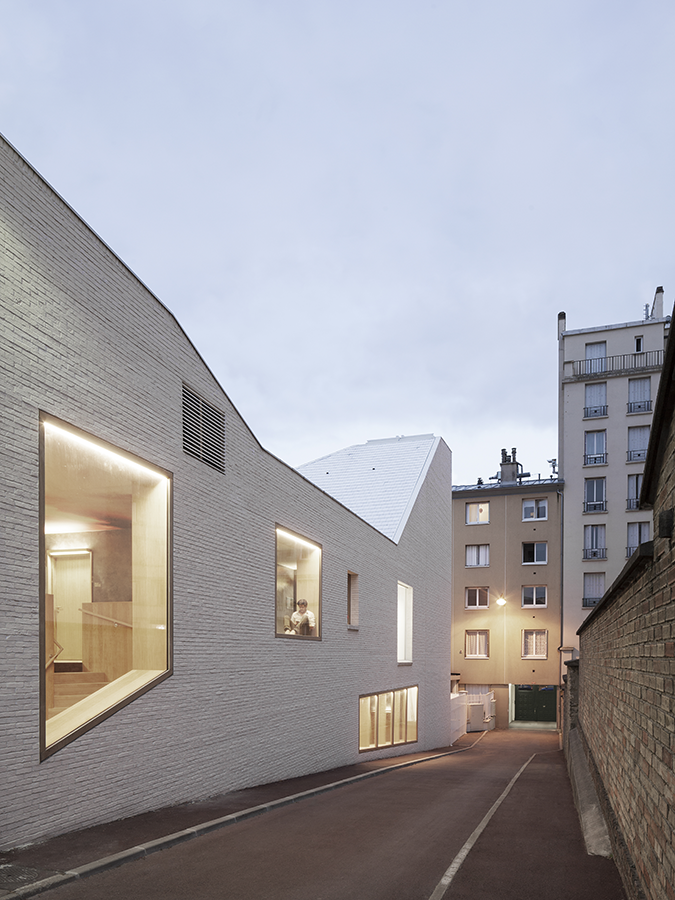 The project presents itself at the boundary of the existing playground, reconciling the disparate gradients between the street and adjacent schoolyard. The roof plane of the building follows on from the uneven ground plan by not settling as a flat surface; the solid white form undulates with a top that rises to three high points which reach up to absorb the sun through skylights. 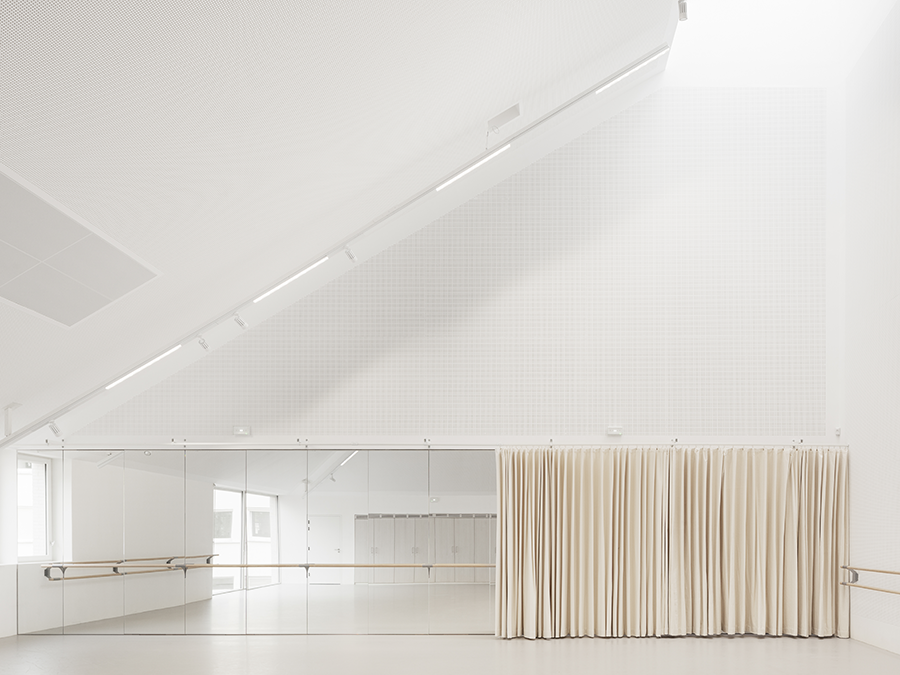 Though the building presents itself clean and white on both the exterior and interior, the architect avoids stark sterility through the use of textures and light. The external form is dressed in slightly stepped bricks, whilst the internal performance spaces have a finely perforated panel which imbues a softness to the spaces – reinforced by light spilling vertically from above and a diffuse light flowing in from both east and west windows. The circulation spaces are in opposition to the rest of the building by sporting a rich timber and charcoal palette, as well as an art piece that lines the ceiling setting a mood appropriate for a building of theatrical happenings. Well-tuned aesthetics are only one element of the success of the design; the wide corridors have a floor surface which appears to transform into seating due a continuation of timber material that provide spaces for social interaction as students cross paths between classes. The architect comments, ‘These uses are visible from outside, comings and goings are theatricalised, different activities meet and a relationship with the town is developed.’ 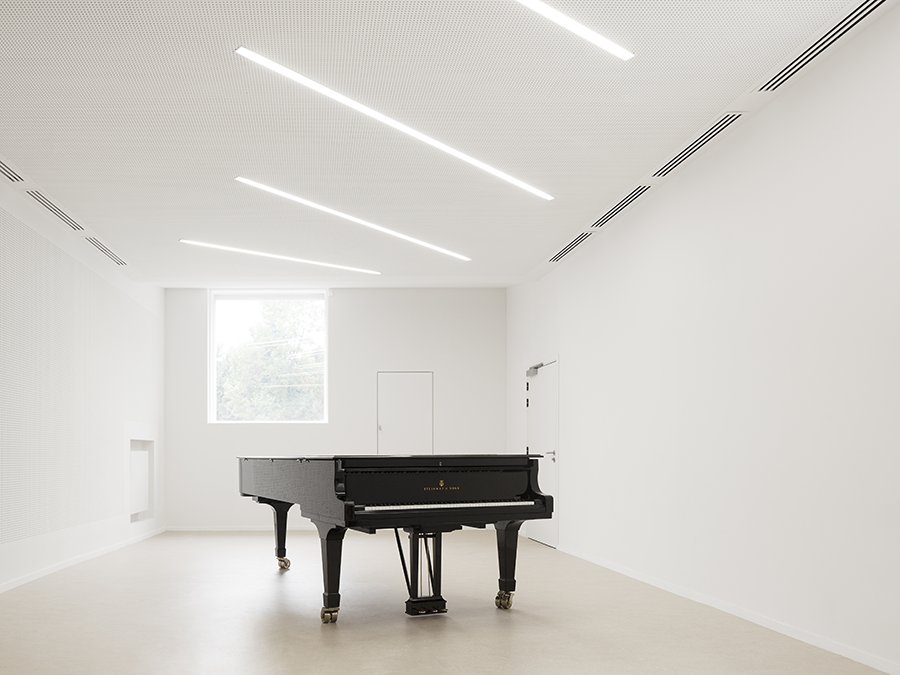 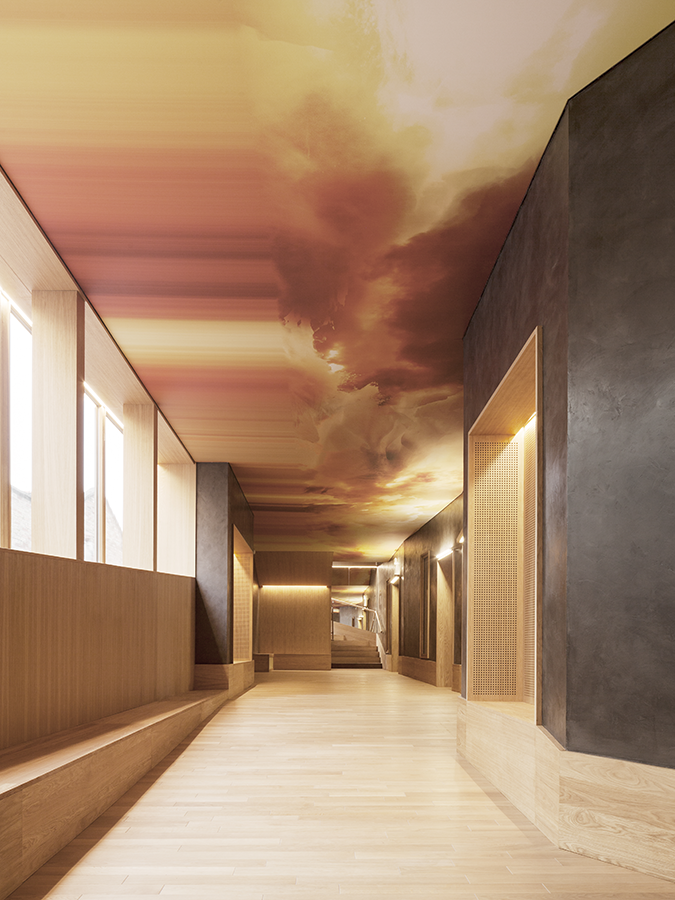 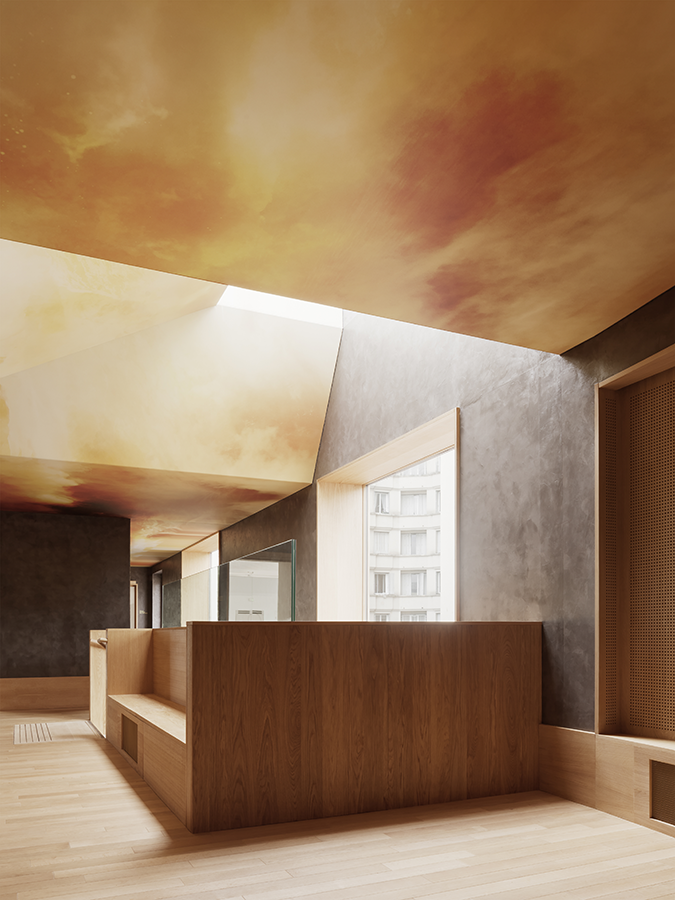