The beauty market is large in China, and female consumers are known to heavily research each product and procedure online before any purchase. In the crowded hair salon market, a Beijing parlor uses that quest for knowledge – along with the market’s proverbial thirst for photogenic spaces – to establish itself as a purveyor of lectures and workshops for advanced consumers.

On average, women in the Chinese capital head to the hair salon once a week for intensive nourishing treatments and root touchups. It is, to say the least, a profitable industry – and thus a very competitive one. Most mid-range parlors compete on price or the quality of service, but in the upper echelons, it’s about giving demanding and knowledgeable consumers something extra.

So the owner of Blue Mist, the newest Beijing location of a hair salon, went for a one-two punch: not just commissioning an undeniably photogenic space to attract new customers, but also requesting a flexible layout that could provide a stage for haircut shows and lectures. As we explored in an earlier piece, the didactic element of hospitality is big with upper-middle-class consumers in China, so this can become quite the pull for the salon’s potential clientele. 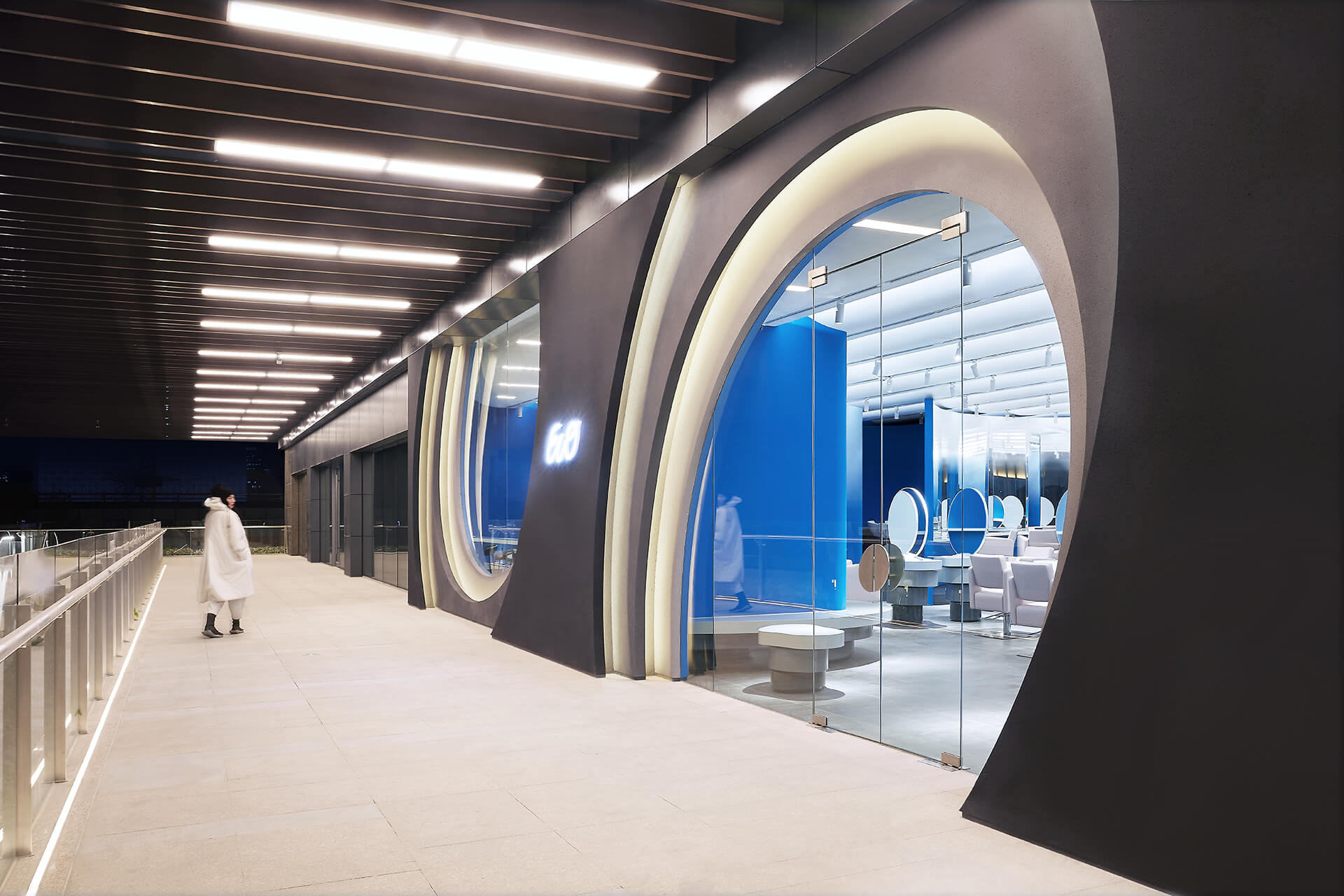 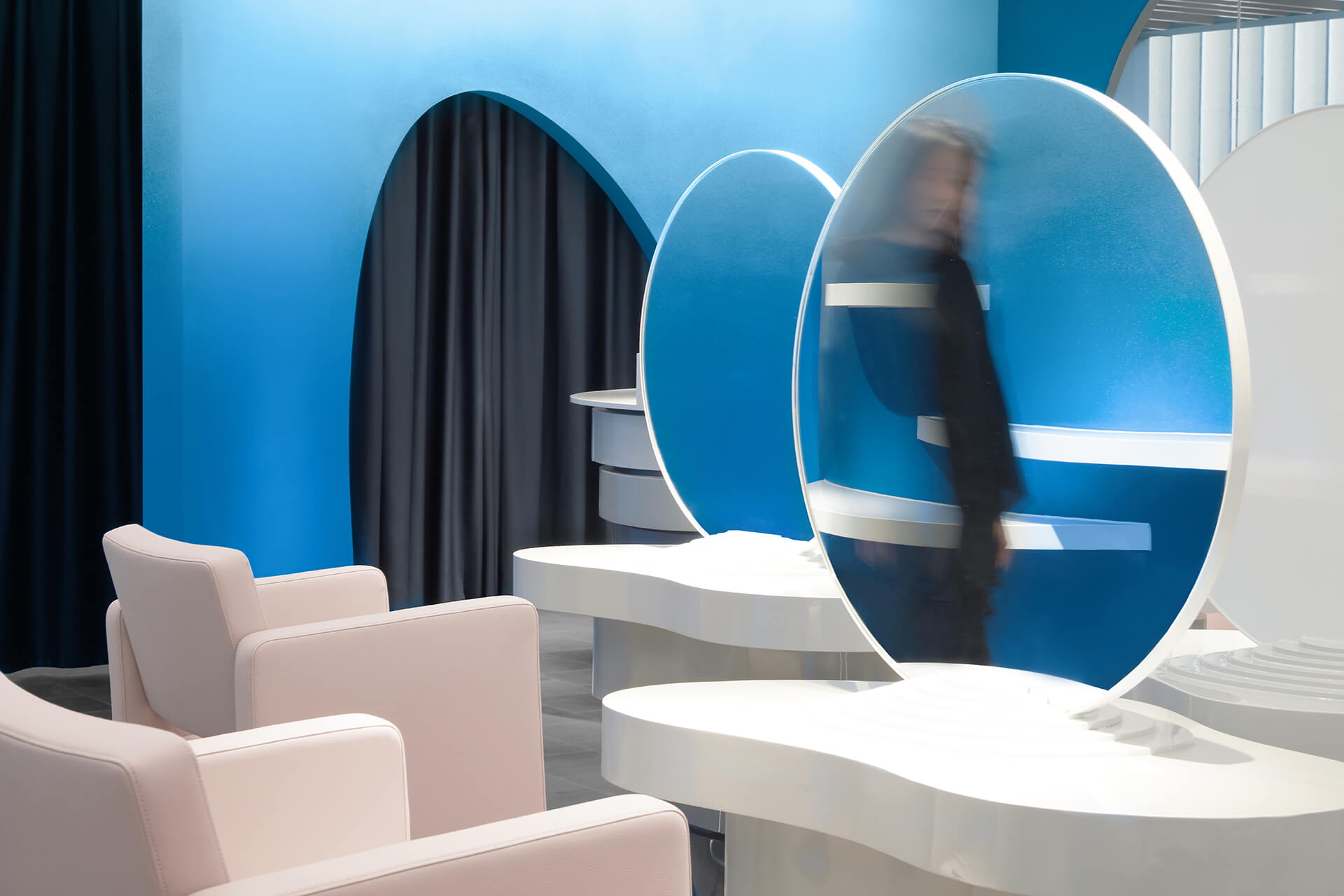 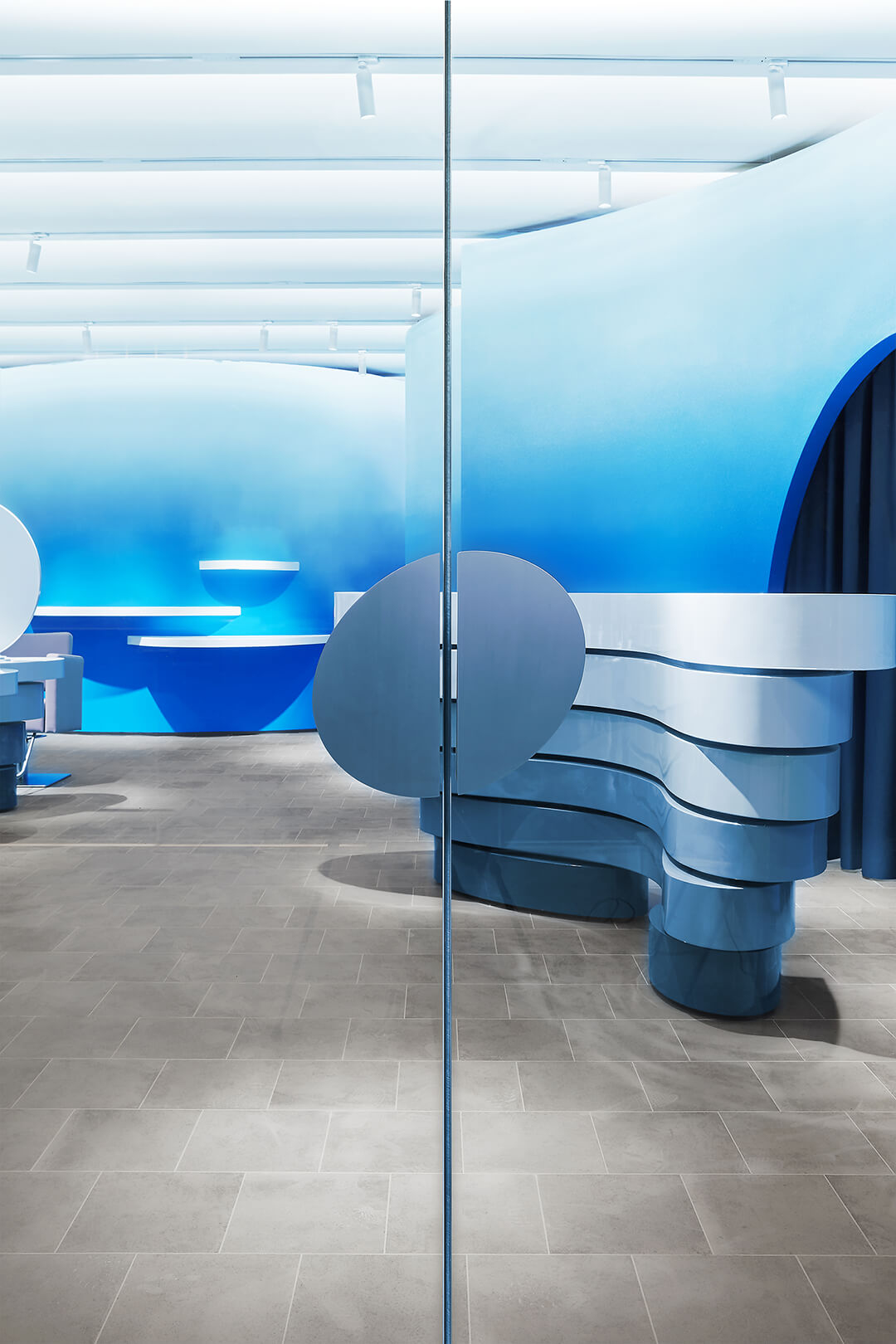 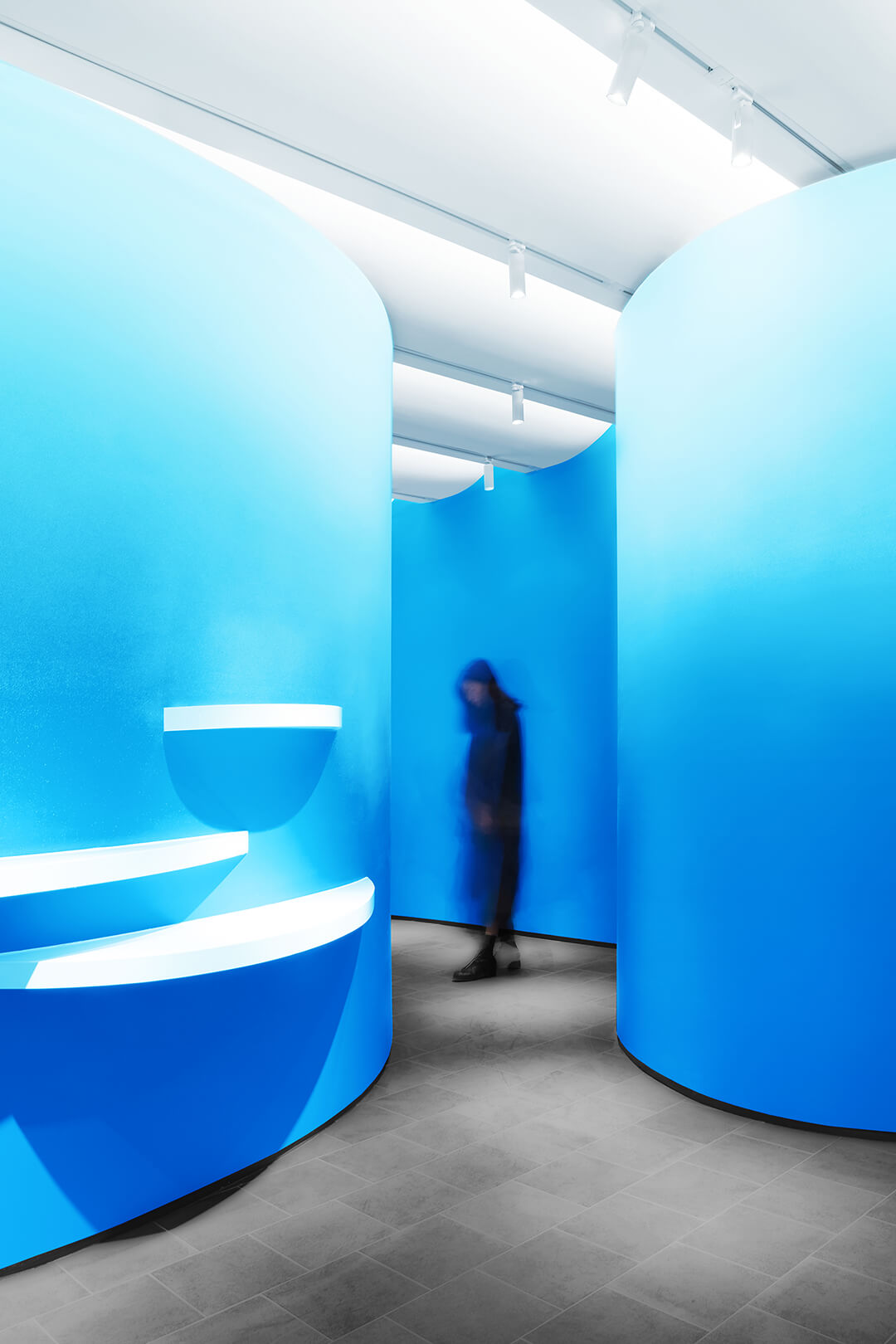 The photogenic space created by 123 Architects is a strong example of the Sino-surrealism streak we’ve been seeing in commercial spaces in China: a structure made up of mostly non-functional, sinuous and amorphous large volumes in a pastel palette. Here, lead architect Kazushi Miyamoto used the seaside as an inspiration, creating a series of curved walls and organically shaped furniture finished in a white-blue gradation – a nod to the effect of waves breaking and dissolving into ocean mist. These walls and furnishings can be adjusted as needed, depending on whether a workshop or a regular service is taking place.

With these striking elements and a generous calendar of lectures and shows – ‘these are experiences that haven't been previously considered in this kind of space,’ explained Miyamoto – Blue Mist’s investment is paying off in customer attention. But most importantly, in Beijing’s crowded hair salon ecosystem and a market with sophisticatedly informed beauty shoppers, this new store has allowed it to define itself as a purveyor of pro-sumer services.

THE TAKEAWAY
The internet has quickly created pro-sumers in almost every market. Retail and hospitality projects can compete by targeting this audience with flexible spaces meant for didactic experiences.