Is the proliferation of members’ clubs tarnishing the genre’s air of exclusivity?

‘To be honest, it’s just nice to find a place you can take people for a drink, knowing you’ll definitely get a seat,’ says Tim, a friend of a friend who’s a successful businessman in London. I’d heard he was a Soho House member and asked him why. His answer makes sense: London’s a busy place. It was in the UK capital that the first Soho House opened its doors in 1995. The private members’ establishment sought to freshen up the genre, moving away from the staid gentlemen’s club to attract a young, creative clientele. Since then, Soho Houses have cropped up in metropolises from New York City to Amsterdam – locations in which wrestling for the staff’s attention in a crowded bar is standard. 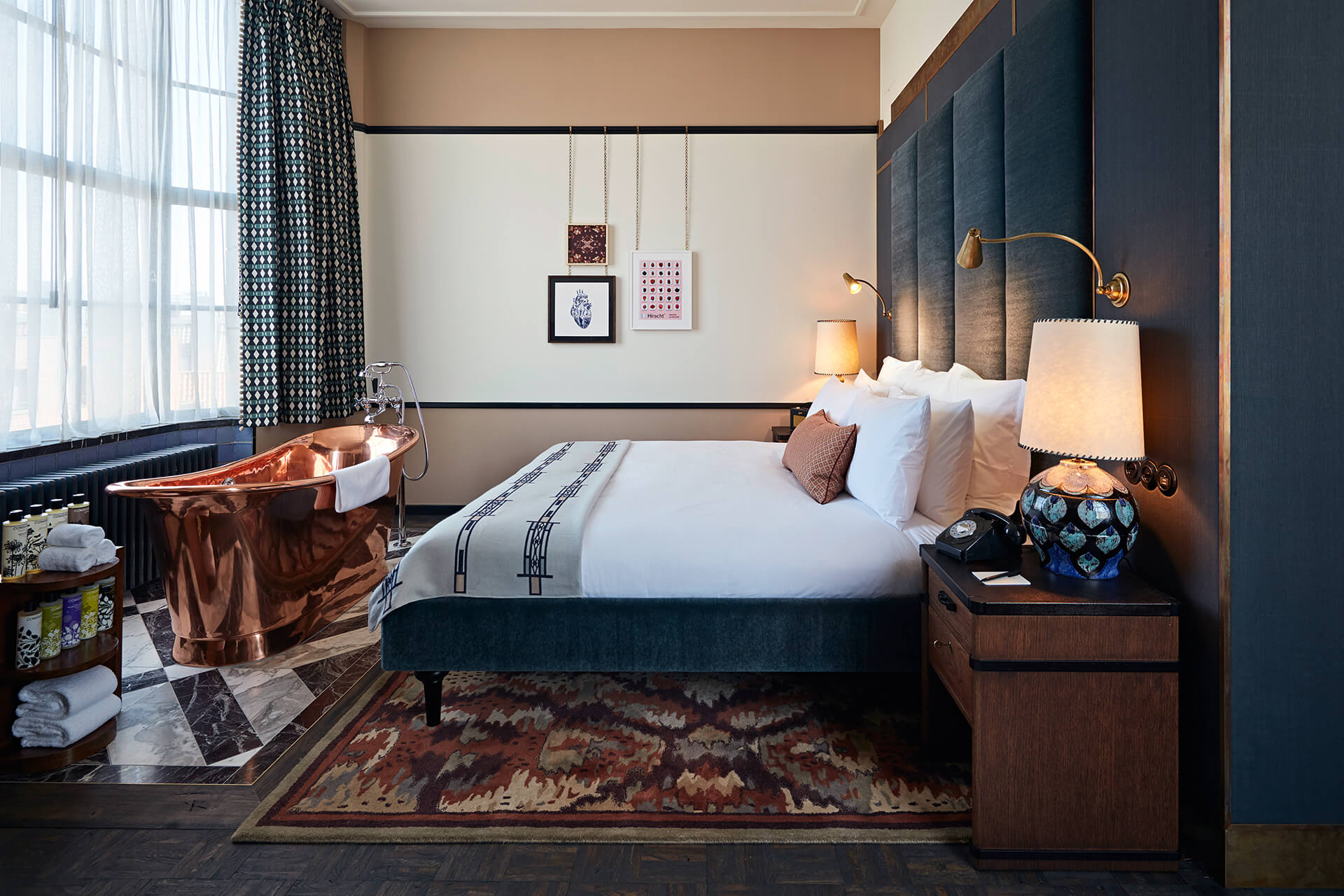 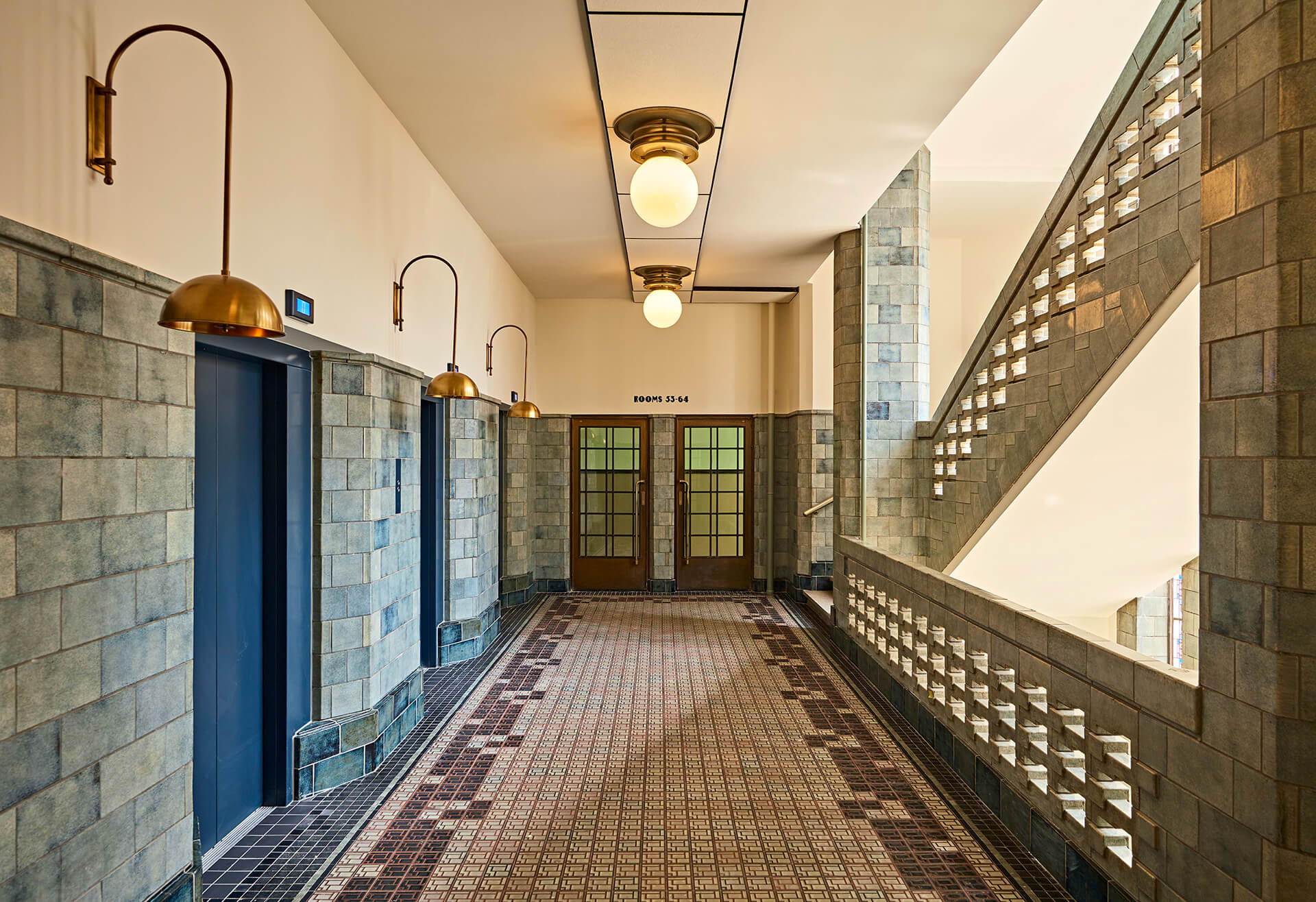 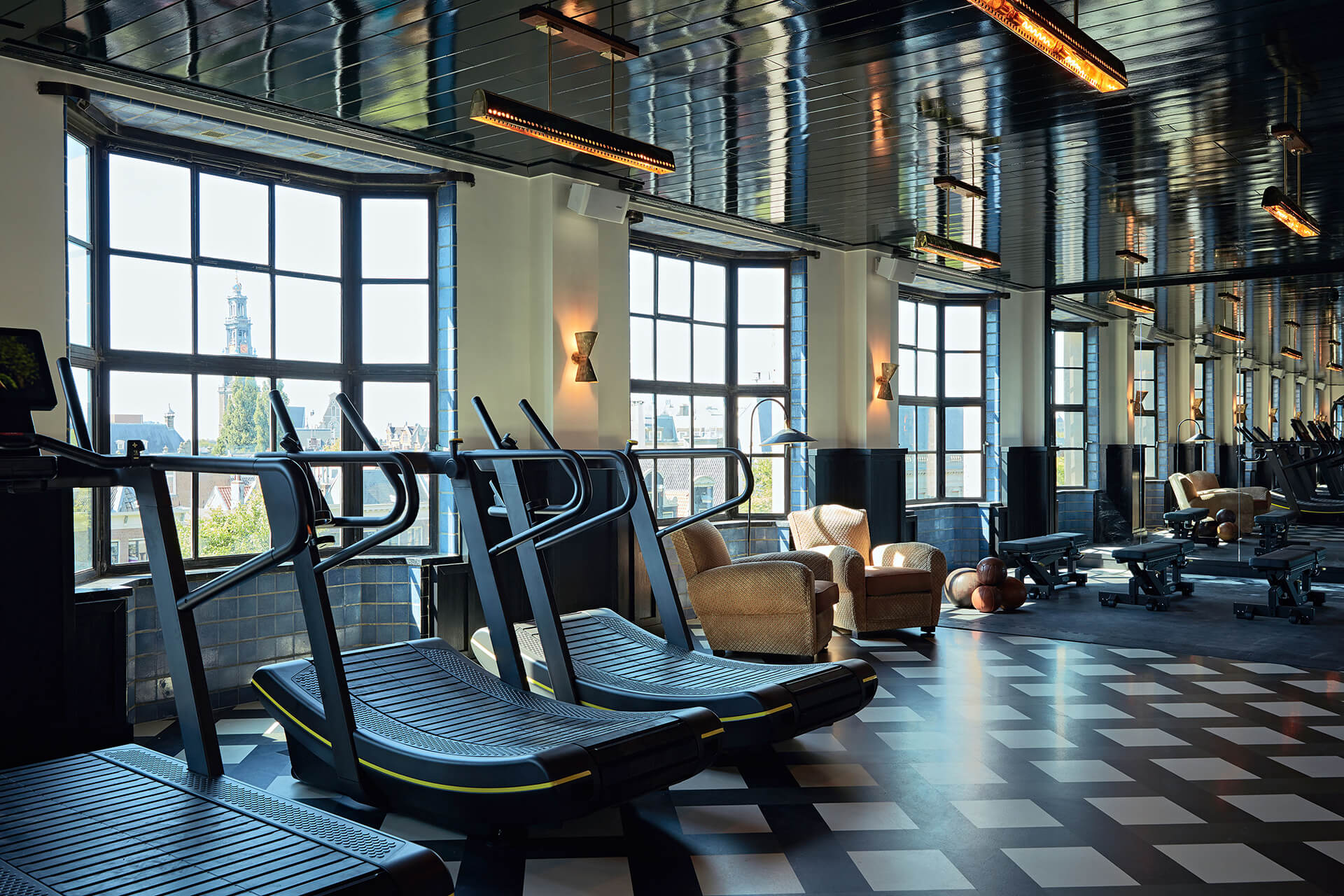 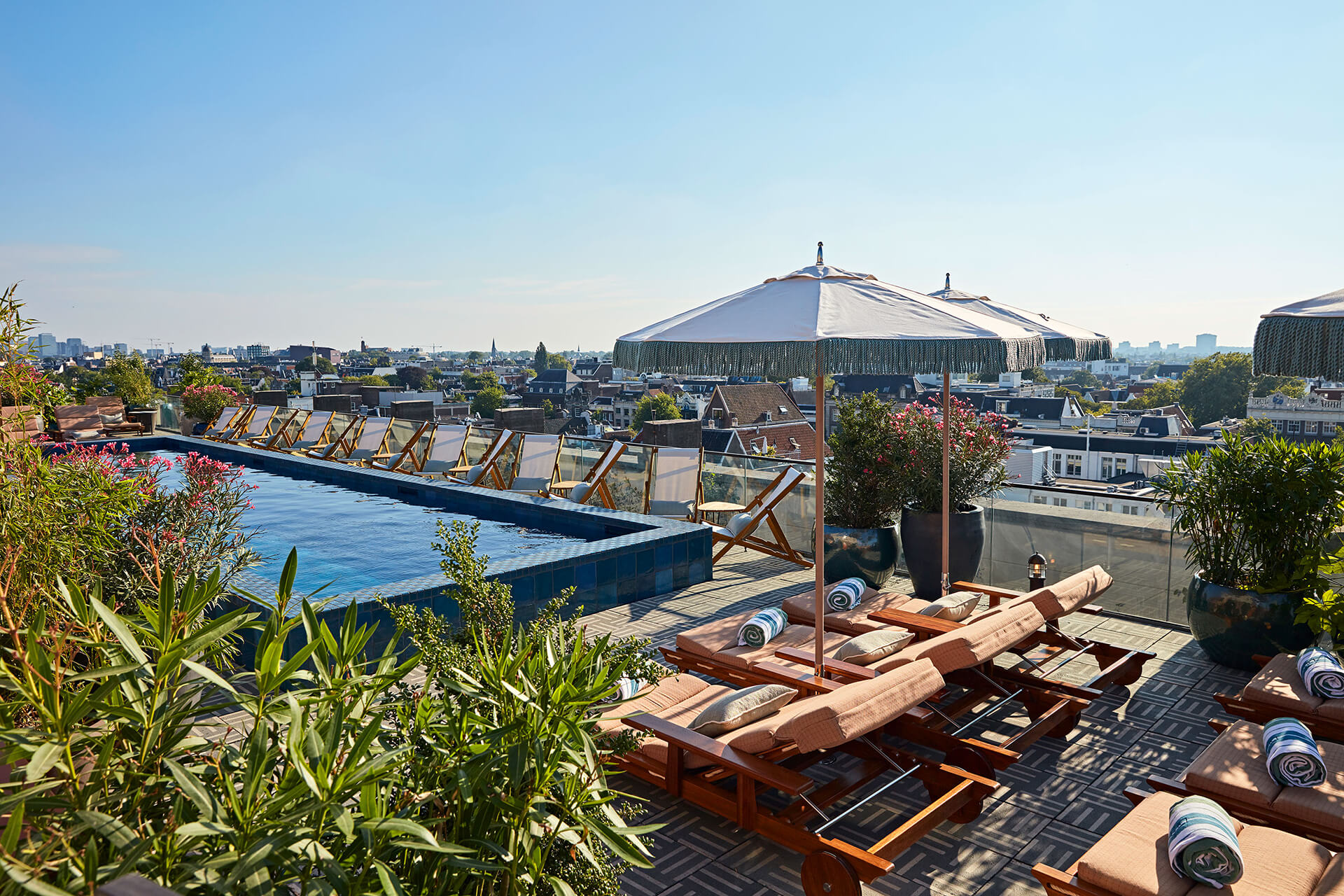 The drastic rise in co-working spaces since the inception of Soho House has helped to shape the brand’s evolution. ‘Our work and personal lives are merging,’ says founder Nick Jones. ‘People are rejecting the nine-to-five mentality. They want the flexibility to work and socialize on their terms, and to structure their day how they want it.’ Within Soho House’s walls, says Jones, members can exercise in the morning, have a working breakfast, grab a quiet spot with their laptop to get down to business, and hold meetings. Later, they can catch a flick at the cinema or grab a drink or bite with friends – all without leaving the building. There are even rooms for sleeping overnight.

Membership is more than just access; it’s about buying into an experience, a lifestyle, a community

Only part of the equation at Soho House, fitness is the main course at E by Equinox St James’s, albeit with dining, events, relaxation and integrated therapies on the side. Designed by Joyce Wang, the London venue is the even chicer offshoot of high-end American gym chain Equinox. Wang’s objective was ‘an epic journey for body and mind that elevates the senses’. She’s right: the first thing I notice upon entering is that this doesn’t smell like your typical gym. Instead, a pleasant spa-like scent pervades the air. 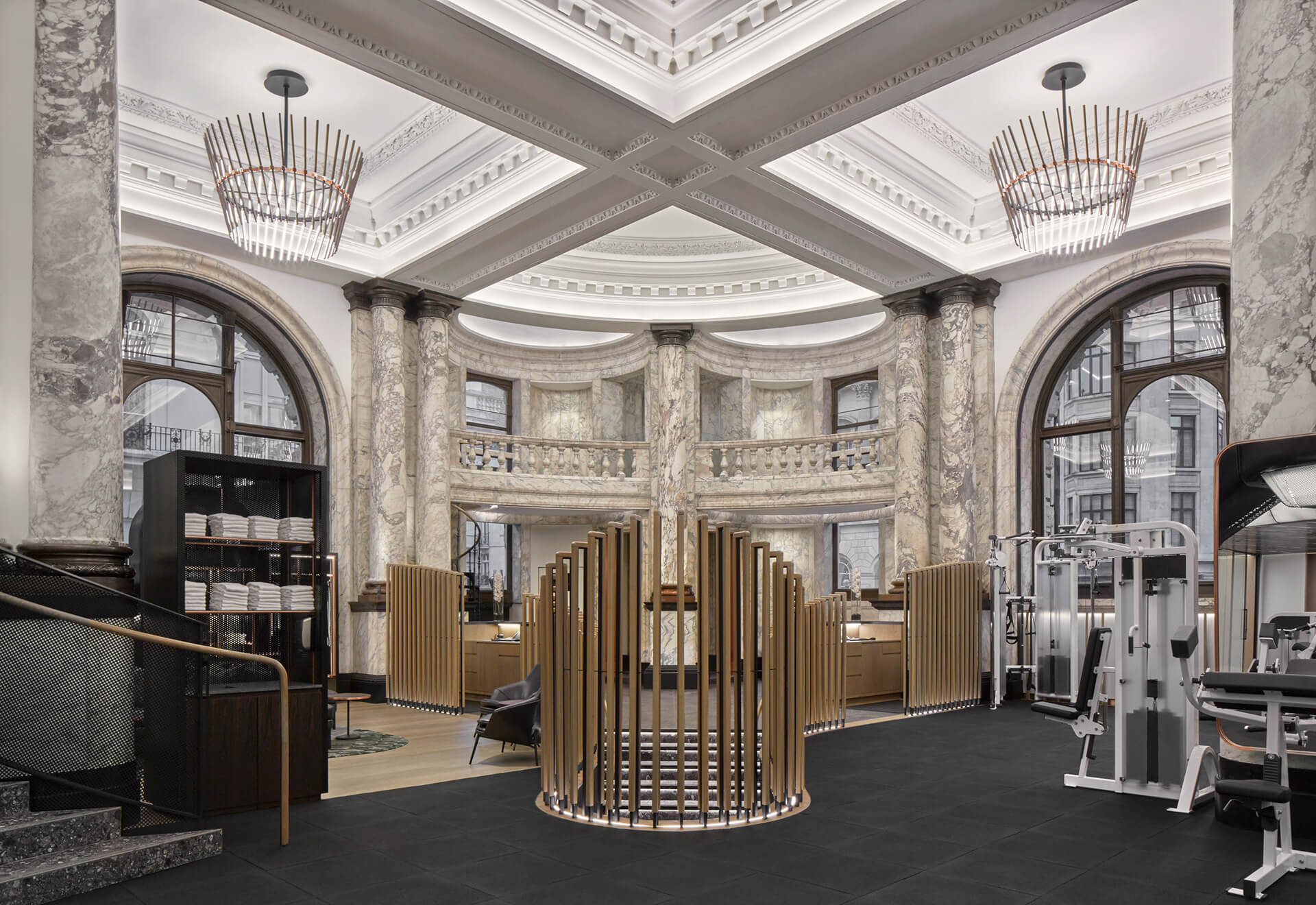 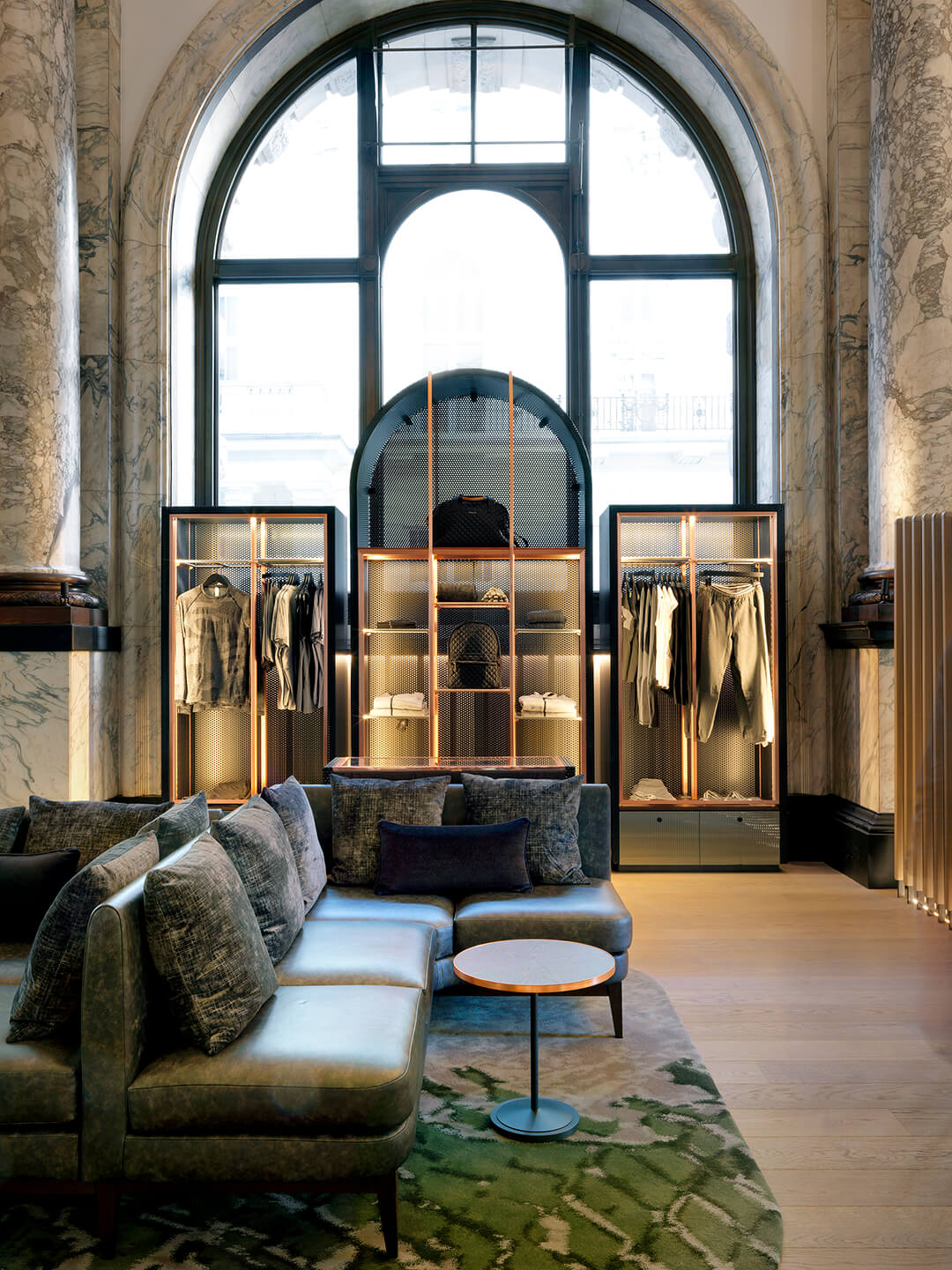 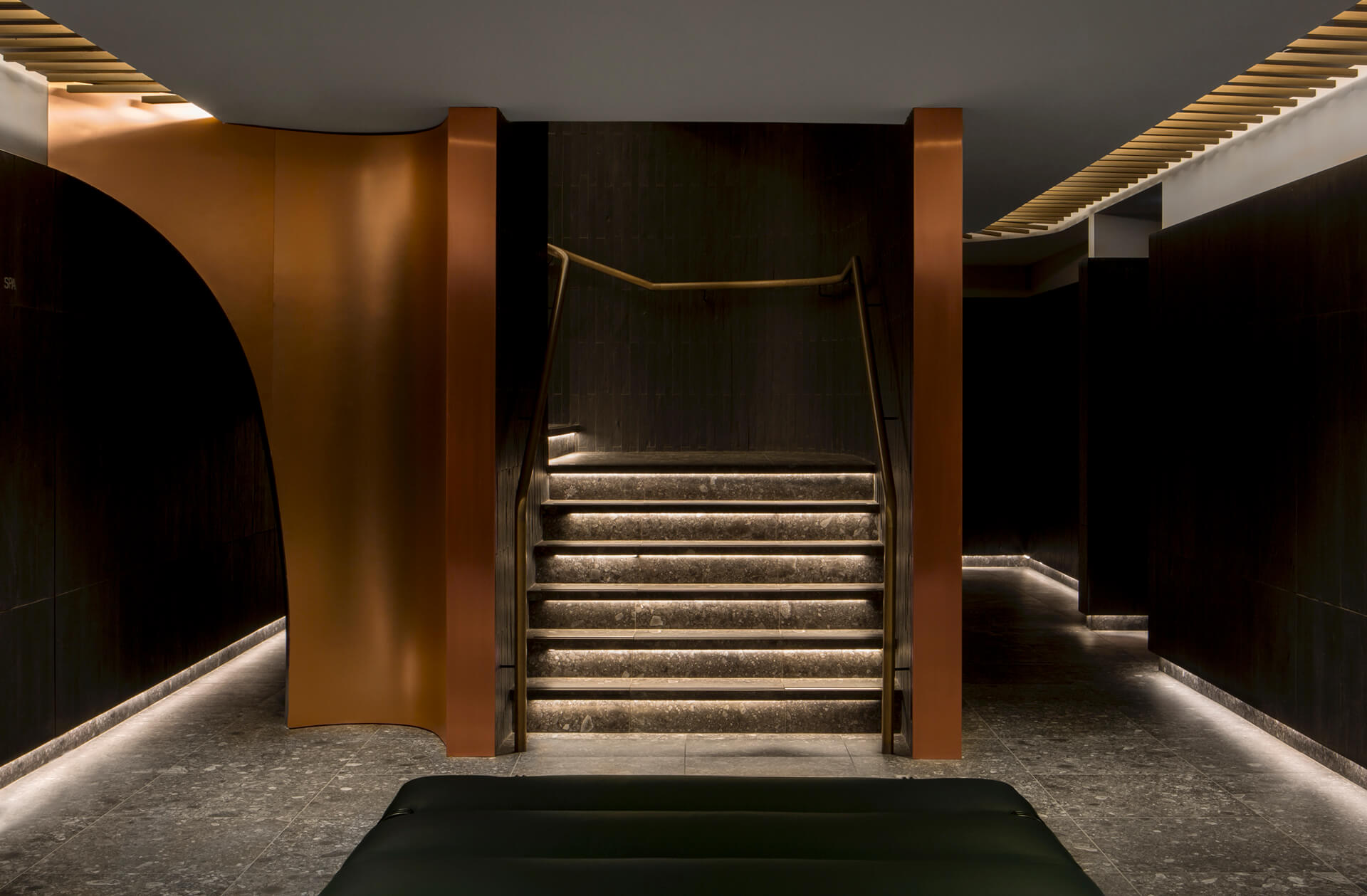 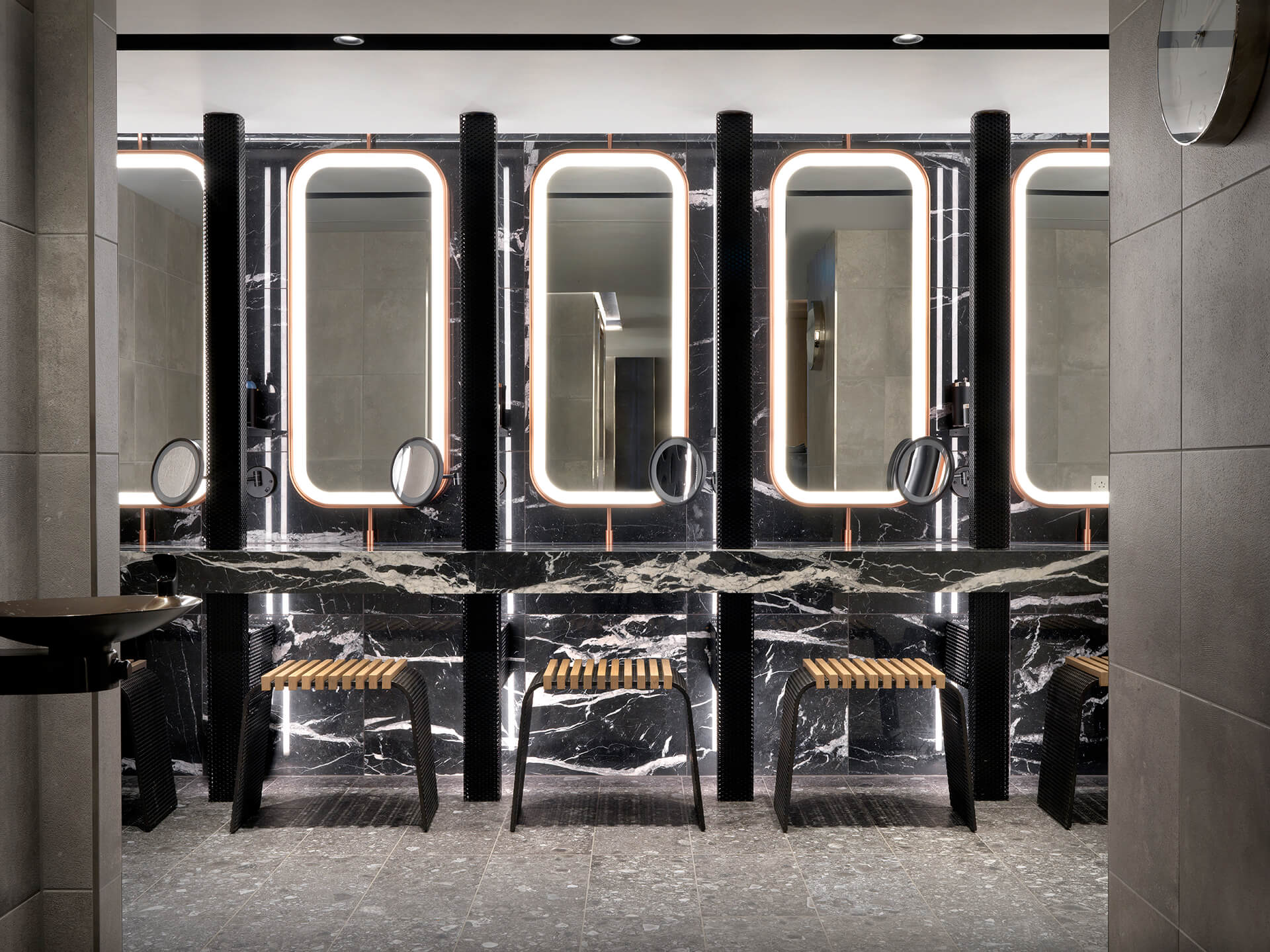 An offshoot of high-end American gym chain Equinox, E by Equinox immerses members in a hospitality-oriented environment with fitness at its core - Photos by Simon Brown and James McDonald

Since St James’s is an area famous for male-only membership clubs, Equinox aimed for ‘an elevated take on the private members’ establishment – a hospitality-oriented environment with fitness at its core,’ says Gentry Long, managing director of Equinox UK. But wait: don’t most gyms use membership models? Long says the difference is that E by Equinox is membership only; there are no pay-as-you-visit options. ‘One in every seven people in the UK is a gym member, and this number is expected to grow in the coming years as wellness becomes more integrated and prioritized in people’s overall lifestyles.’

The flourishing number of gym-goers may also explain part of Soho House’s appeal. A member in Amsterdam tells me how luxurious it is to work out in its gym with next to no companions, before taking a solo swim in the rooftop pool – all for ‘not much more than a “standard” gym membership.’ Long points out that ‘membership is more than just access to a gym; it’s about buying into an experience, a lifestyle, a community’. In 2019 Equinox will augment that community with its first-ever hotel, in New York City.

Places to engage with like-minded folk, members’ clubs are also tapping into niche markets. The Ministry, for instance, is a co-working space-cum-members’ club in London launched by legendary British nightclub Ministry of Sound. The brand extension follows reports of dwindling nightclub numbers in the UK capital. Designed by Squire & Partners, The Ministry is reserved for those in the fields of music, film, television, PR, technology and fashion: people who have already forged a connection with the brand in its earliest form.

I wonder if there’s a correlation between the proliferation of clubs in the UK and the US and the recent schismatic events in those countries: Brexit and Trump 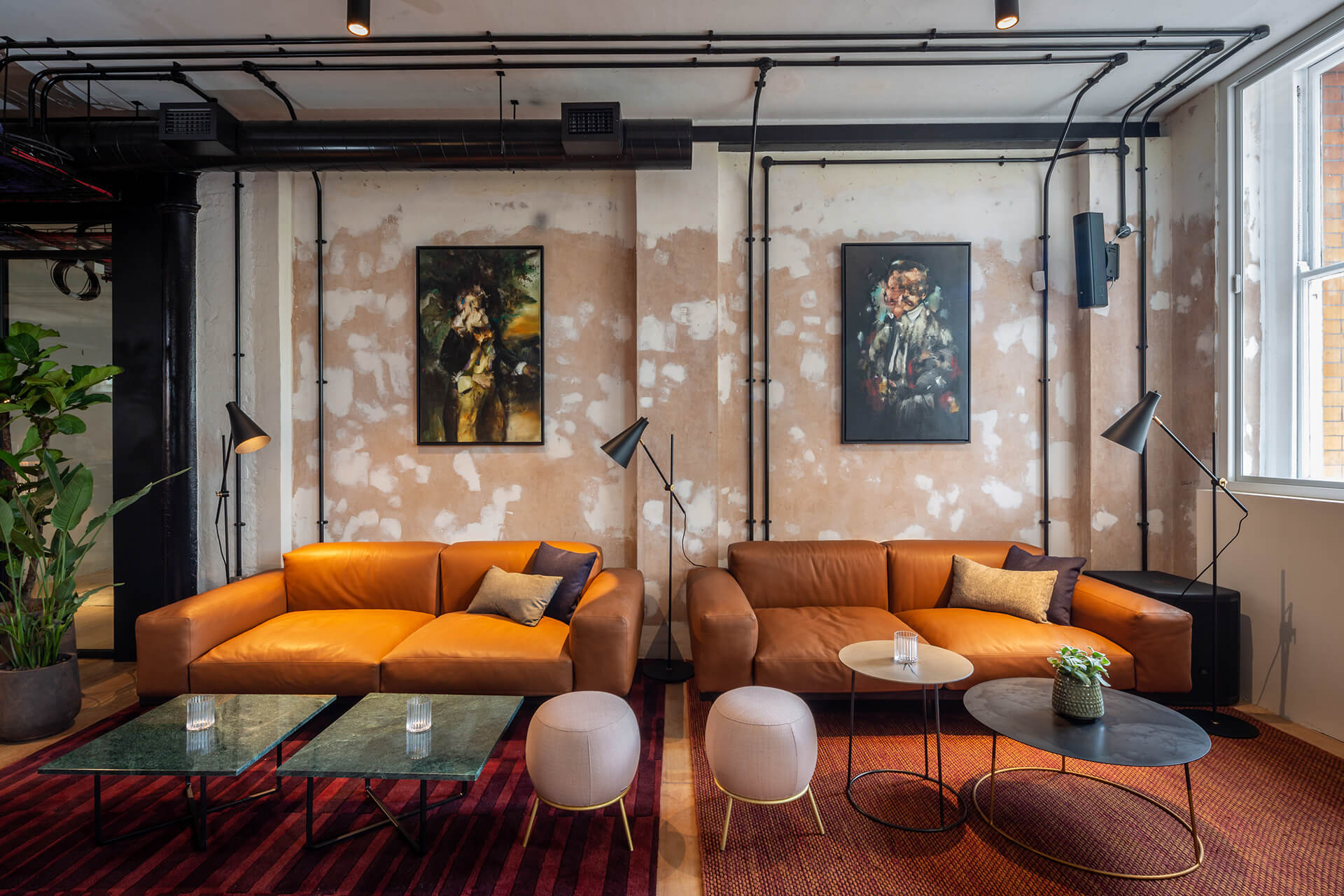 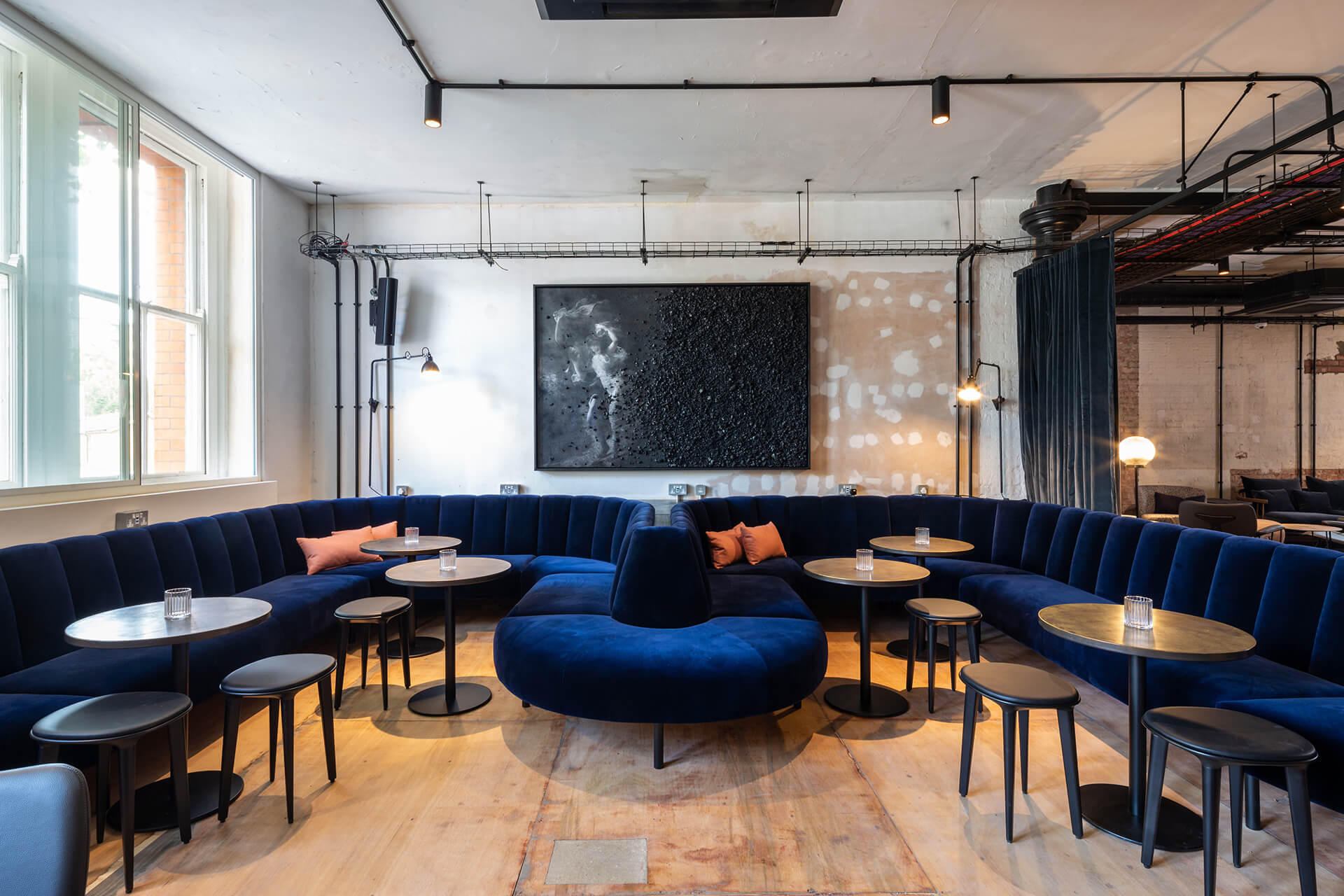 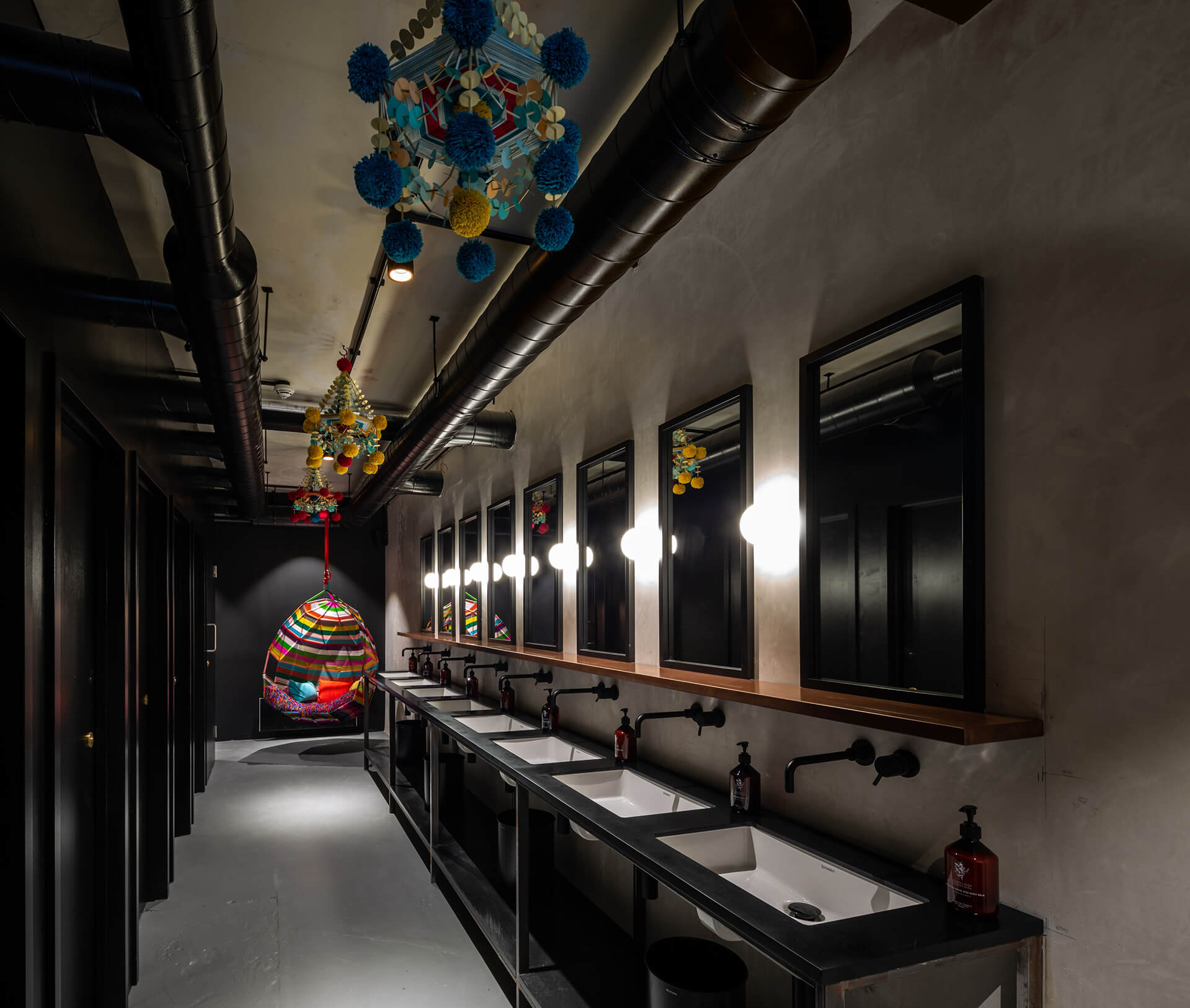 Launched by legendary British nightclub Ministry of Sound and designed by Squire & Partners, co-working space-cum-members’ club The Ministry is reserved for those in the fields of music, film, television, PR, technology and fashion - Photos by James Jones

There’s no denying the power of the ‘members’ club’ appellation, which is linked to ideas of belonging, inclusivity (and exclusivity) and status. But as certain brands expand to every corner of the globe – Soho House and Equinox’s global-membership packages cater for the peripatetic consumer – and others sprout up to fill the spaces in between, surely some of the appeal is lost. ‘Traditionally, private members’ clubs have played on their exclusivity and their ability to attract the “magic people”,’ social commentator Peter York told the BBC. ‘But as more and more of them pop up, you get blasé.’ He said that even the magical people can’t be corralled in one place any more, while adding that as clubs like Soho House continue to thrive, they seem to be ‘more about business’, which further dilutes their brand.

Without getting too political, I wonder if there’s a correlation between the proliferation of such clubs in the UK and the US and the recent schismatic events in those countries: Brexit and Trump, with his walls and sealed borders. On the other hand, these establishments are taking a stand against their male-only predecessors and broadening their offerings. In other words, they’re adapting to the times. Long says that as far as Equinox is concerned, ‘millennials are changing the luxury market and are collectively spending more money on fitness. They want experience and are willing to pay a premium price. Our membership is for people who are a bit time-poor. Health is the new wealth.’ Still, as E by Equinox’s £350 monthly fee shows, you need a bit of wealth to get this particular brand of health.