In this Prague exhibition, audiovisual elements help honour the memory of a nation

Nearly twenty years ago, a group of journalists and historians in the Czech Republic established Post Bellum, a non-profit organization that aimed to record the memories of those who had lived through WWII and the communist regime that followed. Their collection became known as the Memory of the Nation, a body of nearly 7000 unique stories.

In order to mark the 100th anniversary of the establishment of Czechoslovakia last year an audio-visual exposition of the same name was created to showcase those stories, the result of a four-way collaboration between Post Bellum, Prague-based architecture studio Kolmo, production studio Pink and animation team Loom on the Moon. Their focus was on the 50-year period of totality – 1939 to 1989 – in the dissolved country.

The team wanted to design an experience that would emotionally resonate with visitors instead of just becoming an information-heavy history lesson. To do this, they worked to summon feelings of distress and discomfort through 3D video mapping, sound and spatial manipulation as to evoke the minimal spaces of concentration camps and prison solitary confinement. 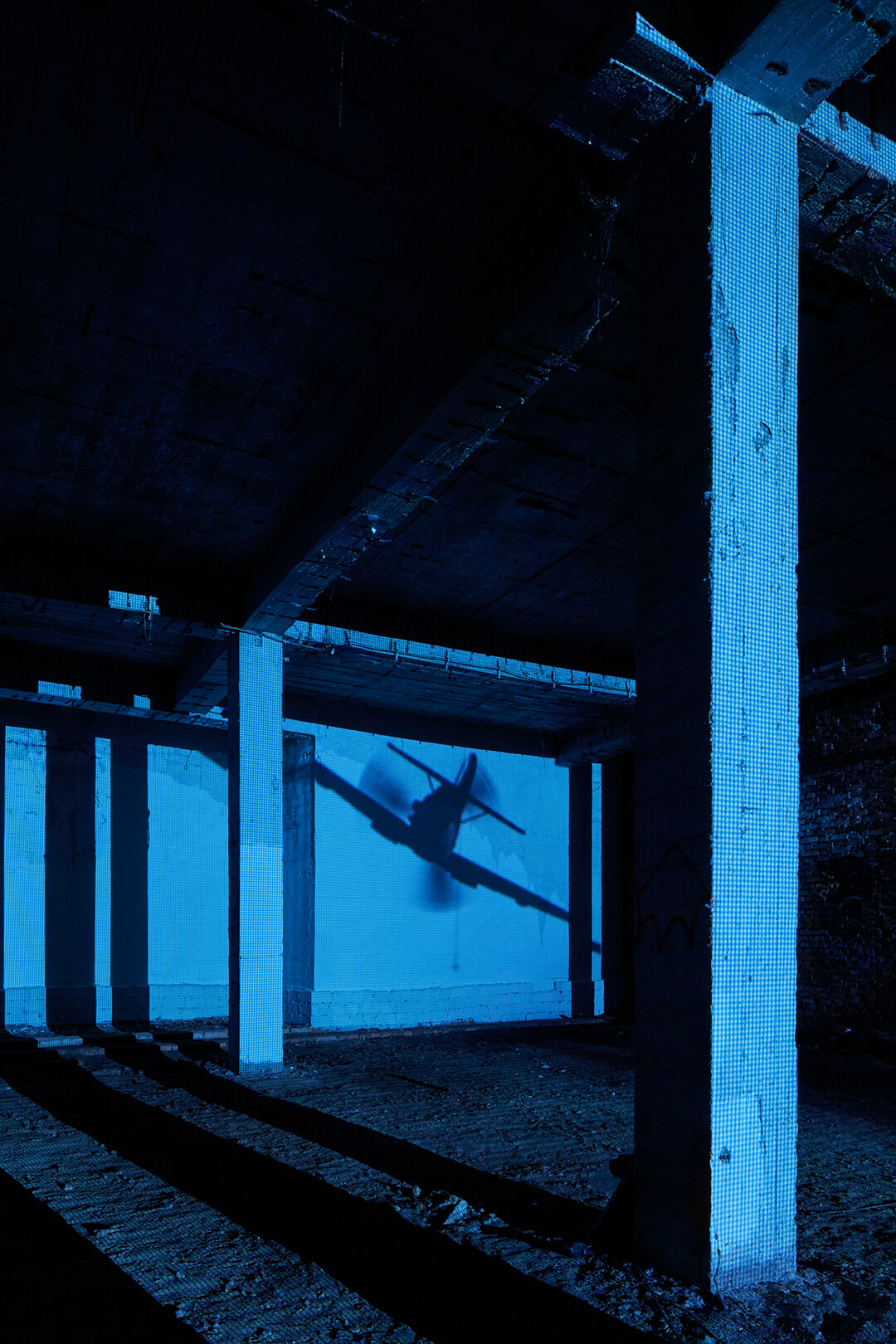 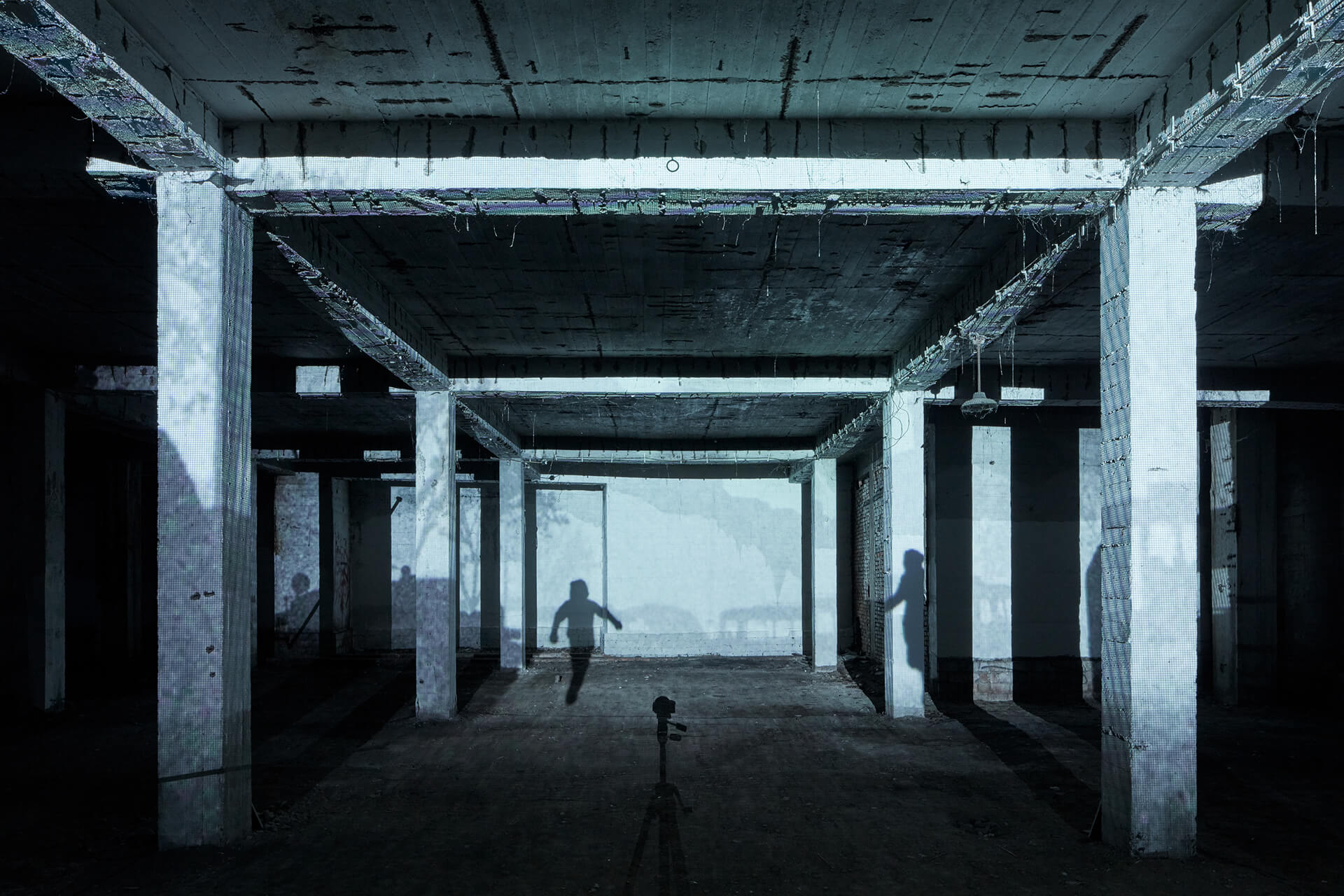 It was not just the weight of the information presented that created the gravitas of the experience, but the inescapable atmosphere generated through the exhibition design.

Located below what was formerly a monument to Stalin – demolished in 1962 – blues, oranges and reds set the space visually ablaze. The layout was divided into two halls, one to share images and the other to share audio testimony. Projections by Lunchmeat Studio – who was tasked with the technical realization of the exhibition – acted as focal points in the otherwise desolate layout, where stones from the demolition still lay. Testimonies from Secret Police officers, war veterans, dissidents and witnesses echoed throughout, recalling events from Holocaust to the Velvet Revolution. 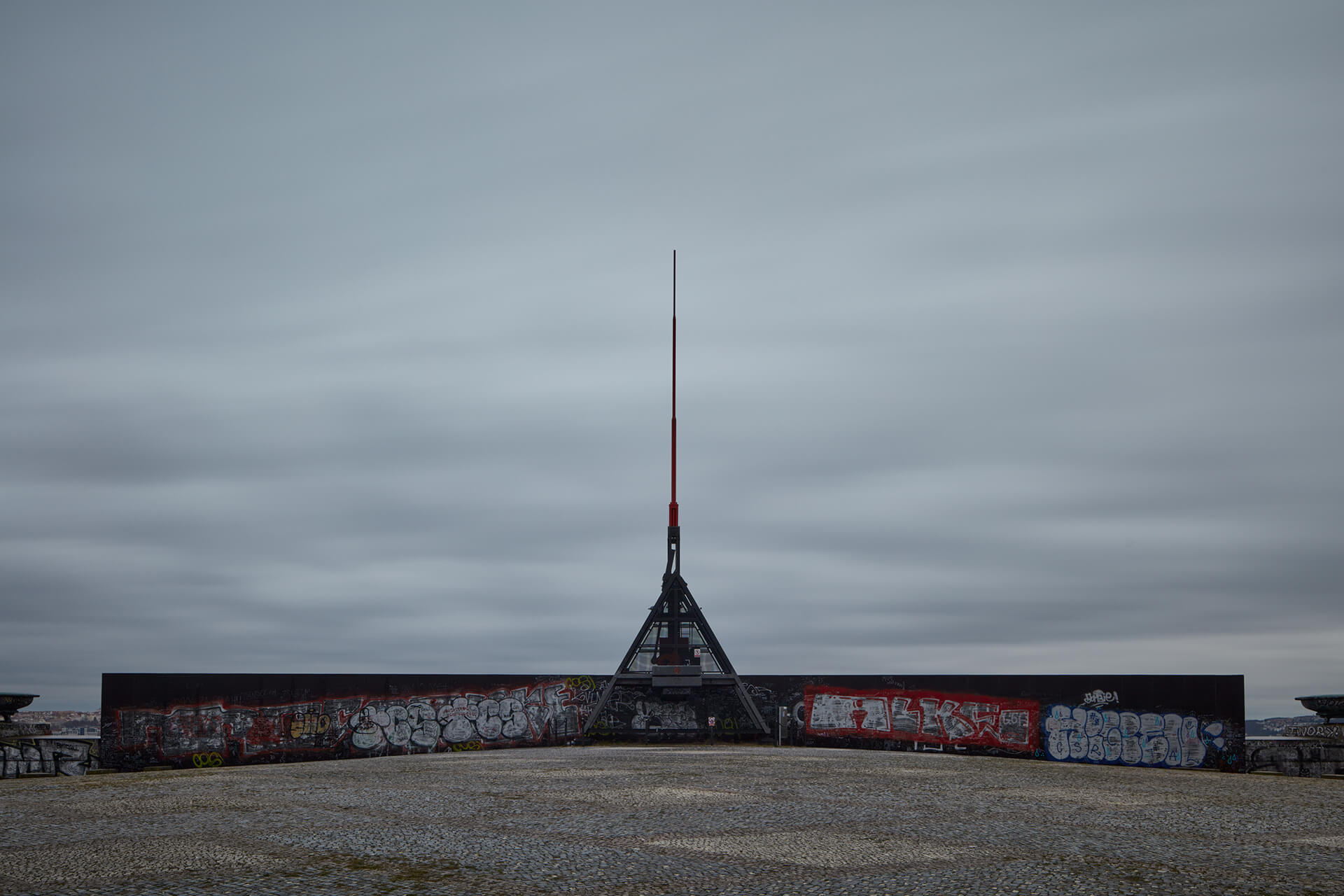 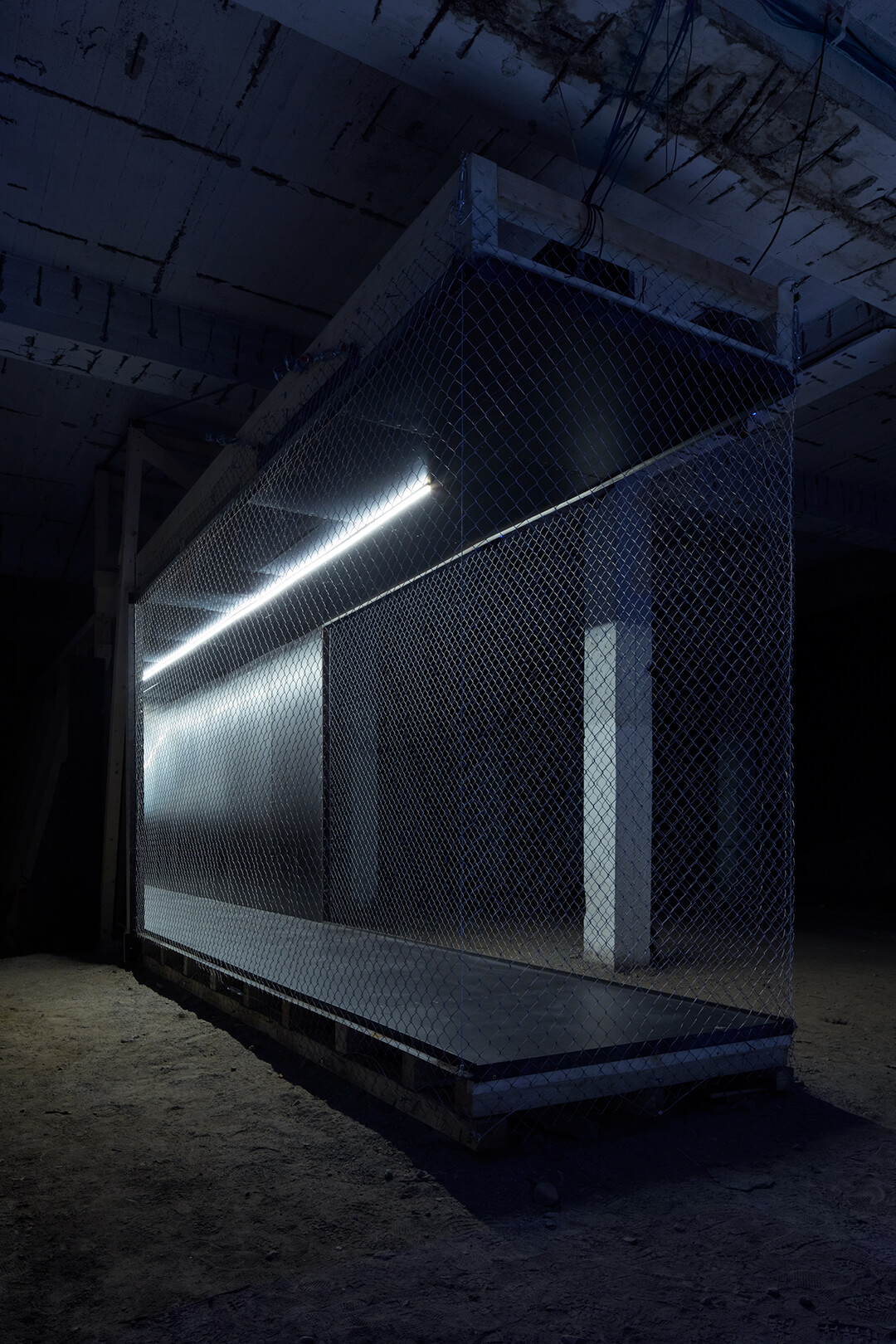 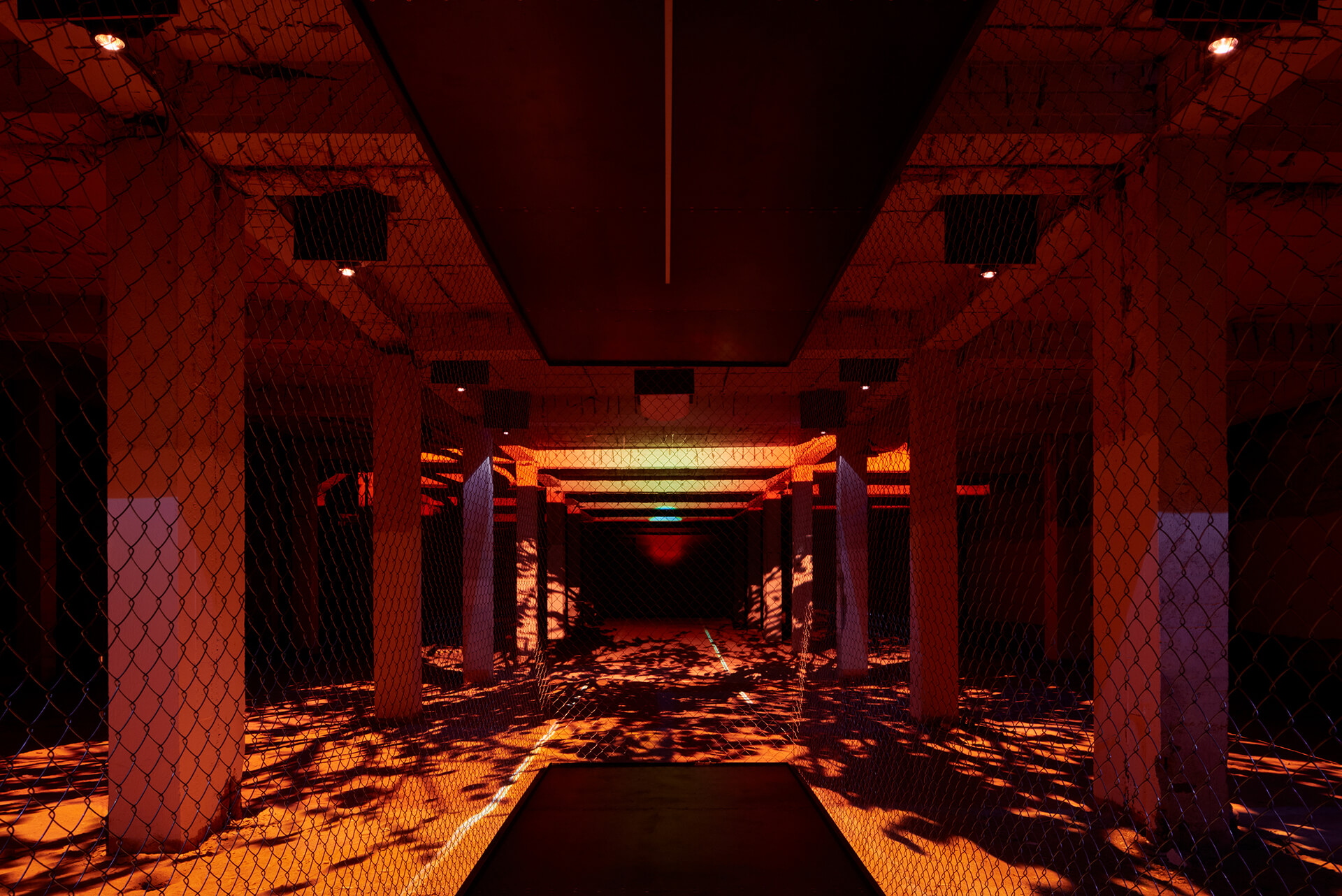 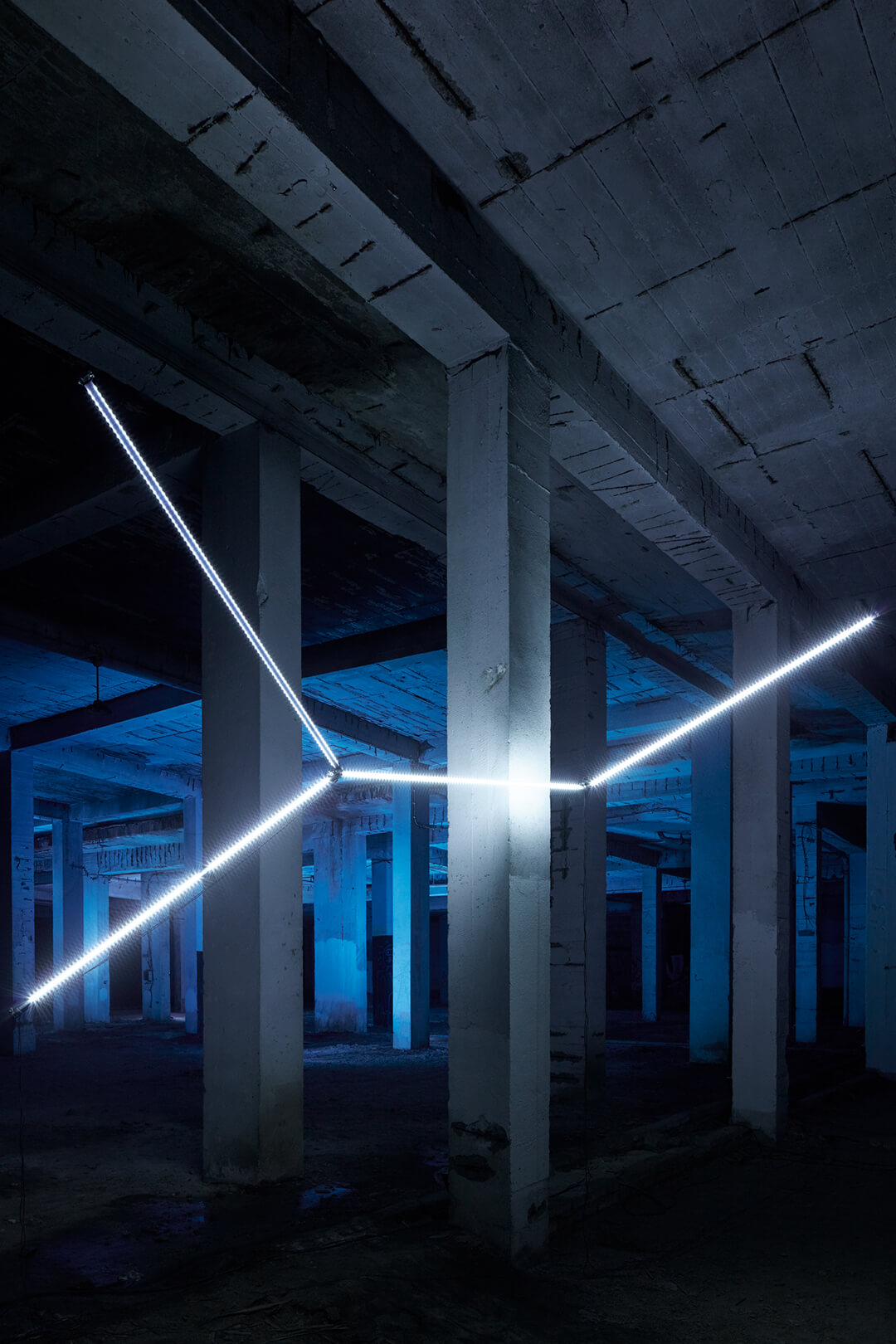 ‘Due to the contemporary disturbances of the principle of democracy and respect to human rights, we think it necessary to remind ourselves that the civil freedom is nothing that comes as a matter of course,’ explained the team. ‘This is the reason why we decided to focus our exposition on the totality in Czechoslovakia and on the fight against it.’

As described by Kolmo, three abstract, linear objects in the space choreographed the view of visitors: two in each hall permit a panoramic line of vision, one – the Wall – blocked it. Its message was essential, symbolizing the censorship, lack of freedom and violent division that still exists in our world today.

The takeaway: The use of audiovisual elements in orchestrating historically sensitive exhibitions can help to recreate a sense of space rather than a physical imitation.