Every October, more than one hundred locations across the city of Eindhoven host exhibitions, events and lectures celebrating Dutch Design Week. Within the event’s general focus on experimentation and the development of young talent, the Creative Industries Fund of the Netherlands (Stimuleringsfonds Creatieve Industrie) presents its annual exhibition about talent development. This year’s exhibition in the Van Abbemuseum explores the contemporary conditions of creative growth, as experienced by the 32 promising designers who received the Talent Development stipend in the previous year.

The Fund offers practical and financial support to designers, artists, architects and institutions, encouraging an interdisciplinary exchange between the cultural, social and economic domains. The one-year Talent Development stipend enables young, talented designers to work on their creative and professional development.

Amongst the designers and makers receiving the grant, Marjan van Aubel worked on a new project called Cyanometer, a prototype of solar crystals that can collect the sun’s energy to power a light installation. The project was created earlier this year in collaboration with Swarovski. ‘As a designer, I feel we need to radically rethink our relationship with energy and the objects that use it,’ says van Aubel. Through her work, van Aubel aims to highlight how design can bridge the gap between science and technology. ‘I have created several projects that could function as an example of how to generate energy locally in the future. I would like to see more crossovers, and more collaborations with different industries – biology or physics, for example.’ 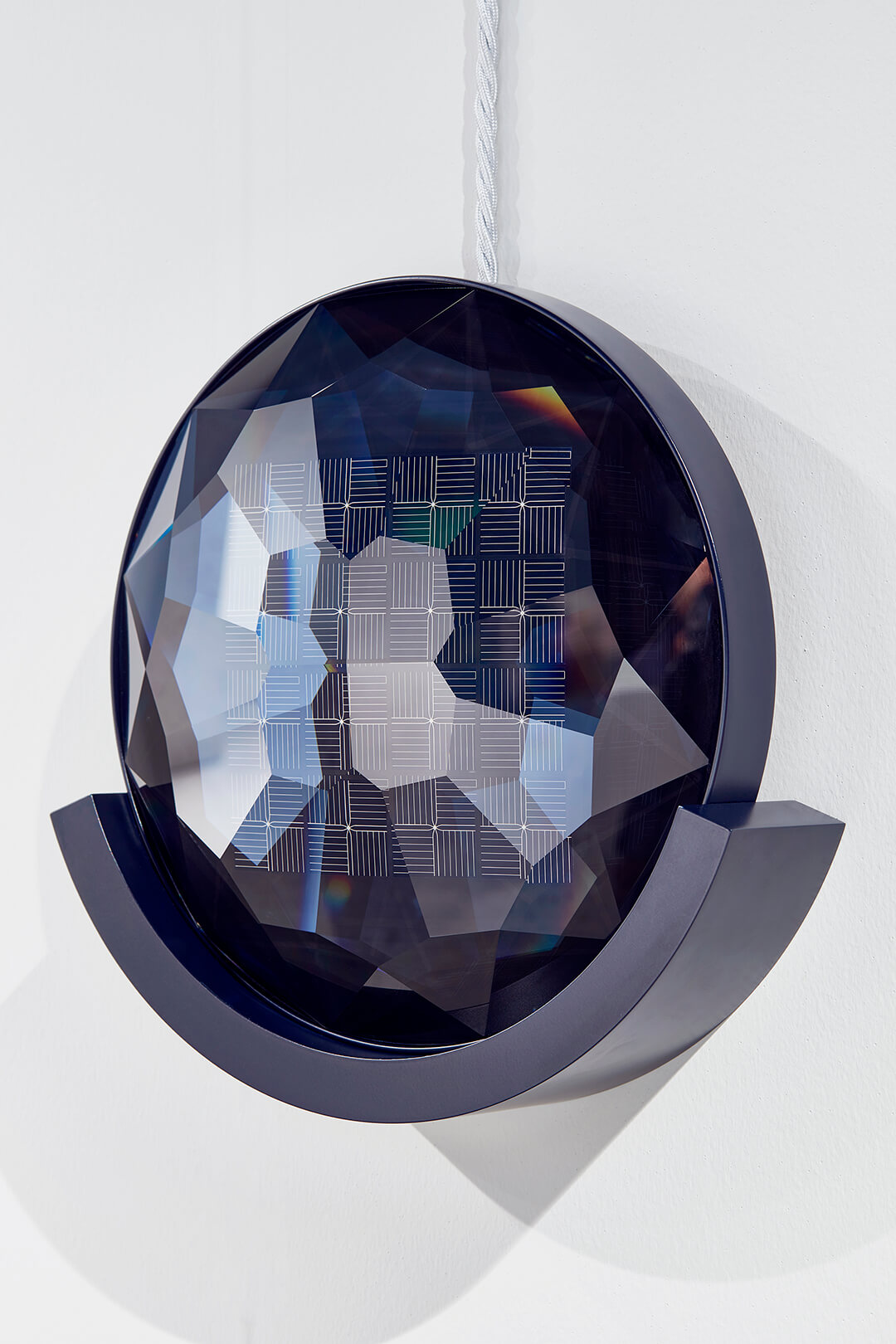 Van Aubel cut the Swarovski crystals in a certain way to direct daylight towards the solar panel.

Textile and product designer Simone Post – cofounder of Envisions, the collective that showcases products in process – is also one of the contributing designers. ‘I think that it’s sometimes hard as a designer to find a balance between creating and the realization that there is already so much stuff in the world,’ says Post, whose earlier projects include a series of carpets made from recycled Vlisco fabrics and a knitted plaid created for Tilburg’s Textielmuseum. With the stipend she worked on Colour Control, a research into weaving and colours, instead of a finished project. ‘There are still too many people who think that design is about making a beautiful table. For me it’s about so much more; it’s about questioning the material society we live in. I hope this exhibition will offer a sneak peek inside the heads of all these makers, and prompt people to start looking at the world around them in a slightly different way.’ 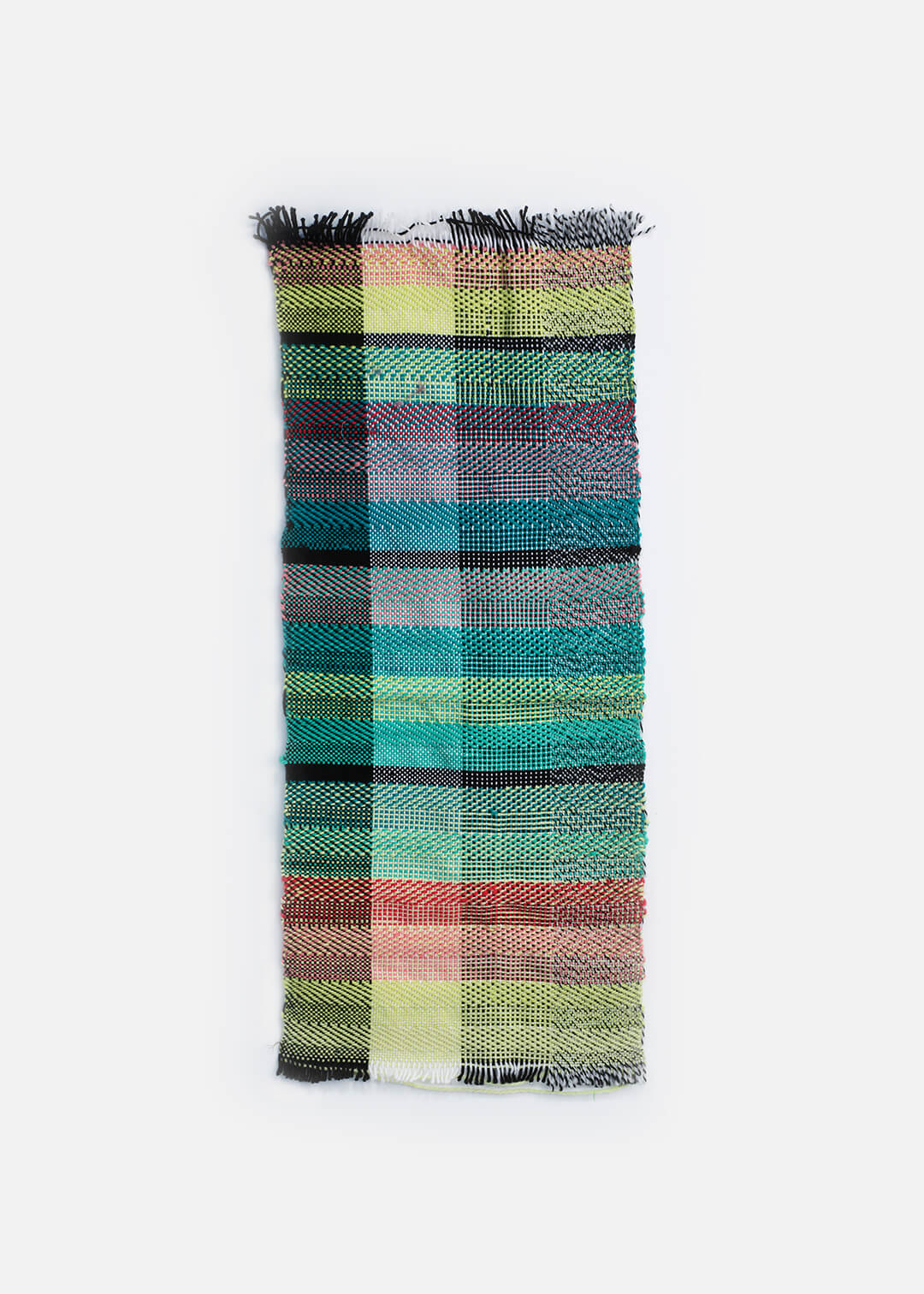 Paula Arntzen of Studio Arntzen has been working on Performa, ‘a dynamic light experiment that transforms through motion’. The designer finds it ‘remarkable that the interiors of private homes are still static, despite the fact that people are clearly interested in more dynamic and stimulating environments’. With a focus on lighting design and its crossovers with technology, her work aims to inspire active interiors and forge a more playful relationship between users and light. 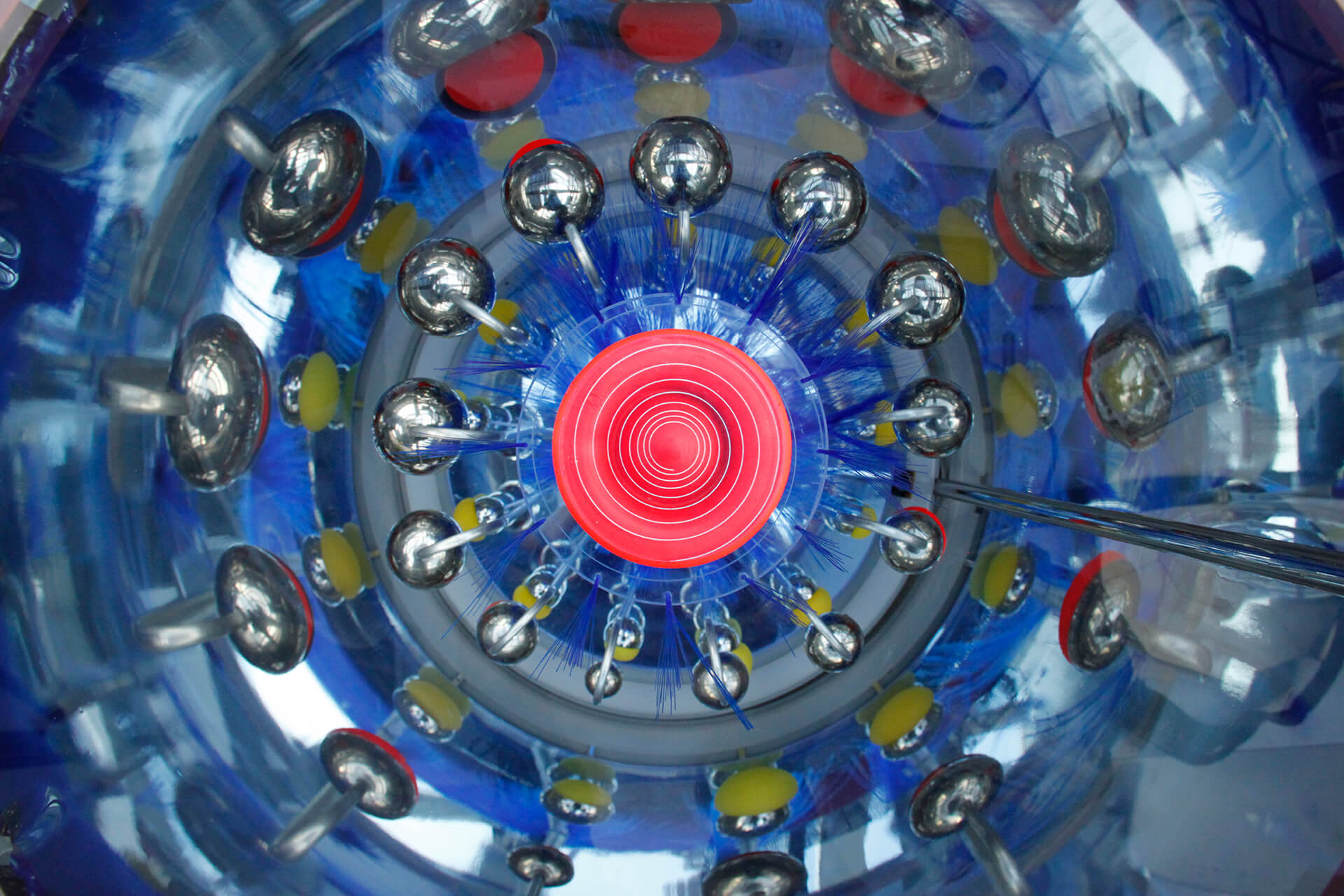 Studio Truly Truly is also interested in the way design objects interact with our living environment. ‘We like the idea of rethinking how our habitats will change,’ says Kate Booy, who cofounded the design duo together with her partner, Joel. ‘And we use design as a means to investigate that change.’ During the talent development year they worked on a prototype of the Touched table light, the result of an experimentation between the studio and the Netherlands National Glass Museum. ‘The freedom and support offered by the talent development programme allowed us to deeply explore new material techniques, which led to our Touched glass lights and Bole vases.’ Their portfolio includes a textile design commission from furniture giant Ikea, followed by a sofa for the brand’s PS 2017 collection, as well as spaces for fairs and events, such as Dutch Invertuals and Northmodern. 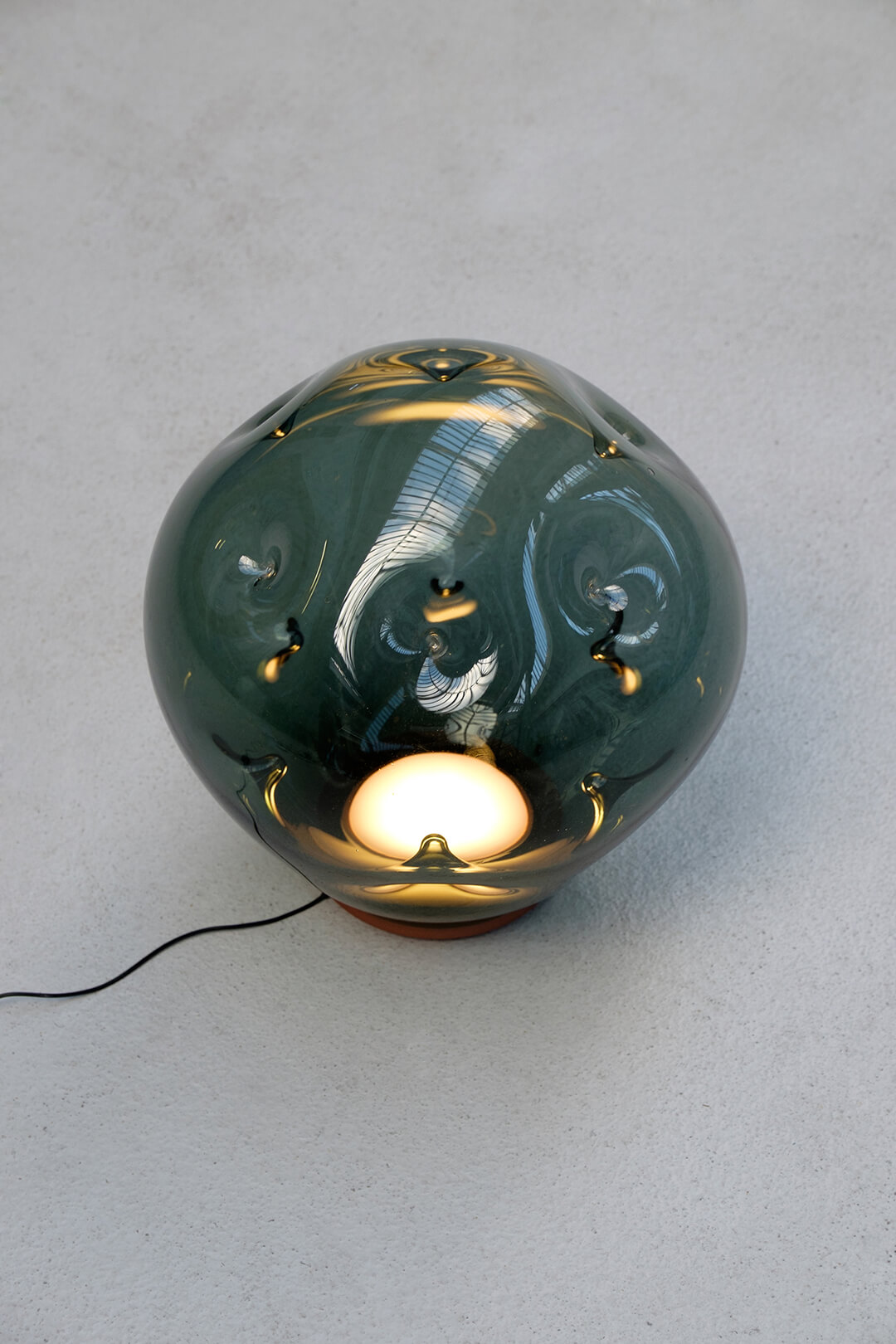 For In No Particular Order the 32 recipients of the Talent Development Grant provided characteristic bits and pieces from their practice. In Eindhoven’s Van Abbemuseum nine creative industry experts have translated these samples into installations about the contemporary design practice, based on the themes  Attitude, Inspiration, Habitat, Representation, Money, Fortune, Language, Discourse and Market.

The Creative Industries Fund exhibition In No Particular Order is open to the public, with free admission, from 21 to 29 October 2017 as part of Dutch Design Week.