In Brazil, a co-working space is defying gravity

We tend to say that some tech startup projects are so game-changing that they’re out of this world, but a co-working space in Brazil took that quite literally: at the UFO Space in Rio Grande do Sul, the sky is definitely not the limit – the galaxy and beyond is more like it.

Inspired by the brand’s extraterrestrial name and the idea of freely diving into the unknown, local architecture studio Mov.in took the physics of outer space into account: that explains the floating rocks that line the walls, the difference in workspace heights and the names of the meeting rooms. 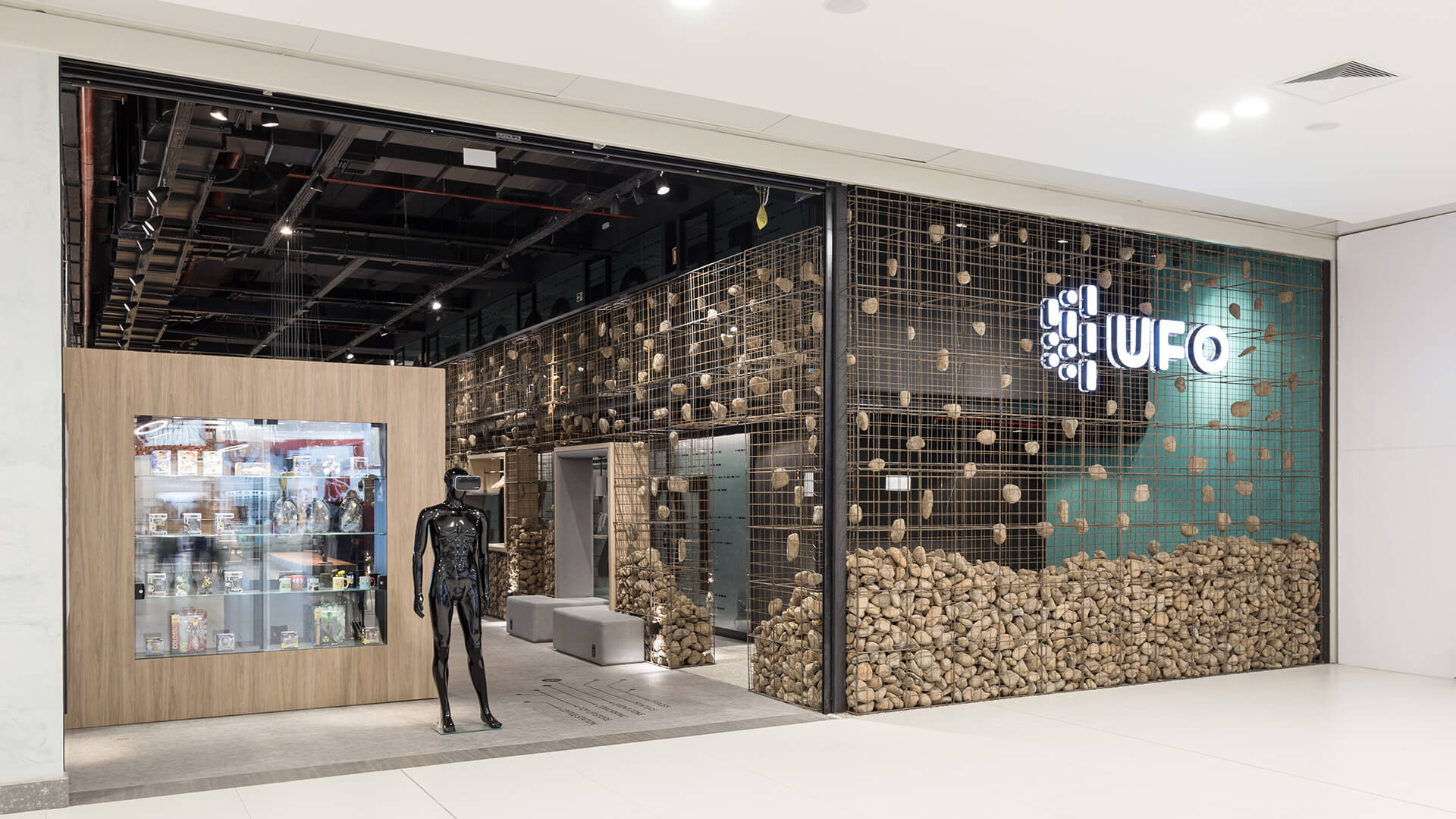 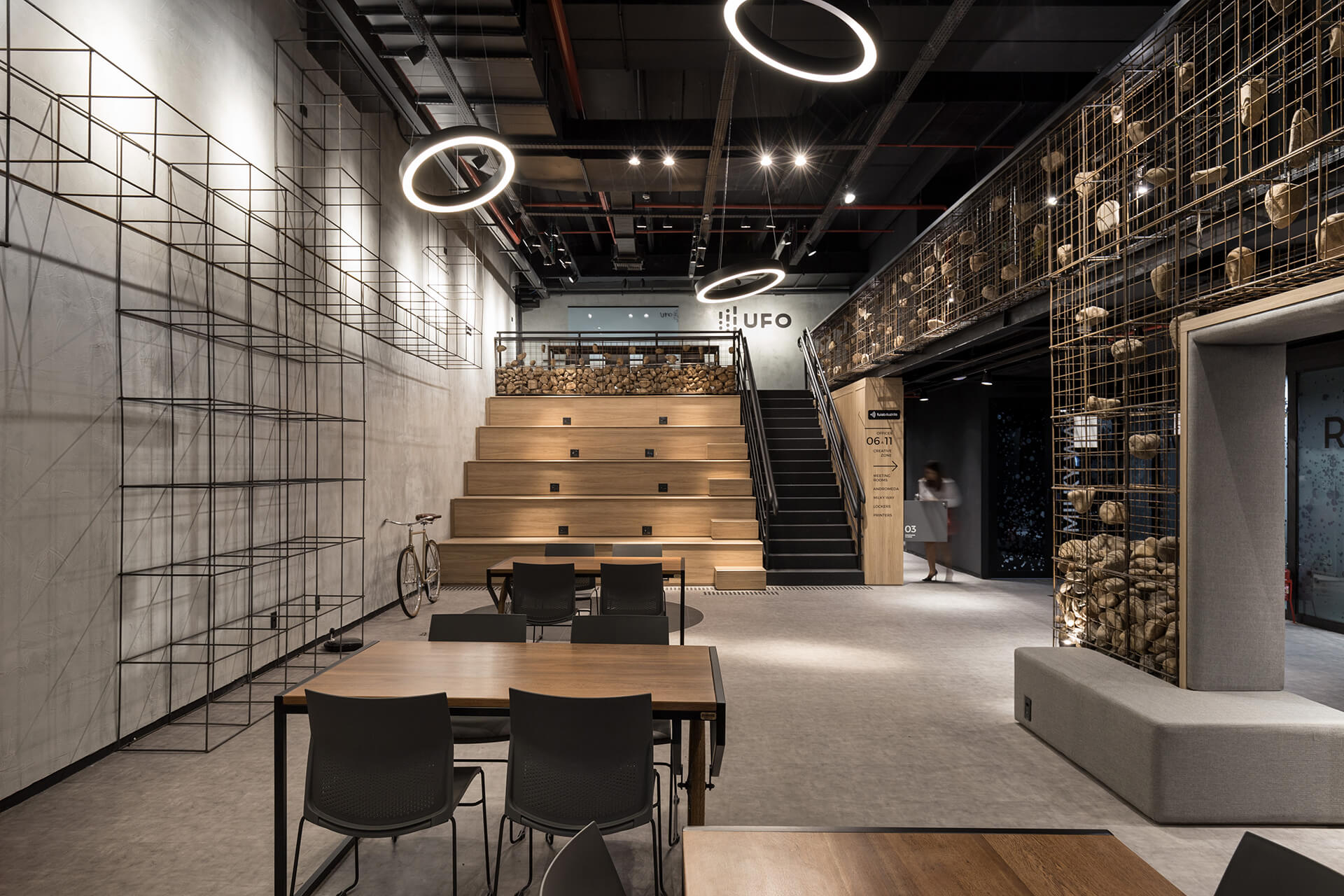 The idea was to provide customers with a diversity in literal, and thus hopefully figurative, points of view

Instead of being grouped tightly inside a gabion wall, as rocks usually are, the team decided to place the pieces in gravity-defying ways, suspending them in a sidereal layout – they’re hung one by one on steel cables. They also placed oddly rotated circular luminaires throughout, in order to create the illusion of actual unidentified objects flying above. Along with the trampolines, hammocks and the bleachers-cum-observation deck, Mov.in also created a mezzanine. The idea was to provide customers not just with a diversity of space given their particular layout need, but also with a diversity in literal, and thus hopefully figurative, points of view – the way one would stare at earth from the window of a space station comes to mind. For those who work better in isolation or need privacy, there are even cocoon-like environments, with acoustic padding. Those meeting rooms have names like Andromeda and Milky Way, to keep with the galactic theme. 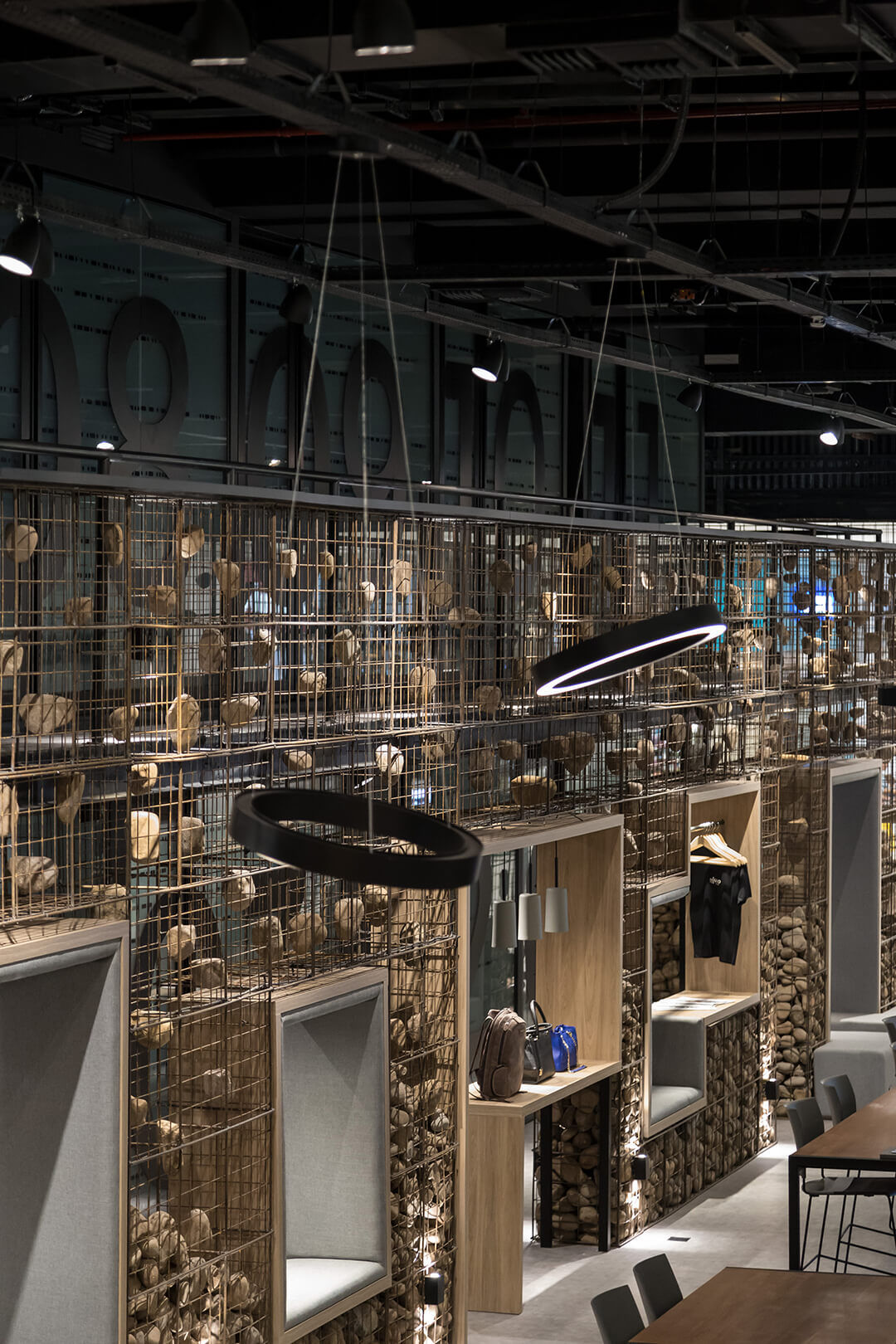 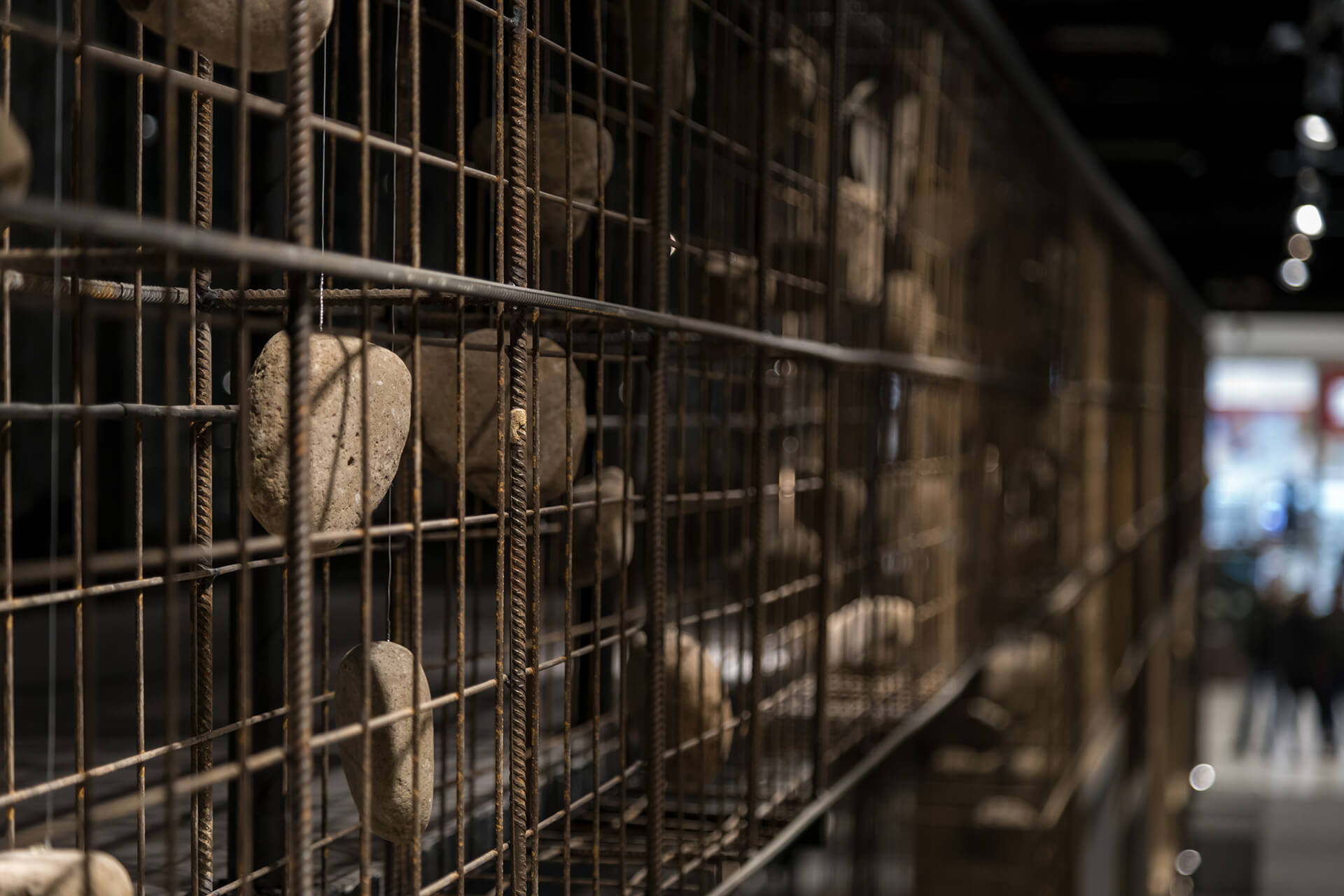 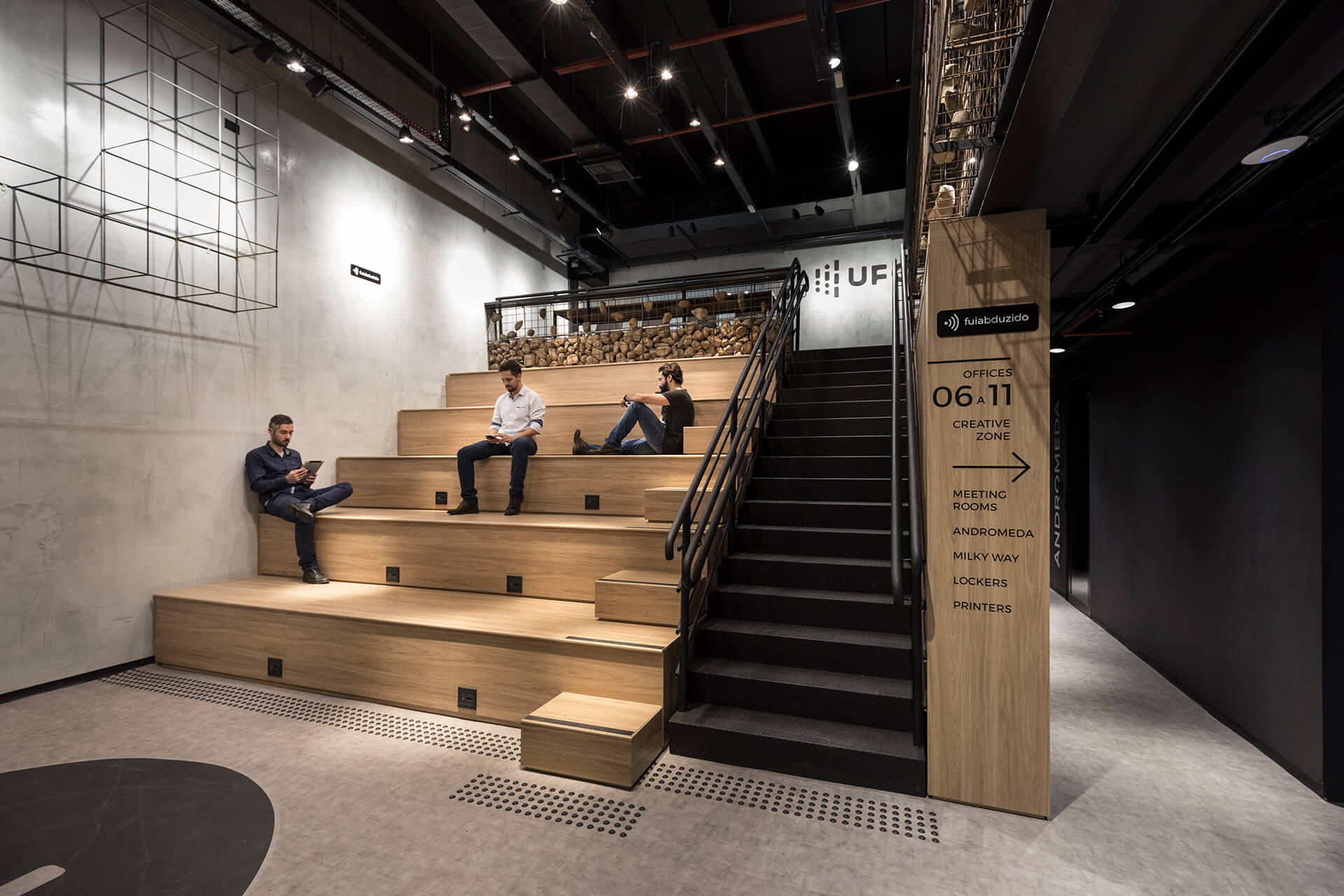 But it’s still the rocks that, to the team’s amusement, get the most attention. ‘The crowd’s reaction was even better than we expected,’ they said. ‘Everyone walking in front of this co-working space stops and walks in, even if only to understand what’s going on with these stones.’

While this is UFO Space’s pilot project, it’s not surprising that Rio Grande do Sul was their chosen spot to launch one of their many co-working units to come in the country. São Paulo might be where Brazil makes most of its money, but the gaúcho southernmost state is proving to be the place where it gets most of its tech ideas. Canoas, the city where the UFO pilot is located, is home to the La Salle scientific research university and a large series of incubators and start-up weekends. Thanks in part to 2009’s Innovation Law, the state has three tech parks hosting more than 300 startups and science clusters – the Porto Alegre urban area, which includes Canoas, is touted by the local government as a habitat of innovation.

But there is still, unfortunately, a gender imbalance in this habitat. The Mov.in team isn’t immune to that: its four members, Francisco Tubino, Guilherme Busin, Lucas Dutra and Matheus Stringhini, are all male. Knowing that the way women use public spaces might differ from the way men envision them, they decided to bring in a consulting female architect to make sure UFO would be an inclusive space that could, in turn, lead to more women-lead startup projects in the city. ‘From the moment the client came to us, we knew that it was necessary to include a differentiated vision in order to make the space friendly to all who could benefit from it,’ they explained. ‘So we invited Letícia Jacobsen, a great architect, who throughout the process helped us see where it would be necessary to adapt the project.’ 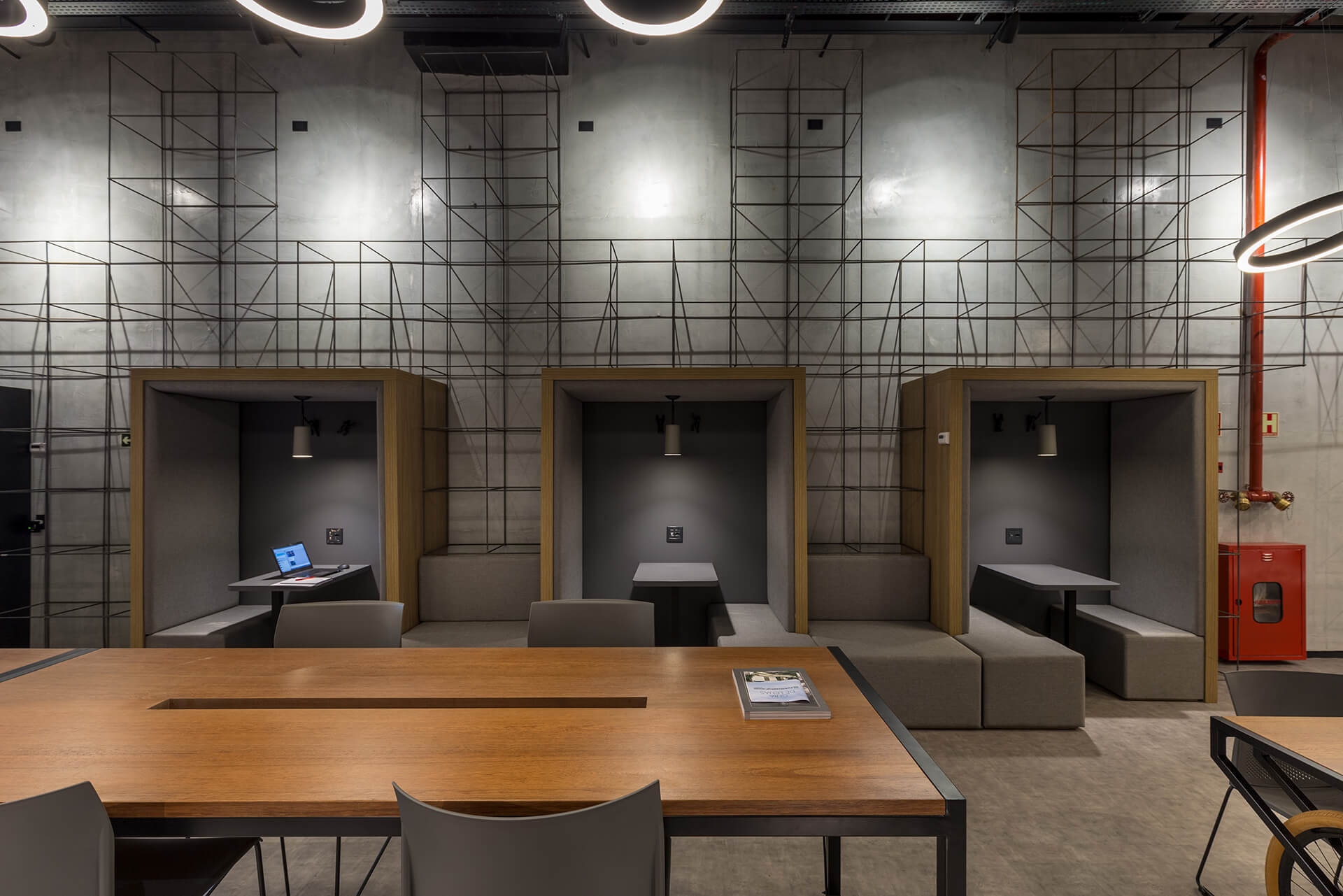 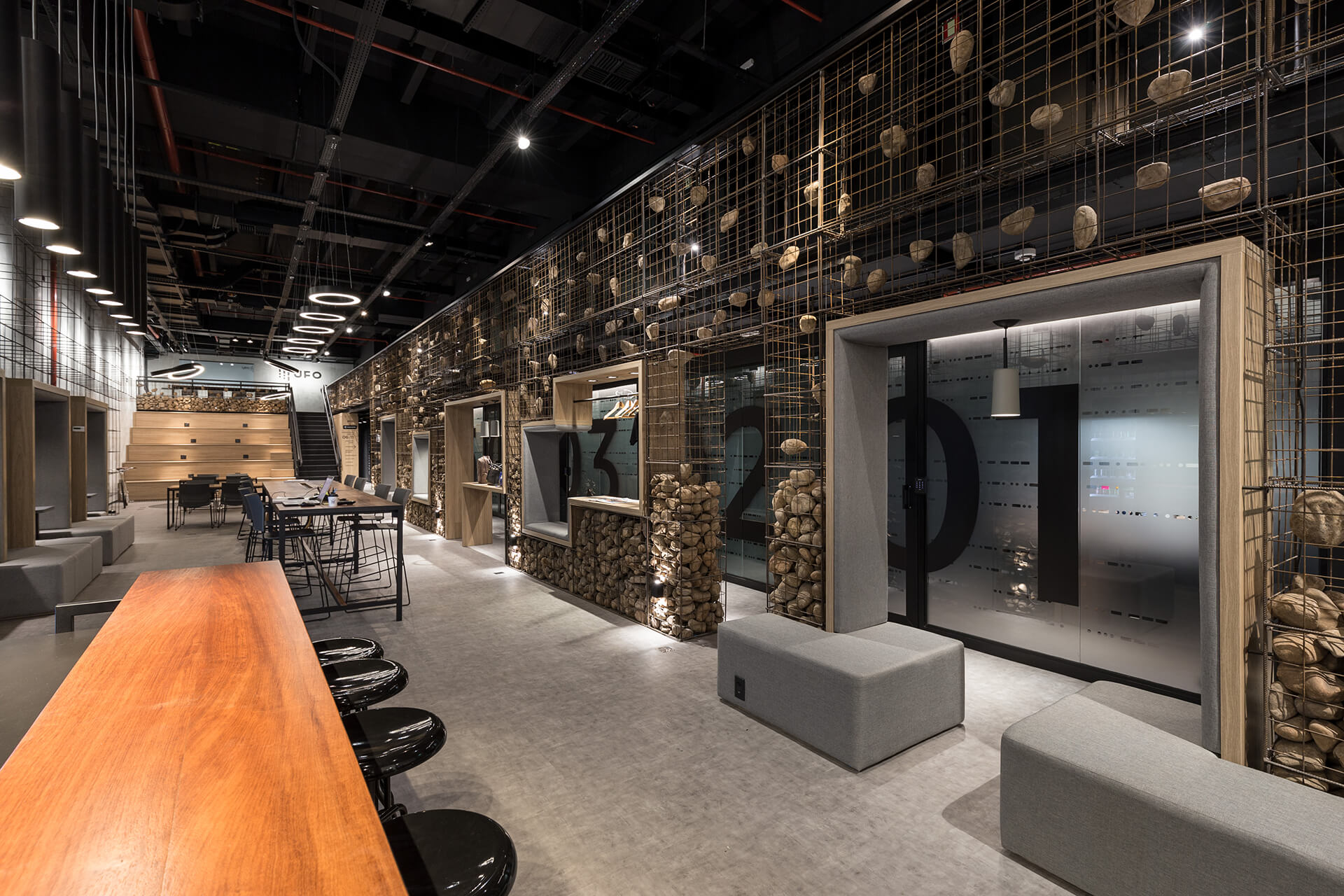 That relationship informed the diversity of workspace layouts – including, for example, the cocoons. So, while UFO was inspired by matters out of this world, the design team never lost sight of its main goal: to make sure their pilot proposal, which could inform the co-working space trends in the region, would also make this world a better one.