Fashion is full of surprises. But at Dior, one thing is certain without fail: runways under the reign of Maria Grazia Chiuri will take a feminist stance. Since the unveiling of the creative director’s first ready-to-wear collection for the French house in September 2016, Chiuri has highlighted the work of various feminist artists via show sets. This season, Dior gave Paris-based collective Claire Fontaine carte blanche, resulting in a graphically emphatic space at Musée Rodin.

Neon signage overhead read like posters at a Women’s March: ‘Women’s Love is Unpaid Labour,’ ‘Feminine Beauty is a Ready-Made,’ ‘Women Raise the Upraising,’ and, hung powerfully times three in the centre of the white room, ‘Consent’. The set was in part inspired by the work of late art critic and activist Carla Lonzi, the cofounder of Italian feminist collective Rivolta Femminile. Lonzi's words ‘Io Dico Io’ – or, ‘I Say I’, were emblazoned onto the entrance wall of the show; from 23 March to 21 June 2020, a Dior-sponsored exhibition of the same name will be held at Rome’s National Gallery of Modern and Contemporary Art. 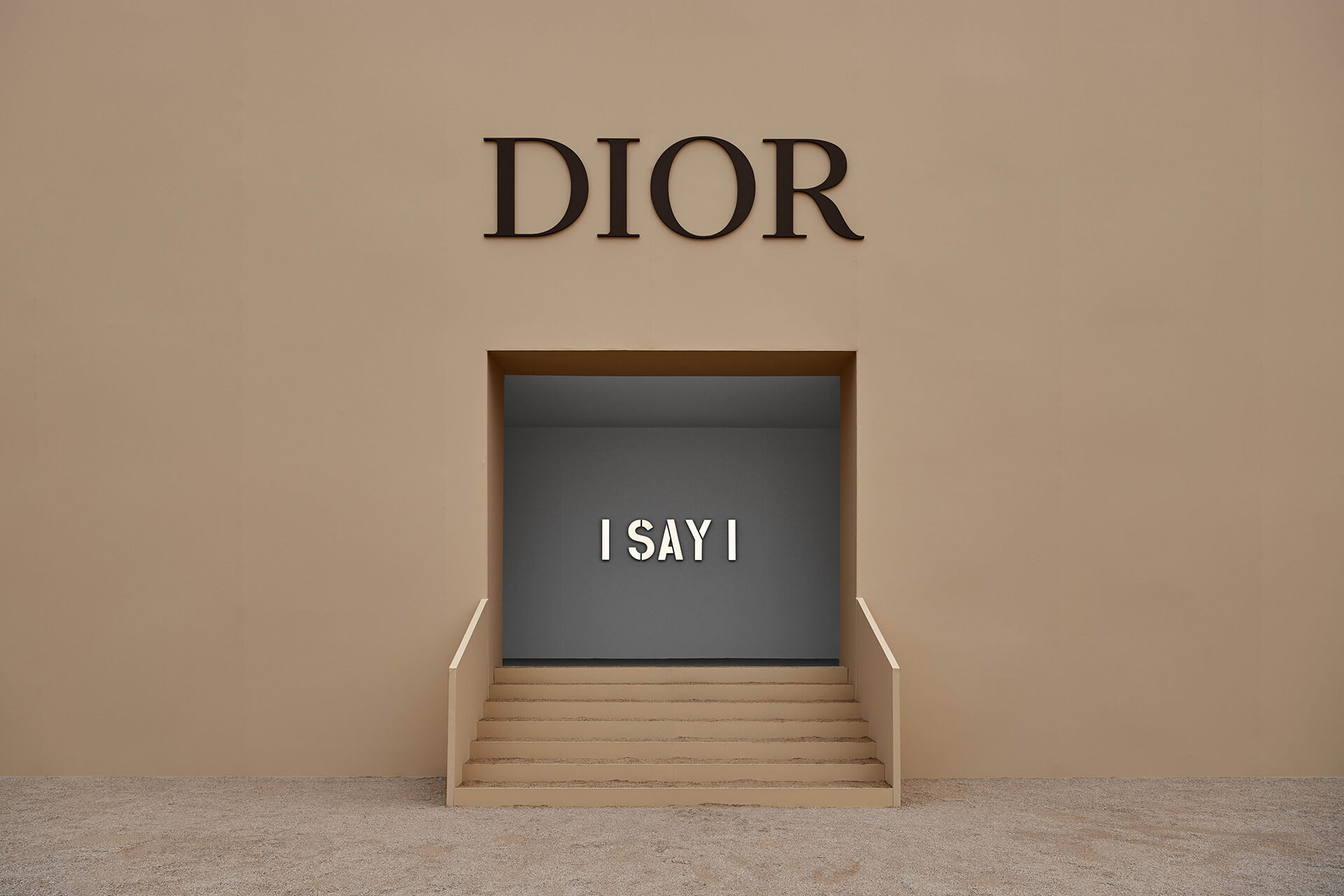 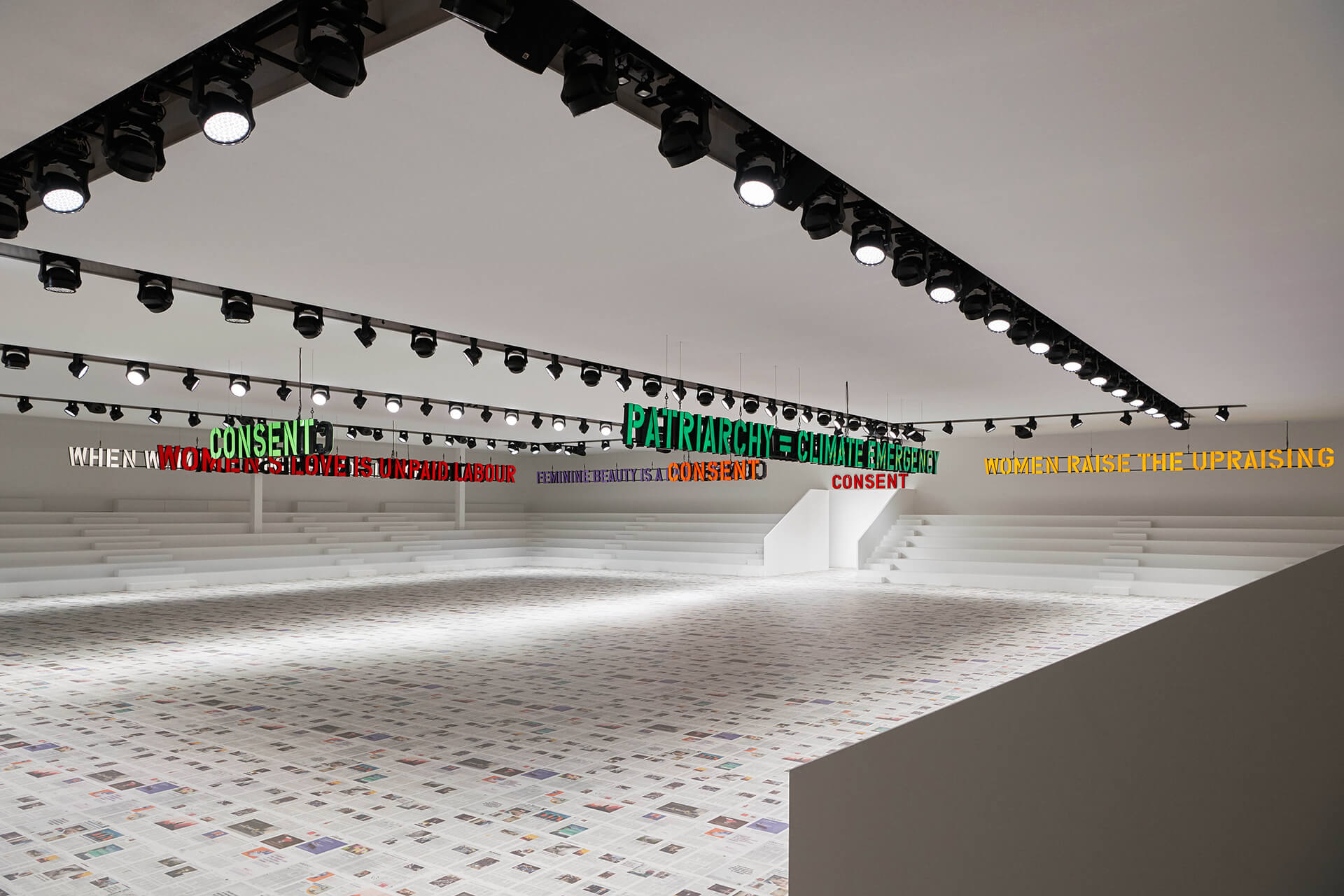 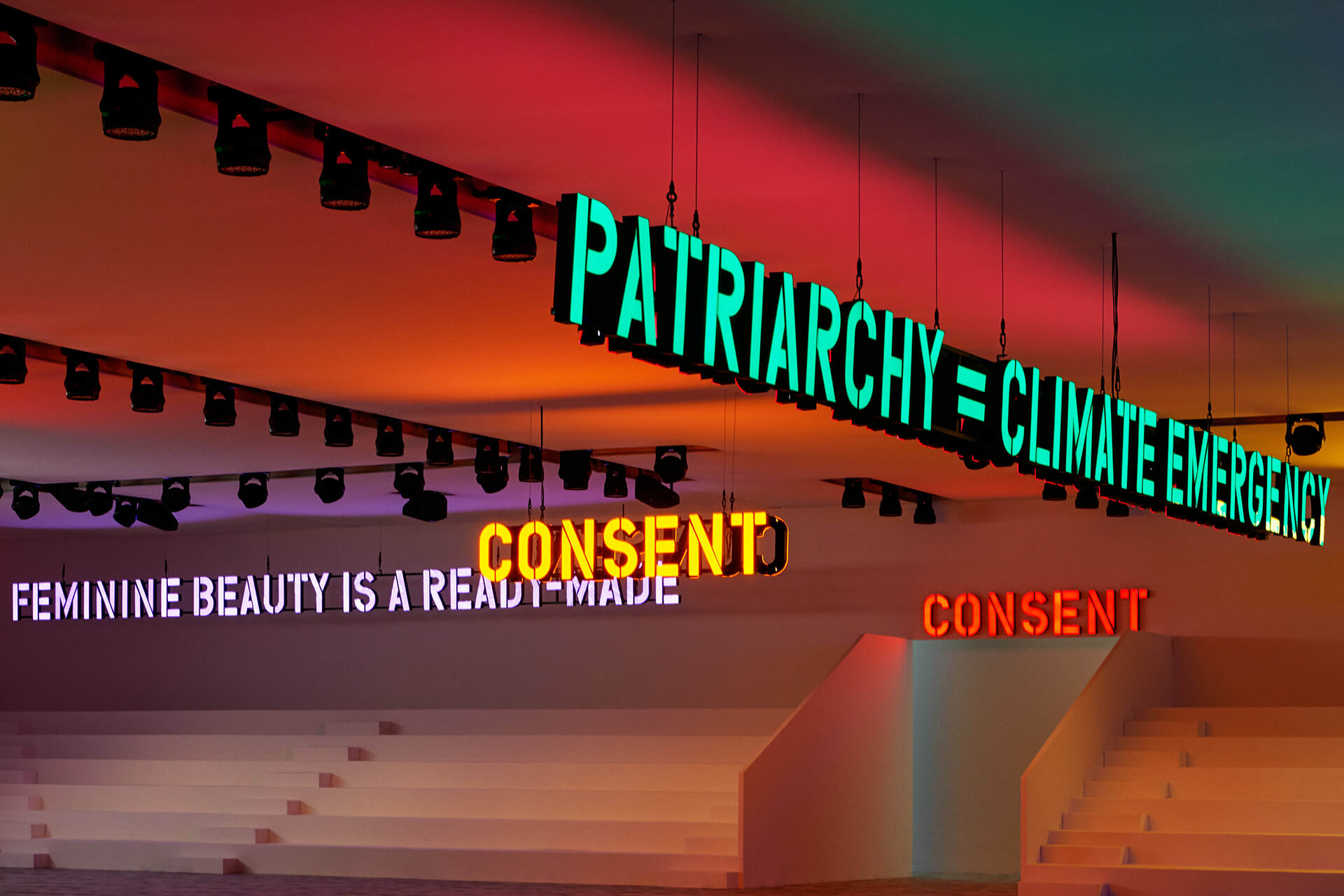 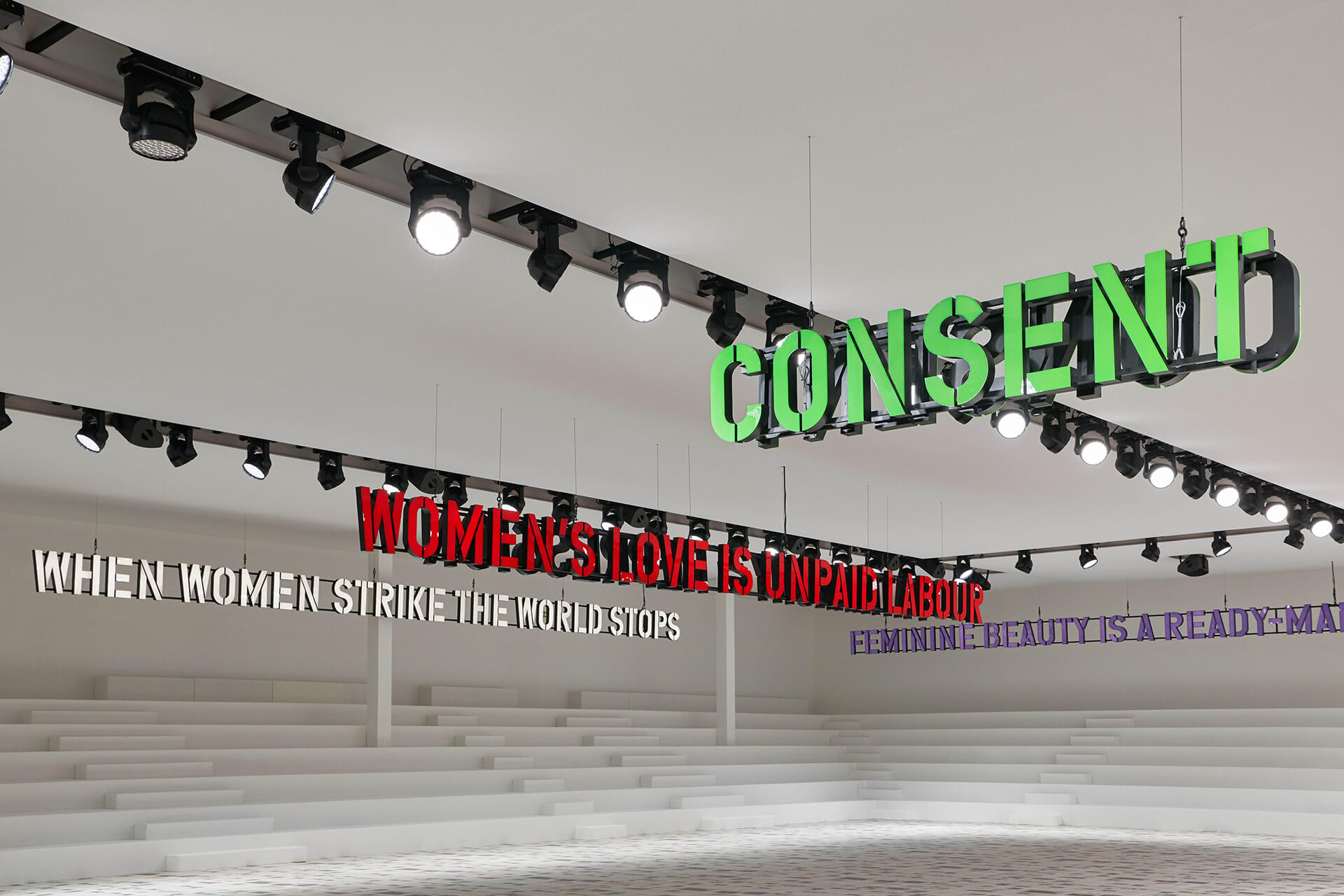 Attendees watched the Bureau Betak-produced show from white tiered bench seating, cloaked by the colourful light emitted from the signage. Hung from black metal framework, the lettered three-dimensional LED fixtures were developed by Claire Fontaine especially for the show. The catwalk was surfaced with a remade, pixelized edition of France’s Le Monde newspaper, plastered with flooring with wheat paste. Entitled Newsfloor, the element was a new iteration of work previously shown by the collective.

‘We make things – artworks – that allow people to ask themselves “What am I looking at?”’ said the creatives behind Claire Fontaine in an interview with Dior. ‘Our identity comes through in the thought process behind these forms.’