Hey, millennials: You’ll need a co-working space in your 70s, and here’s a sneak peek

Here’s the bad news: as the population pyramid constricts, wages stagnate and pension plans weaken, millennials might be the first generation in history forced to keep working far past the current age of retirement.

Here’s the good news: healthcare access is improving and life expectancy is increasing, along with society’s perception of age-appropriateness for life stages become much more fluid – 60s are the new 40s are the new 20s and so on. That means that current 20 and 30-somethings will most likely appreciate being engaged part of social niches even as senior citizens. 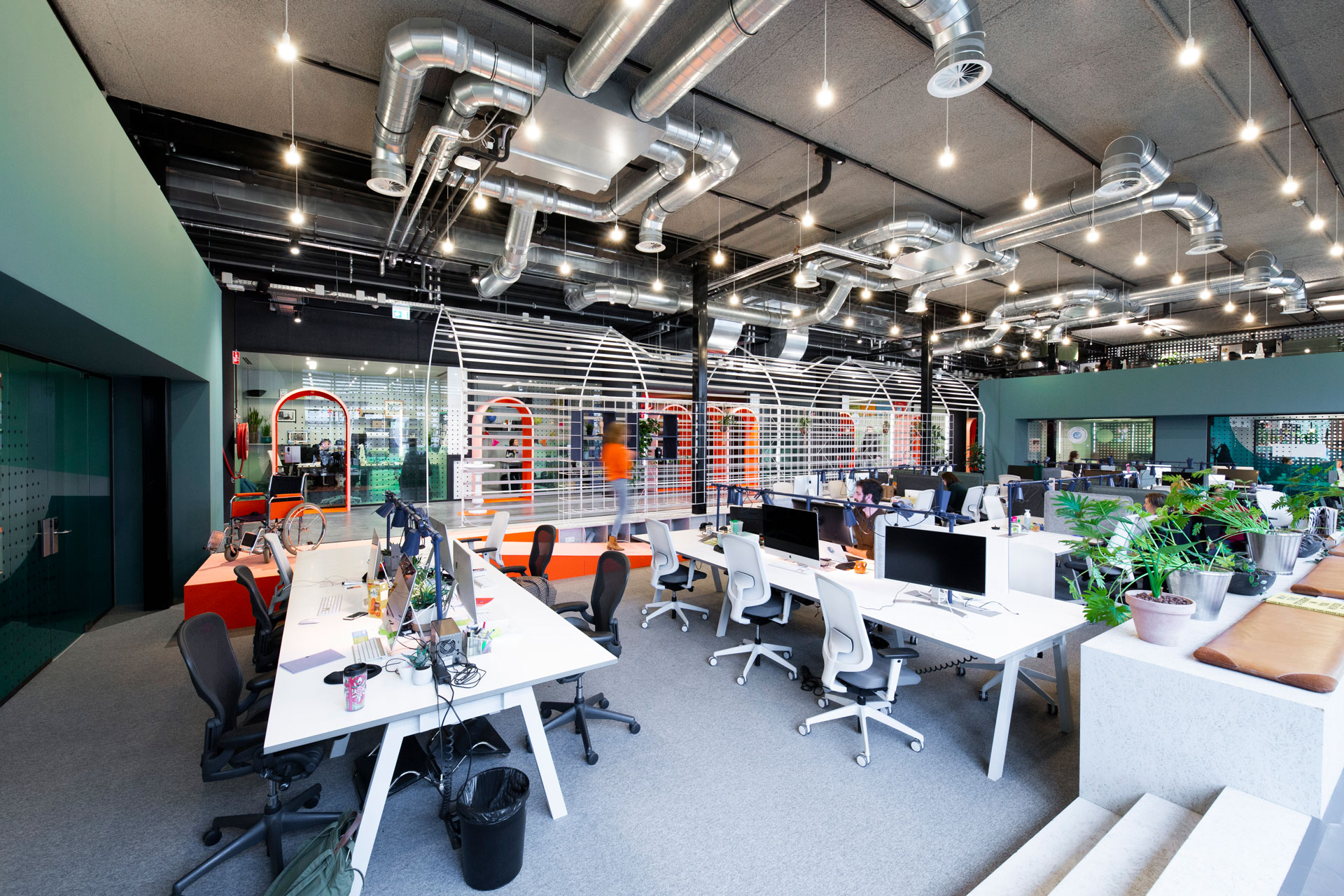 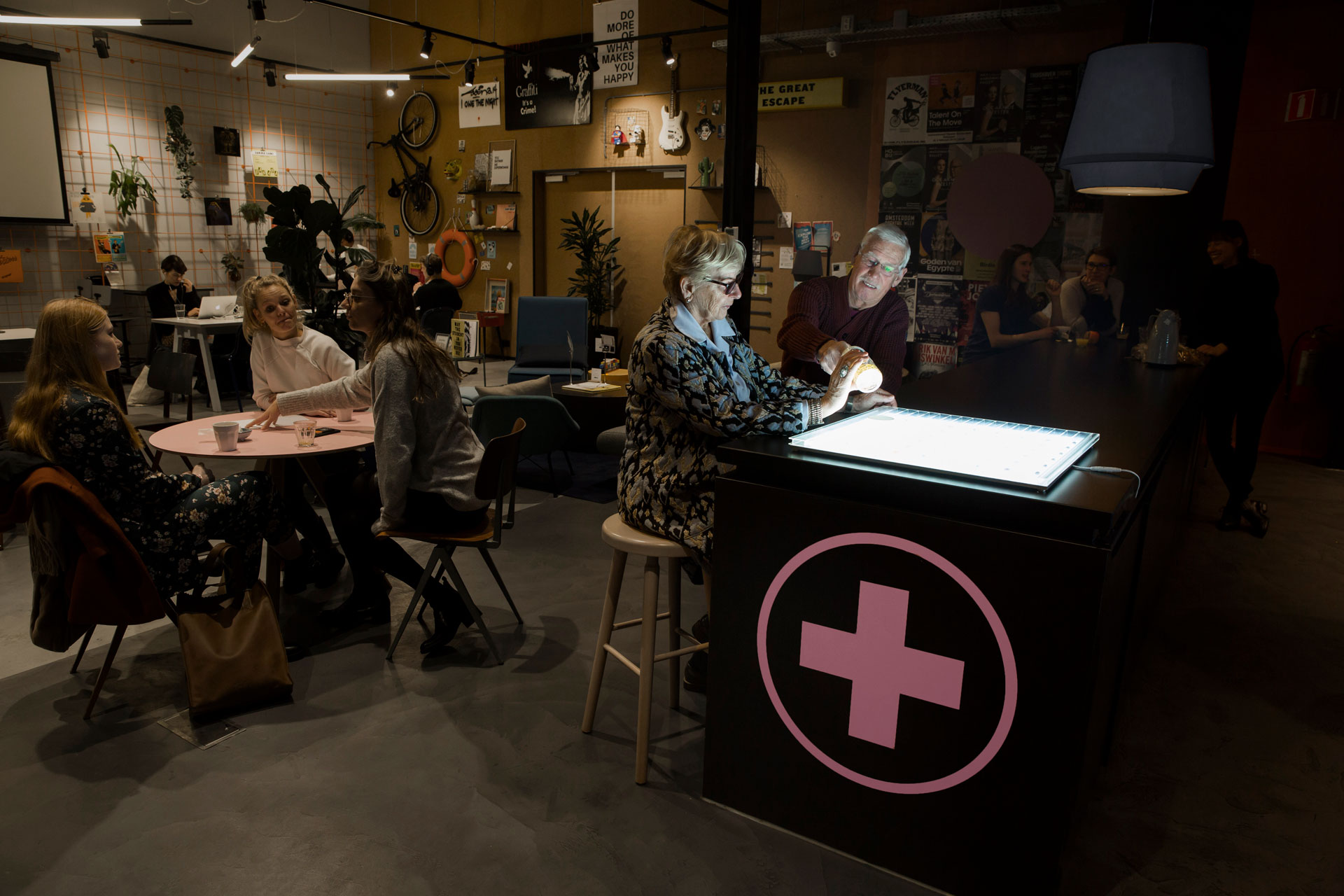 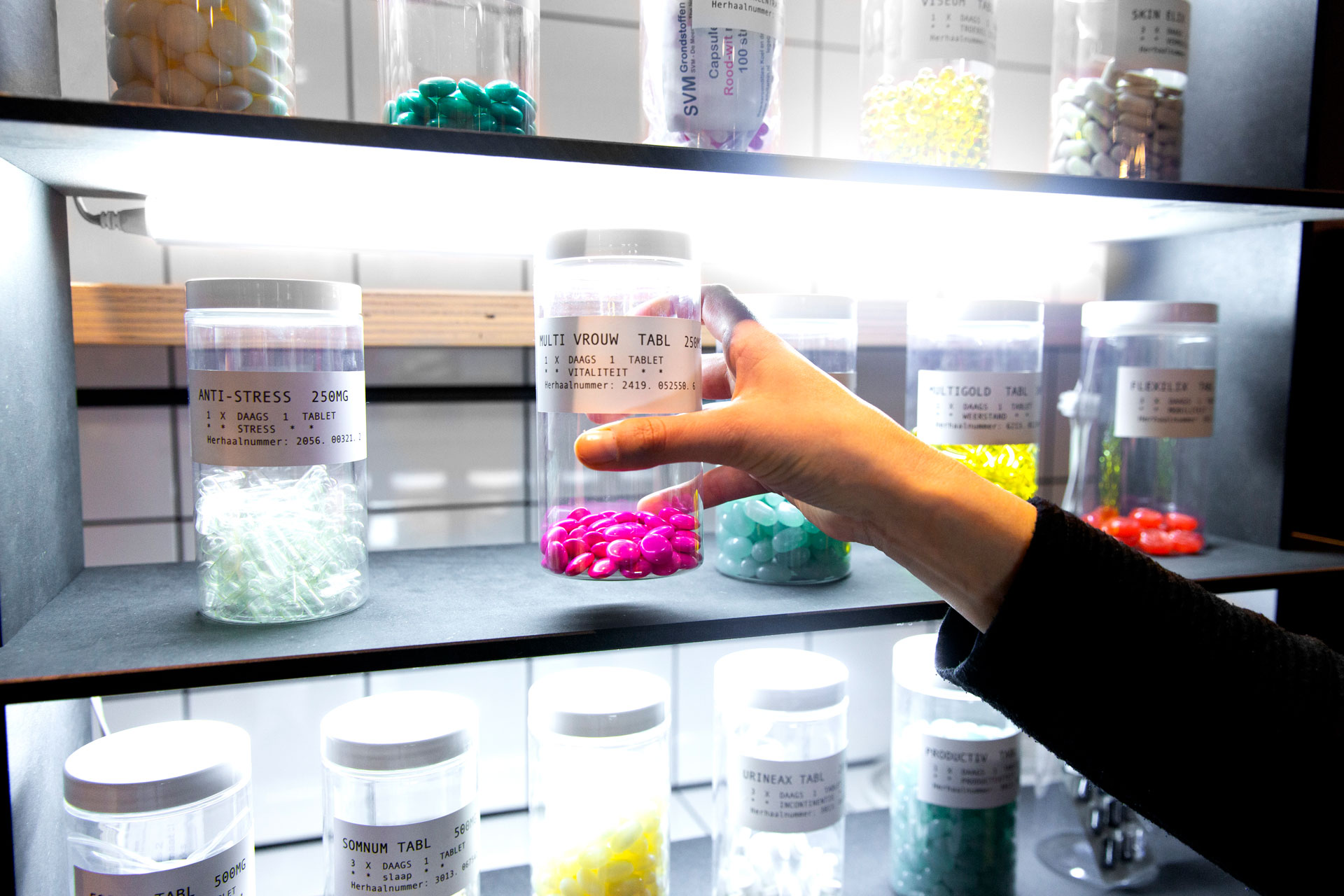 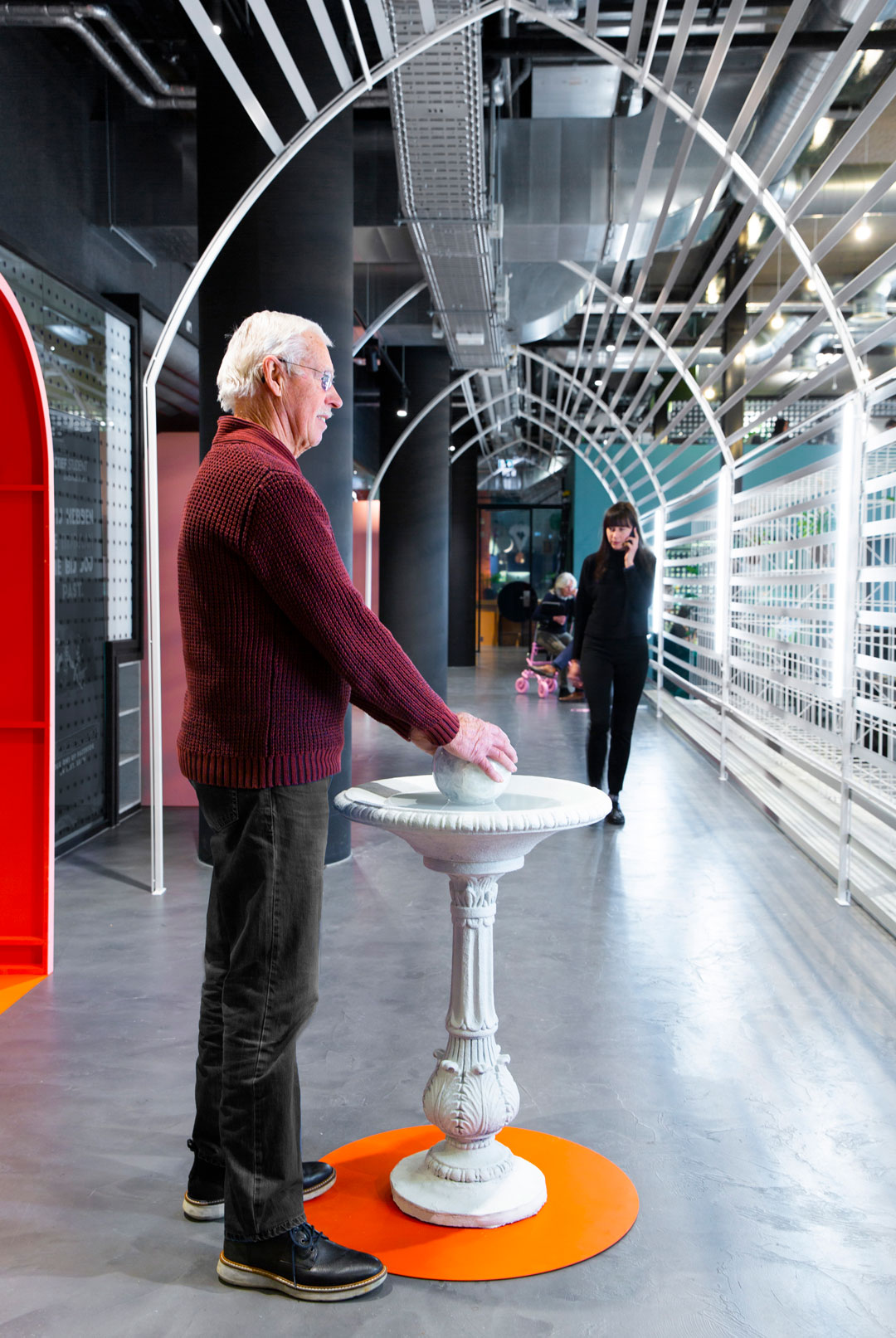 Enter the co-working space of the future, meant for the generation currently four decades too young to use it. The TSH Collab on Wibautstraat caters to the usual 20-and-30-something audience. For nearly two weeks, though, it turned into Senior Spaces: a shared working unit adapted with specialized ramps, where the coffee bar served health supplements and chairs provided deep lumbar support. Through personalized applications, it is an environment that helps keep the brain and the body constantly stimulated, providing a public cocoon where productivity, relaxation and community come together.

Is this something terrifying, or perhaps a nice alternative to an elderly home?

‘Will the workplace become a supportive environment that will keep you healthy and fit for as long as possible?’ asked Anna Dekker of Studio Lonk, the design team behind the installation, supported by partners Ditt. Officemakers and BrightPensioen. ‘Will it be a cross between an office, a spa and a health care institution? Is that something terrifying, or perhaps a nice alternative to an elderly home?’

BrightPensioen is a key component in this equation. The Dutch service, founded in 2013, specializes in providing retirement plans for freelancers and independent entrepreneurs. On top of that, it is a socially minded company: its business model is based on membership fees, giving back to its members every bit of accrual made from investments. They are going for what they call a ‘100-per cent sustainable life-cycle fund.’ That is a particularly important blaze to trail, given the worrying situation of the age pyramid in certain pockets of Europe. With their participation in Senior Spaces they are asking out loud: Are pension management companies doing enough to ensure multigenerational sustainability with this panorama? 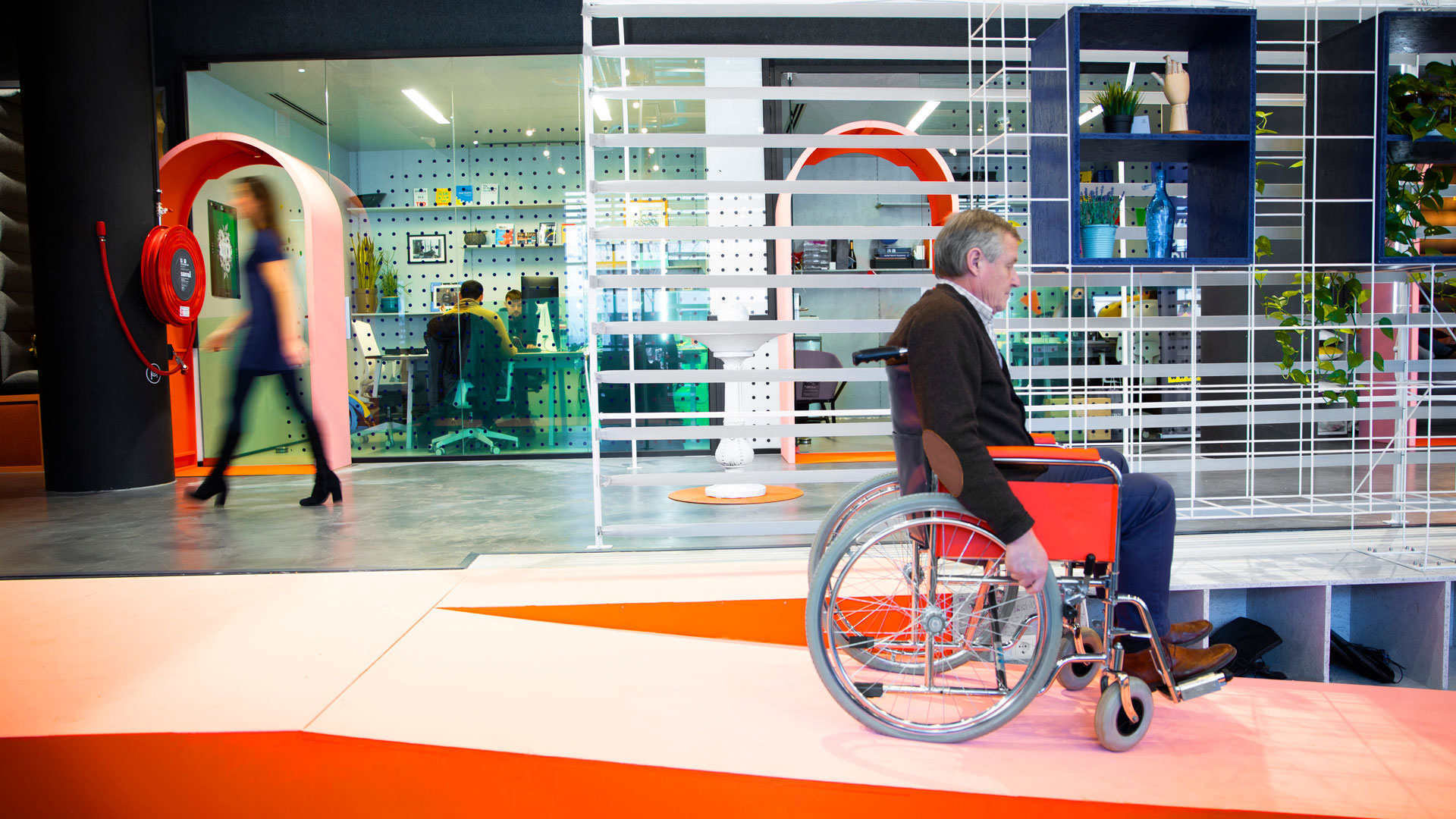 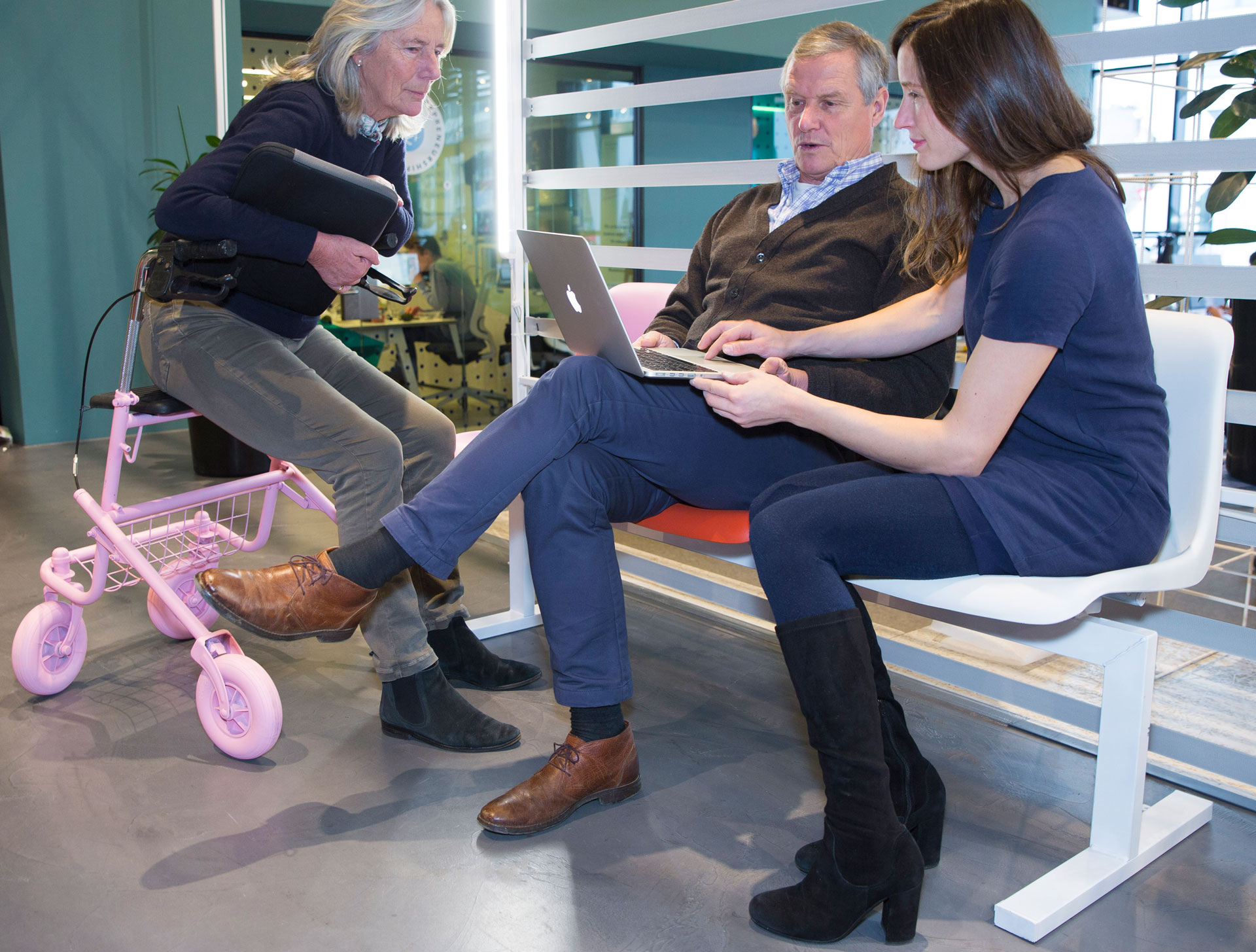 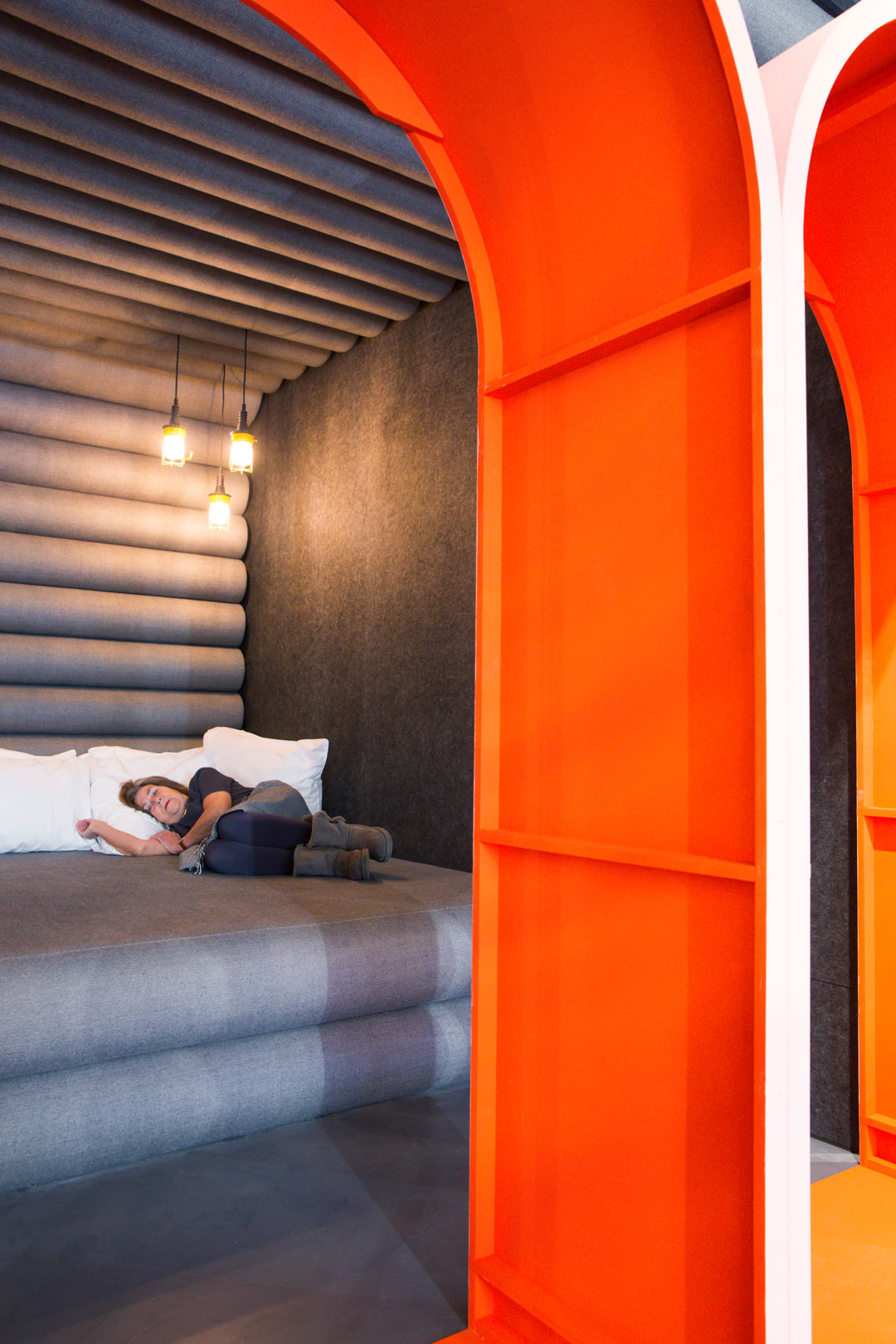 But it is also Studio Lonk’s indirect stand against ageism in the workforce. As the cult of the wunderkind strengthens with each Palo Alto unicorn that spreads its tech wings, employees as young as 40 are already seen as behind the curve. The European Parliament provides legal protection against age discrimination, but tellingly, only one in five workers between the ages of 55 and 64 currently hold a job – and employment rates for women are nearly 15 lower than for men.

So, is the purported co-working space of the future a catch-all than can fill the gap left by corporate ageism by providing spaces for independent work? A parallel structure that can support a potentially challenged public health system? A meeting spot that can provide the communal benefits of an elderly care home without the prohibitive price tag and the social stigma? Yes, yes and yes.

Senior Spaces was the first chapter of Labor Lab, a series of three installations headlined by Studio Lonk and Ditt. Officemakers. The project, which will be carried out throughout 2019, aims to explore the possible futures of our work environment.