Do touch: Giulia Soldati lets you play with your food at Frame's KitchenLab

COLOGNE – Taste and touch are inextricably intertwined, a connection Giulia Soldati plays with in her project Contatto. Taking a new approach to the materiality of food – its preparation and consumption – Contatto removes unnecessary components in the human-food relationship. The hand itself becomes a surface for food, allowing the action of serving to become an intimate gesture between the toucher and the taster. 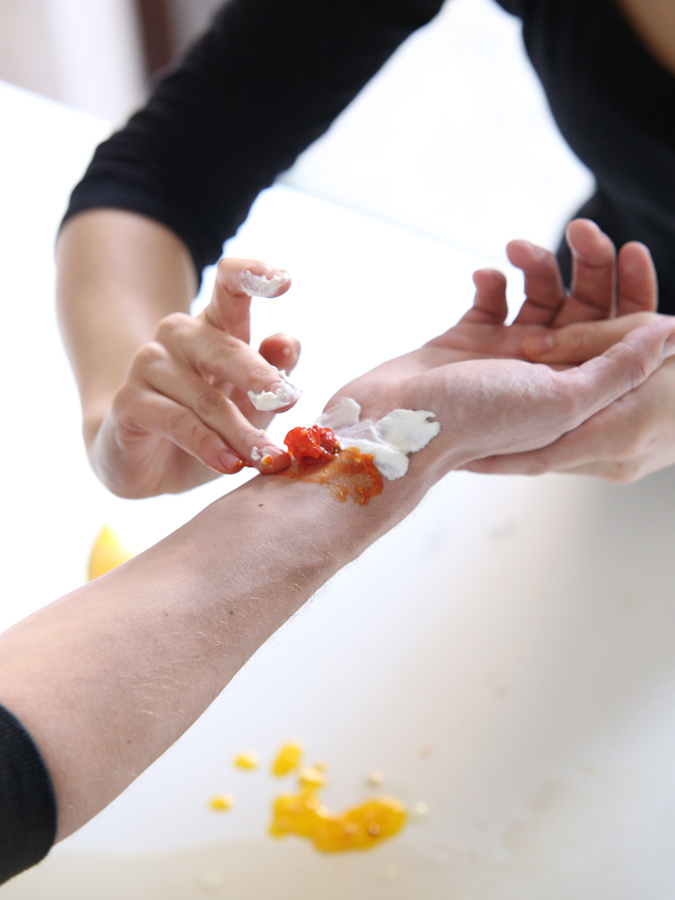 During the KitchenLab exhibition at IMM LivingKitchen, audience members will be invited to taste, touch and experience food without what Soldati describes as ‘the objects that create a distance between the body and food, such as cutlery, plates and some preparation tools’.