Didier Faustino infuses the XYZ Lounge with an air of sensuality

Located on the ground floor of a large oval building complex erected in 1906, the XYZ Lounge is the realization of a culture and living concept supported by the Liedts-Meesen Foundation. Featuring a bar, a screening room and a lounge, the project also includes a mezzanine for small exhibitions and presentations. Designed to encourage dialogue and discussion on a wide range of subjects, the XYZ can be seen as a kind of contemporary literary salon.

It’s all about skin 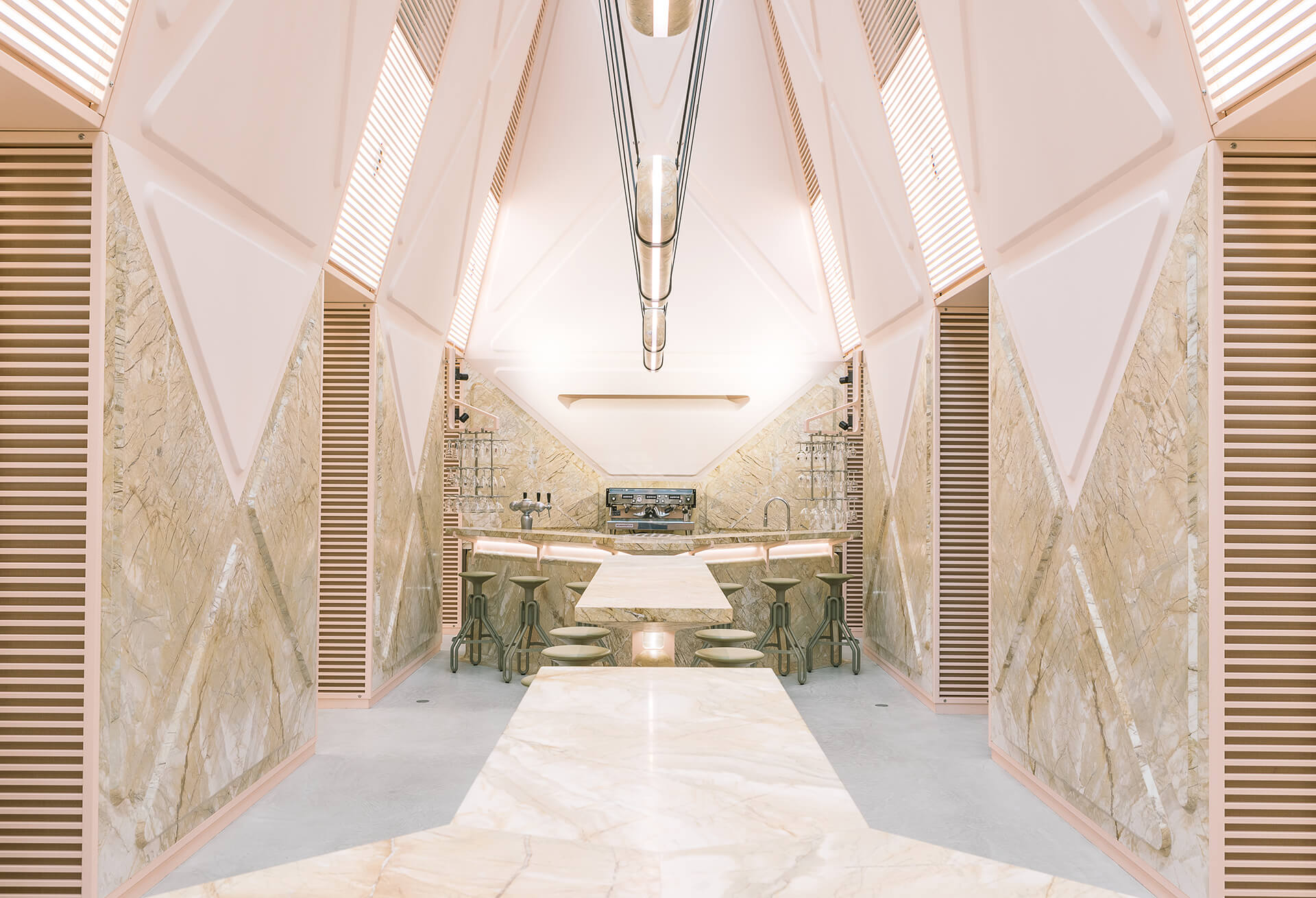 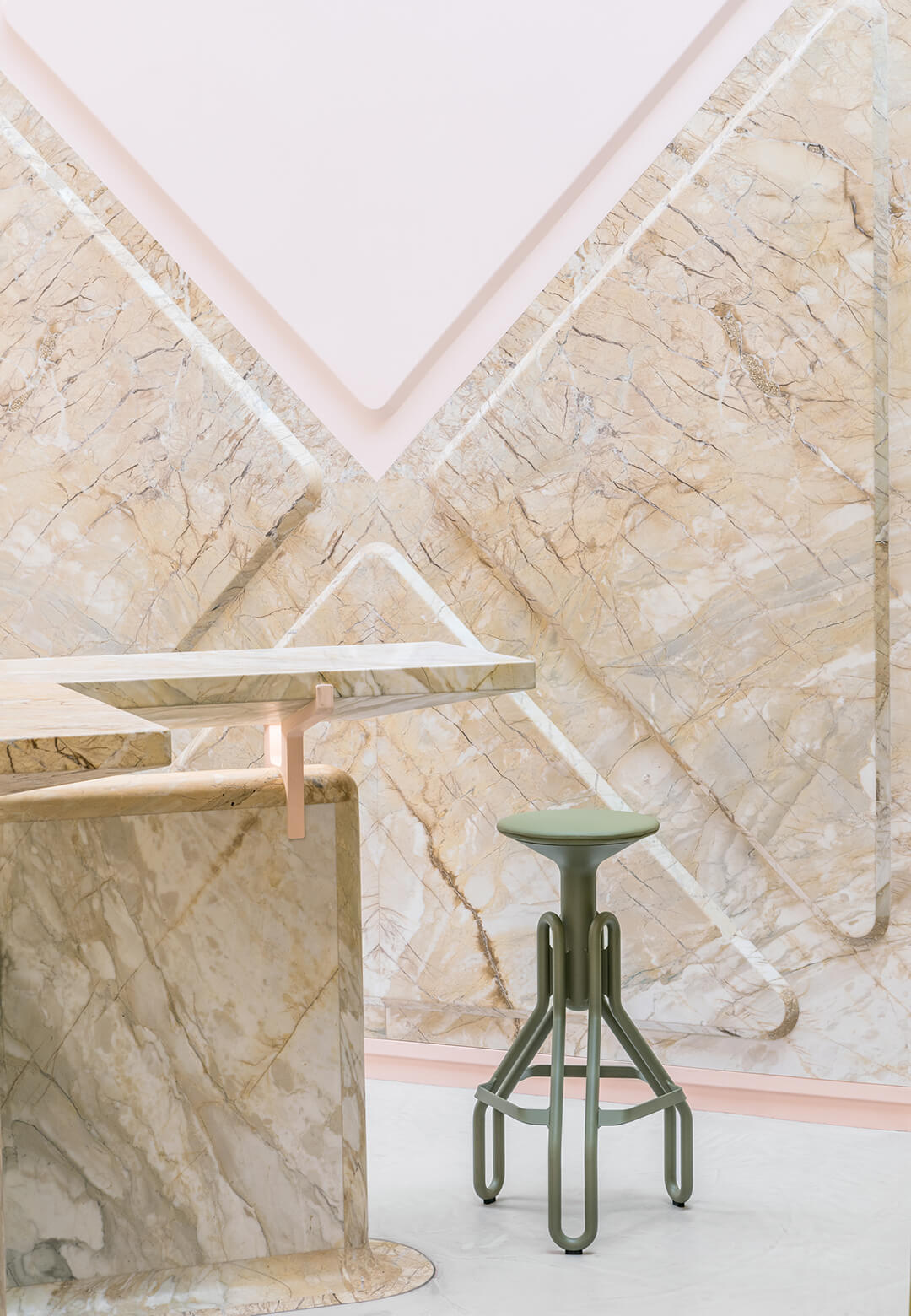 The salon – a gathering of the intelligentsia for the purpose of discussing and illuminating topics of interest – dates back to the early 17th century. An international version initiated in 2008, CreativeMornings, carries the tradition forward, as do MoMA’s Research and Development Salons. Part of this revival, the XYZ Lounge in Ghent was designed to provoke intellectual discourse. As a result, the interior itself assumes a role that is just as important as that of the host and the participants. When rebranding the historical salon to meet the requirements of a 21st-century audience, where does a designer begin? For French artist and architect Didier Fiúza Faustino, the answer was the human body. 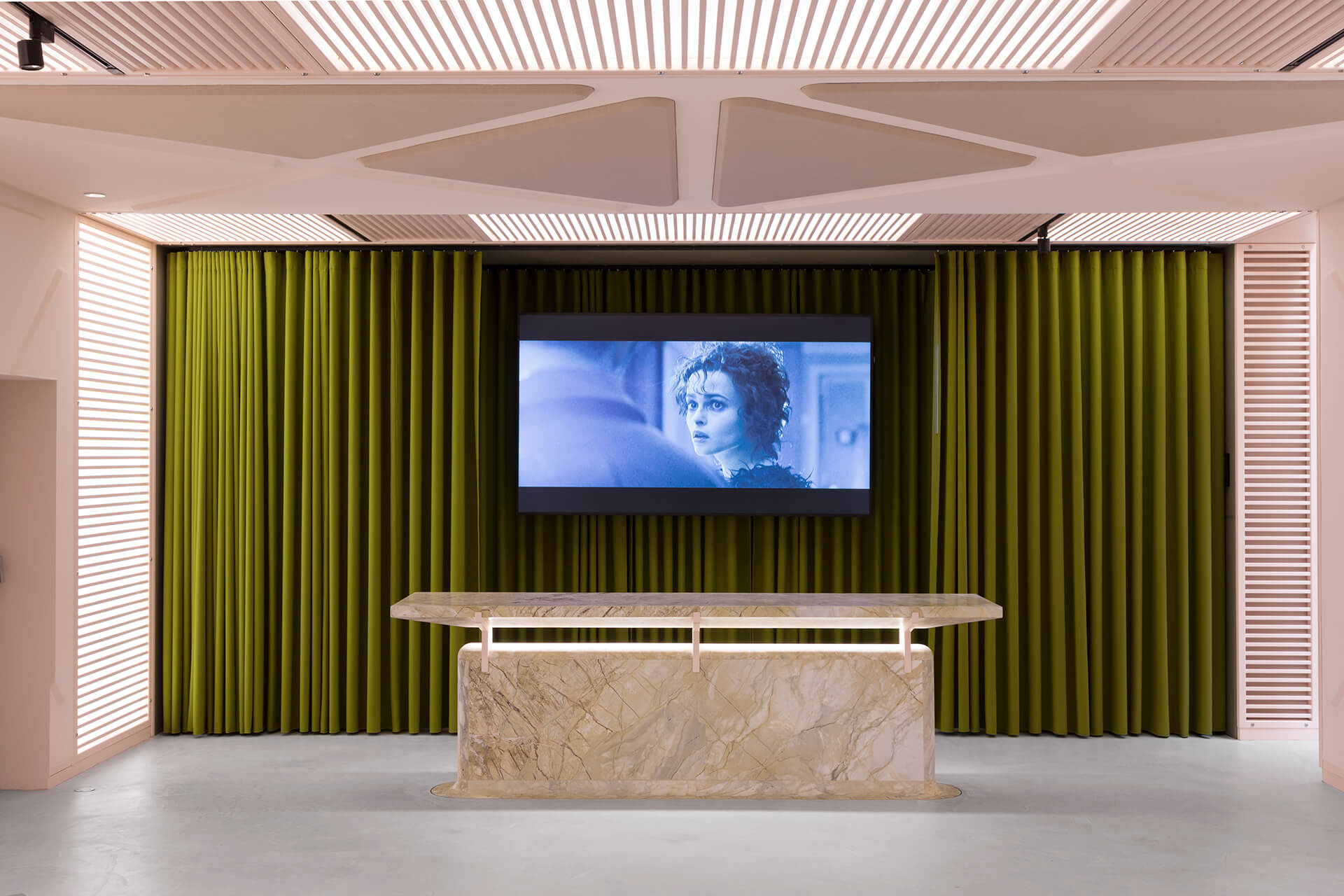 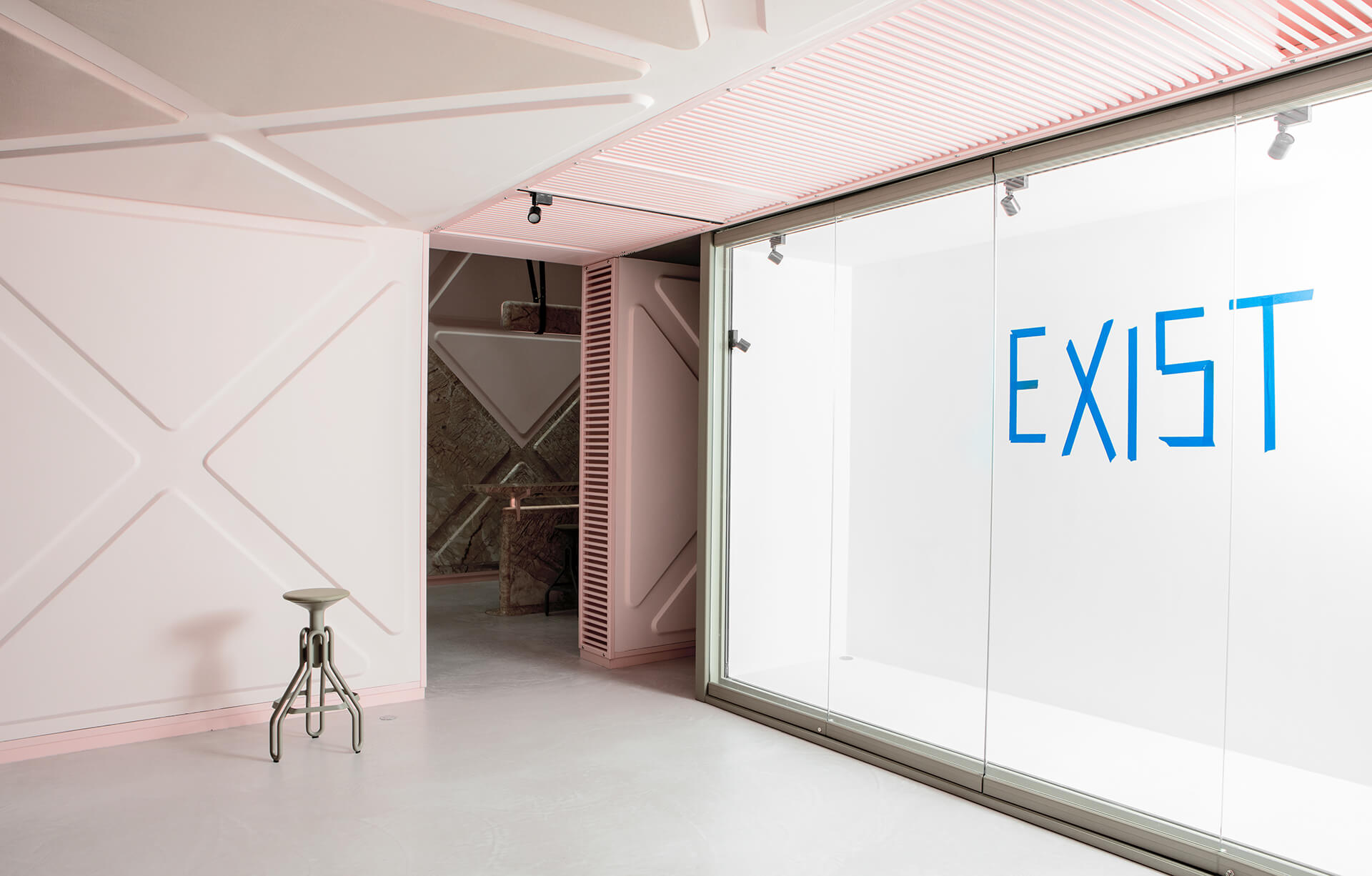 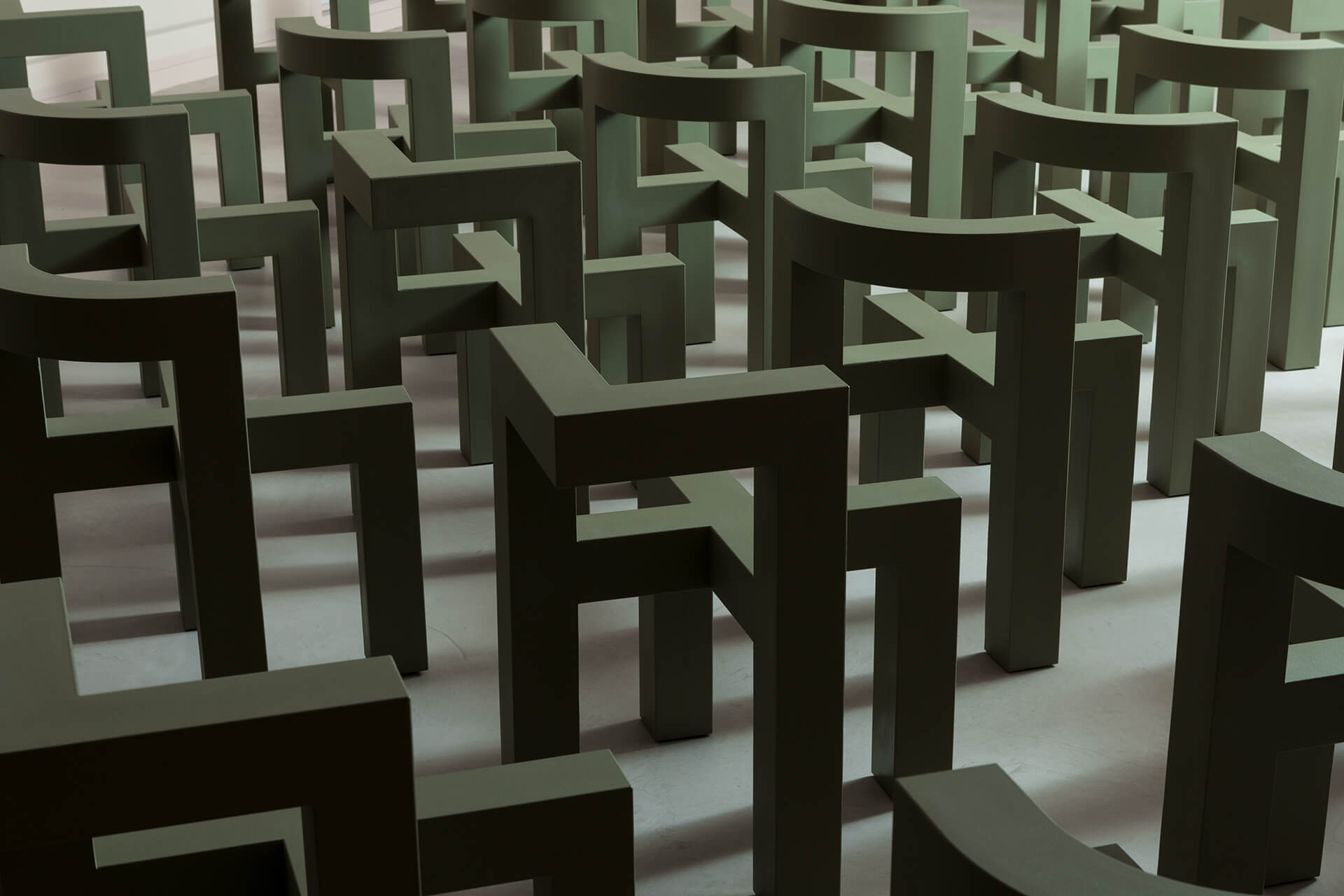 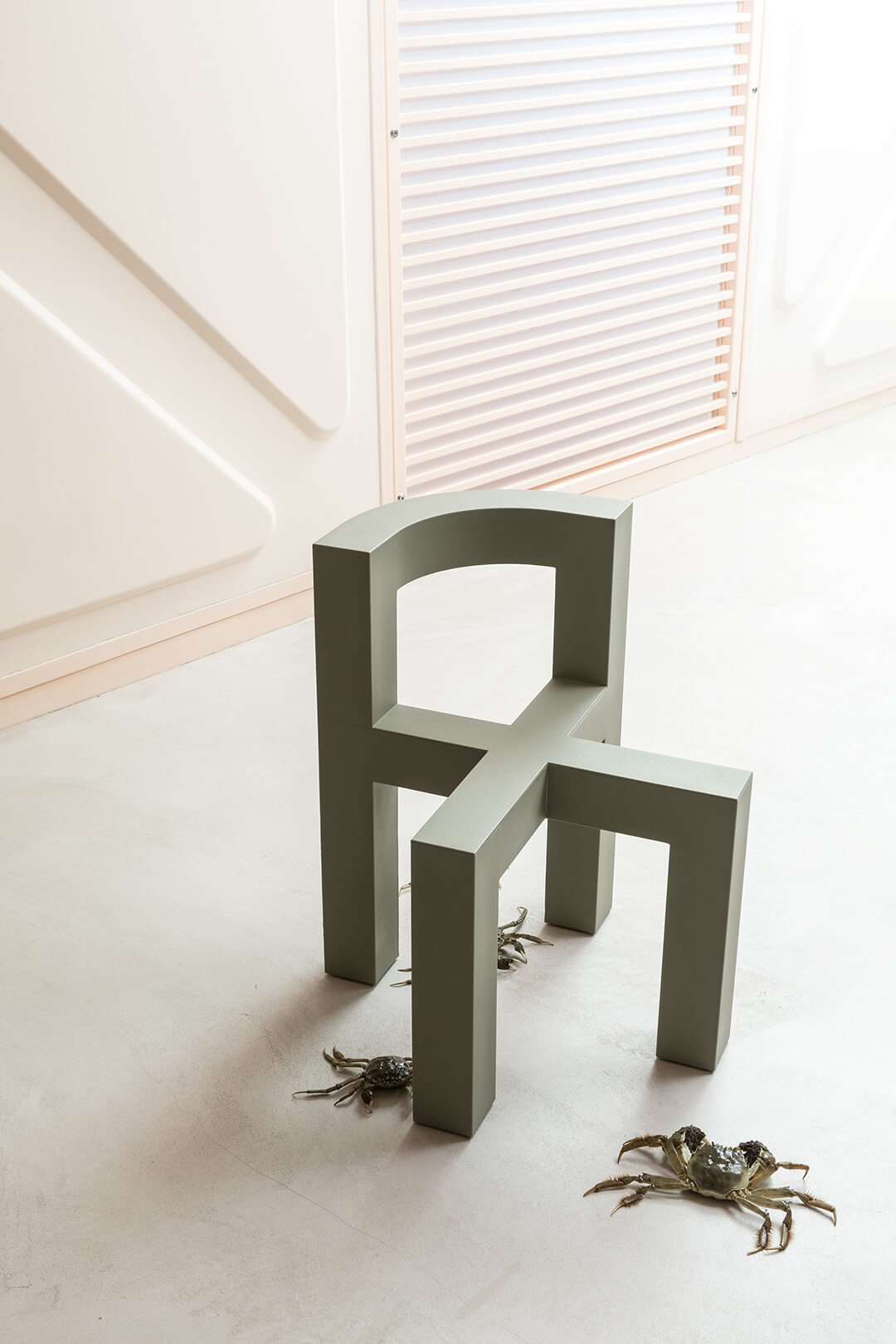 ‘It’s all about skin,’ says Faustino. Not only does the space echo the fleshy pinks and soft taupes of skin tones – highlighted by an assemblage of materials in olive green, referencing the body’s circularity – it also considers the tactile interaction between skin and furnishings.