Warehouse-adjacent showrooms for the construction industry are usually where design dreams go suffer a silent death, mostly out of sight. But Esrawe Studio – they of the elegantly playful tortilla-inspired El Califa and the bento-like Tori Tori restaurant – have turned a retail solution traditionally meant for prescribers into a public arena that welcomes all of Jalisco’s design fans. That’s because the new Grupo Arca showroom in Guadalajara is no mere display centre: it’s probably one of the world’s most beautiful retail spaces of its kind.

The company specializes in finishing surfaces, from marble and wood to brick-like coverings. But Arca’s owners wanted it to be a place where local design fans could attend architectural talks and design exhibitions. ‘What’s so innovative about this project is the fact that they wanted to link commercial space to the creative community – from architects to designers and artists – as well as schools and universities and cultural institutions,’ explained studio founder Héctor Esrawe. ‘Therefore, we turned away from the programme of a conventional showroom and instead looked to promote the value of having design transform something from within.’ 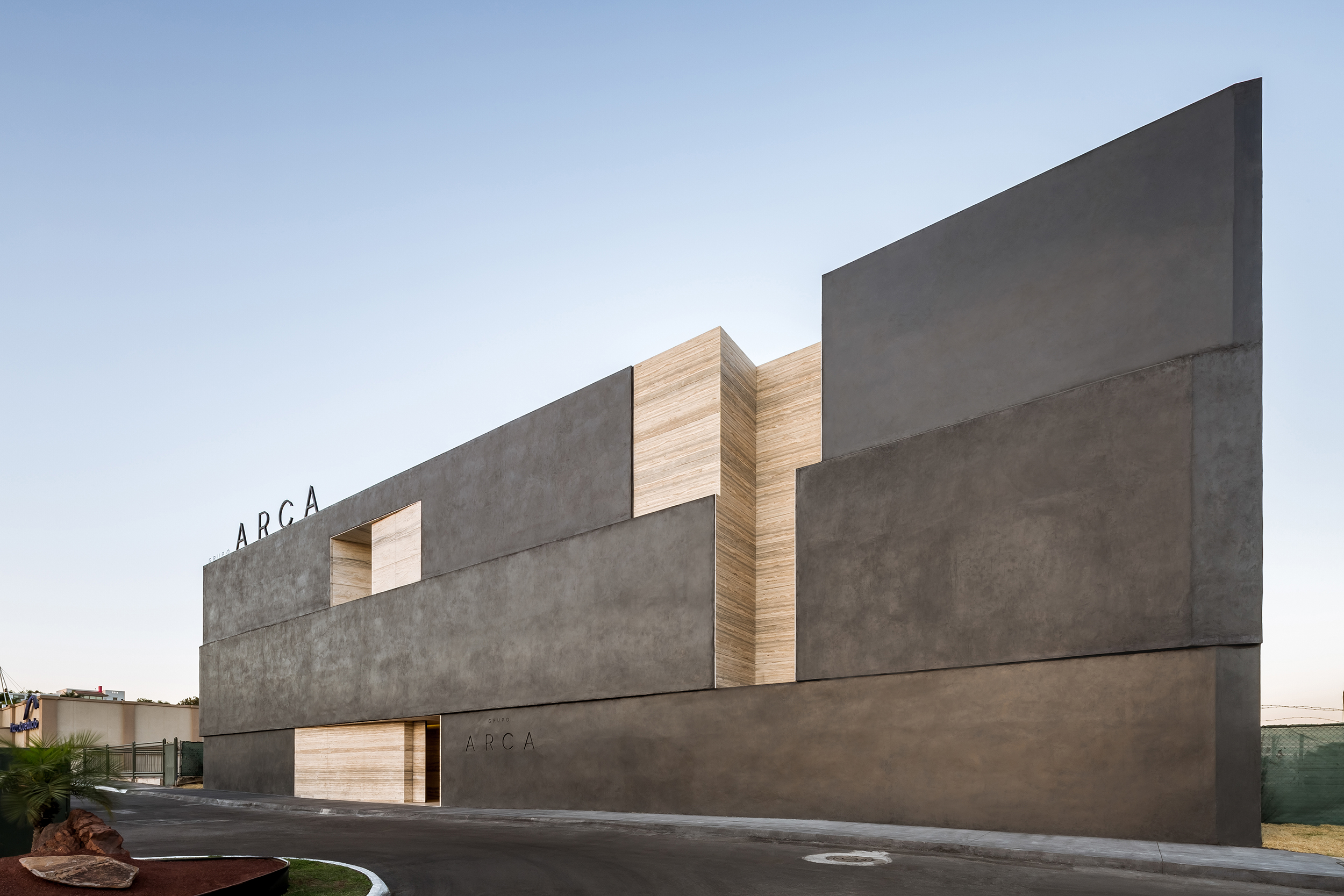 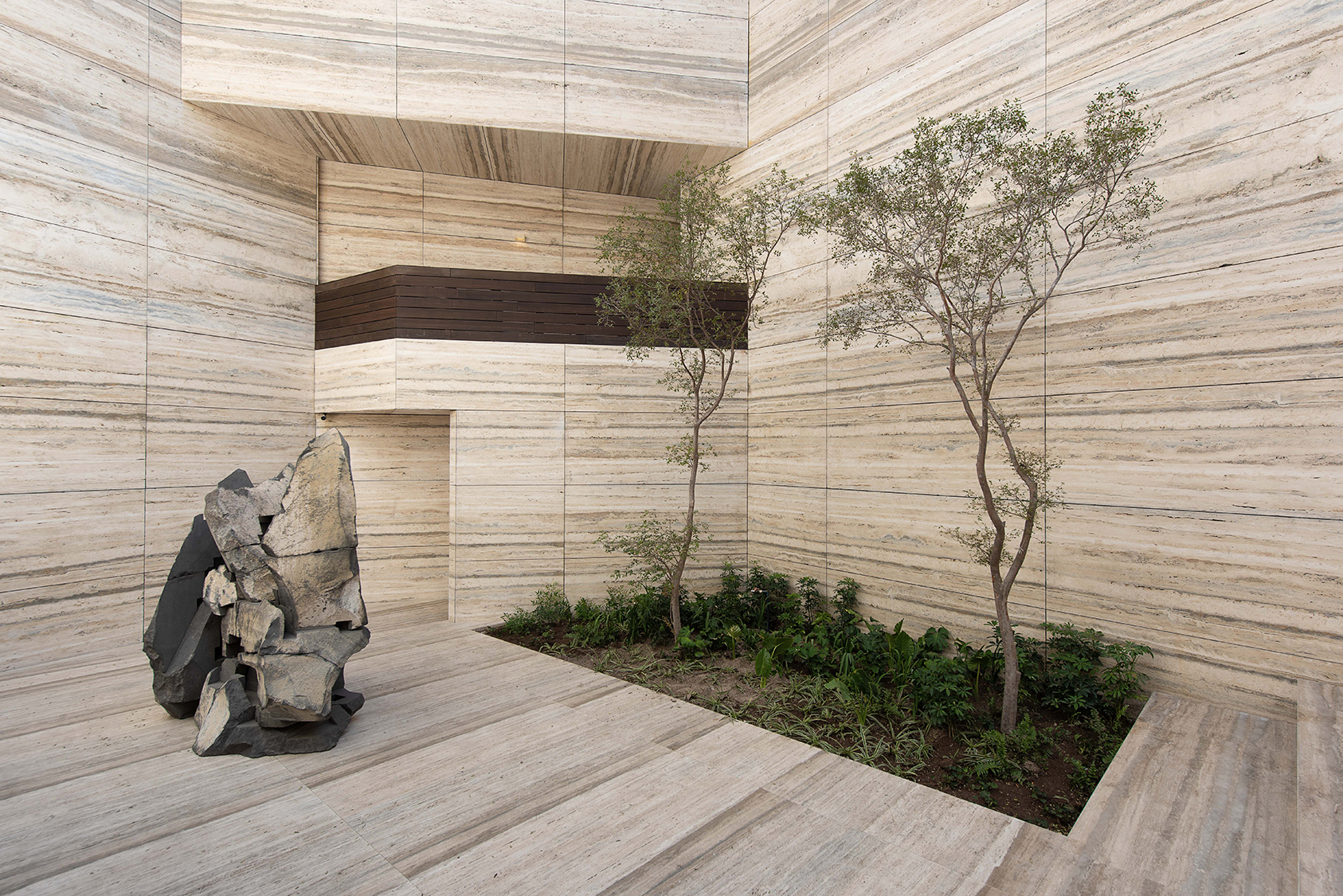 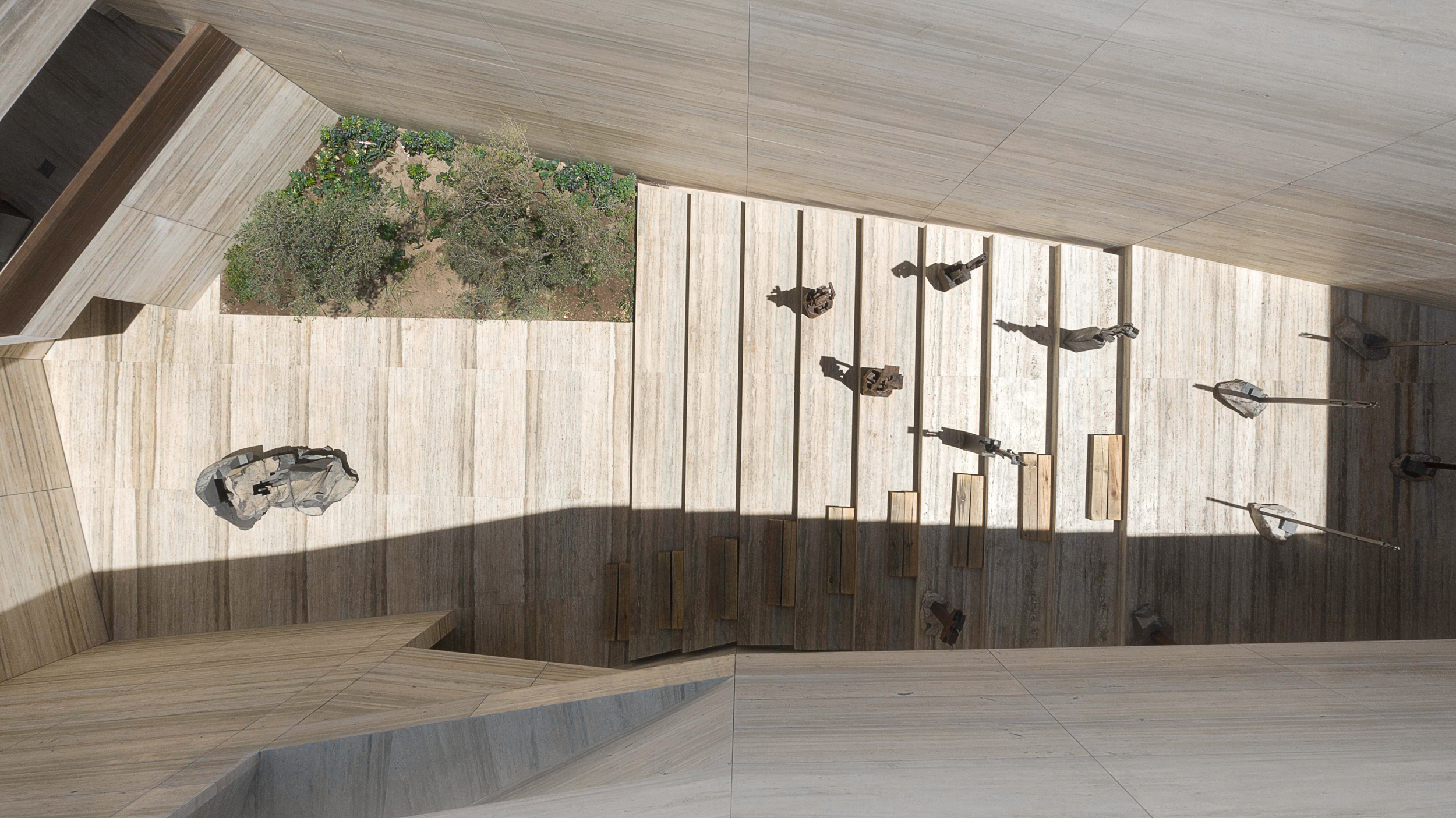 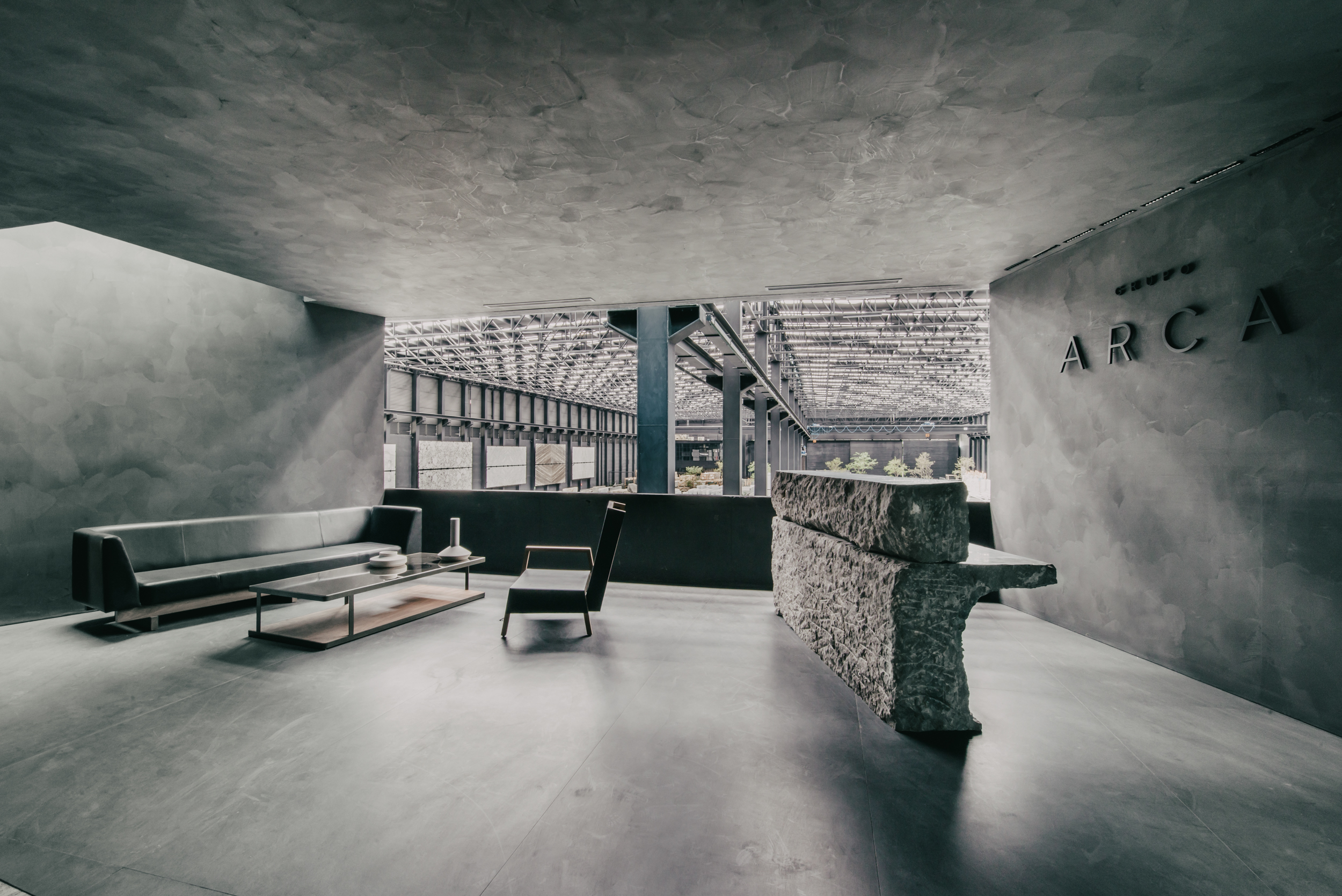 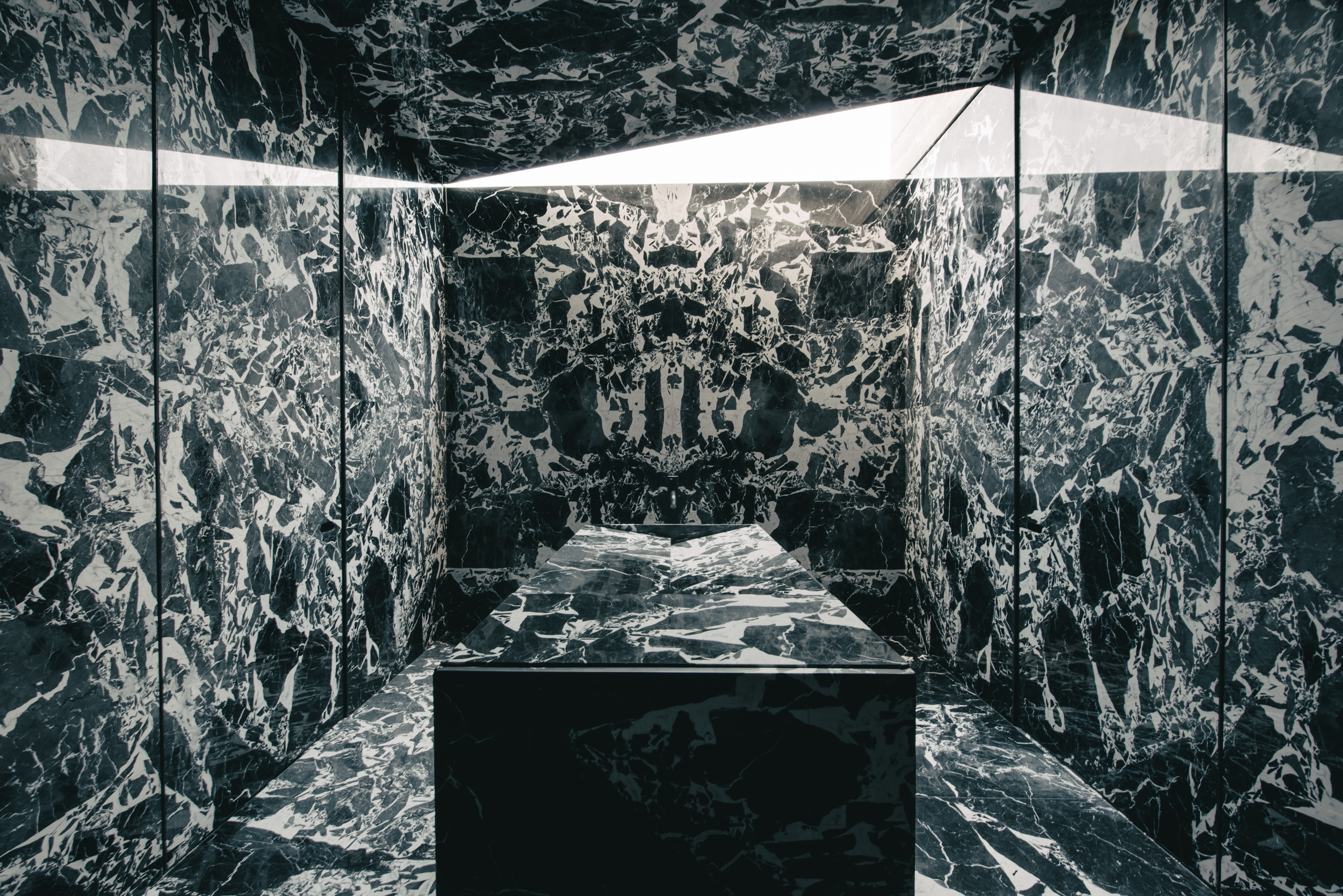 That explains why, more than a traditional showroom, Grupo Arca’s Guadalajara Design Centre looks more like a national pavilion at a timeless biennale. The quarry-like body runs around a central Agora, and also contains the aforementioned Design Centre, a cafeteria and a multipurpose room; a second volume is devoted to the warehouse and distribution centre.

The former operates much like a cultural centre. The opening exhibition for the project was Diathesis, a survey of Guadalajara’s most daring architectural projects; currently on display is German Pavilion, a visual tribute to Mies van der Rohe’s 1929 Barcelona marvel. So, beyond being a resource for the Mexico’s construction industry, as Esrawe explains, ‘it’s a place that also promotes the involvement in the construction of the cultural and creative expression of Mexico.’