‘Connexions’ by Charles Pétillon are inside, outside, and everywhere

To the child in every adult who has ever wept tragic tears over the sudden, heartbreaking loss of a balloon that soared away to the freedom of the open sky, Connexions by Sunbrella and Charles Pétillon makes a joyful reparation.

The installation, over four metres tall, is composed of ten round balloons of varying size and colour. Sewn together from the latest Sunbrella textiles, Connexions was displayed at Milan Design Week accompanied by a photo series depicting the adventures of the delightfully bouncy structure in different interior and exterior environments. 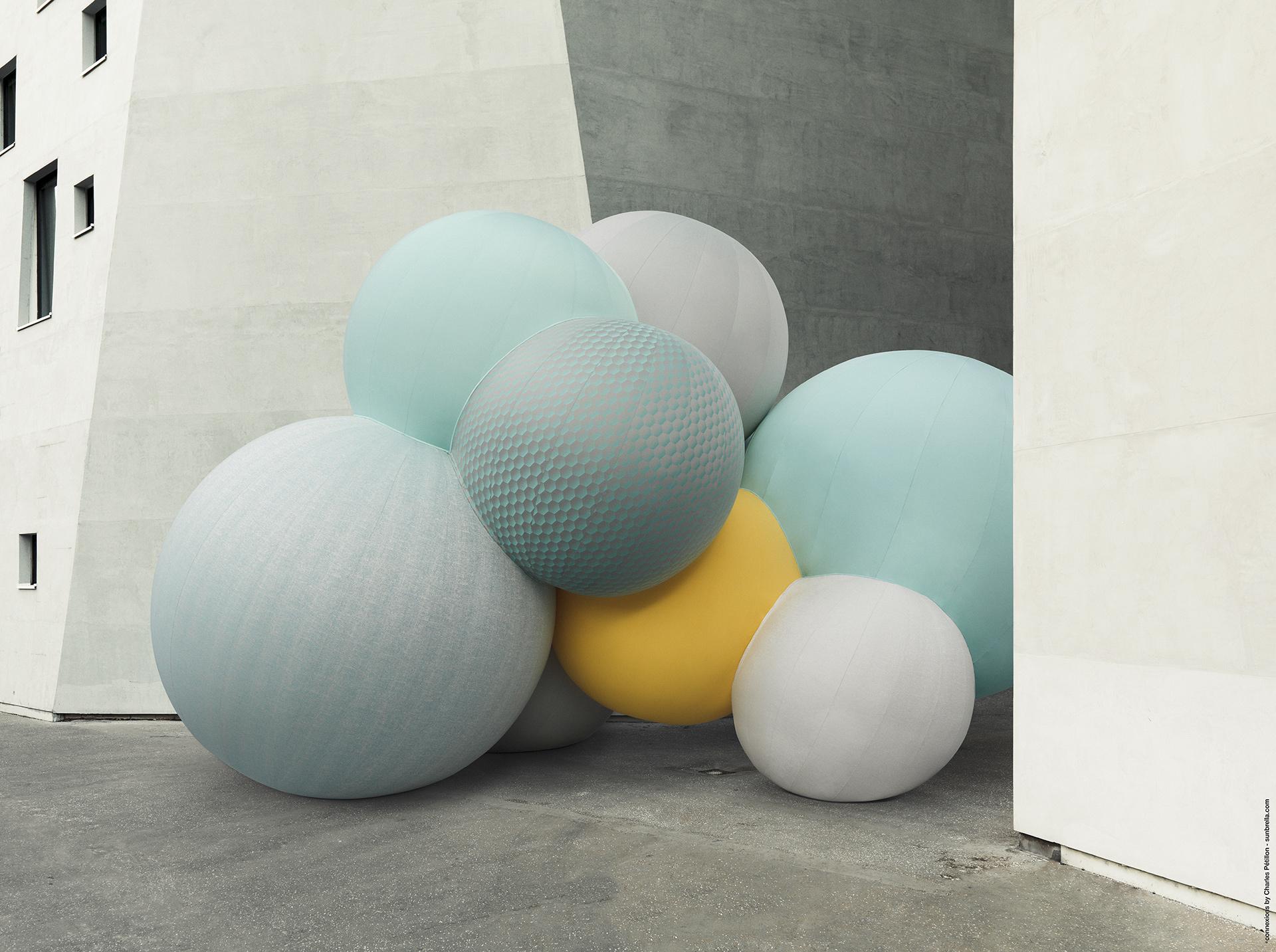 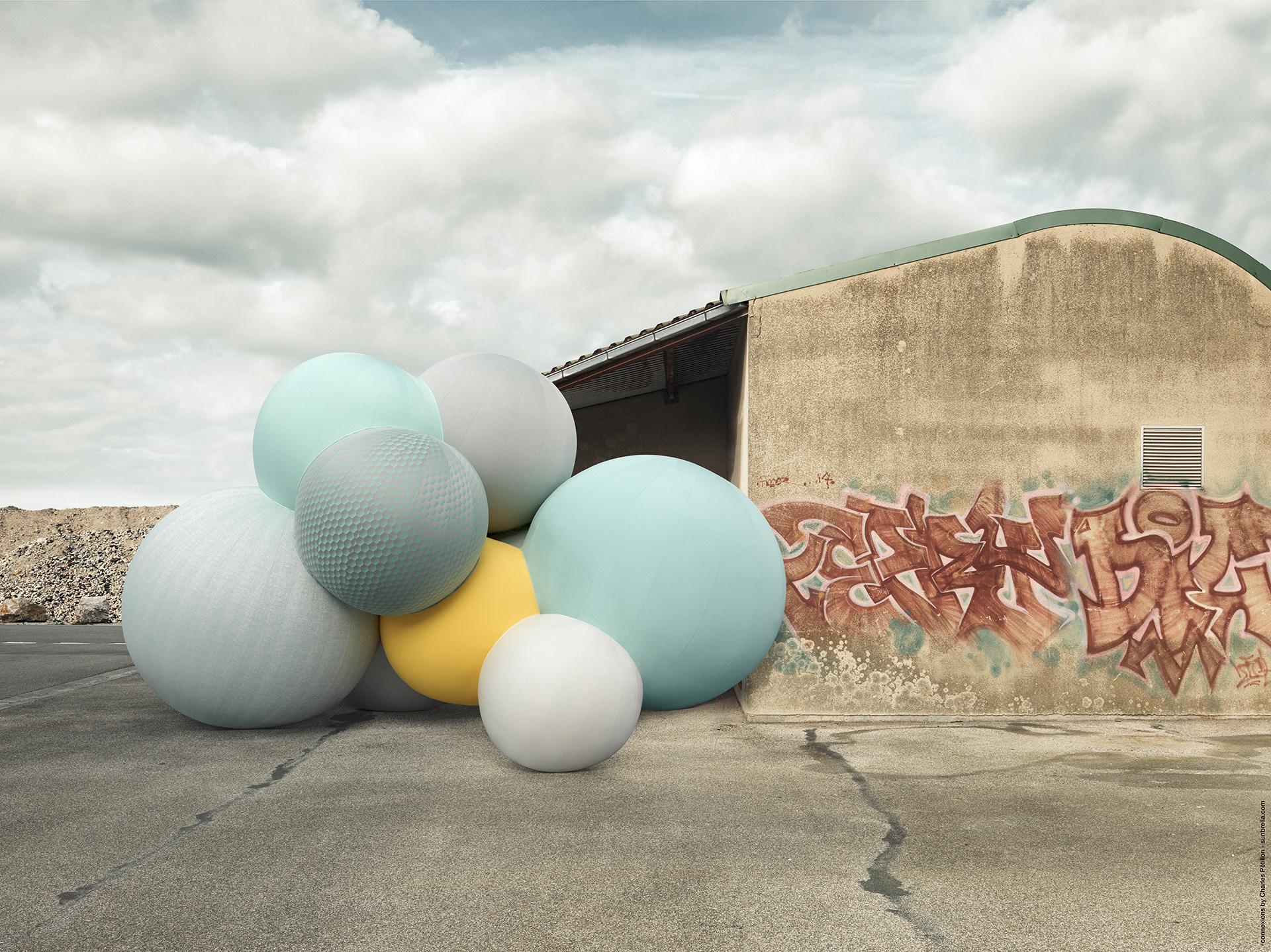 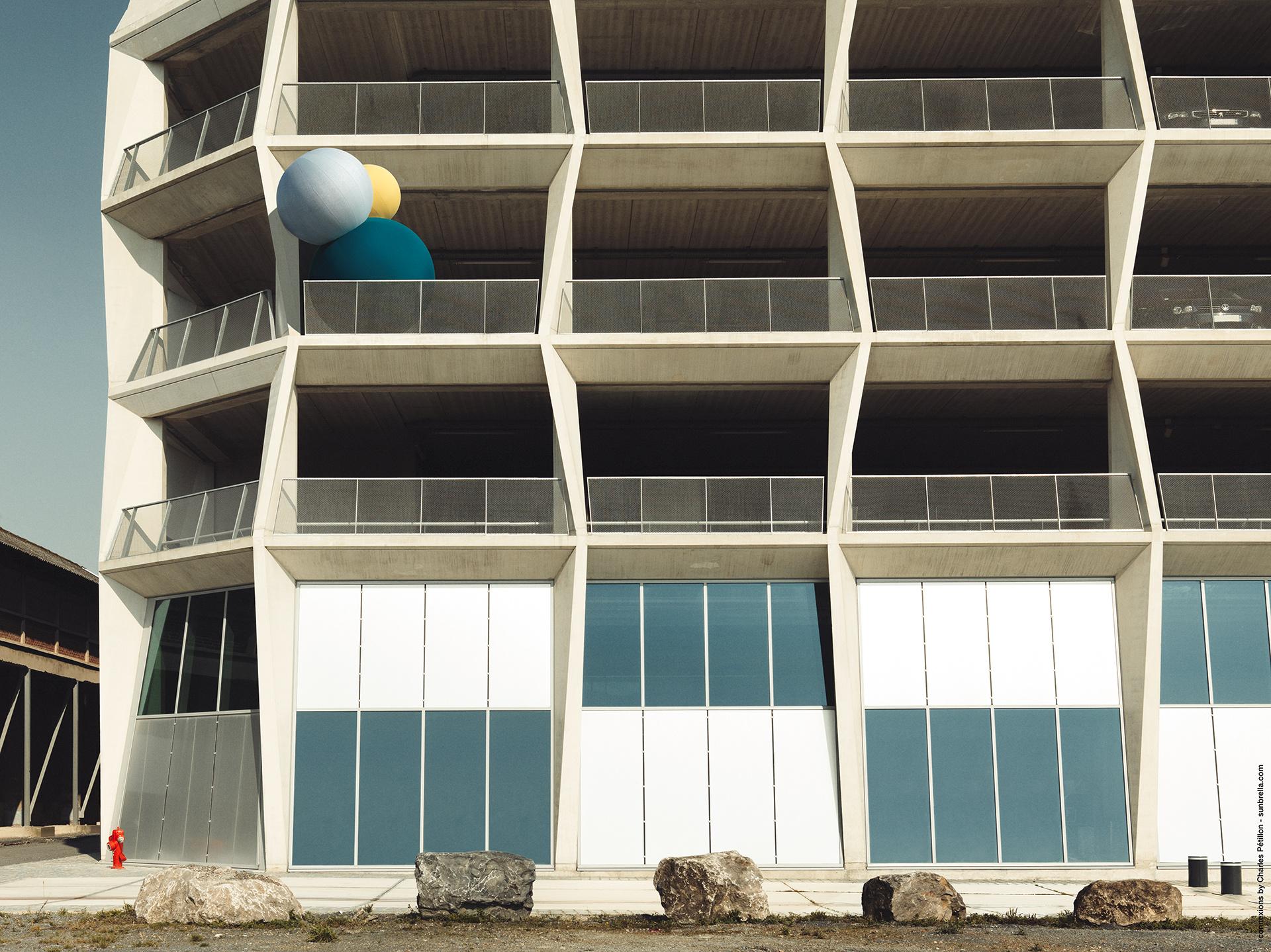 As part of the Super Studio Design, Sunbrella placed the installation in a black box that visitors could enter with the photographs displayed on the surrounding walls. 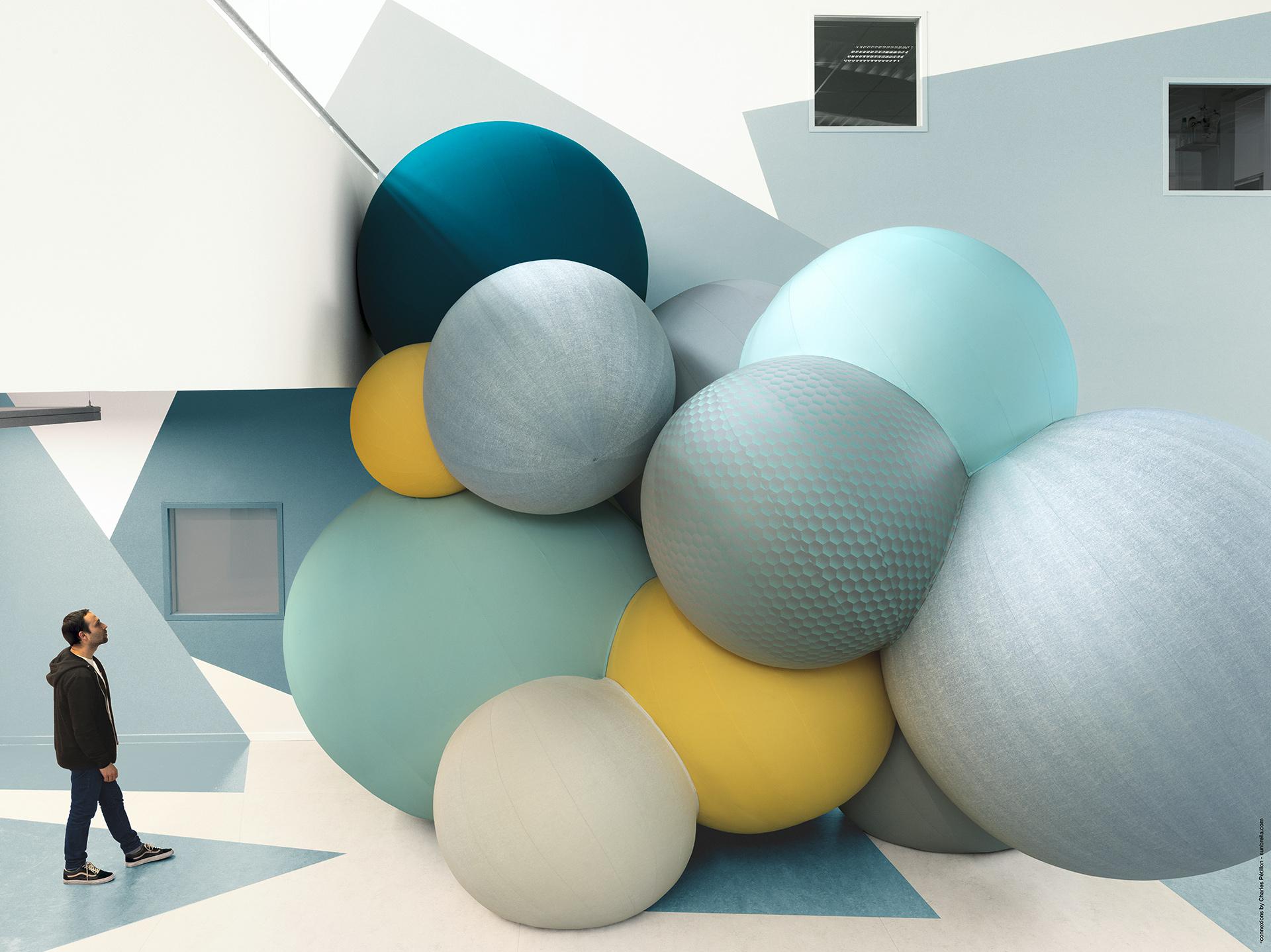 Now that the event is over however, the installation lives on in virtual reality thanks to an interactive website that allows anyone to create their own ‘connexion’ anywhere in the world. Using Google Street View, you can superimpose the structure in the Grand Canyon, outside the Hungarian parliament, or in a park in Japan, meshing the physical and digital realms. The virtual structure is surprisingly pliable, shrinking and growing in perspective according to your whim. As I zoom from Denmark to Dubai, it almost feels like the technological realization of a childhood fantasy – a magical journey around the world, traveling anywhere in a click of an instant, accompanied by a faithful balloon companion. 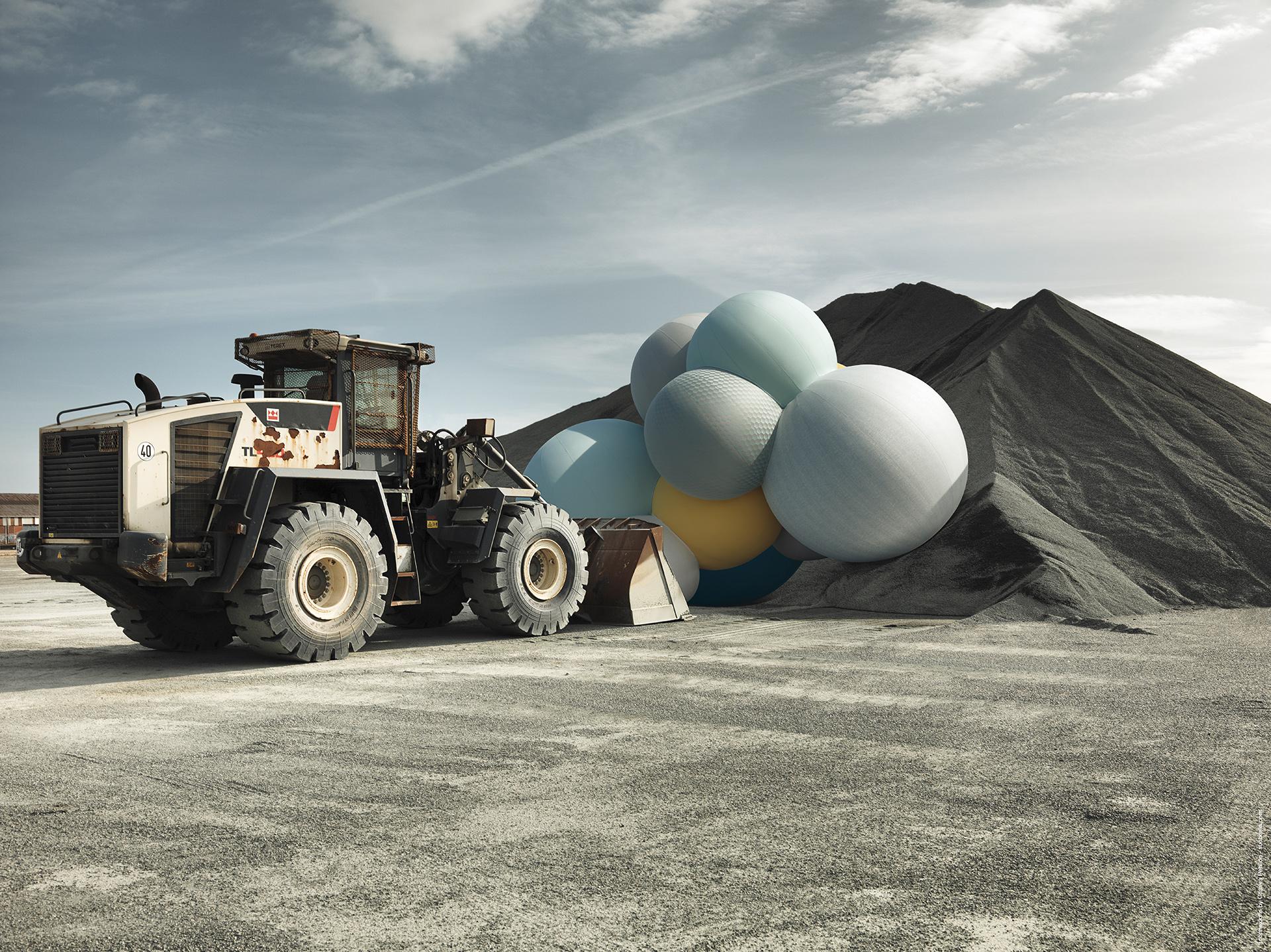 This is the first time Charles Pétillon has made his balloons so personal, so accessible. In 2015, he created a stunning balloon cloud formation over London’s Convent Garden that glowed with its own pulse, and his website contains multiple photography series of white balloons inhabiting beautiful but lonely environments.

Now that Pétillon is translating his art into a commercial project, he places his previously distant balloons into the hands of people around the world. The mobility of Connexions – able to be taken inside, outside, everywhere and anywhere – showcases perfectly the flexibility of Sunbrella’s fabrics. 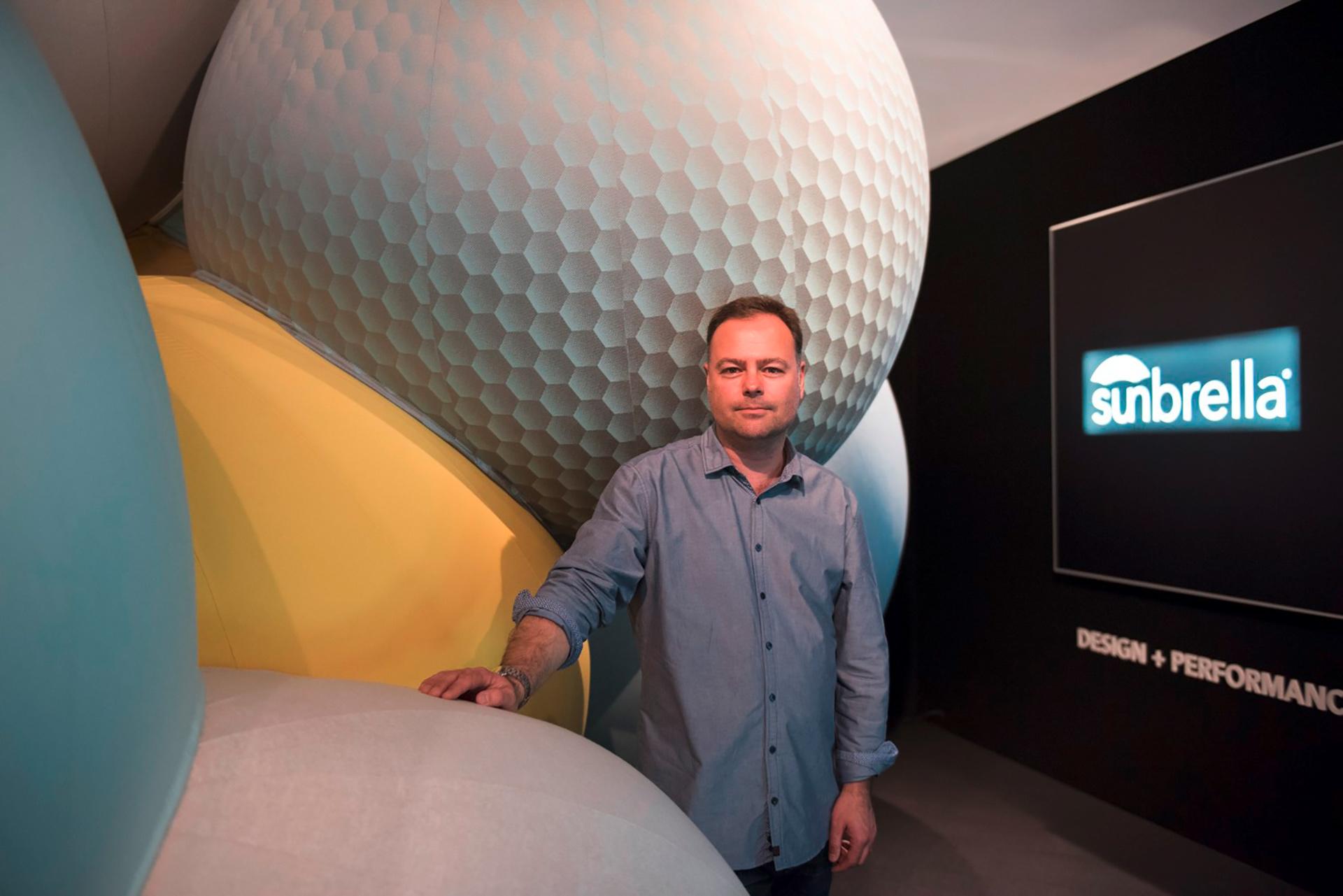 Charles Pétillon stands with his installation at Milan Design Week

Integrating performance and design to create high-quality textiles for both indoor and outdoor use, Sunbrella has been a leader in its field for over 50 years. Renowned for its technical advancements in the weaving and colouring of fibres, Sunbrella was the ideal partner for Pétillon to create Connexions around the world. 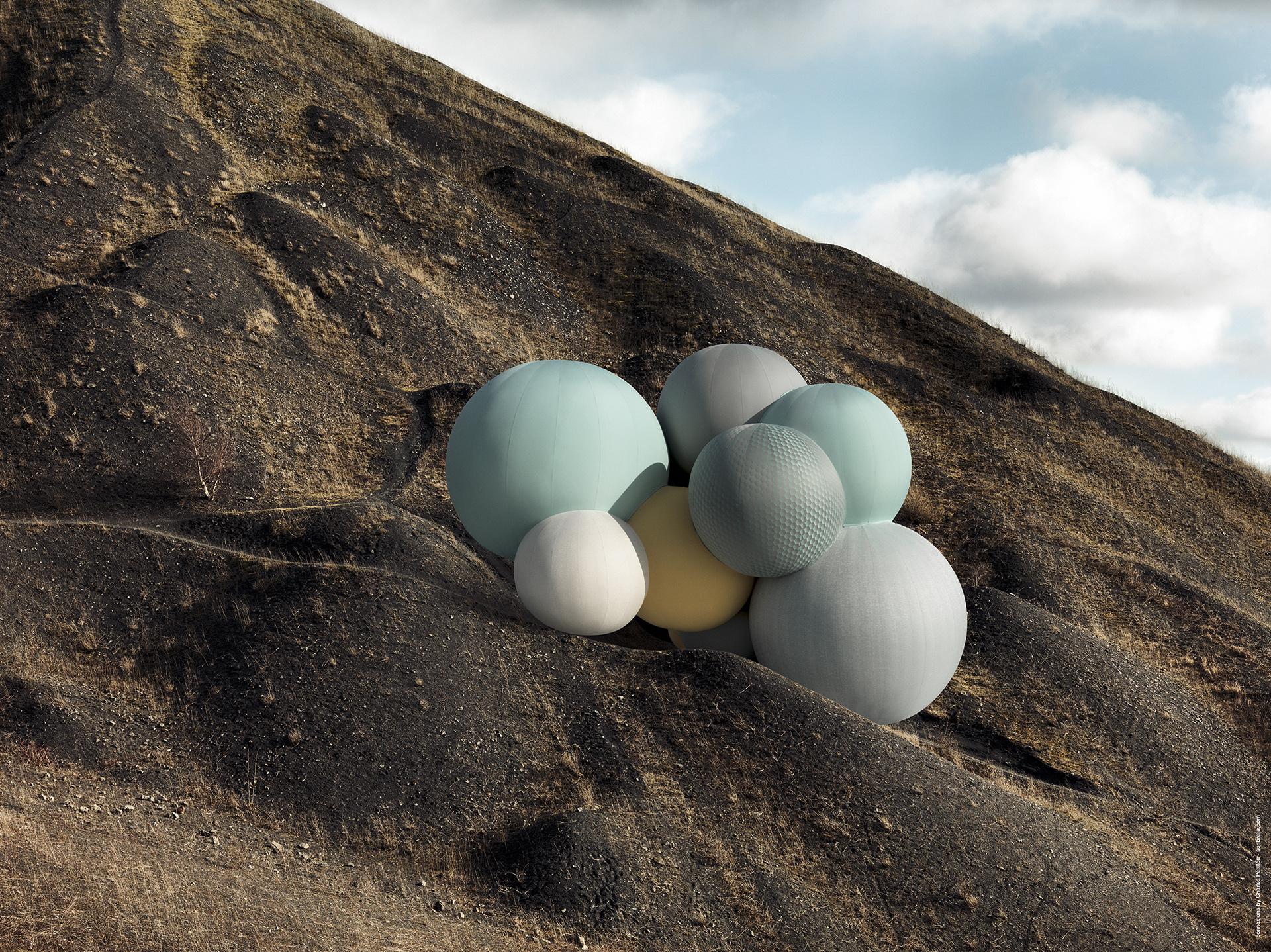