By way of Uniqlo, Tokyo comes to Amsterdam – and vice versa

One year ago, Japanese retailer Uniqlo found a new home in Barcelona, its first in Spain. In any other retail space in the city, stained glass and a Catalonian chandelier hanging proudly from the ceiling wouldn’t have posed any kind of aesthetic surprise. But as fixtures in a behemoth purveyor of minimalist, utility-conscious everyday wear, what kind of comment is the presence of Spanish grandeur in the dialogue surrounding the importation of global brands?

That hyper-locality is something they’ve continued exploring upon recently landing in the Dutch capital. One of the pillars in their strategy is smart product stocking: in northern Europe, products made with Heattech technology for cold-weather environments are their ticket in. But that also extends, much like in Barcelona, to easily decodable visual aspects: in the new Amsterdam store, origami figures in the colours of the national flag, shaped as windmills, unite Japanese and Dutch heritage. A big screen on the first floor is a mirror into daily life in Japan: it serves as a point of inspiration for consumers and represents Uniqlo’s goal of providing garments that withstand everyday needs. 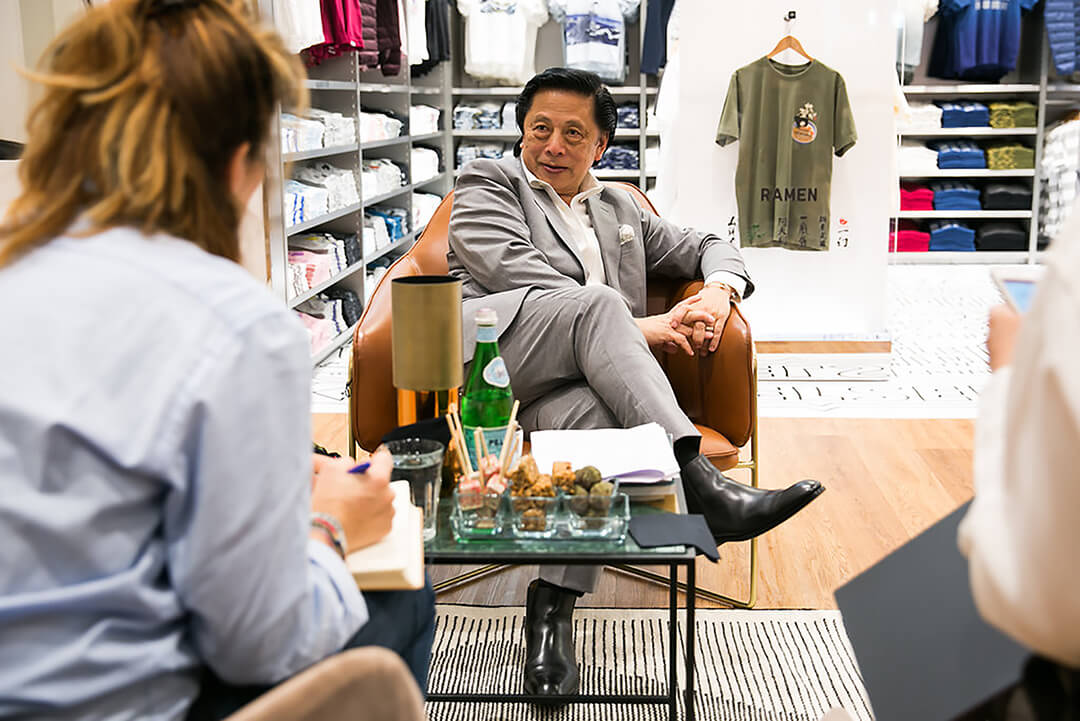 Uniqlo on Kalverstraat is a three-storey giant, bedecked with over 250 mannequins swathed in multiple layers, reflective of the sartorial climate precautions the Dutch undergo – it’s no wonder a VanMoof bike in one of the central stands is treated like a sculpture. The Amsterdam-based electric bike company is showcased as a parallel between Dutch pragmatism and Uniqlo’s innovative mind-set – perhaps foreshadowing collaborations to come. For John C. Jay, the president of global creative at Fast Retailing – Uniqlo’s parent company – this is all part of a larger orchestration.

How did you carry respect and empathy for local Dutch culture while working on the new Uniqlo in Amsterdam? You’ve credited the City Attack methodology you formulated as one of your proudest achievements while at Wieden + Kennedy, where you first worked with Uniqlo in 1999 on their fleece campaign.

JOHN C. JAY: It relates directly to what I do here, quite frankly. At my time in Wieden ­+ Kennedy, the very first job I did for Nike was the creation of the City Attack, a philosophy that asks to go deep, respecting the local culture. This is exactly what [Fast Retailing CEO] Tadashi Yanai is doing and what I’m doing for Uniqlo. It’s why we’re picking historical buildings around Europe for our retail locations, and it’s why he has been hammering culture, culture, culture into the management. Opening stores is simply a way of being engaged locally.

Before our opening, I had teams of people who worked for me previously that I sent here to connect with locals. We teamed together with natives to work together, and published books internally to share that knowledge with future staff members. You can’t come into cities thinking you’re all that with some superficial learning you might get from research. You have to get in there, be with the people and earn the respect. 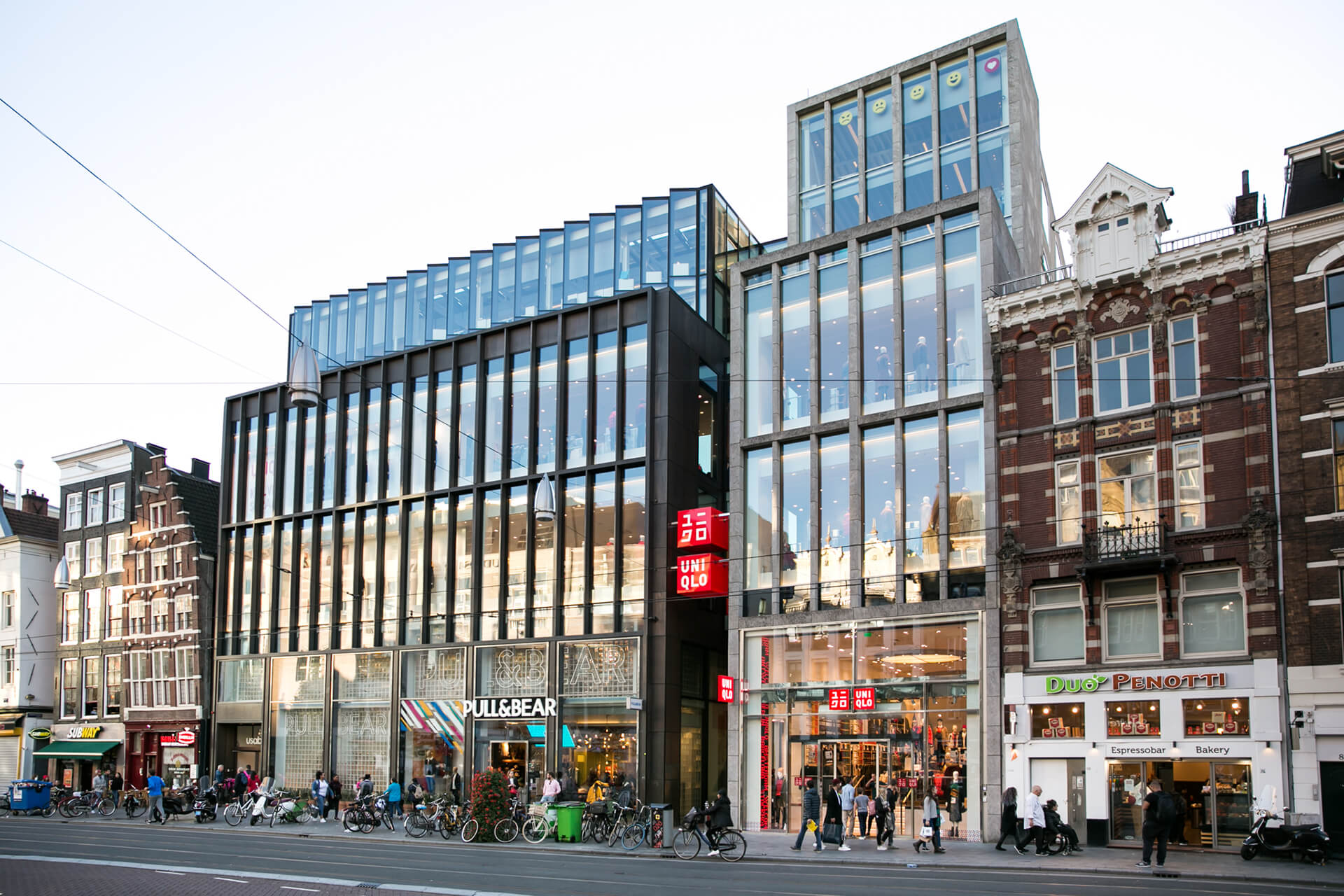 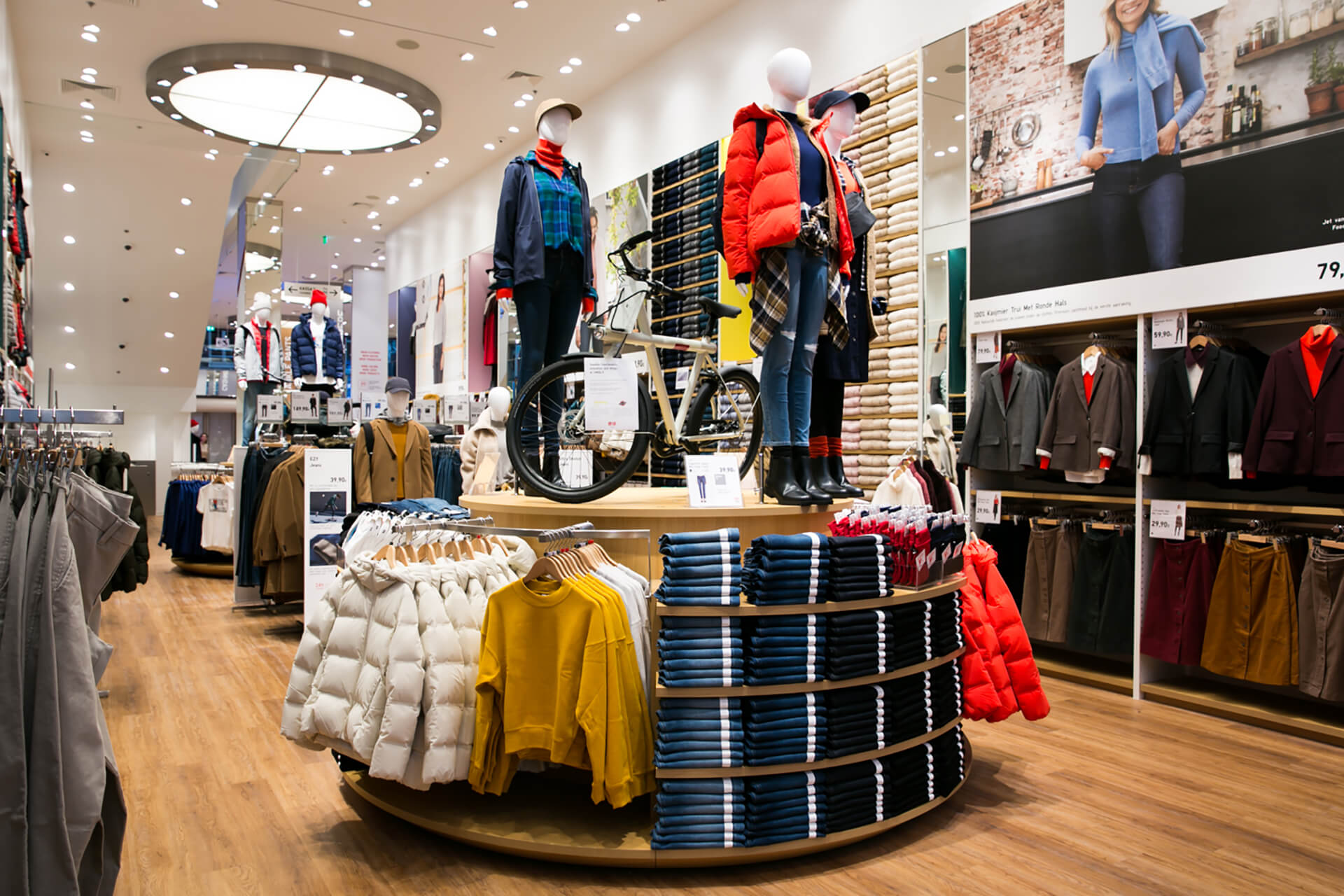 Before today’s opening, Dutch consumers had to purchase from the Belgian web shop. How did the data collection from these buyers influence executive decisions made when opening the Amsterdam store?

All of that was part of the learning, but none of it is going to be as good as opening the door, welcoming our new friends and having them come in – talking to them, having them try on the clothes and ask, ‘Oh, you don’t like that colour? Why?’

But there were certain things that were easy to understand: the weather, the seemingly five seasons in a day here, the casualness ­– there are 5.5 pairs of jeans per capita, or something like that. [Laughs]

The future of flagship stores? We’re in the midst of exploring what that formula looks like

Dutch consumers are notoriously tech-savvy. How are you incorporating technologies into the store to create a personalised client experience?

We are in the midst of redefining what a flagship store is. A flagship store in the very near future is obviously going to be brick-and-mortar and virtual. Everything that we make is about comfort – we want to create an experience for the customer that makes shopping easier. On the other hand, they enjoy stores. That’s where you can tell your story the best, where you can have human beings interact with you. Clearly the future of flagship stores is in that blend of technology and e-commerce, the architecture and the physical design of the space. What that formula exactly looks like ­– we’re in the midst of exploring that. 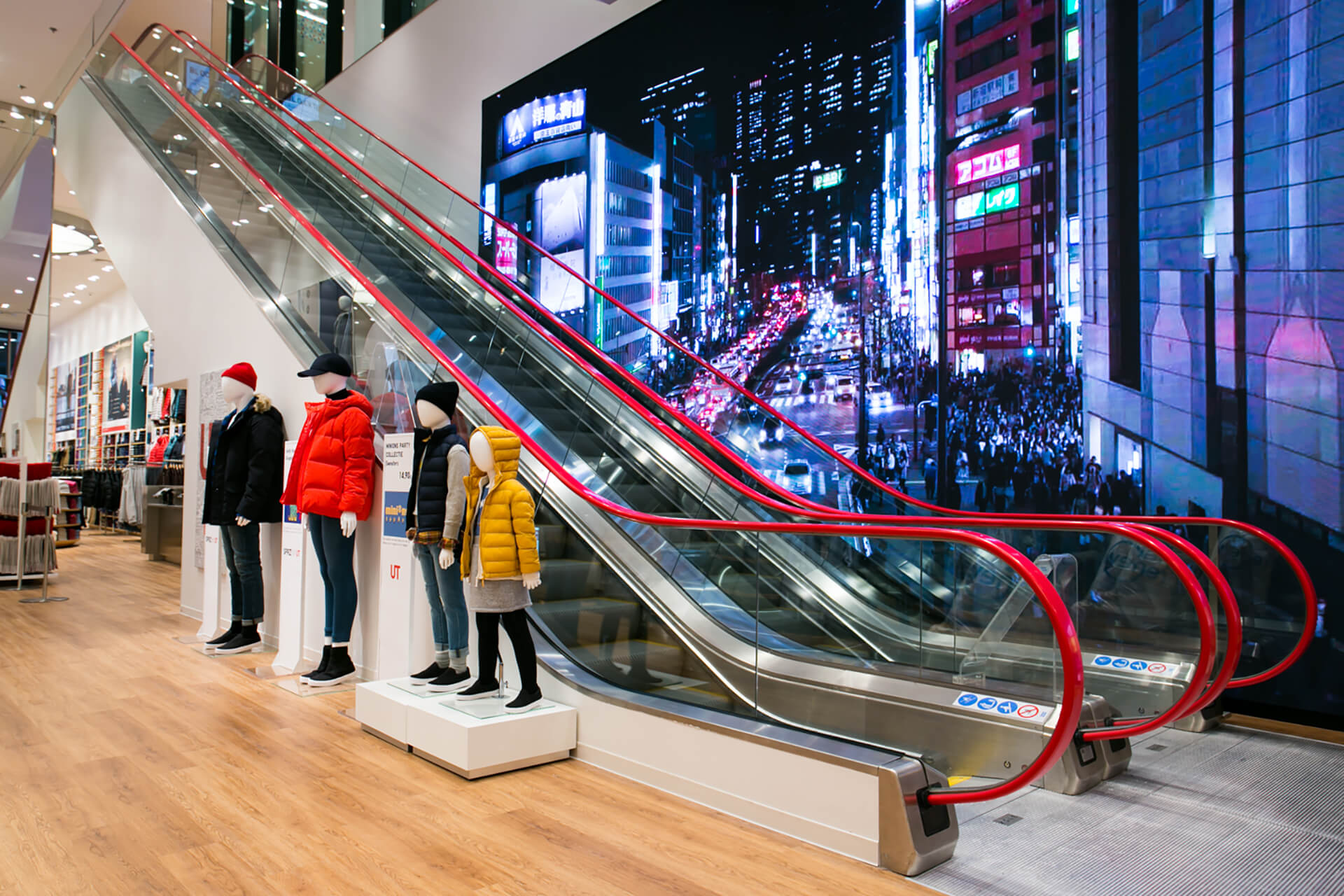 What are the particular market demands of Amsterdam, this fearless bike-riding place?

How does this continuing globalisation of the brand provide creative capital and set a narrative for moving forward?

As much as we want to inspire you, we want to be inspired in return. Recently, we did a pop-up store in Honolulu. With these openings, you have to think about the culture, the product that could be affected by that culture.

All of the places that we work in around the world are going to have some added value for us in terms of thinking of product, of new categories. We asked ‘What could come out of Amsterdam, this fearless bike-riding place’? Denim, overcoats, sweaters – we’re very good at this business ­– but what are the particular demands of this market, aesthetically, practically, historically? How can it make our product better for everyone, not just making stuff that’s relevant here? That’s what we’re anxious to learn here.

The Uniqlo City creative workspace opened last year in Tokyo. What is the library’s functionality?

The creative library with an adjoining café is our way of opening the world for our people. I made sure that the collection of books included both new and out-of-print vintage books on design, fashion, photography, architecture and art. I started the library by picking my favourite books in my own personal collection – the John C. Jay section of the library.  While Tokyo is very international, it still remains a city on an island, and that can offer some barriers to the outside world. This library is an important connection to a deeper knowledge and insight of cultures and creativity.

People forget that the first role of design is to solve a problem, not just add things 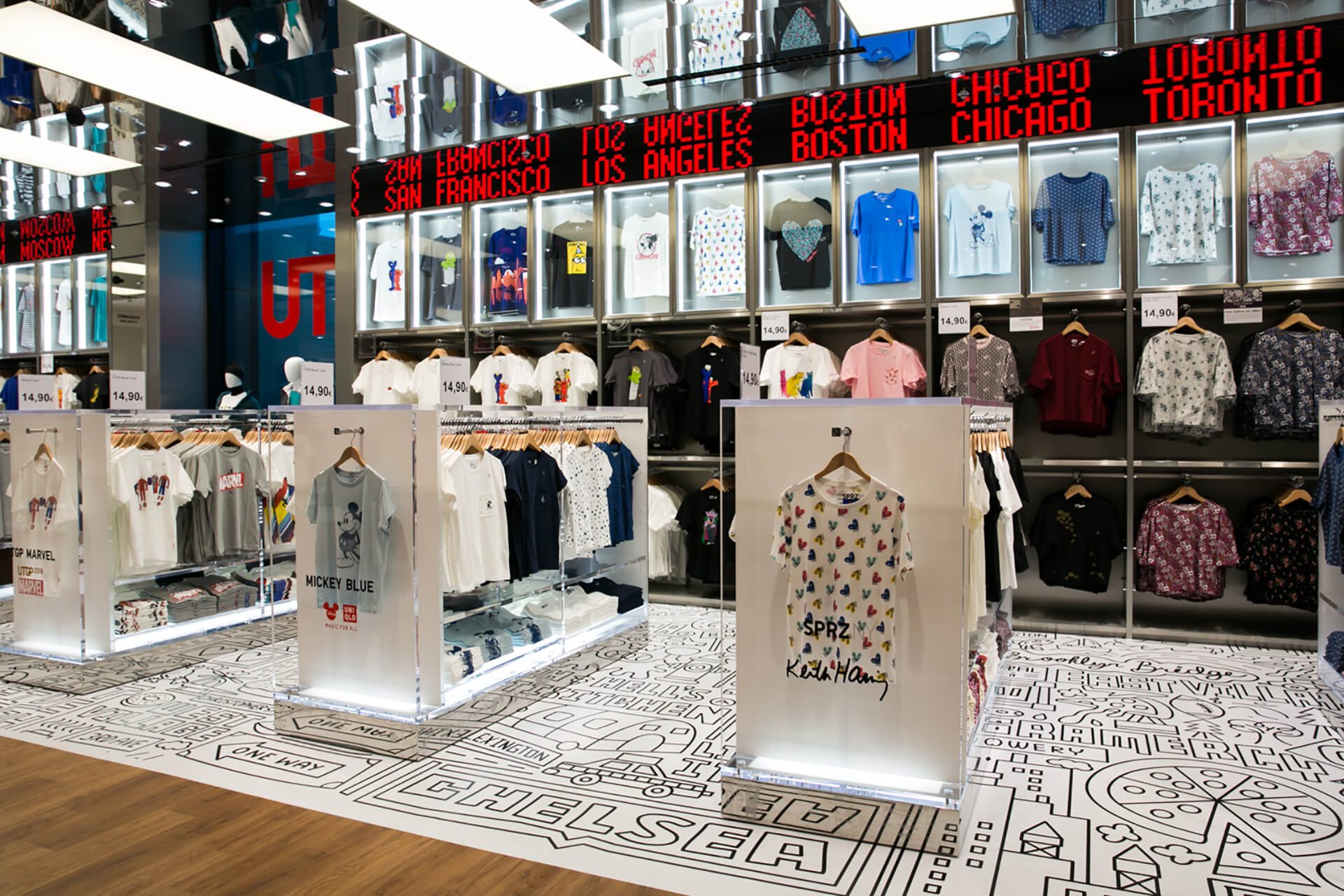 We’ve talked a lot about changing technologies and creative evolution. What should be in the back of our minds as the role of retail design changes?

There’s a zeitgeist now relating to what people consider to be valuable in their life, what’s quality, what’s that quality experience? What things do you actually need to own? We fit right in to that zeitgeist. We’re at the crossroads of that: the sweet spot is right in front of us.

People forget that the first role of design is to solve a problem, not just add things. We’re here to solve problems – all of us.

This interview has been condensed and edited for clarity.