At this burger joint in Barcelona, the colour palette is medium rare

Fresh off their feature in our new hospitality book, Night Fever 6, Barcelona-based studio AMOO is now presenting their most recent restaurant project: a burger joint called Folks, located in a renovated space that used to house a Lebanese food spot.

Aureli Mora and Omar Ornaque, the architects behind AMOO, designed all of  the furniture and objects used in the space, from the stools and tables to the wall lighting. The purpose was twofold: first, they wanted to use spruce plywood to infuse some warmth into the bar; second, they wanted potential patrons to see red – that is, to turn the restaurant’s branding into an immediately recognisable spatial element. 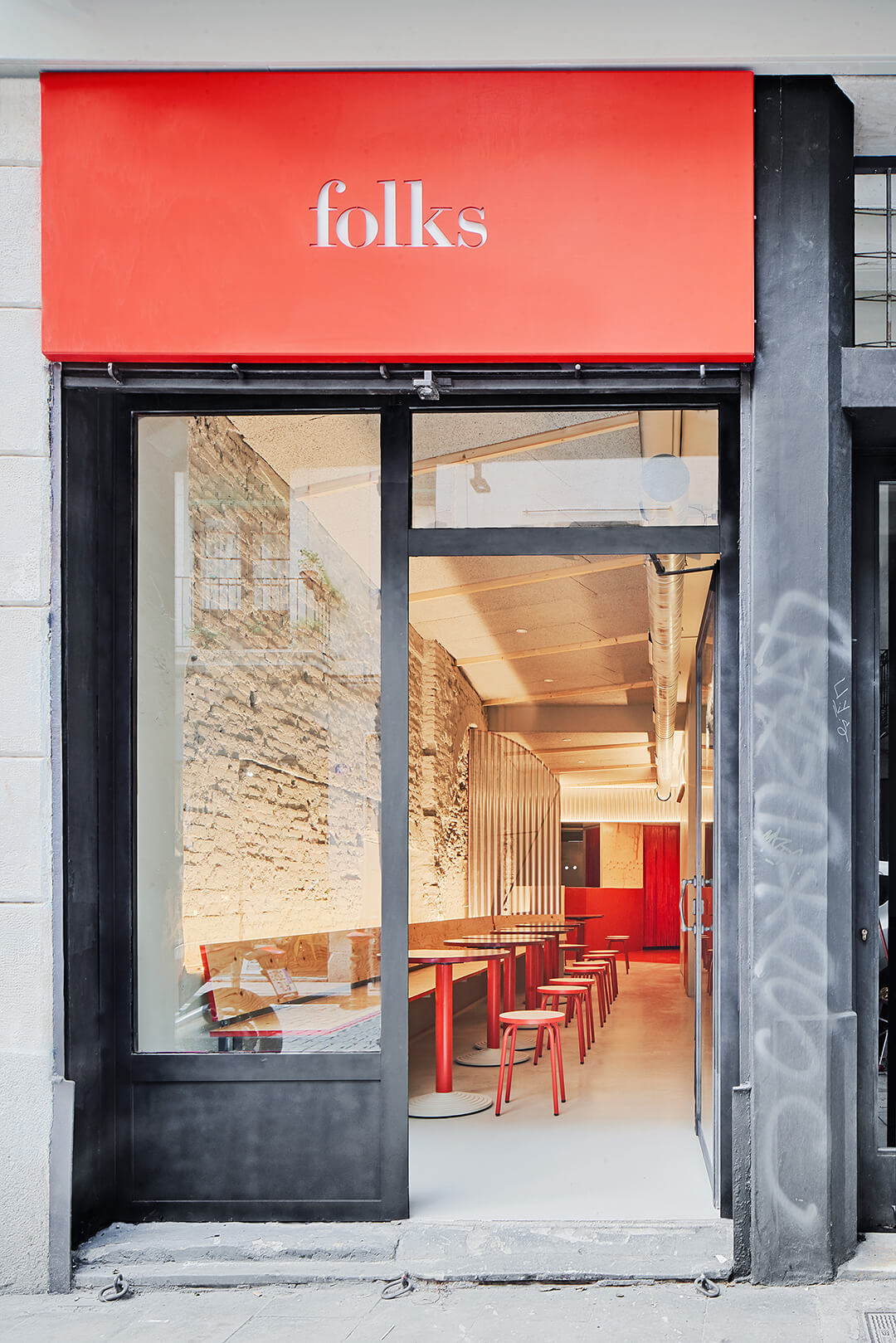 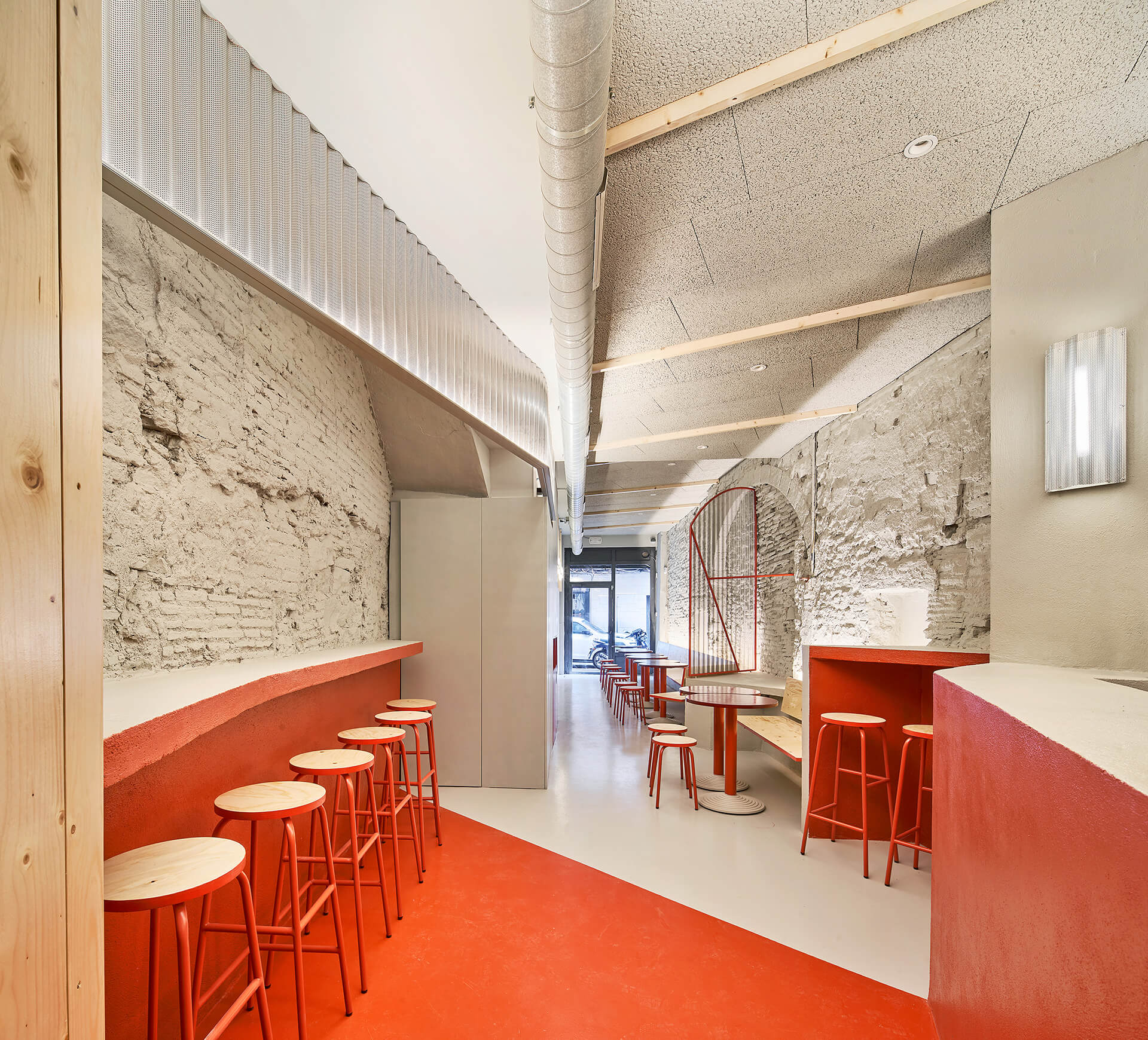 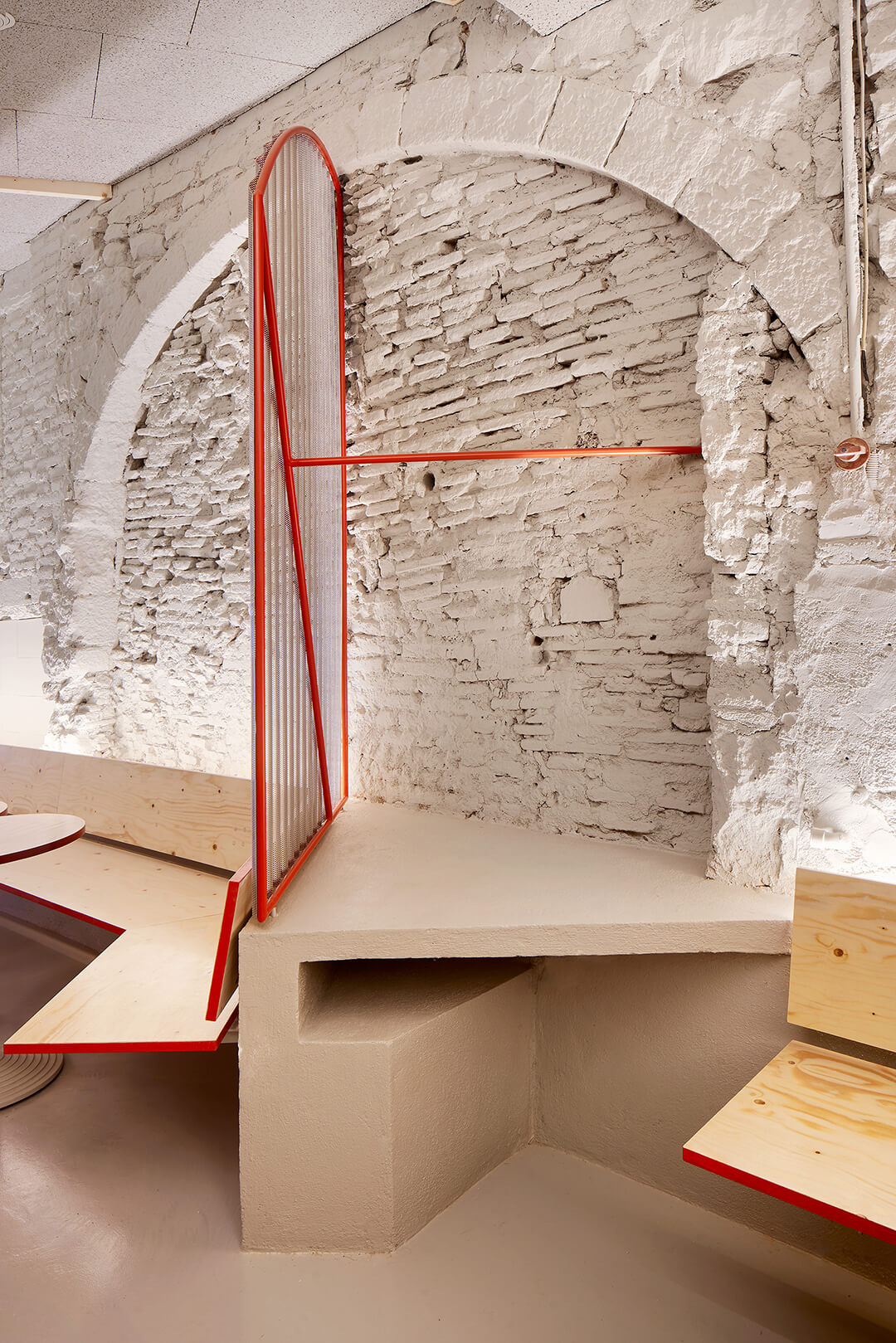 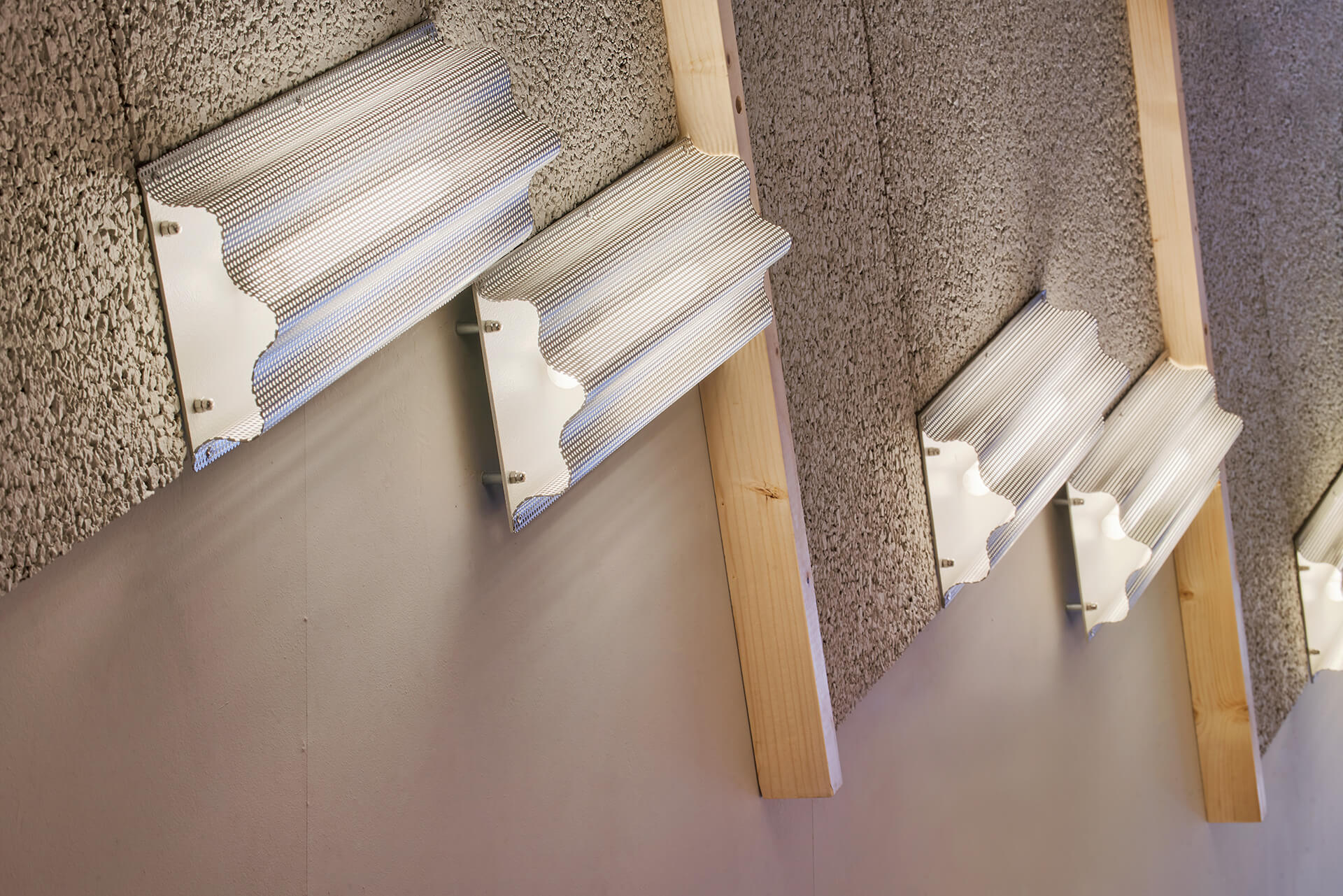 But there was a third, more important purpose behind this: under Mora and Ornaque's supervision, the restaurant's owner was able to build 70 per cent of the furniture used – something quite surprising, as he had no previous cabinetmaking experience.

As a direct contrast to the bright-red bar and seating, the duo used silk-grey tones on the walls, the masonry and plasterboards.

The result is an integrated architecture-furniture proposal that makes a smart and on-brand use of the limited area of the 19th-century tube-like space, low ceilings and all.