Art is ready for the world of apps with Sigrid Calon

If Michelangelo were to paint the ceiling of the Sistine Chapel in 2018, he would probably forget about the frescoes in favour of a more up-to-date technique. He might even use a bespoke app and cutting-edge LED technology, as Sigrid Calon does in Triangular Grid, the one-of-a-kind calendar ceiling of the Kalverpassage that is angling to be the new shopping-cum-modern-art destination in Amsterdam. 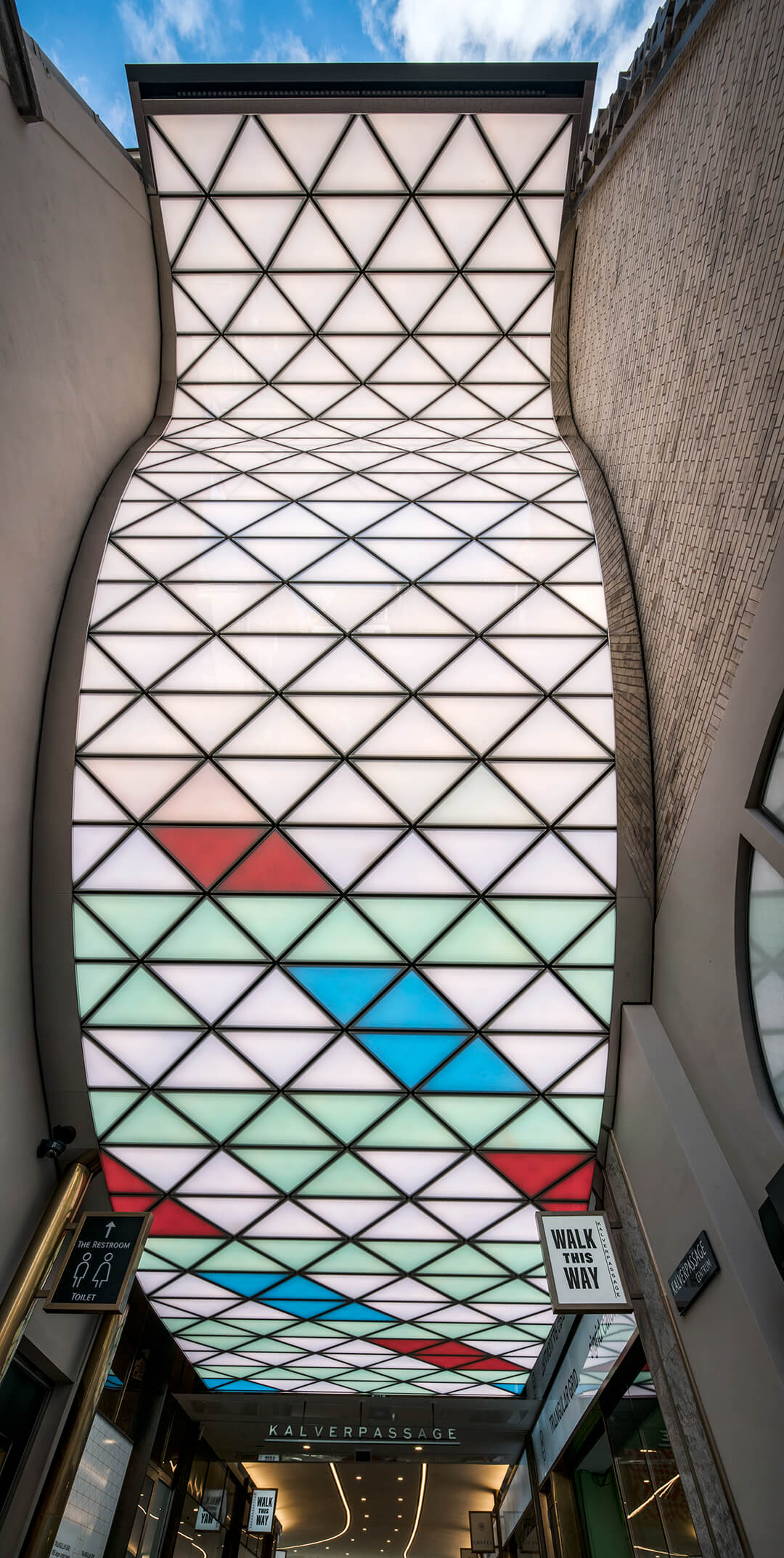 Launched this month by real estate investor and developer Kroonenberg Groep, Calon’s LED ceiling lights up the city’s shopping district between Kalverstraat and the Heiligeweg. The visual artist uses an app she developed with Naivi founder Coen Klösters to generate a digital palette of 364 colours and 52 white tones: one colour for each day of the year and one white for each week. Every minute reveals new patterns with the triangular LED panels, as the colours of the day are rearranged according to a complex mathematical formula. The essence of beauty is its transience, but visitors can take home a piece of Triangular Grid in the form of limited-edition scarves, a coffee-table book and other items in Sigrid Calon’s pop-up art store there. 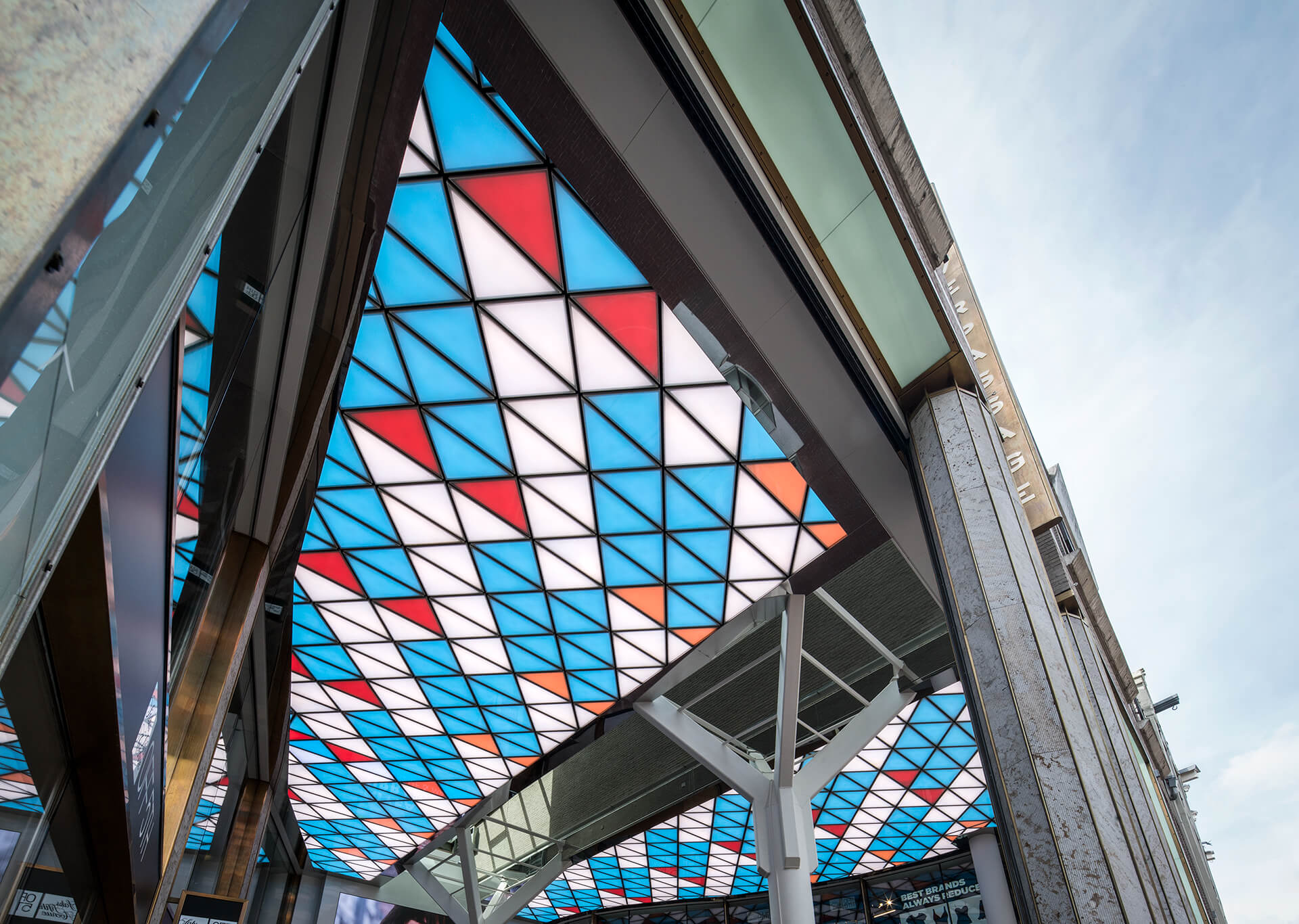 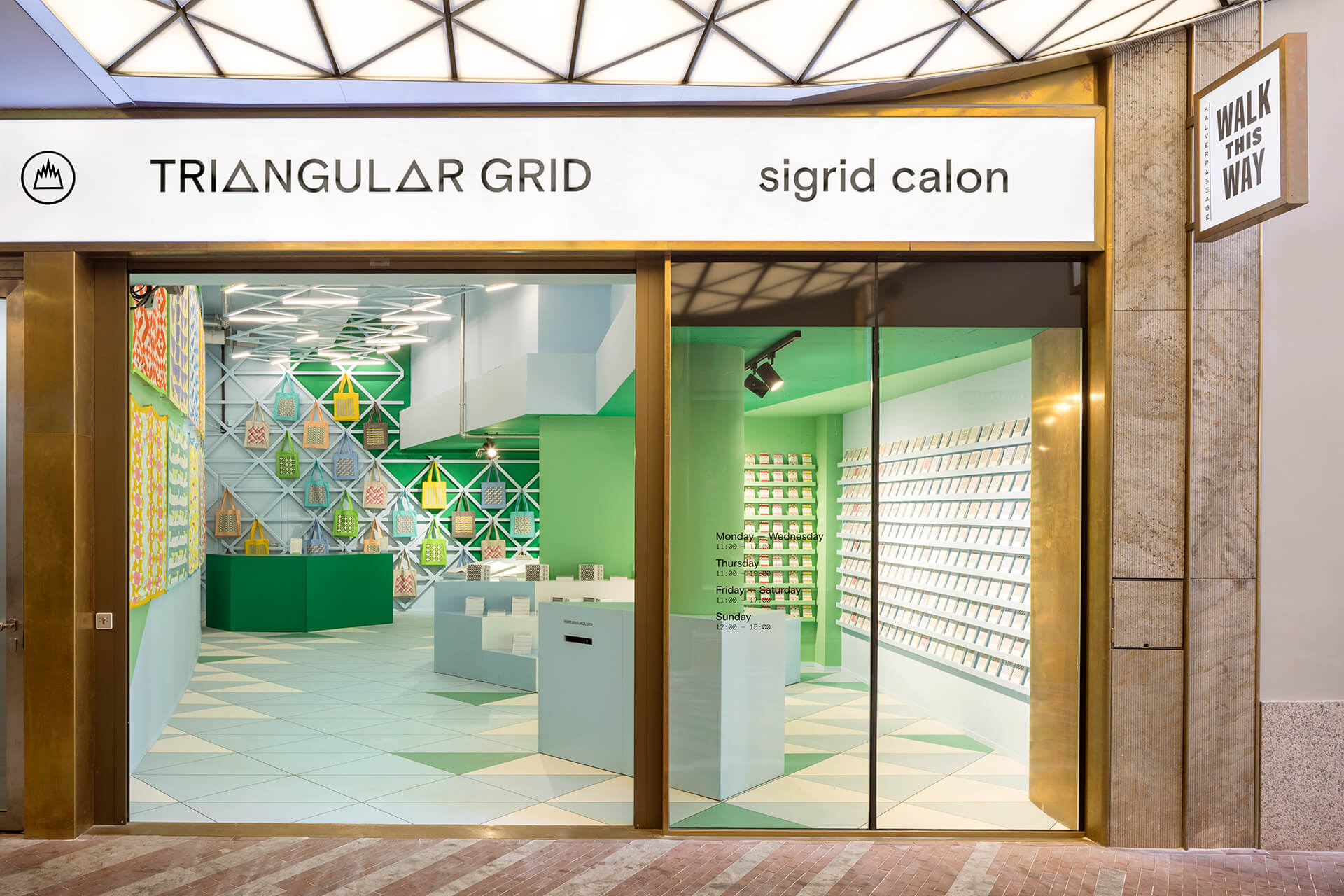 Also housed in the Kalverpassage are works by artists such as Ai Weiwei, Ichwan Noor and Maarten Baas. Conceptual artist and political activist Ai contributes the structural installation Forever, celebrating the disruptive power of bicycles in a world of climate change concerns and environmentalism. Resonating with the Dutch love for the two-wheeled vehicle, six Forever-brand bicycles are disassembled and reassembled in a new functionality of nostalgia for the once-ubiquitous bicycles of Shanghai, now increasingly replaced by motorcycles and cars. 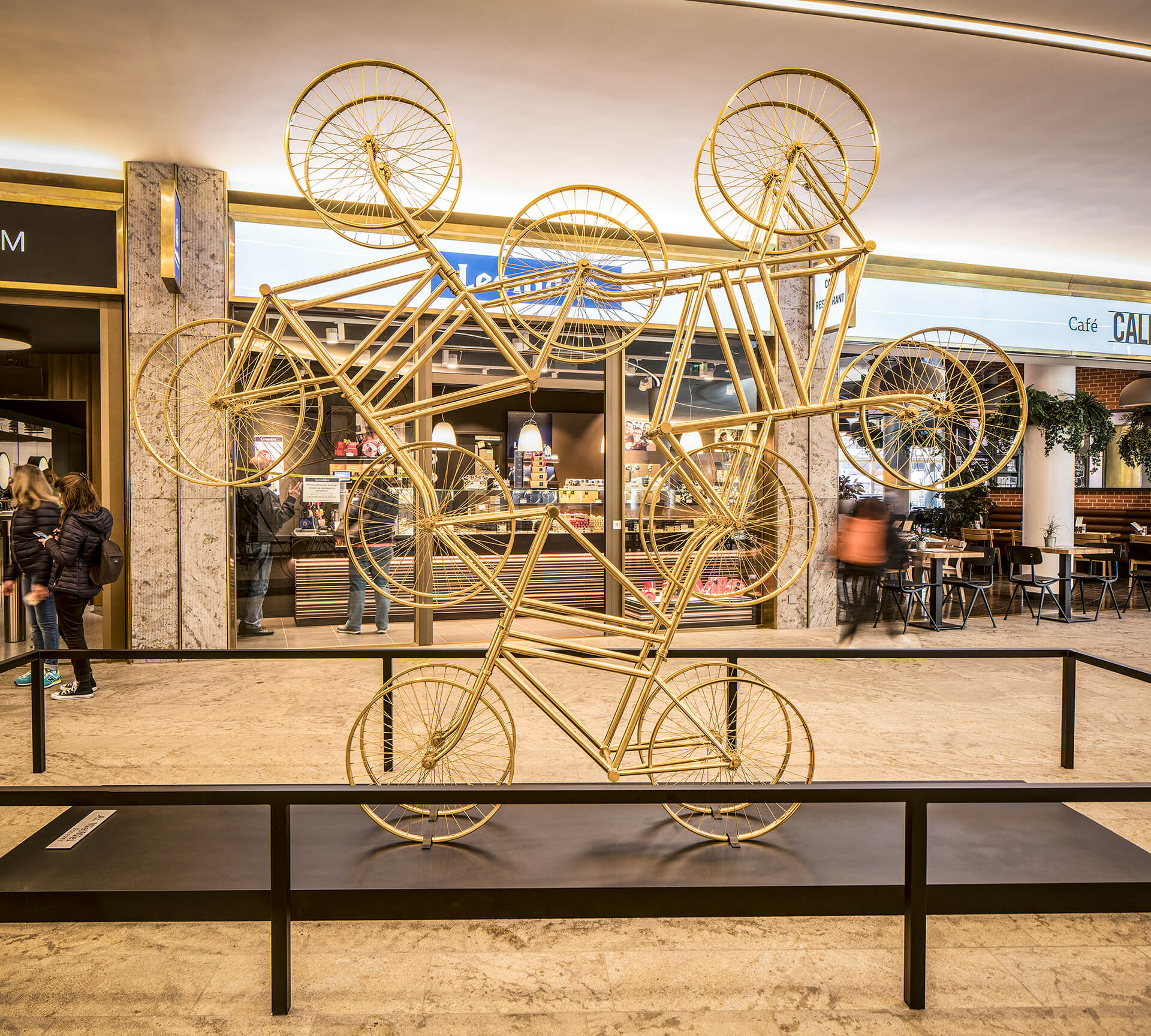 Building on the theme of mobility and human progress, Indonesian sculptor Ichwan Noor contributes one of his famous Beetle Sphere sculptures to the passage. These cast-aluminium pieces have the appearance of an iconic Volkswagen Beetle that has been scrunched into a ball, or perhaps rolled by a giant mechanical dung beetle. To Noor, our immediate recognition of the familiar vehicle – in spite of its deformation – is evidence of a kind of ghost in the machine, an emergent spiritual meaning or identity. 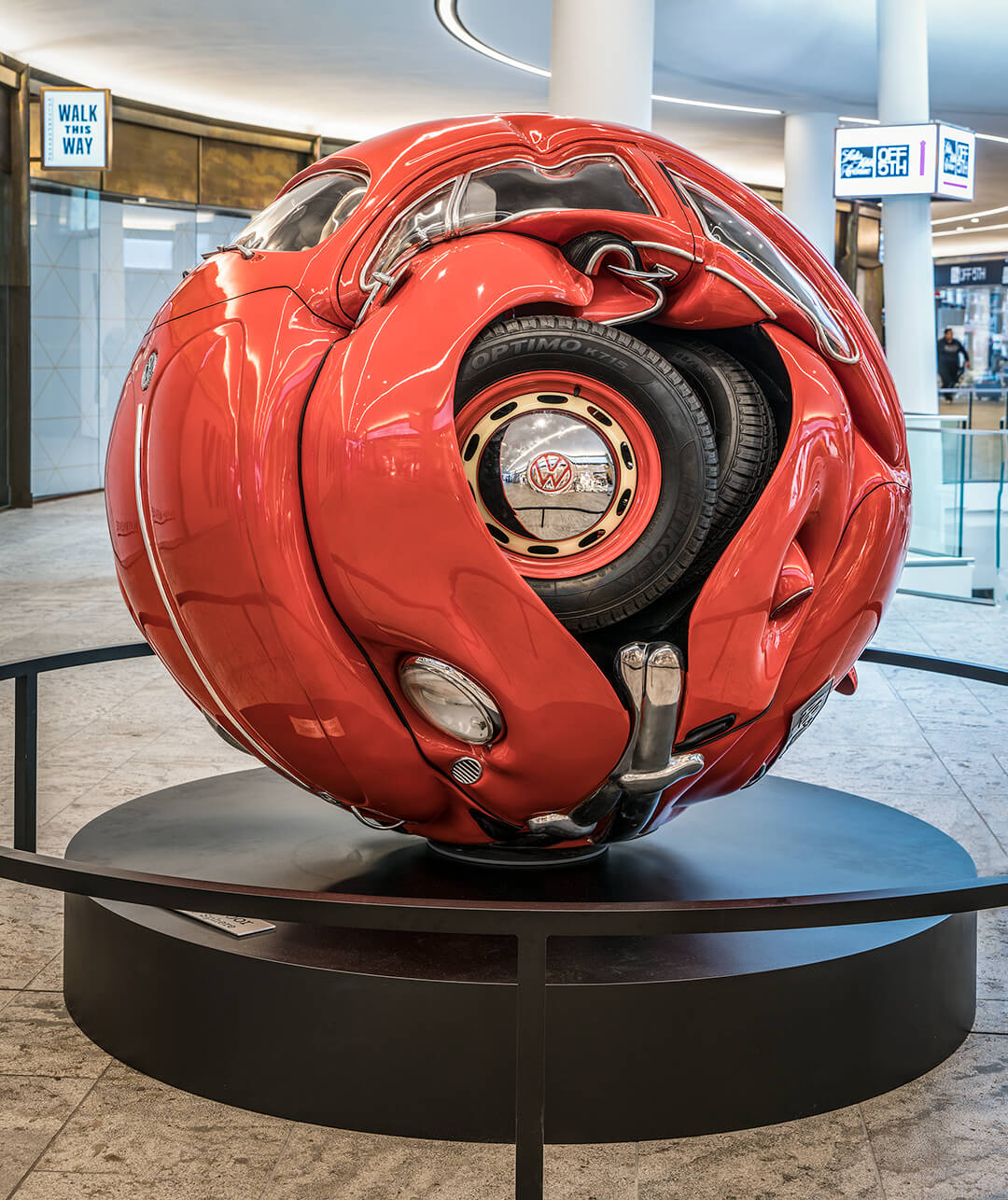 The tension between physical form and a socially imbued significance is also examined by Maarten Baas in Analog Digital Clock, one of the Dutch designer’s series of performative clocks which combines theatre, art, film and design. Behind a commonplace clock face – whether traditionally analogue or blinkingly digital – the ghostly form of the artist can be seen moving the clock hands or erasing and reshaping the numbers, as though manually updating the device. It’s a mildly unsettling work, which visually confronts us with the inexorable trap of time, deadlines, and the machinery that controls our lives. 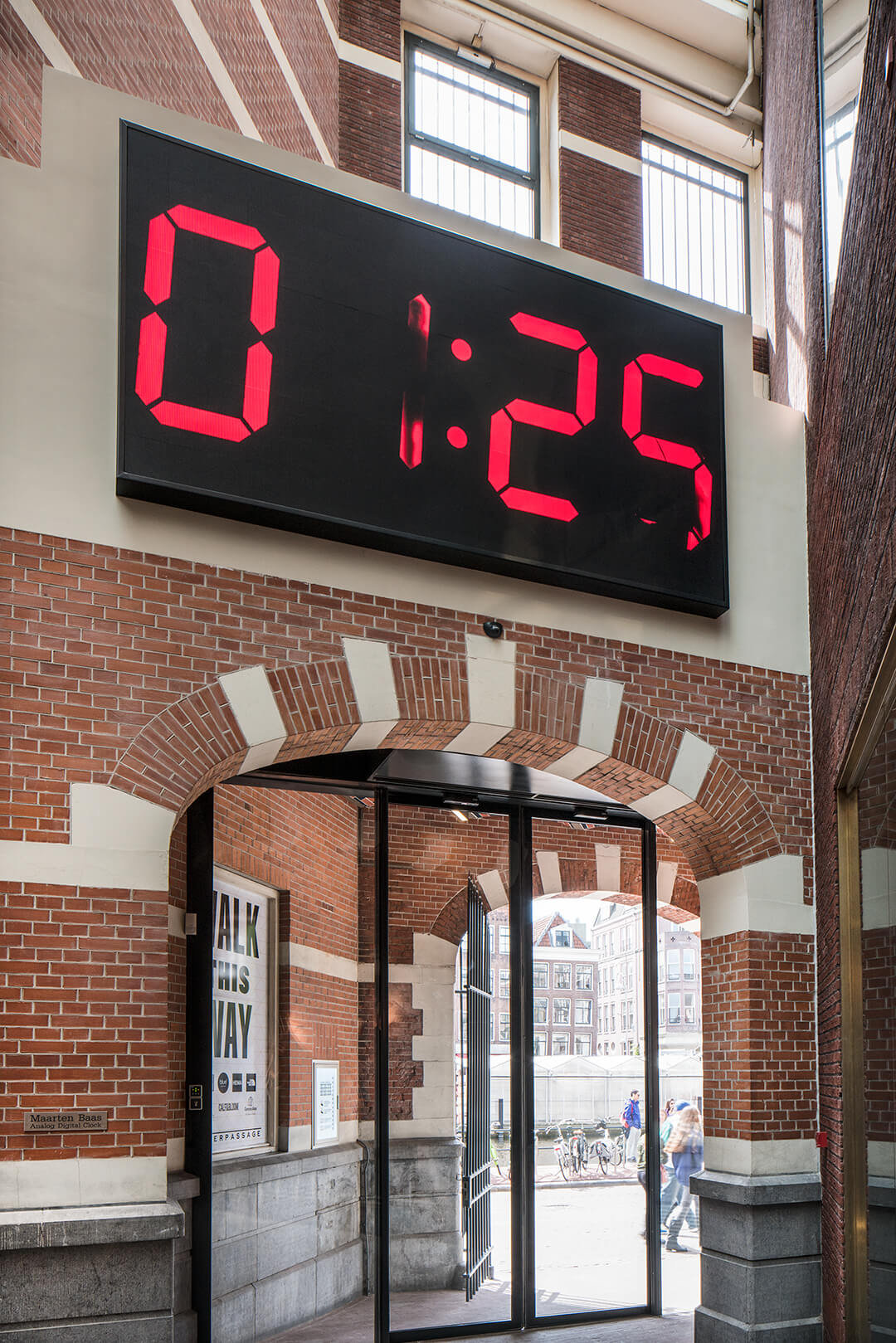 Explore the art of the Kalverpassage in the city centre and take home some pieces of your own at the pop-up shop.