PARIS – A social housing project in Boulogne-Billancourt by Antonini Darmon Architectes uses the rich language of classical architecture to create a palace for its inhabitants. 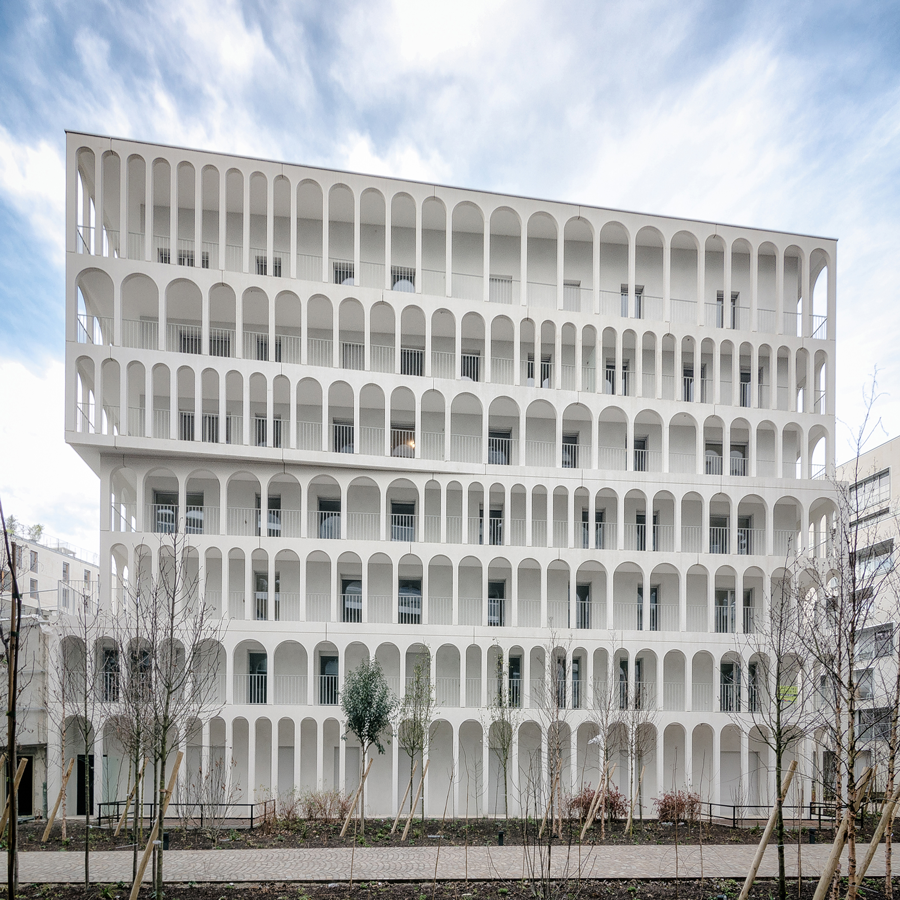 The modern reinterpretation of Giovanni Guerrini’s 1940 Palazzo della Civiltà Italiana in Rome is a welcome addition to the western suburbs, which was once the home of the famous Renault factory.   If the aim was to devise a building with nothing more important than the occupant in mind, then Antonini Darmon succeeded. The façade consists of simple geometric arches which are not only an aesthetic decision, but – in the social spirit of the practice – also manage important features of a well-balanced housing block: bright, spacious and private. 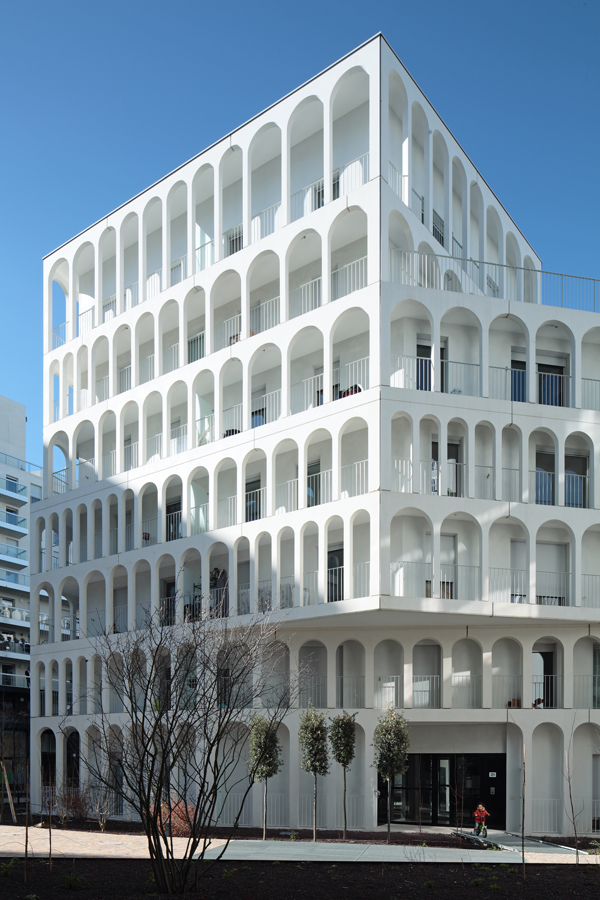 The windows themselves are moderate in size, but through the addition of high arches which wrap themselves around the rectangular volume like a second skin, they gain a certain grandesse. The arches also generate an outside space of elongated balconies, further adding to the appeal of the structure. The width of these becomes narrower to the north to ensure sufficient illumination, while the arches to the south, west and east provide shade during hot summer months. 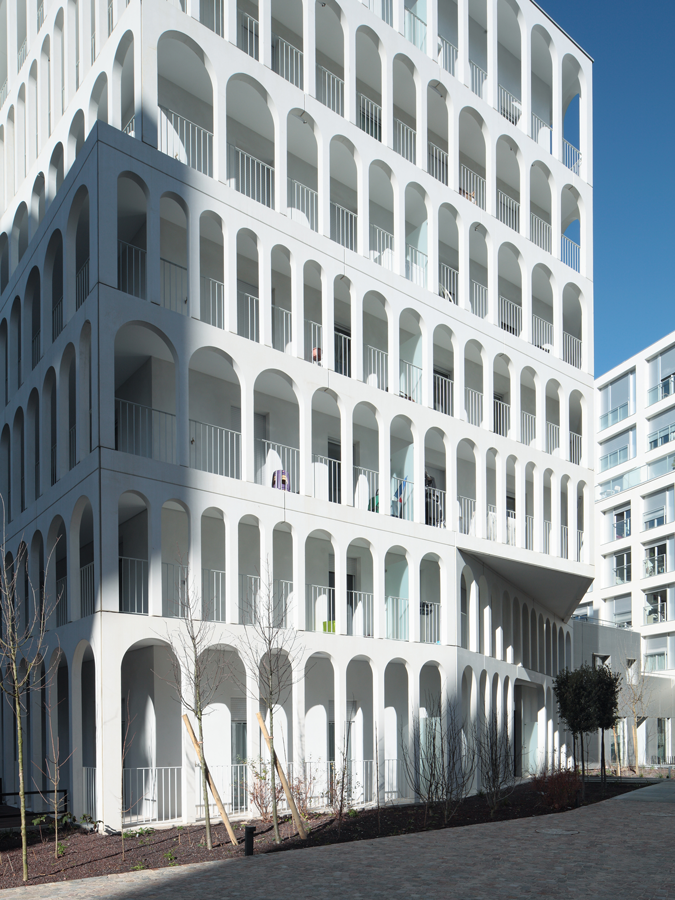 There is an ongoing masterplan to lay the cornerstones which turn the outlying Boulogne-Billancourt and adjoining Île Seguin away from its industrial past and into a prospering cultural area. Among others, French architect Jean Nouvel is designing the R4, a 30,000-sq-m space to host exhibitions art previews, performances, press conferences, screenings, shows, debates, auctions and become home to around 20 art exhibitions.

See this project and more housing blocks designed and built by Antonini Darmon in Mark 54.