MIAMI – It has been likened to the Guggenheim; a curved concrete structure almost too large for its location. Whether or not the resemblance is obvious, the Faena Forum by OMA’s New York office is getting plenty of press coverage. The multidisciplinary arts centre – a flexible space that will host a variety of events – is the centrepiece of the Faena District in Florida’s famous beach destination. 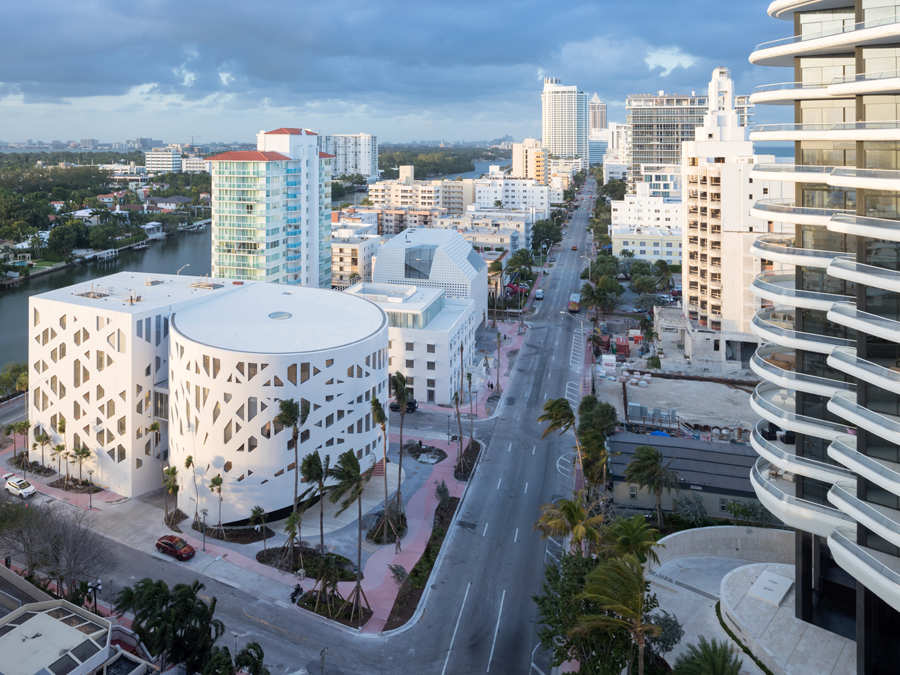 The story of mid-beach Miami is one of transformation. Three years ago, Argentinian businessman Alan Faena invested in the area in a bid to make it an epicentre for the city, having already achieved the same feat in his home town of Buenos Aires. OMA was asked to devise a masterplan for the area, as well as to provide three public buildings. ‘Our New York office was commissioned to conduct research into the “Faena identity” and how this could evolve into an urban design for the district,’ says the firm. ‘We were approached around the same time as Foster + Partners – the firm behind the eighteen-storey luxury residence in the same complex – so our buildings are somewhat in harmony with the overall dialogue.’ 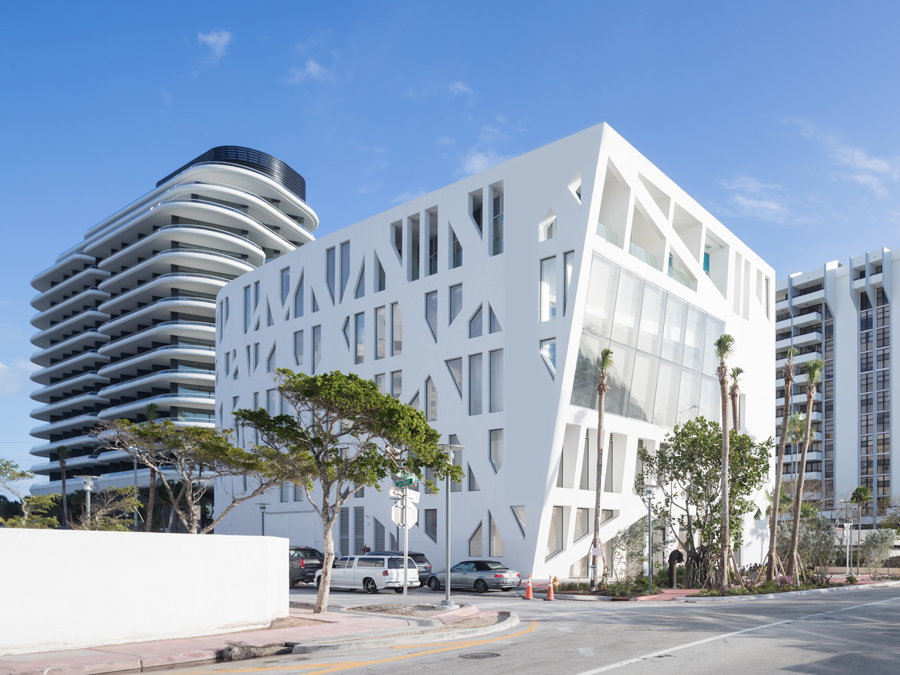 Now, the final stage of the USD 1 billion (EUR 928 million) investment has been completed. In addition to the Faena Forum, OMA reconstructed the Atlantic Beach Hotel – laser-surveying the entire building before razing it to the ground and rebuilding it in a contemporary guise as the Faena Bazaar – and added a new car park structure with a mechanical lift for vehicles and perforated exterior panels to meet the 50 per cent ventilation requirements regulated by code. The trio of buildings is crisp, fresh and white - very white. The forms are simple and link together through a combination of pathways and open courtyards. 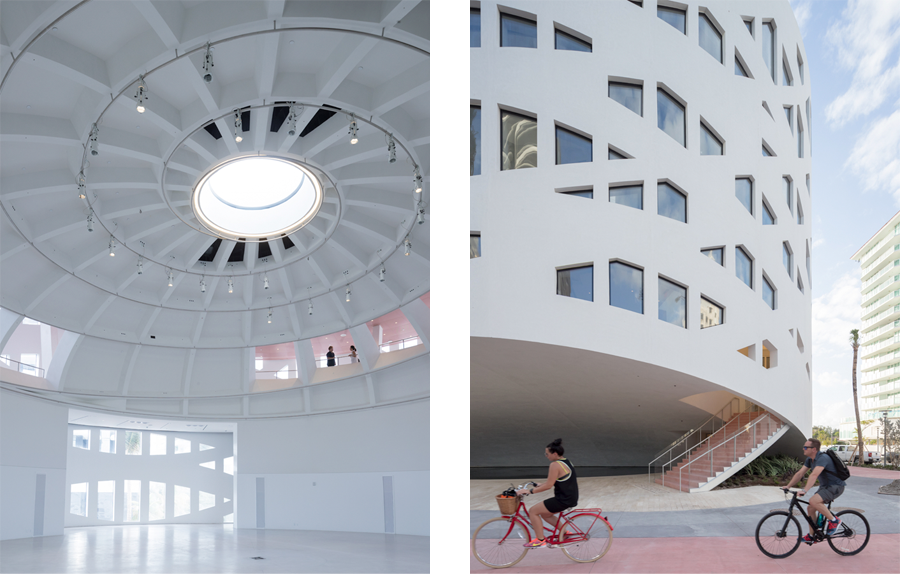 Even though the three buildings were designed and constructed simultaneously, and all built from cast-in-place concrete and rendered in a limestone plaster finish, it is the Faena Forum which is stealing all of the attention. A wedge is cut out of the front elevation to create a cantilever of 13.5 m at the entrance. In similitude with another piece of iconic architectural history, the Pantheon, the structure comprises two adjoining elements – a cubic volume and a classic cylinder – which hide a 12-m-high internal dome with an oculus that provides a stream of natural light.