A Spanish taqueria offers a ‘city within a city’ experience

Poinsettia-red peppers, cilantro the hue of radiating emeralds, lilac-tinted onions. Colour is integral to discerning the quality of produce, an essential part of inviting the eater to select, prepare and enjoy. This chromatic allure, a power well-respected in Mexican culture, was something that Erbalunga Estudio chose to capitalize on in the design process for Sierra Madre Taquería, newly opened in Vigo, Spain.

The Spanish town is the largest in the Galician municipality, and nears the Portuguese border. Vigo, unlike landlocked Monterrey, is home to a port and kilometres of stunning coastline. There’s something that Vigo didn’t have, however, up until the opening of Sierra Madre: tacos, Monterrey-style. The Mexican owners of Sierra Madre felt that they could offer Vigo slow food, made in the urban style they were accustomed to.

If prompted in debate, it would likely go uncontested by many that tacos are a divine privilege bestowed on humankind. Why else would there be a weekday dedicated to them? A spot like Sierra Madre could easily be found in a place like Los Angeles. It largely adheres to the commandments of an aesthetic seemingly borne of Southern California: a lime-coloured neon sign with the inscription ‘Taco Lover,’ decorative cacti details and light blonde wood detailing help provide the ambiance. 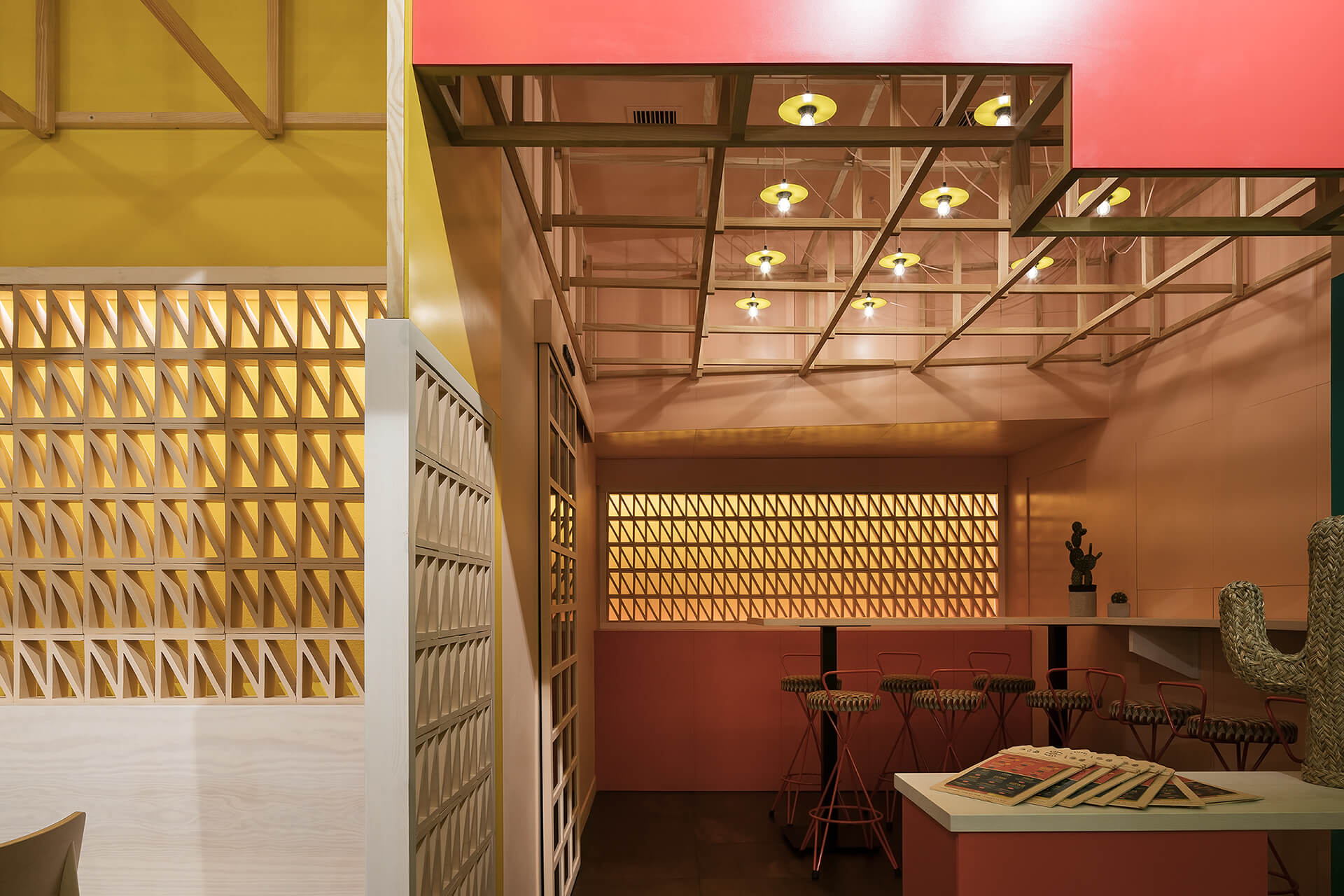 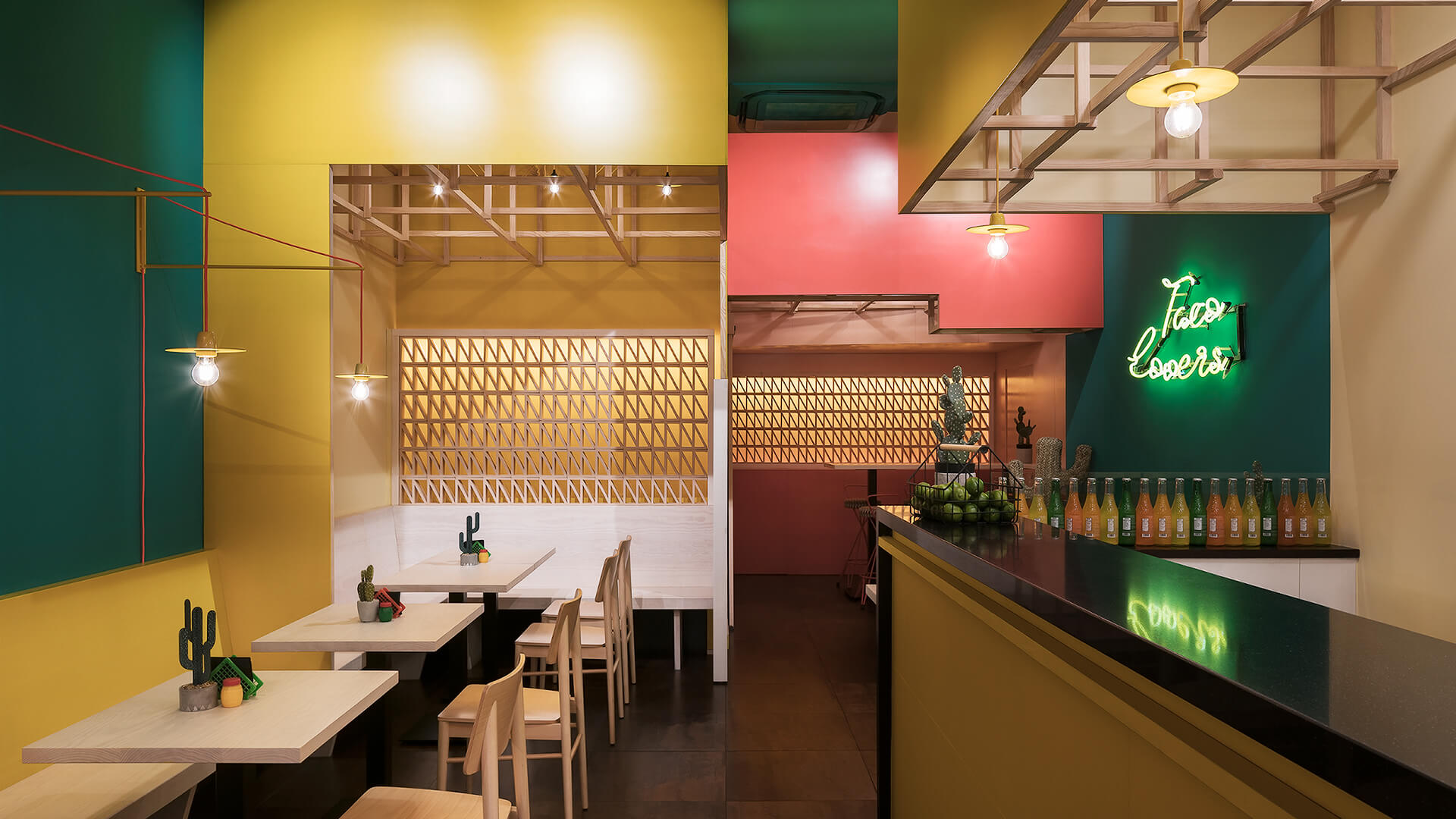 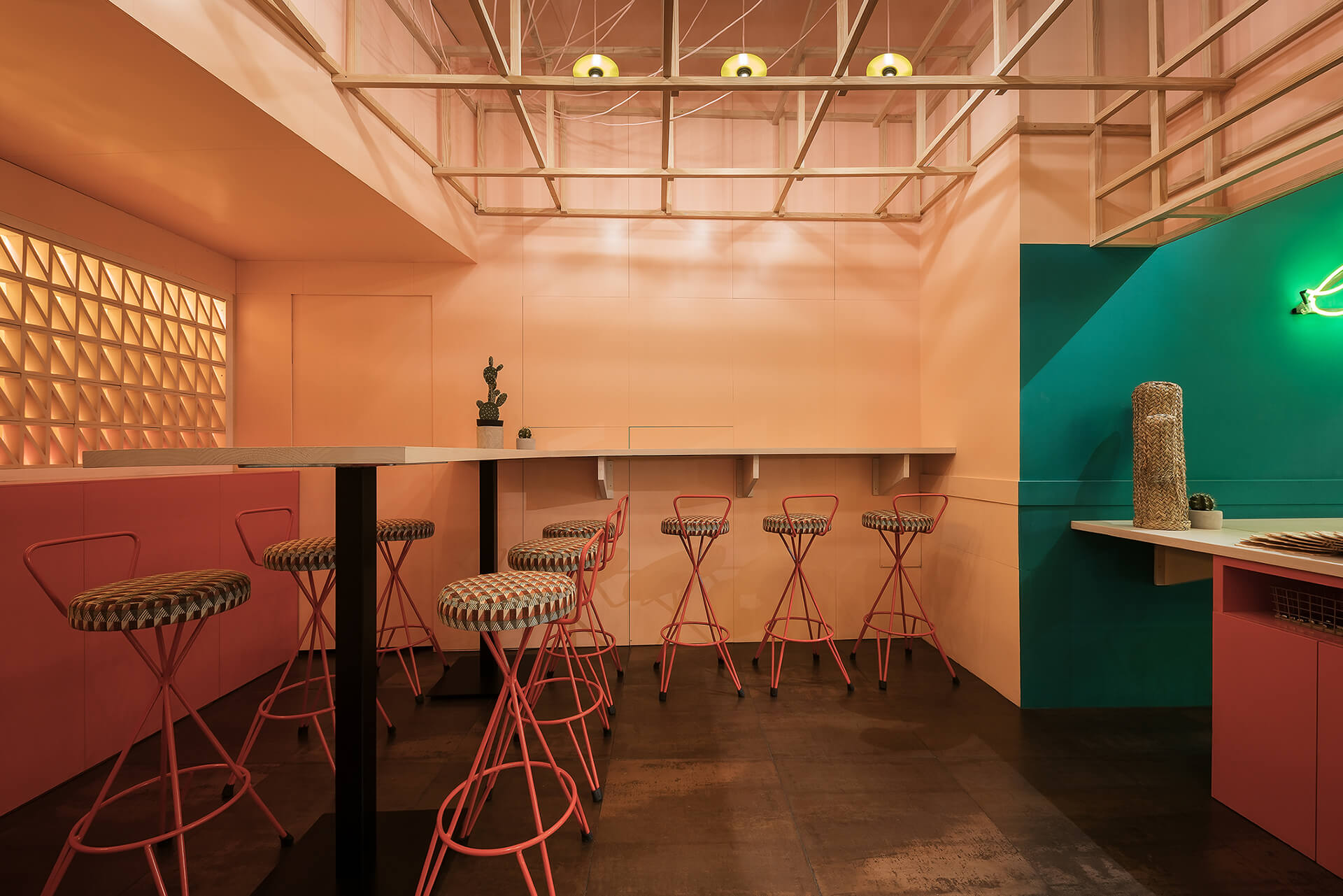 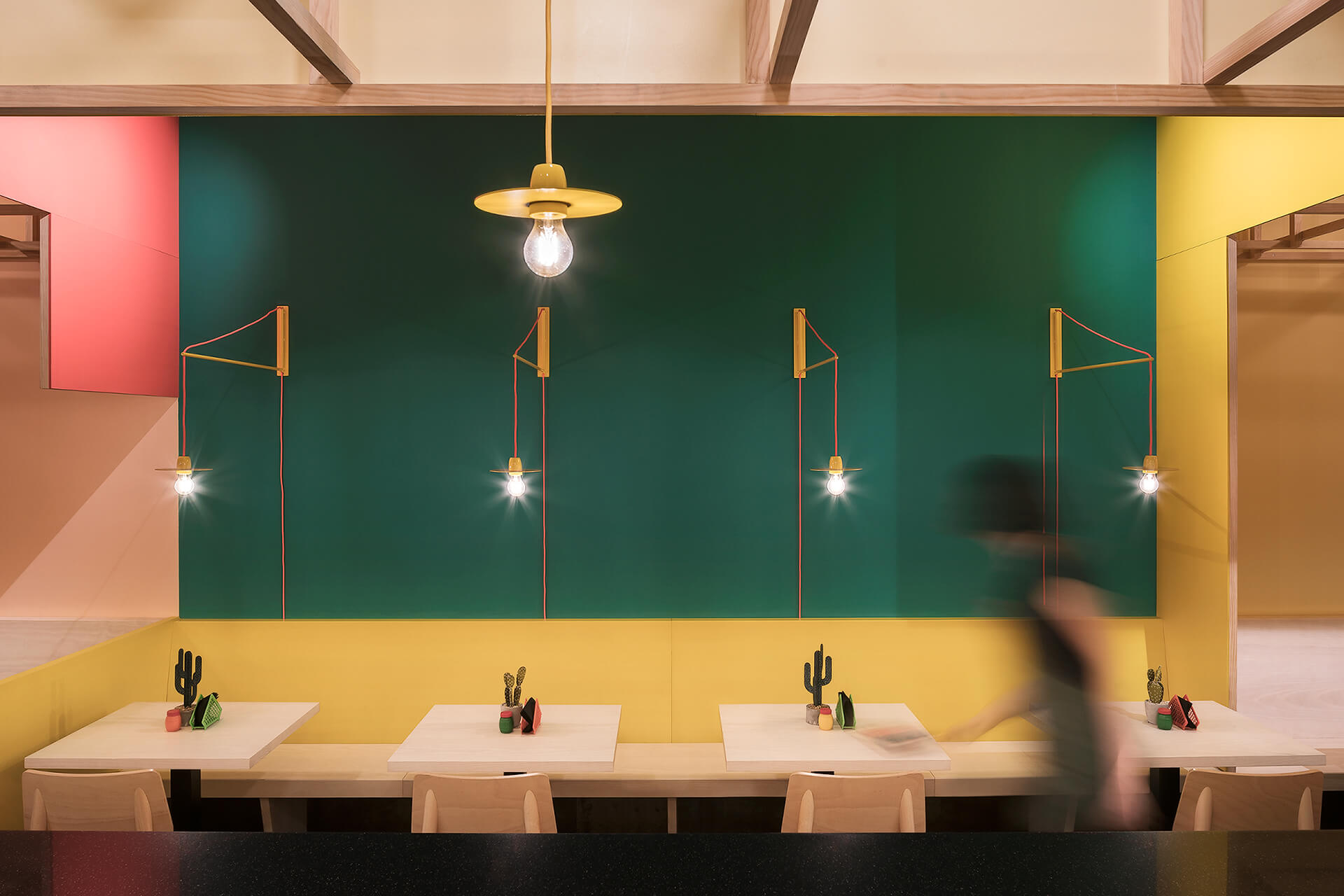 The composition of colour plays a fundamental role to generate the Mexican atmosphere, opposed to the external reality of the city of Vigo, giving a vibrant experience linked to the city of Monterrey.

A line of multi-coloured Jarritos, the Mexican soft drink of choice for taco enthusiasts, is a focal point upon entering the taqueria: the pattern synchronizes perfectly with the shades selected for the wall paint. The shift in colours on the walls – one botanical green, one starfish coral, one legal pad yellow – along with the use of scale differentiation in the woodwork help to spatially engage diners in the linear atmosphere. The walkway paths were implemented in the layout of the restaurant as to incite a feeling of exploring a new city.

‘The composition of colour plays a fundamental role to generate the Mexican atmosphere, opposed to the external reality of the city of Vigo, thus giving a vibrant experience linked to the city of Monterrey,’ said Arminda Espino Vera, founding partner at Erbalunga Estudio.

Food is a key player in being able to access another culture, no matter the distance. It is Sierra Madre’s mission to allow escapism via food and complimentary dining space that makes the taqueria a means of ultimate Mexican escape, without needing to leave the Spanish border.