MALI LOŠINJ – As the classicists among us will be well aware, Apoxyomenos is a type of ancient Greek sculpture portraying an athlete scraping dust off his body. There are only eight left in the world, so it was big news when one was found near the Croatian island of Lošinj in 1999. After a lengthy global tour, the statue returned to its spiritual home in a museum designed by Idis Turato and Saša Randić that serves as an immersive visual journey towards the Apoxyomenos. ‘Mali Lošinj is a tiny town on a remote Croatian island, so we had to have spectacular architecture to attract tourists and visitors,’ says Turato. ‘Plus, this is probably the only museum in the world with just one exhibit, which is why the house has a life and a story as unique as the sculpture.’ 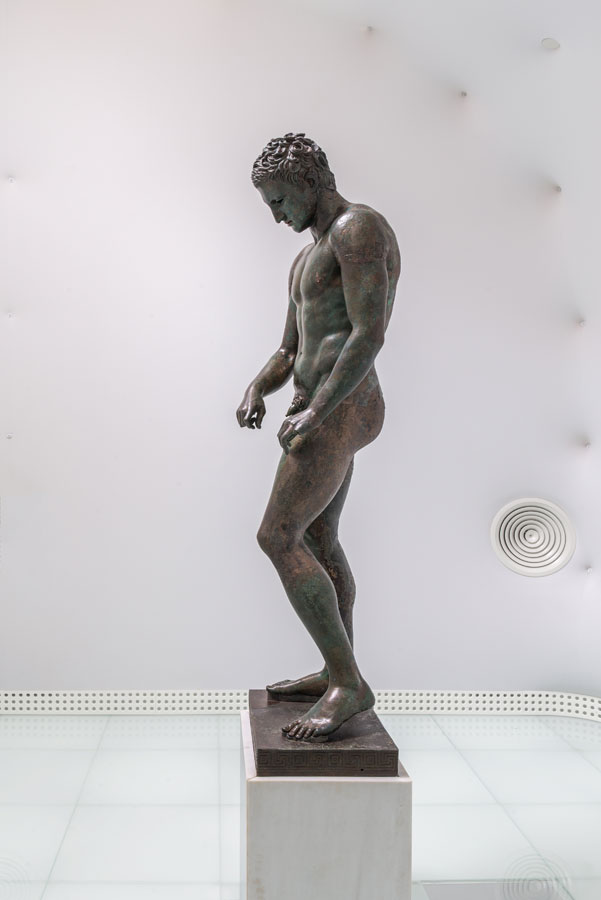 The result is nine eye-popping interiors showcasing parts of the statue’s history that run the full range of the visual spectrum – and then some. Searing blue surfaces, black rubber and olive wood vie for attention, but the most sensational space in the Museum of Apoxyomenos is the Multicolour Room, a cinema decked out head to toe in carpeting designed and produced by Studio Kulenturato, aka David Kulen and Nora Turato. ‘We were inspired by tapestries and wall ornaments used in the foyers of early 20th-century cinemas,’ says Kulen. ‘Lush motifs of seaweed and wheat are intertwined to form an “art-techno” tapestry that symbolizes the story of how the statue was recovered. The carpet uses over 14 colour ranges and gradients with numerous shaving depths, creating a vivid three-dimensional surface.’

The exception to the colour scheme is the room in which the statue is located. Turato takes up the thread: ‘While the museum was being built, I saw an interior designed by Vanja Ilić. It was completely dressed in white translucent textile in a way that made it impossible to sense the dimensions or the outlines of the space. That’s when I realized that something similar would be necessary to present the sculpture in the best possible way.’ 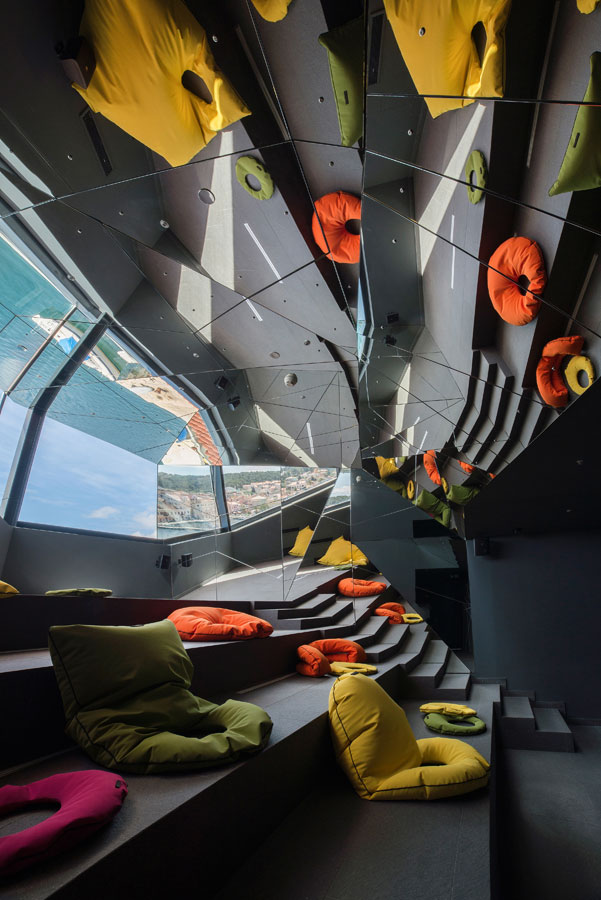 Find this project featured in Frame 112. Find your copy in the Frame Store.