A centuries-old mill, a millennium-old site: this film captures a timeless conversion

Weaving 87 miles through downland, secluded valleys and woodland, The Ridgeway marks a route in southern England that’s been traversed by men and women since prehistoric times – it was given its name by the Anglo-Saxons. Along this trail, in Wiltshire County – home to Stonehenge – stands an 18th-century water mill. Since it ceased functioning as such, the building has not seen permanent inhabitation. But London-based architecture practice McLaren.Excell resolved to update this status with a considerable restoration and extension.

The transformation of Lower Mill into a residence is the subject of Vola’s fourth in a series of short films focused on architecture and design. To share the rich history of and give new life to the mill, Vola was moved to produce A Sustained History, which records McLaren.Excell’s thoughtful conversion. The film illustrates how timeless design can endure and prove relevant to generations spanning centuries.

Despite the (relatively young) 300-year-old origin of Lower Mill’s structure as it stands today, its history extends back at least a millennium: it’s one of two village mills recorded in the Domesday Book, a manuscript record of King William the Conqueror’s ‘Great Survey’, completed in 1086. Still intact are the ancient water courses and the Victorian milling machinery and water wheel that came seven centuries later. Suitable that Vola, a brand for which water is integral, should immortalize the Grade II-listed site on film.

A Sustained History captures the rich architectural textures of Lower Mill, both old and new, and its bucolic surroundings. Materiality was an utmost consideration during the project: respecting the industrial fundaments and celebrating the mill’s enduring features, McLaren.Excell introduced a simple palette of stone, concrete, timber, metal and a painted surface. Raw-plate steel is the primary material – ‘simple, functional and honest’ explain the architects, like the building itself. Floors and walls are clad in light textured oak, and natural daylight seeps through the original leaded windows. 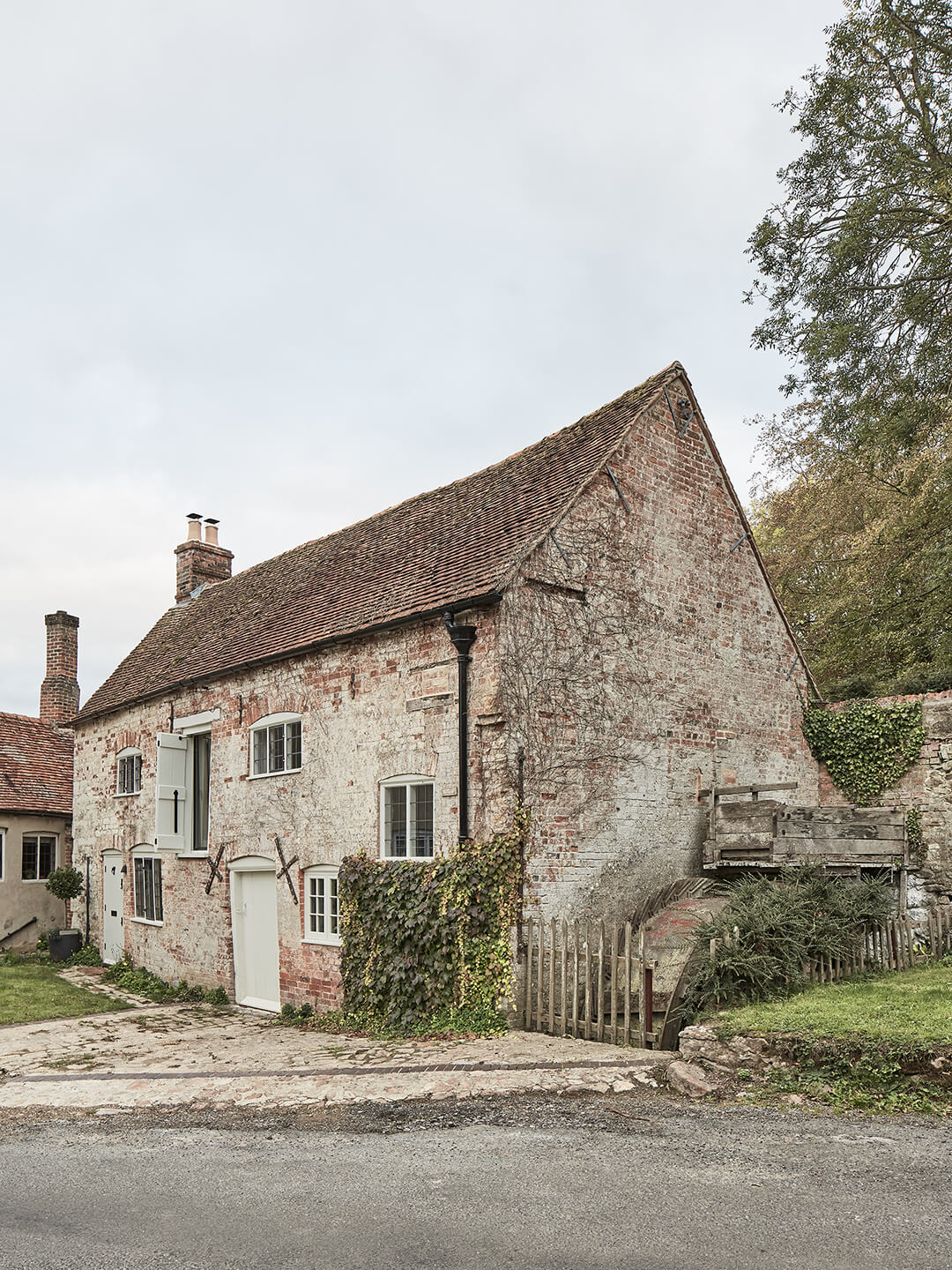 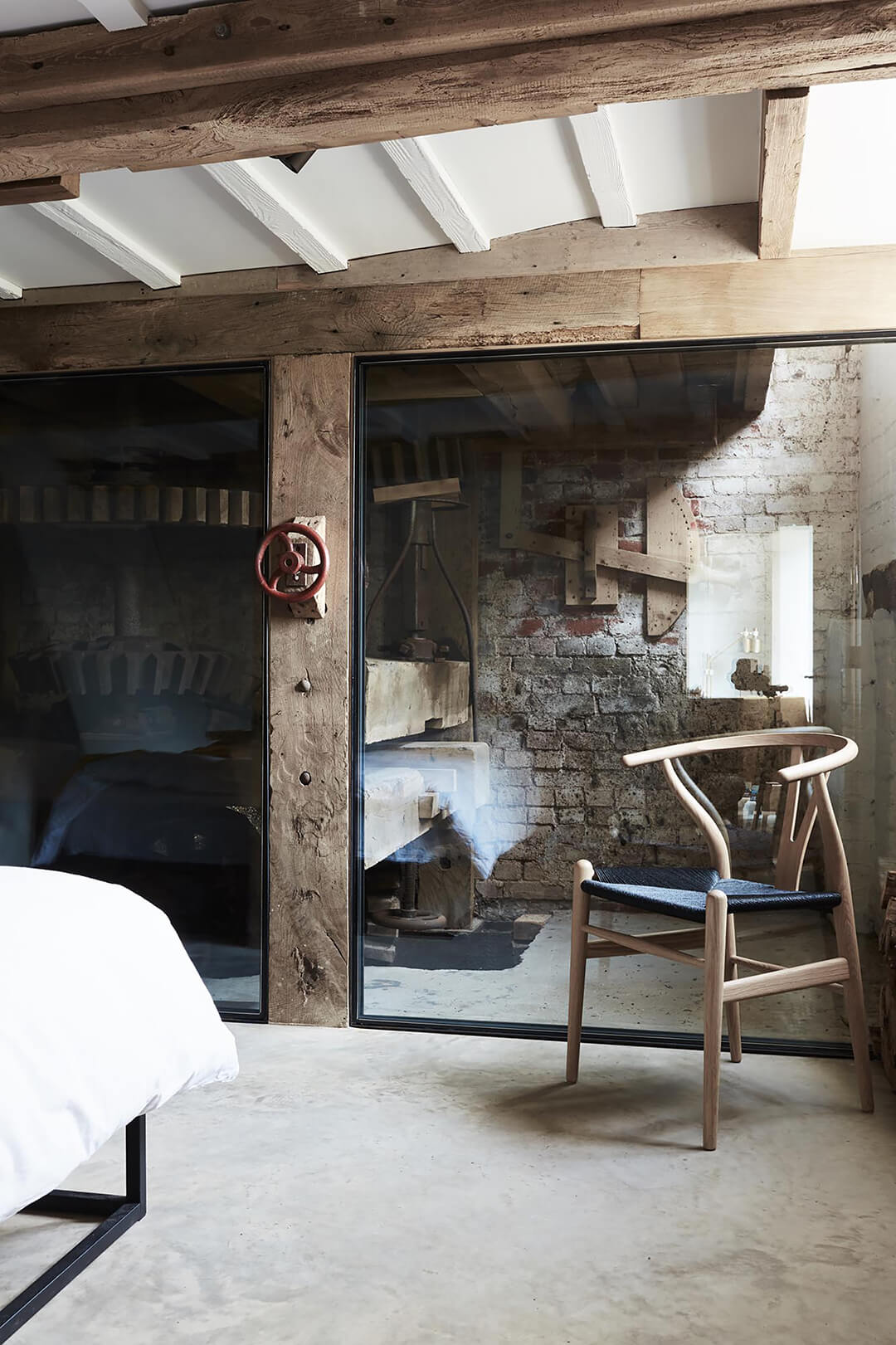 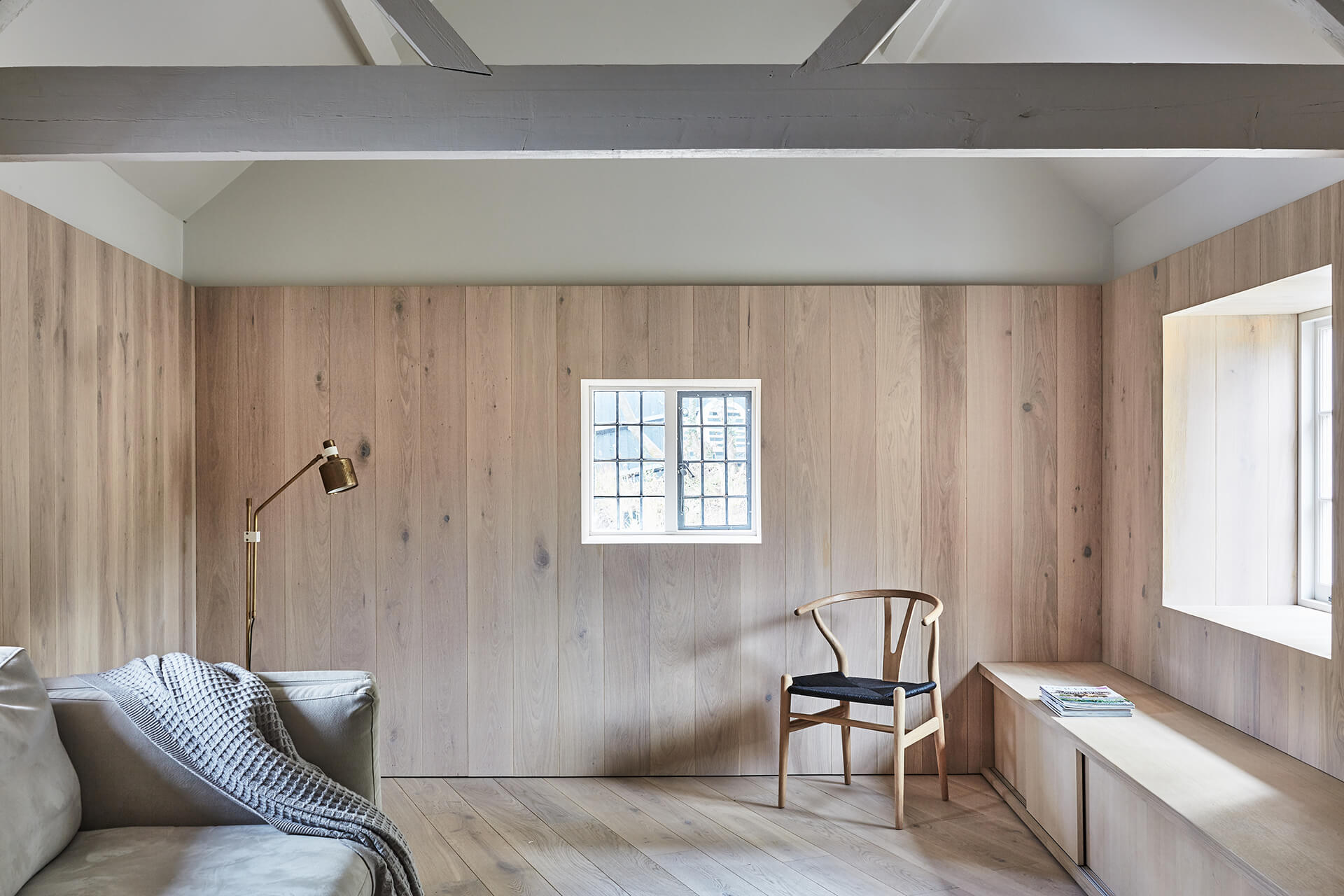 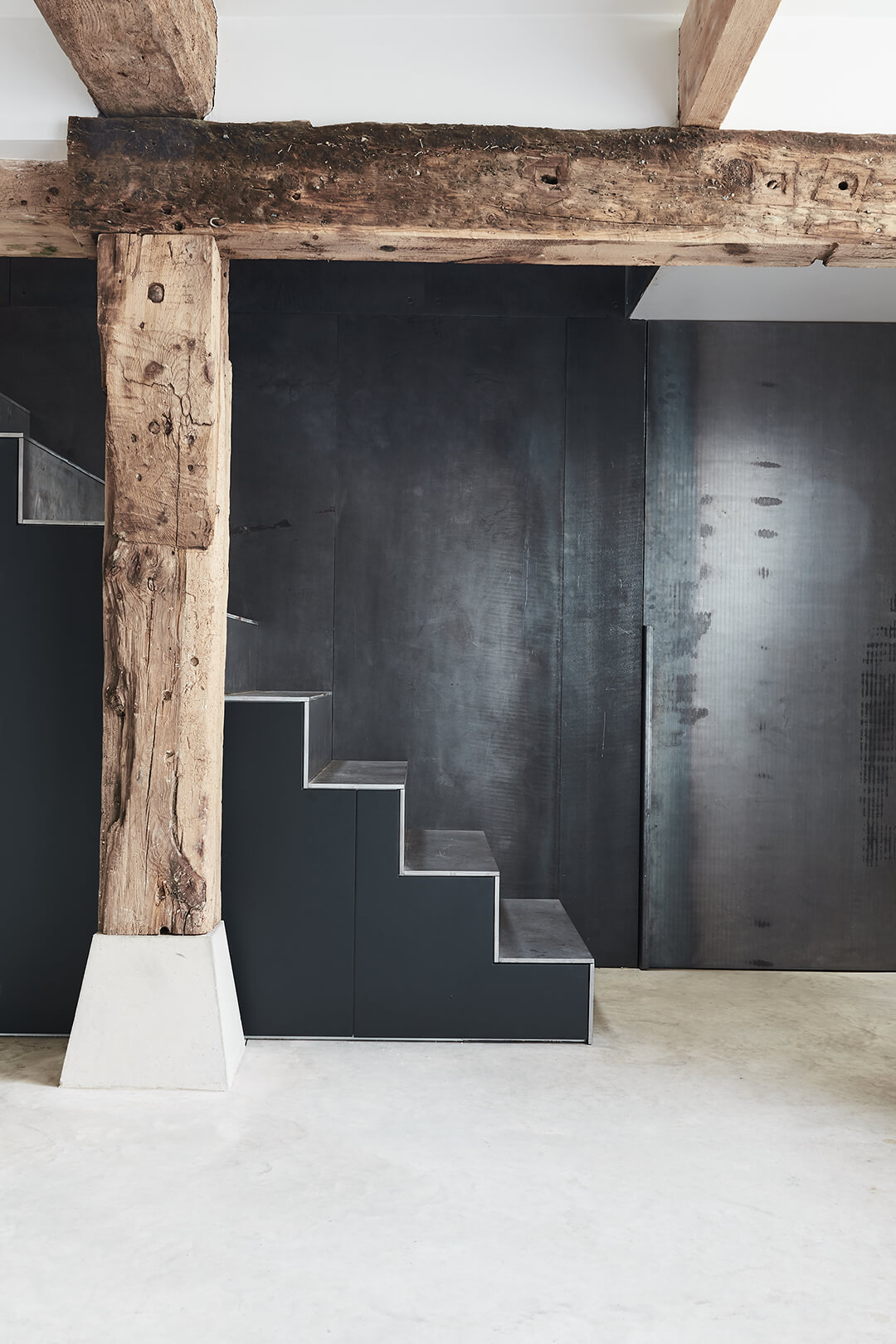 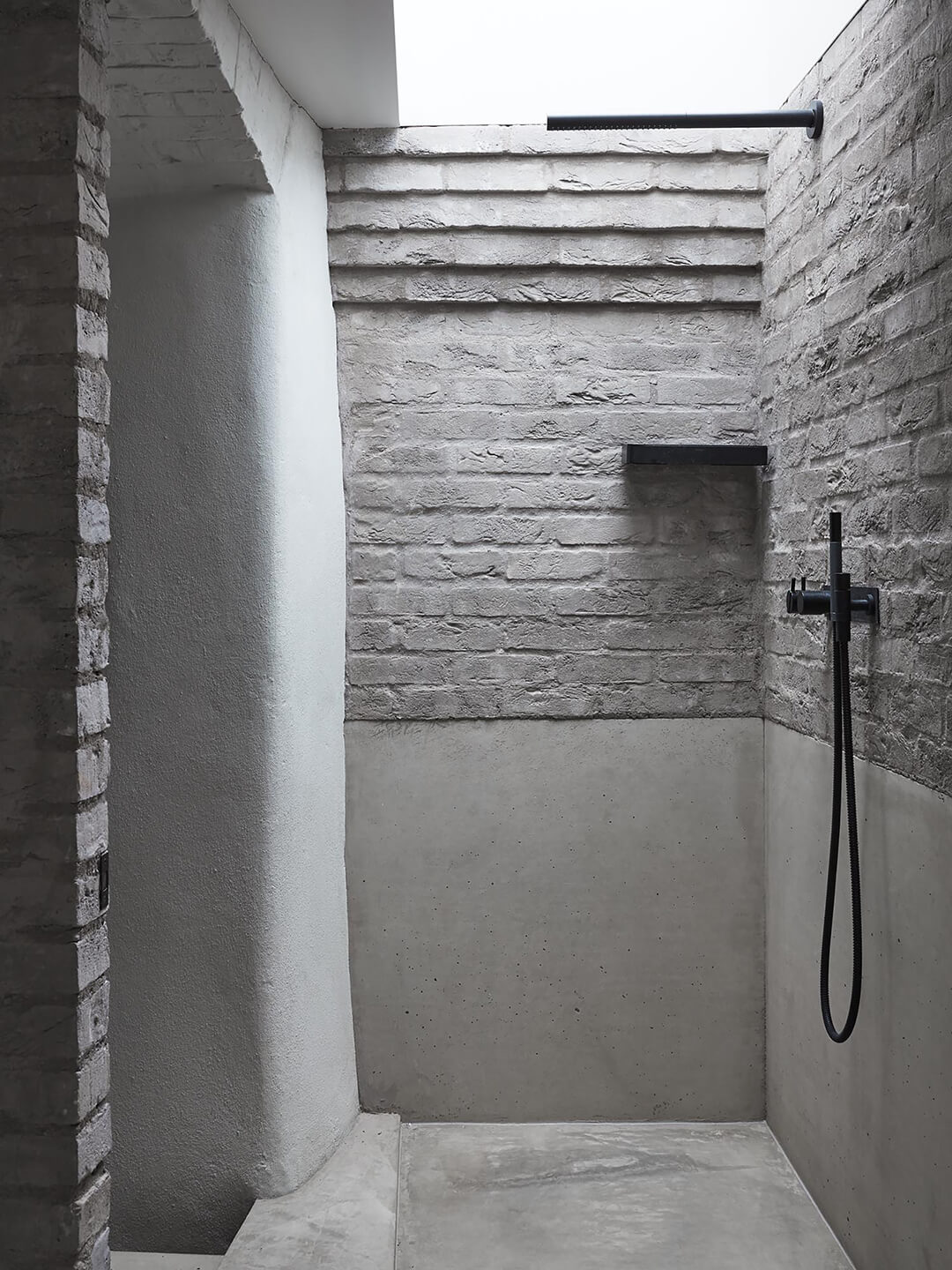 ‘There’s nothing that will date about the quality of a space,’ says Luke McLaren. ‘That is a timeless thing. There’s nothing that’s going to date about the quality of light that you’ve managed to achieve in a building; that is also timeless. But how you detail, how you choose materials in an appropriate way, how the building feels, for want of a better word – those things can age, and it’s on that level that you need to be really careful that what you’re doing will stand up to time and will endure.’

Values, notably, that are too the essence of Vola.

A Sustained History's filmography is by Chris Turner. To see Vola's other short films, click here.